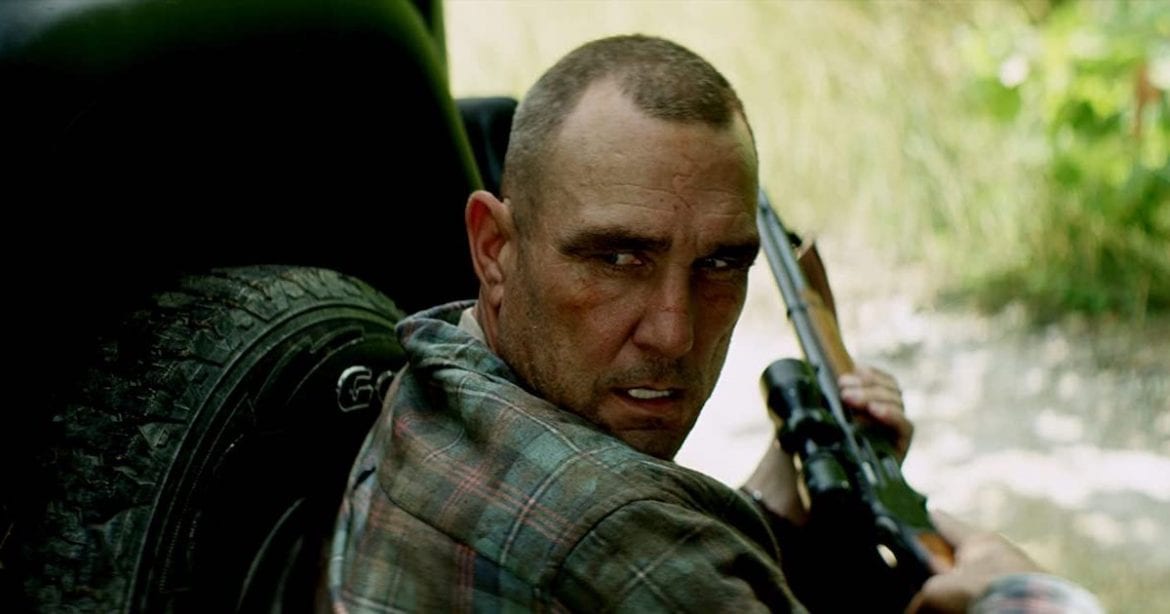 A mob enforcer with a troubled conscience, a crime boss who wants to go legit, and an oilman with a fatalistic code of honor. These are the three main players of Scott Wiper’s The Big Ugly. They drink hard liquor, wake up with mysterious bruises, have trouble sleeping, at times they lash violently against the world around them. They are participants of the underworld. Things work differently here. A world in which the way you live is just as important as the way you die…

It takes place in the hills of Appalachia. There’s talk about being respectful to the locals, the love of the land. It features limey gangsters making a deal with a Southern Oilman. Those who stand against this deal are dealt with, are made to disappear. All goes well, then it doesn’t. It culminates in inevitable violence.

It’s a typical cast of characters. The story is riddled with common tropes from different genres: there is the code of the warrior; the compromised morality of the noir genre; the outlaw justice found in the Western genre; there’s also some gangsterism.

The Big Ugly stars Vinnie Jones, Malcolm McDowell, and Ron Perlman. I’m fond of all three performers — though truth be told, all three, despite their talents, have been known to lend their talents in numerous B-movie fodder. Many would dismiss the film from the outset.

Yet no matter how many crappy films these three actors participate in, I’m always rooting for them. I know they can all be extraordinary when used properly. Therefore, I was hoping that somehow, The Big Ugly would rise up from the dens of VOD’s in which Jones, McDowell, and Perlman have starred in.

In the opening, we see Neelyn (Vinnie Jones) narrating about the reasons people participate in wars — for either land, God, or Oil. We see him in the woods of Appalachia, wielding a rifle. Someone is hunting him…

We go back to where it started, Neelyn is on a private plane on the ways to Appalachia, together with his girlfriend, Fiona (Lenora Crichlow), his boss Harris (Malcolm McDowell) and Harris’ escort, Jackie (Elyse Levesque). There, Harris is supposed to set up a money-laundering scheme with an oilman, Preston (Ron Perlman).

Preston is shown to be a man of honor, though he exploits the land for obvious financial purposes, he makes it his mission to be respectful to the locals. We even see him eating bread with local drunk, Thomas (David Myers Gregory). The same, unfortunately, could not be said for Preston’s womanizing son, known as Junior (Brandon Sklenar), who seems willing to jeopardize the deal if it means putting another notch to his belt of debauchery.

Meanwhile, Will (Nicholas Braun), the kindly young foreman to the oil operation, gets into conflict with Junior over the affections of a local bartender, Tomi (Joelle Carter).

Like Preston’s main henchman, Milt (Bruce McGill), Neelyn is fiercely loyal to his own boss. He’s even willing to gun down an old confidante of his, Big James (Stephen Marcus), under orders from Harris, just to make sure the deal goes forward without a hitch.

But loyalty is soon tested among the main players when Fiona goes missing one night and Neelyn rightly suspects Junior to be the culprit. Neelyn sets off on a course of violent retribution which prompts an inevitable conflict between Harris and Preston. These powerful men will have to make a painful choice: should you always stand by your son, even if your son might be an unrepentant monster? In the world of The Big Ugly, it’s not about doing what’s right, it’s about being willing to die for what you believe in.

The Big Ugly is not a moronic, bottom of the barrel action movie. It’s restrained, character-driven. There’s a surprisingly little amount of violence. This is not just your average VOD action film. It might have all the ingredients to become just another mindless action schlock. Instead, it focuses mainly on the internal conflicts between the characters.

Guns are drawn, people do get shot, but it’s not really an action film. It’s closer to a noir thriller or a modern Western. If you change the time period and make a few modifications, this could have easily been a Western. Seeing as it’s set in Appalachia, with characters living on the land and some wearing Stetson hats, you can see that many of these characters are attracted to the myth of the American West.

As an actor, Vinnie Jones will never be confused for having Shakespearean qualities, yet his dramatic range in The Big Ugly is to be commended. He gives the character a gravitas and an air of tragedy. He gets beaten down, he’s not invincible. There’s an even a pathetic nature to the character. He knows he’s no good but he wants to do right to the memory of the woman he loved.

Malcolm McDowell initially seems to replicate his psychotic mob-boss character in Gangster No. 1. — which is not a bad thing in itself, because it’s hellaciously entertaining. But it soon becomes clear that the character of Harris seems to have more going on. Throughout the years, he’s grown softer, he aches for some genuine loving company. Yet, even at his age, intimacy is something he must buy, it’s not something someone is willing to give him.

Ron Perlman almost steals the entire movie. Similar to Harris, he could have easily been a typical antagonist but instead, we see a character that is trapped by his moral code. We see that he doesn’t blame Neelyn for wanting to avenge Fiona, stating that he would have probably done the same thing. Deep down, he knows his son is no good but he is willing to protect him, even if it means going against people close to him or risking his own life. It’s just something he has to do, he isn’t able to live any other way.

The highlight of this film is seeing McDowell and Perlman act beside each other. There’s interesting chemistry between the two which is aided by some excellent dialogue.

Special mention has to be given to Bruce McGill, the great character actor who plays Preston’s number-one henchman, Milt. It’s always a joy seeing McGill and you can see the loyalty and affection he has for his employer. There’s also a great dialogue scene between him and Vinnie Jones, in which Milt explains his undying allegiance to Preston. Even though the script suffers from too much exposition, McGill makes this particular scene work.

The Screenwriter Might Have Gone a Little Too Far in Places…

There are certainly some pertinent issues with The Big Ugly. For one, the character of Junior is one note. There’s nothing redeemable about him, just another bully who ruins it for the rest of us. He is definitely the weak link among a group of interesting, morally dubious three-dimensional characters.

The screenplay is also riddled with exposition. A minor character suddenly details her history. The inner workings of the main characters, are out in the open, spelled out for us. This isn’t always the problem. It’s wonderfully entertaining seeing Ron Perlman monologuing for instance, but occasionally it goes too far.

There’s also no mystery to the story. Perhaps this was intentional. The evil-doer is revealed early on, there’s just the question of the manner of retribution. The ride is enjoyable, but there aren’t many surprises along the way.

Love for the Story

If you read the background on this film, you know that the road to its eventual production was long and arduous. The film was a passion project. The setting of Appalachia had emotional significance, there was genuine respect for its locale and dismay at how the land was exploited. Tragedy struck during pre-production. Scott Wiper’s mother passed away during production; soon after, a dear friend of his drank himself to death. Vinnie Jones’ wife was terminally ill. Before her death, she did approve the final cut — the film is also dedicated in her honor, and perhaps the personal loss of Jones’ wife elevated his performance in the film.

Reading about the influences behind this film, you appreciate the story even more. You’ll see the morally dubious nature of Jim Thompson’s literature, the deathly code of honor that killed Sam Peckinpah’s’ Wild Bunch. At the same time, the characters of this film (besides Junior) are motivated by the love of others.

It’s not a nihilistic story, it’s about giving meaning to one’s life. It’s about finding something to die for. The most important of all, it seems, is loving someone.

Thank you for reading! What are your thoughts on The Big Ugly? Comment down below!

[…] an excellent score by Alexander Cuervo. The music manages to mix foreboding and a fun, gun-toting Western attitude. Especially during the end, the score even manages to tug just a little at your […]