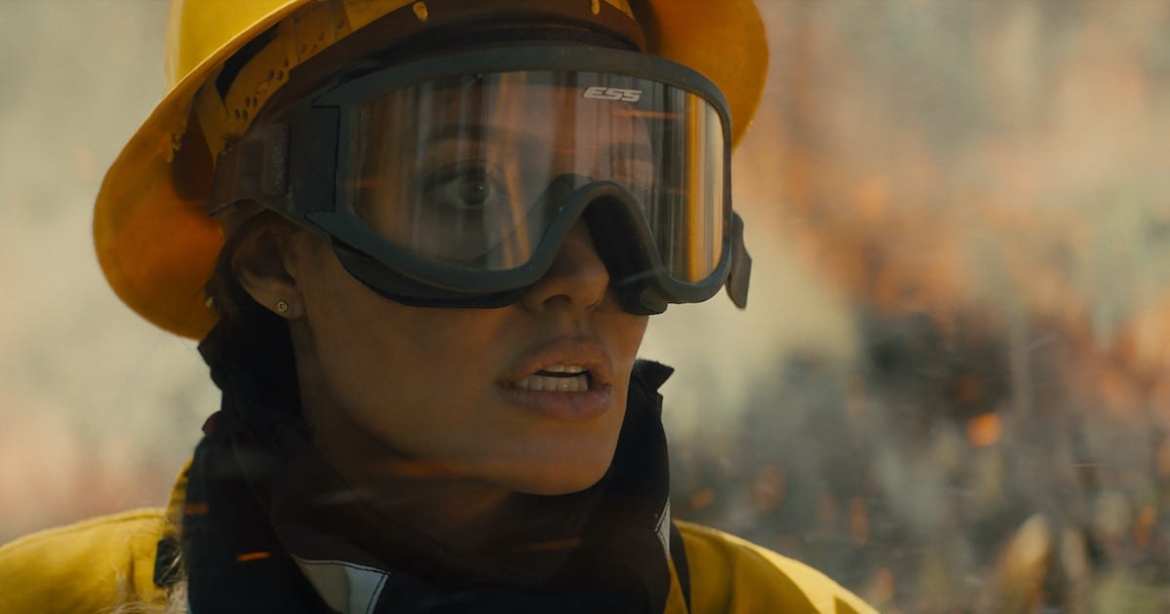 Taylor Sheridan emerged as an exciting new screenwriting talent in the mid-2010s. A long-time TV actor who appeared on shows like Sons of Anarchy and Veronica Mars, Sheridan’s first screenplay for 2015’s Sicario introduced the world to his unique stylings and perspective of life in the modern American frontier. His unofficial trilogy of the American frontier that includes the aforementioned Sicario, Hell or High Water, and Wind River (which he also directed) are impressive exercises in combining the conventions of both neo-Westerns and crime thrillers and blending it with his trademark grit and intensity. His writing brings a real sense of authenticity with his presentations of these harsh Western environments as characters of their own, while presenting human characters who are not often depicted in cinema with a surprising amount of soul.

Naturally, Sheridan returning to his wheelhouse as both writer and director for an adaptation of bestselling author Michael Koryta’s novel about redemption, survival, and confronting the elements in the mountain forests of Montana seems like it should be a home run. But Those Who Wish Me Dead, while having all the ingredients for creating a heart-pounding, high-intensity atmospheric thriller, unfortunately, is a hot mess.

Hannah Faber (Angelina Jolie) is a Montana Smokejumper and survival expert. Traumatized and haunted by three young boys she could not save in a forest fire a year ago and desperate for an escape and some respite, she takes up a solo position at a fire lookout tower in the middle of the forest. However, Hannah’s path soon crosses with that of 12-year-old boy Connor, (Aussie newcomer Finn Little) who is on the run from a pair of relentless and highly skilled hitmen, Patrick and Jack Blackwell (Nicholas Hoult and Aidan Gillen) after they killed Connor’s whistleblower father. With the Blackwells setting the forest aflame to try and smoke them out, Hannah and Connor must do everything it takes to not only survive the blazing inferno that threatens to consume them, but also escape and outwit the dangerous assassins who wish them dead.

Though the premise is fairly straightforward, the film takes a very long time to establish its grounding and gain any real momentum. The first act is littered with clunky exposition, really bad dialogue, and scenes that easily could have been more streamlined had there been a more concrete focus on one character’s perspective. The marketing and trailers of Jolie fighting off the Blackwells and dramatically running through the combusting wilderness to the foreboding tune of Johnny Cash’s “God’s Gonna Cut You Down” suggests Those Who Wish Me Dead is a character-focused action thriller about one woman’s determination and unwavering quest for redemption and survival, but unfortunately, that gets lost among the rest of the movie. Instead, there is so much intercutting between the four different groups of characters that will all converge in this chaotic pursuit that makes the writing muddled and unfocused. Along with Hannah, Connor, and the Blackwells, there is also pregnant survival school instructor Allison (the scene-stealing Medina Senghore) and her husband Sheriff Ethan Sawyer (Jon Bernthal). 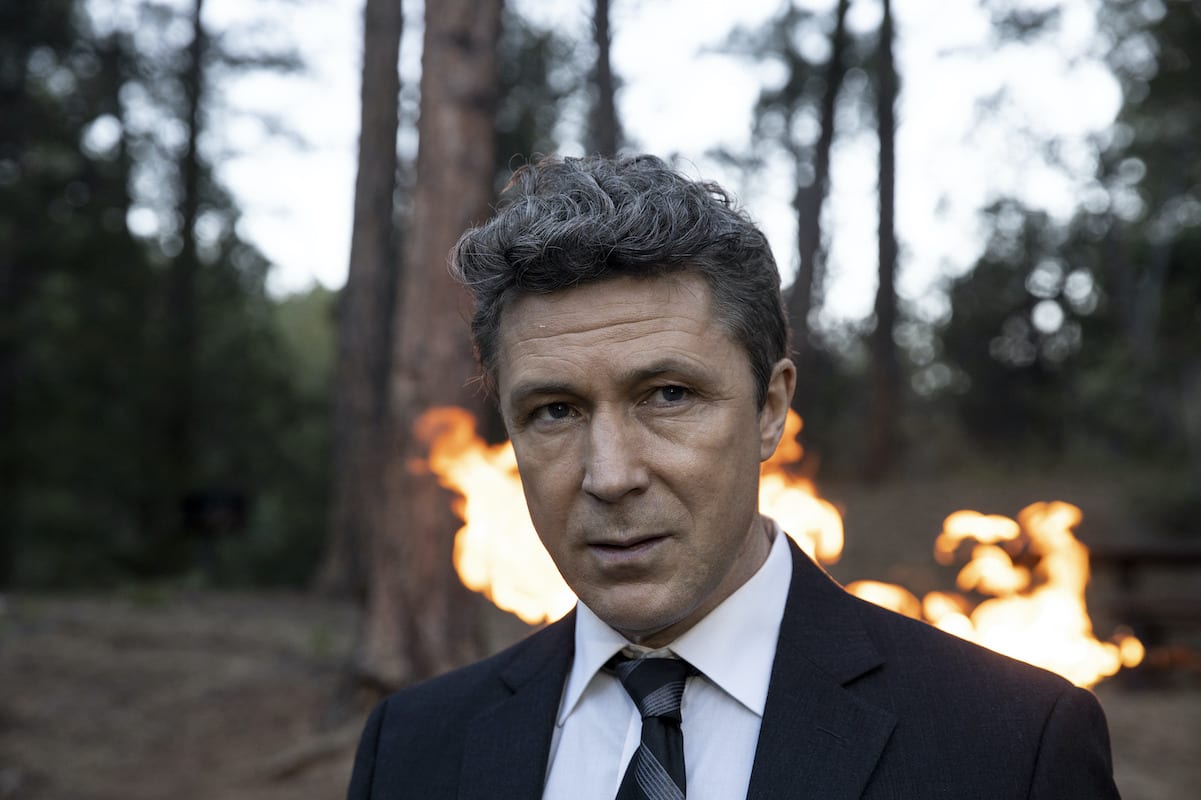 Supposedly in the novel, the Connor character (named Jace in the book) was a witness to random murder at the hands of the Blackwells and is given a new identity and placed in Ethan and Allison’s school as witness protection and Blackwells are hunting him down to tie up a loose end. However, not only do they elevate the stakes and make them more personal by making the murder victim in the film Connor’s father and making Sheriff Sawyer Connor’s uncle to give the film a more relatable and ultimately tragic edge, but they made Connor’s father a forensic accountant that uncovered a vague political conspiracy really catapults the stakes of the film far beyond its reach. It builds on the vital importance of this secretive revelation in the early stages that Connor’s father ultimately gets murdered for, so it is incredibly deflating when what is uncovered is never revealed in the film. So much of the motivation in Those Who Wish Me Dead is for Connor to fulfill his father’s dying wish to tell this information with the world, (so much so it becomes less about the more primal and gritty tale of survival that Sheridan clearly wants to deliver on) but not following through on this aspect feels supremely lazy and toothless with the political commentary it so clearly wants to convey.

That being said, Sheridan’s commitment to authenticity is what makes him stand out and he really delivers on that promise in terms of the production, even when given a significantly larger budget than his last directorial effort, Wind River. While the film does contain some CGI fire, Sheridan and his remarkable production design team built a 300-acre forest set in the middle of the New Mexico desert to ensure the fire effects were real. You cannot deny the dedication to building a whole forest just to burn it down is a crazily ambitious and admirable feat for a studio film today, but the sense of the environment and how it is depicted in Those Who Wish Me Dead falls frustratingly flat compared to his previous works. With most of the film’s epic chase through the forests taking place at night, it is very difficult to make the environment distinct and tactile onscreen. The establishing shots of the expansive mountains of endless forest give you some sense of how vast and unpredictable the environment is, but the locations on the ground feel like the entire manhunt is all contained to the same square mile of forest.

The current cinematic landscape needs more filmmakers like Taylor Sheridan and more of these mid-budget rainy day action thrillers from the major studios that harken back to the 90s, but Those Who Wish Me Dead is an unfortunate misfire that overreaches in its execution. A committed cast and a truly impressive production all let down by a lackluster script and some strange directorial choices that are trying to do too much with a straightforward, yet intriguing story of survival.

Thank you for reading! What are your thoughts on Those Who Wish Me Dead? Comment down below!

Angelina Jolie has the weirdest career. Huge, huge star whose filmography is at least 70% rubbish. And not even insane rubbish like Nic Cage