‘Maleficent: Mistress of Evil’ Is The Fantasy Version of ‘The Fast and The Furious’ 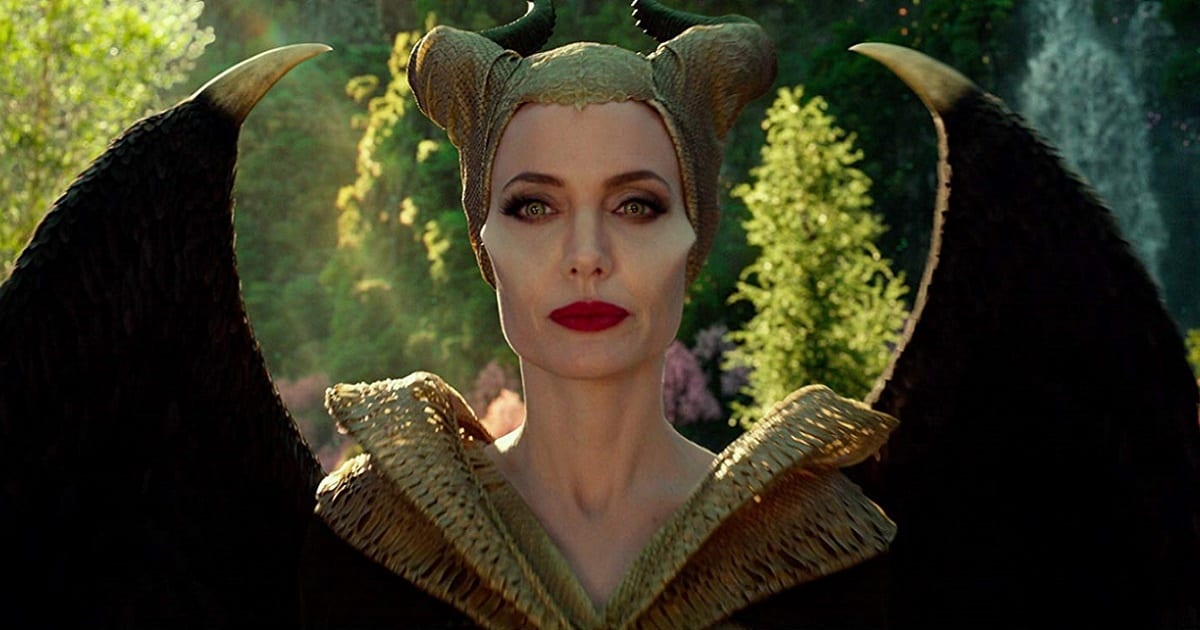 It was merely five years ago when the one-and-done Maleficent arrived in theaters to great box office success. But outside of financial statements, the film didn’t make an impact and has been long forgotten ever since. No one wanted a sequel, no one asked for one. Bob Iger, however, went against conventional wisdom and forced out a follow-up product entitled Maleficent: Mistress of Evil. Now, the toyline associated with the character can come with wings.

Here’s the synopsis that Disney has supplied:

In Disney’s Maleficent: Mistress of Evil, a sequel to the 2014 global box office hit, Maleficent (Jolie) and her goddaughter Aurora (Fanning) begin to question the complex family ties that bind them as they are pulled in different directions by impending nuptials, unexpected allies, and dark new forces at play. The years have been kind to Maleficent and Aurora. Their relationship, born of heartbreak, revenge and ultimately love, has flourished. Yet the hatred between man and the fairies still exists. Aurora’s impending marriage to Prince Phillip (Dickinson) is cause for celebration in the kingdom of Ulstead and the neighboring Moors, as the wedding serves to unite the two worlds. When an unexpected encounter introduces a powerful new alliance, Maleficent and Aurora are pulled apart to opposing sides in a Great War, testing their loyalties and causing them to question whether they can truly be family.

Here’s the real story behind Maleficent: Mistress of Evil:

Once upon a time in…Hollywood, a rich, big mouse wanted more money. However, it was fat and lazy after acquiring the most popular collection of cheese in town. That lust for greed gave birth to an idea: repackage some of the old pieces of cheese it had and sell them with less of the same rich flavor as before.

The idea was a stellar success in the short term. After its fellow mice friends ate it all up, the big mouse decided to take it a step further. Fearing oversaturation, it would make major changes to the recipe, switch out key components and keep the name to maintain interest.

The mice didn’t buy it this time around. Turns out the cheese was too stinky and gross. The big mouse panicked and moved to China for more profits. The end.

2014’s Maleficent infamously turned one of the most iconic Disney villains into a misunderstood, sympathetic hero. Though I find Angelina Jolie mesmerizing in the role, the fact remains that this version of the character is a bit of an unfortunate departure from her roots, even though many may like this new iteration.

I can see where the problem possibly originated. Perhaps taking a charismatic actress such as Jolie and turning her into the character that one can’t root for is a bit of an issue. She has a noteworthy fanbase and unmatched charisma which is why making her the embodiment of all things evil may seem off-putting to some.

But I would gladly pay money to see that version. I want an unremorseful villain that takes pleasure in ruining others’ lives. This is a movie, after all, and Jolie is an actress that can change her on-screen persona, right? Audiences should have every reason to embrace her schemes and witchcraft. Play up her campy, villainous nature; make Maleficent a foe we can love to hate. It seems like Disney isn’t all that interested in traditional good and evil anymore. Even Star Wars is trying to show more of a grey area and blur the lines between the light and dark sides.

Technically, a sequel could amend all of this. And for a while, it seemed as if things were heading that way. Surely this film is titled “Maleficent: Mistress of Evil” for a reason — it has double the evil in the title, does it not?

It Turns Out the Title Is Bogus

I guess they tried? Maleficent is constantly at the brink of finally losing it and embracing the inner hatred within her. Then, just as she is about to blow, the movie cops out at the last minute. Mistress of Evil toys the viewer with wonderful possibilities and never follows through on any of them.

Then there’s the fact that the film tosses the titular character aside, insisting on designating her as merely a member of an ensemble piece. A lack of screen time isn’t necessarily a problem on its own, but Jolie rarely has enough room to stand out within the scenes she is in, even if she is still fabulous in a way that only she can offer.

Many of these new Disney reimaginings make it clear that they’re different iterations of the famous classics that deviate from the source material. It’s always a shame when things like this happen to beloved properties. That said, I’ve always been of the mind that a movie has to focus on delivering an enticing story before worrying about whether it’s faithful or not.

The first Maleficent struggled with both of these aspects. Weirdly enough, Mistress of Evil has some redeeming qualities as a standalone flick:

If you’re an avid film fan there’s likely a few films that are full of plot holes, character development inconsistencies, continuity issues, or other obvious flaws that you’re willing to ignore. Join me in welcoming Mistress of Evil to that rarified group.

The script moves from beat to beat so unnaturally that I found myself laughing out loud several times during the screening. Need a reason for Maleficent to go on an attacking spree? Have Pfeiffer’s character say something petty. That’ll set her off! Wait, Aurora needs to discover a dark secret? Time to reintroduce a random spell that shouldn’t work anymore, of course! By far the best of these confounding moments is Prince Philip’s conveniently timed absence while just about everything happens behind his back.

And yet I am willing to let all this go for one silly reason: this movie is a spiritual successor to The Fast and The Furious franchise. Clearly. For every eyebrow-raising moment, there was something that would make all the shortcomings seemingly melt away for a brief moment. It accomplishes this thanks to the visuals, scale, and absurd action I associate with those movies. Do you go to a Fast and Furious movie to see Vin Diesel mumble through nonsensical melodrama? Absolutely not! You’re there for the wild car chases and over-the-top explosions. It would be wise to approach Maleficent: Mistress of Evil with the same ideas in mind. It is just as goofy, leaning into its wild set pieces while not offering much else.

Mistress of Evil had no right looking as good as it did in its final act. It’s so beautiful and so solidly presented that it makes me wonder if there was some reasoning behind the insanity after all. It’s in the last forty minutes when Maleficent: Mistress of Evil somehow goes up a level while still being noticeably irritating. While watching this long-lost cousin to The Fast and the Furious, I implore you to embrace the action, or else you’ll leave the theater aggrieved.

However, I struggle to identify whether the third act is something that works or not outside of its striking visual flair. Crafting a cohesive narrative is important — and also something that this movie struggles with from beginning to end — but it’s the blatant carelessness that brings out the fun out of the last act. But then again, Mistress of Evil really has a tough time making each arc cohere.

What I can definitively say is that I appreciate the end and less so the journey.

At least Maleficent: Mistress of Evil is miles better than the first Maleficent. Joachim Rønning may not be set on a career in arthouse cinema, but he has a baseline understanding of how to present scale. (Admittedly, he’s still learning to fully utilize it to maximum effect.) This movie does a lot wrong. It’s ultimately not the fantasy epic it builds itself up to be because it doesn’t necessarily care to do the work. Funny enough, however, the very same negligent attitude prevents the film from falling short of being totally disregarded. It fails mightily in storytelling and heads straight for the wow factor.

This movie is that kid in school that deliberately cheats on a test. He or she isn’t invested in actually doing the work to succeed, but this person will settle for a cheap trick or two to get by. Usually, those students end up getting a low grade anyway; the cheating only keeps them from failing outright. Maleficent: Mistress of Evil deserves that same fate.

Thank you for reading! What are your thoughts on Maleficent: Mistress of Evil? Comment down below!

[…] Waterworld was originally conceived as Mad Max on the water, but it was still a large scale, a fantasy epic that was not based on an already established IP. Something that is rarely seen anymore on the […]