‘Cruella’ Is a Very Odd, Yet Highly Watchable Disney Departure 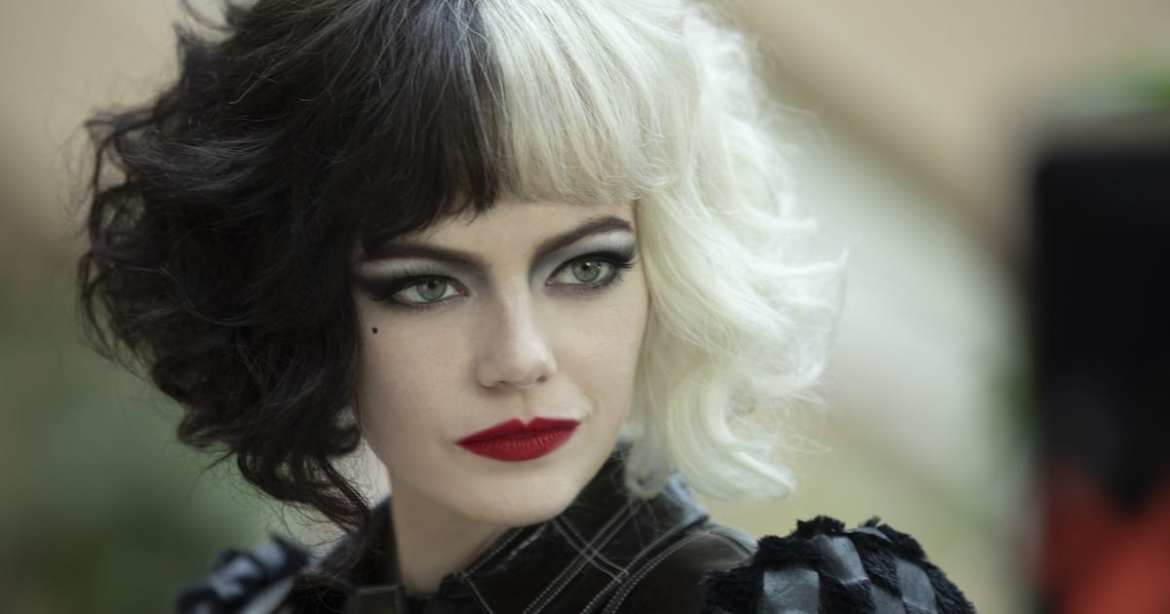 You’d be hard-pressed to find someone who asked for a 134-minute origin story of a character who originated in a 79-minute cartoon, but alas, Cruella is here. Since the film premiered, much of the conversation has seemed to stem from a similar thought. Questions like, “why do we need this?” or, “who is this for?” have dominated the discourse. Frankly, I find that angle mostly unhelpful and counterproductive. Of course, a bloated prequel to a Disney villain may not be the most ideal way to spend one’s time, but such questions are often more revealing about the person asking them than the film itself. It’s a line of thinking that seems to suggest the person asking it has a very narrow view of what entertainment can be, and they don’t have the presence of mind to think that other people just might have a different perspective that makes something like Cruella worth watching.

I’ll admit, I’ve probably fallen back on that critique in the past, but it’s something I try to avoid and will hopefully remove entirely from my criticism moving forward. Still, Cruella is definitely a tweener, a movie that is noticeably different from the Disney norm. But tweener films are often the most interesting to discuss; they don’t fit neatly in a box. So no, I won’t attempt to tell you who exactly Cruella is for (judging by the box office receipts and word of mouth, it’s a lot of people), but I will dive into how this oddity is highly uneven yet strangely entertaining.

Disney Sure Does Love Killing Parents

However, if there’s one thing Cruella picked up from other Disney movies, it’s the desire to kill off the lead character’s parental figure in the prologue to boost their tragic backstory. Young Estella (before giving in to her evil alter ego Cruella later on) gets into a ton of fights at school while sporting half black and half white hair. It’s clear she’s a fashion genius, but Her mother Catherine (Emily Beechum) decides it’s best to take her out of school and move to the city.

But on the way, she makes a stop at an elaborate mansion during a party, insisting that Estella stays in the car while she tends to some unknown task. Of course, Estella leaves the car immediately to snoop around, and that’s when she accidentally attracts the attention of the host’s vicious dalmatians who promptly chase her through the garden outside. That’s when she sees Catherine talking with an unknown figure, who immediately calls on the dalmatians to attack Catherine. The dogs push Catherine off the cliff and into the water below. She’s dead, and now Estella is an orphan.

There are a few problems with this scene:

Knowing I had approximately two hours left to watch, it was at this moment I let out an audible, “OH NO!” The prologue is very bad, and this scene is the worst of it. Thankfully, the film improves greatly from there. Estella makes her way to the city by herself and gets by with the help of two thieves, Jasper and Horace (played in adult form by Joel Fry and Paul Walter Hauser). The trio grows up together, stealing to make a living.

At this point, Estella (now played by Emma Stone) still hopes to make it into the British fashion world, and she gets in on the ground floor as a maid at a department store, before catching the eye of The Baroness (Emma Thompson), the steely leader of the fashion business. As so many have already noted, the film then turns into Disney’s take on The Devil Wears Prada, with Cruella then sneaking out at night and taking the fashion world by storm in several grand gestures to upstage The Baroness.

Plotwise, Cruella isn’t all that different from previous Disney live-action remakes/sequels/prequels. Once again, we have a lead character who’s an orphan, and in the vein of Maleficent, to sympathize with this character who will eventually turn into a psychopathic villain, the film pits them against an even more wicked villain. Instead, a lot of differences are in Craig Gillespie’s direction, the production design, costume design, and soundtrack.

Ever since I became aware of Craig Gillespie’s involvement in this project, I was fascinated by what the result would eventually become. Similar to his direction style in I, Tonya, the camera is hyperactive. It’s an upgrade from the usual Disney direction in that it’s actually a discernable style, but as is a running theme for Cruella, it could have done with less. The film plays as one extended montage to the tune of various songs you’ve probably heard too much, and I grew pretty numb to it all early on. Even in something like Goodfellas (which Cruella seems to be echoing in more ways than one), Scorsese still manages to include intimate character moments despite the film’s breakneck pace, use of montage, and reliance on popular music. Gillespie seems to be riffing off a few of his inspirations without adding much else.

The soundtrack, which many seem to like, is the key to a lot of my frustrations with Cruella. Sure, a lot of the songs are great. Who doesn’t love “Sympathy for the Devil”? It’s also the most obvious music choice to make for a villainous character. And when it comes in shortly after another explanation of how to pronounce “de Vil”, it all becomes too much. From “Feeling Good” to “One Way Or Another”, every needle drop is painfully unimaginative. For a movie that tries to have a britpunk aesthetic, the soundtrack is decidedly not punk whatsoever.

Even worse, Nicholas Britell does the score for Cruella. Why not skip out on a few songs and let one of the best composers working do his thing? 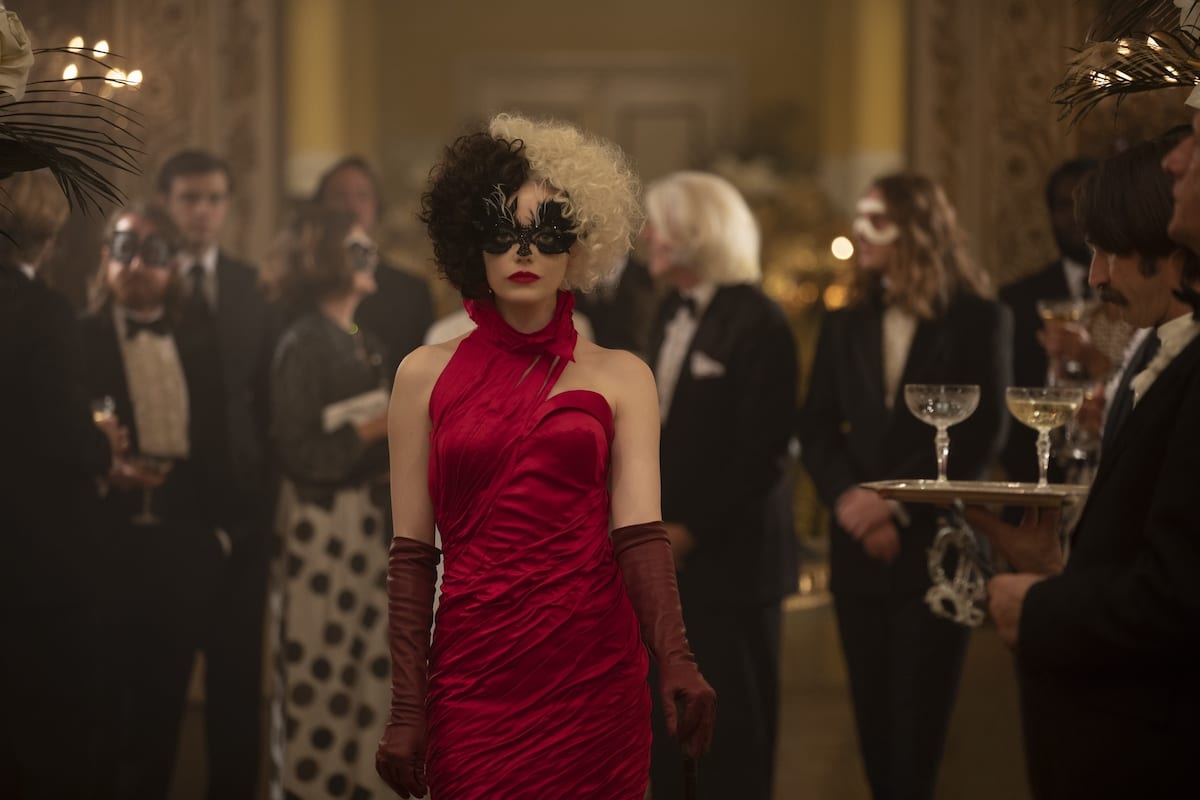 I Think We Can All Agree That Emma Stone

Nevertheless, there will be absolutely no Emma Stone slander in this article. Whatever problems Cruella has, Stone isn’t the cause. She’s easily the best part of the film. I’m no accent expert, but I’m pretty sure her British accent is spotty. And it doesn’t matter at all.

In all of her work, her screen presence is one of a kind. She can also be a bit of a ham (in the best way possible), so seeing her get to dial it up with glee here is absolutely worth it. You may even turn a blind eye to the film’s completely unnecessary voice-over because Stone delivers it with such mischievous glee.

…And Emma Thompson Too

Thompson as Stone’s counterpart is just as good. There are clearly echoes of Miranda Priestly in The Baroness, except that The Baroness has little to no humanity at all. In between nine-minute power naps, she doesn’t just treat her workers poorly, she takes pleasure in doing so.

In a vacuum, seeing the Emmas go toe to toe while wearing Oscar-worthy costumes sounds like a slam dunk. When the film focuses on their conflict, you see glimmers of that potential.

Does Cruella Amount to Much?

There are considerable portions of Cruella I quite enjoy. I’d watch this over Maleficent: Mistress of Evil any day. It has a certain “I can’t look away from the screen” quality, even if what’s happening on said screen is quite bad. However, I can’t help but see the entire product as a muddled mess.

No one should expect a Taxi Driver-like psychological study in a Disney villain origin story; similarly, with the Disney safety guards up, you could never expect the film to push the character’s mania to the necessary satirical highs either. Cruella is stuck in a weird middle ground, ultimately spending a considerable amount of time trying to humanize someone who will later turn into a single-minded dog murderer. But don’t worry! This Cruella loves dogs! Seriously, the only reason we don’t see Cruella go full-on dog killer is that the film has to keep up its odd facade that she’s actually been a misunderstood luminary this entire time.

It’s definitely having fun with its premise, although it still wants to take the character’s tragic roots seriously. But not seriously enough to actually have any sort of depth. Even with the stylistic changes, like the rest of Disney’s output, it’s mostly plot, plot, and more plot. Sometimes that’s okay — I’d be a wreck of a human being if every movie turned me into an emotional puddle — but this script isn’t nearly good enough.

At least we finally have a Disney film that doesn’t treat a queer character as a total caricature. A notable upgrade for a studio that’s still lightyears behind. Also, Cruella is a great reminder that Paul Walter Hauser should be in everything.

I’d love to see a film where Emma Stone and Emma Thompson duke it out in amazing dresses without any connection to IP. Ironically, we’d probably never see that kind of movie without some sort of connection to something we all know, so maybe Cruella speaks more to the fractured state of the movie industry than anything else.

Thank you for reading! What are your thoughts on Cruella? Comment down below!

Thanks for this review. I wasn’t going to bother with this movie, but now, I might give it a shot :)