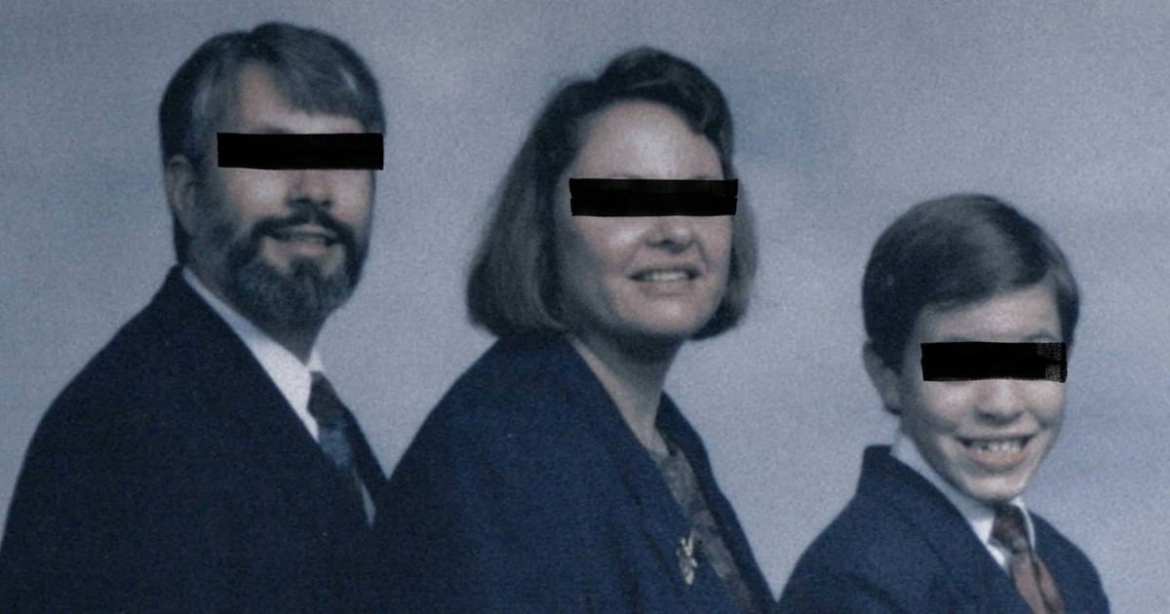 Take one look at, say, Netflix’s vast documentary catalog, and you’ll instantly realize that the true-crime documentary genre has found itself in a state of oversaturation. From the litany of same-ish docs on streaming services that have come out of the woodwork post-Making a Murderer, to the growing intrigue modern audiences are showing in the genre at large, the supply and demand of these true crime documentaries has gluttonously grown to a point where these films have almost ubiquitously become formulaic retellings of deeply disturbing cases. It’s with this development in mind, however, that Sonia Kennebeck’s latest documentary, Enemies of the State, particularly stands out; what initially starts off as a similarly unexceptional retelling eventually evolves into something much more nuanced, complex, and perhaps even ambivalent than expected.

Without any hesitation, Enemies of the State jumps straight into the action in its opening few minutes, and through Kennebeck’s rather elegant blend of talking-head interviews and staged reenactments — the latter of which is a key detail to note for later — overlaid by Insa Rudolph’s unsettling, drone-laden score, we’re introduced to a portrayal of the DeHart family in their Newburgh, Indiana home on April of 2013, who are all hurriedly packing their stuff up and stashing everything they need in the car. As Paul DeHart, the patriarch of the family, explains in an interview years later; the family was preparing to flee for Canada at that time.

Up until several years ago, Paul and Leanne DeHart were, in the former’s own words, “the kids in class that [sat] down and [followed] the rules”; in other words, law-abiding patriots with military and NSA service under their belts. However, because of their son, Matt — who was closely involved with the hacker group Anonymous ever since its inception in 2006 — the entire family has been put in serious danger, as Matt discovered and stored classified government information in 2009 after someone affiliated with WikiLeaks sent it to one of his private servers. After enduring surveillance, raids, and even torture from the FBI in the years that followed, Matt and the DeHarts sought asylum in Canada — from there, Kennebeck’s film captures every angle and key event of the DeHarts’ complex case, and despite some shortcomings in format and creativity, effectively probes both the validity of the family’s story, as well as the government’s reasons for relentlessly pursuing and surveilling them.

Getting the Full Story

Kennebeck seems to be the next documentarian disciple of legendary The Thin Blue Line director Errol Morris (whose past notable producer credits include Joshua Oppenheimer’s docu-diptych The Act of Killing and The Look of Silence). Kennebeck and Morris have, in fact, collaborated before — specifically on her previous film, National Bird, regarding the usage of drones in government surveillance and war — and it’s somewhat easy to see why the two have joined forces for Enemies of the State as well, given their common interest in exposing the vulnerabilities and crippling failings of the United States government.

If The Thin Blue Line was interested in peeling away at the lack of evidence behind Randall Dale Adams’s wrongful death row conviction in 1976, however, Enemies of the State asks slightly different questions about its subjects, specifically interrogating and exploring both sides of the DeHart case. On one end, the DeHarts adamantly insist on the FBI’s brutal attempts to suppress Matt’s whistleblowing — on the other, law enforcement claims that Matt was actually tracked down for grooming two minors and possessing child pornography, not confidential government secrets. Without any sort of direct editorializing or narration, Kennebeck utilizes the implications of her numerous interviewees’ statements — ranging from Paul and Leanne DeHart’s passionate, elaborately detailed defense of their son and furious indignation against the system that hunted him, to the various attorneys, investigators, and profilers who remained suspicious of their motives and statements — in order to subtly ask questions about their truthfulness, constantly keeping the audience guessing and leaving them to form their own conclusions about just what exactly the real story is.

As a result, it becomes absolutely vital that the film’s portrayal of these perspectives expands beyond mere interviews, and Kennebeck — again, like Morris and The Thin Blue Line before her — makes use of staged reenactments in order to offer a much fuller picture of the situation. In more direct scenarios, these scenes recreate the DeHarts’ refugee hearings in Canada as well as the courtroom trials they took part in, either having the actors lip-synch to actual recorded audio or letting them act out the transcript of the real-life trial. Others, however, are more akin to staged scenes typically found in mainstream crime documentaries of its ilk, being interpretive visual representations of what a given interviewee is describing in voice-over. Even if some of Enemies in the State‘s reenactments might be somewhat lacking in creative presentation and ultimately don’t do much to visually expand on the claims and accusations at hand, a fair majority of them are effective, uniquely shot, and potent enough to set the film as a whole apart from its straight-to-streaming contemporaries, sufficiently conveying the chilling, weighty insinuations of the interviewees’ statements.

The Pursuit of Truth

All of this technical dedication seems to be in service of, again, the ambivalent conclusions that Enemies of the State presents. Rather than everything in the film attempting to convey a blatantly implied, unequivocal truth, Enemies of the State actively works to live up to its opening Oscar Wilde quote — “The truth is rarely pure and never simple.” While the DeHarts and the government officials investigating them each continue to reveal increasingly disturbing, contradictory pieces of evidence, Kennebeck manages to instill a creeping sense of doubt into everything they end up mentioning or bringing up that ultimately becomes the spiritual core of the film — even if the way it quickly navigates from one detail to the next might seem somewhat haphazard and a tad all-over-the-place, resulting in a story with some convoluted and hard-to-follow elements.

Ultimately, Enemies of the State‘s primary source of engagement is in how it ends up leaving the DeHart case’s actual story up for interpretation, and the various conclusions one might derive from this film are further enhanced by how none of the information given by one side necessarily negates that of the other; there is room for leeway and nuance in how one believes the case actually unfolded. It remains entirely possible that the government presented their evidence against Matt and their reason for apprehending him as a cover-up ploy to distract from a genuinely horrific surveillance and torture campaign — equally plausible is the possibility that Matt may have engaged in some truly contemptible activities even with the government secrets he supposedly received on the deep web. Again, nothing about this film’s conclusions are ever binary, nor should one expect them to be.

By no means is this an easy conceit to pull off, and to that end, the relative lack of resolution will baffle several viewers looking for either a brazen condemnation of the US government’s blatant corruption or a retelling of how law enforcement arrested a heinous criminal; there is no purity or simplicity in the narrative that Enemies of the State attempts to convey, and no one interviewed on screen ultimately has the final, definitive say on what truly happened over the course of those several years. That said, with a fair amount of patience for a few of the film’s more frustratingly generic pitfalls, as well as a sense of open-minded discipline for the wildly contrasting conclusions presented on both fronts, Enemies of the State becomes a rather compelling narrative about doubt, truth, and conspiracy for anyone willing to delve a bit deeper into the Gordian’s Knot of a case it delicately unfurls.

For more information on Enemies of the State and other films playing at the Melbourne Documentary Film Festival, check out their website.

Thank you for reading! What are your thoughts on Enemies of the State? Comment down below!