No Treats in ‘Batman: The Long Halloween Part One’ 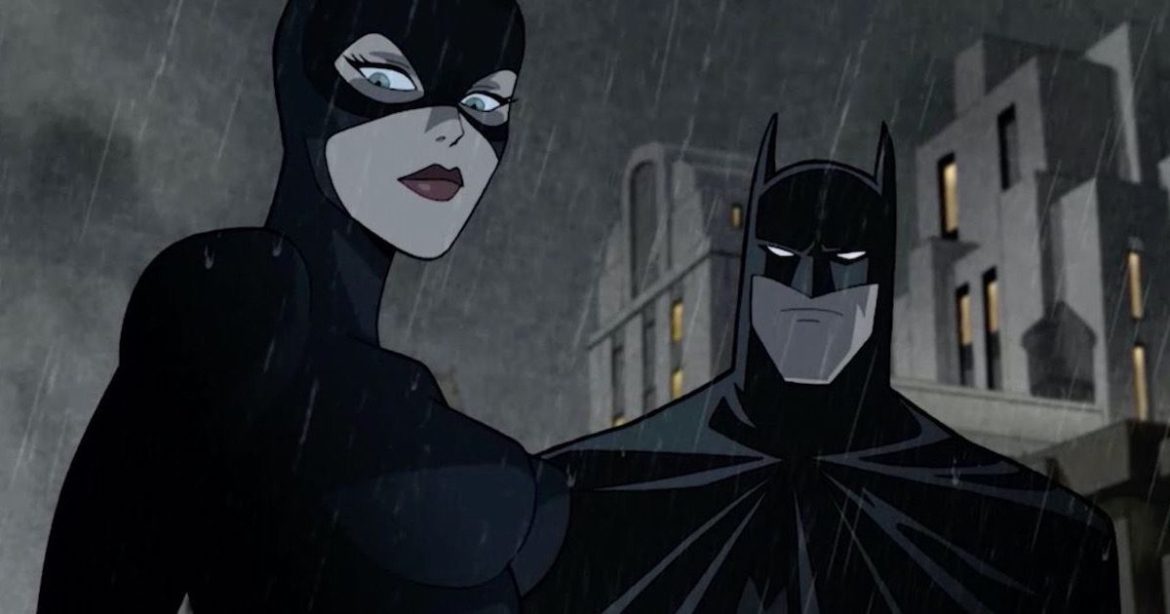 October might be a few months away, but trick or treating has already started with Batman: The Long Halloween Part One. The only problem is Part One is lacking the ingredients that make for a good Batman animated movie. Batman has the reputation of being the world’s greatest detective, but that isn’t the case in this film. This two-parter stands as another “Year One” like saga where the caped crusader realizes that he can’t simply be a guard dog for Gotham anymore. Batman must develop his detective skills as a string of murders begin on Halloween and continue throughout various holidays. These crimes are committed by someone known as “Holiday” or The Holiday Killer.

The Long Halloween is the continuation in DC’s newest animated universe after the previous iteration ended with Justice League Dark: Apokolips War. This new style of animation was first introduced with Superman: Man of Tomorrow, then continued with the Flash in Justice Society: WW2. The animation works best with this film considering the look of the characters and the settings of Gotham City. It almost resembles the old Gotham that we were shown in Batman: The Animated Series. All that’s missing is the classic intro music and the nostalgia would’ve been complete, but I digress.

The film starts with the first murder right off the bat, pardon the pun. We are then quickly introduced to familiar characters such as Harvey Dent, James Gordon, Carmine Falcone. As the murders escalate, the mystery behind them begins to get lost in the unnecessary subplots that muddy the film. Batman and Catwoman apparently have an unexplained romance; Harvey Dent’s life crumbles due to issues with his wife; Carmine Falcone is struggling to keep control of the city; and of course, there’s Joker! Plus, the constant use of flash-forward doesn’t help either.

The relationship between Batman and Catwoman is the nerd’s comparison of Romeo and Juliet. Two people born on opposite sides fall in love with each other, but their relationship usually ends in heartbreak. It’s a weird coincidence that Bruce Wayne and Selina Kyle are also seeing each other. It’s unclear at first if they know each other’s secret identities. How long have they been together? The chemistry is clearly there, one may believe they just started dating, but you really start to wonder about the mechanics of this relationship.

There’s very little time spent in the personal life of Bruce Wayne. The only time we see anything involving Wayne is when he’s in the company of Carmine Falcone. Carmine Falcone is a familiar name that became mainstream with Christopher Nolan’s Batman trilogy. Carmine stands as the kingpin of Gotham’s underground and the number one target for the city’s white knight, Harvey Dent. After Harvey Dent is convinced the murders are connected with Falcone, he begins to start a one-man war against the crime lord.

However, it doesn’t mask the internal pain Harvey Dent is experiencing throughout the film. Harvey Dent is trying to bring down the mob bosses in Gotham once and for all, but the toll for his crusade is challenging his stance on justice and devotion to his wife whose mental issues are heavily weighing on Dent’s shoulders. As more bodies show up, Dent’s moral compass begins to spin in all directions. Some good teases foreshadow his inevitable transition into Two-Face, but this is the most backstory we see of any character in Part One.

More suspects emerge as Holiday continues his methodical executions on Thanksgiving and Christmas. The only problem is there’s no explanation as to how Batman or James Gordon came to those conclusions. The only time you see these two do any real detective work is when they visit Arkham Asylum to visit an unlikely villain in Calendar Man. This is where we get a good idea of how busy Batman has been when we see famous villains such as Penguin and Scarecrow.

The only time this film gets exciting is when the Joker appears, and the carnage begins. Joker’s time is short but it’s the only thing about the film that’s sweet. It’s comic yet ironic that Joker is seen as the most psychotic villain in DC history, but he has the clearest motivation for his role in this story. Batman’s confrontation with Joker eventually leads to the climax of the first film, but not the conclusion. The film doesn’t end on a cliffhanger, but there is a significant scene in the middle of the credits.

The scene sets up what will most likely happen in The Long Halloween Part Two. With a runtime of only an hour and 25 minutes, a couple more minutes to explain everything would’ve made a large impact. The reason why this film is split into two parts is that there’s a lot of story to tell; but even if it’s worth telling in this format, then it has to be told well. This strategy of splitting a story into two parts has been successful for DC with such examples as The Dark Knight Returns or The Death and Return of Superman. It feels only right that DC would implement this strategy for the famous story that was first published back in 1996.

The film stays true to a few elements that you would expect from any story that involves Batman. Gotham is a powder keg ready to explode because of police corruption, crime, and the relentless attacks of rival gangs. Arkham Asylum is full of infamous villains that continue to wreak havoc in their own special way. Batman and James Gordon are the only ones who truly believe that Gotham can be saved, and the only way to do so is to bend the rules, but not break them.

This film is about Batman having to become a detective, but the problem here is Batman has always been depicted as one of DC’s most intelligent individuals. Throughout the film, he acts more like the bouncer at a nightclub; he knows how to hurt people but doesn’t have a clue about solving any crimes. Vital connective tissue explaining how Batman came to the conclusions involving certain characters in his search for Holiday is missing.

When it comes to being the voice of Batman, Kevin Conroy is considered the bar since he’s been the man behind the mic for two decades. Jensen Ackles made his career on the CW’s hit show, Supernatural, and does a fair job being the next one to be the voice behind the bat. His performance portrays Batman as an amateur crime-fighter rather than a gritty detective. Considering this takes place during Batman’s early years, it seemed right to get someone in their youth rather than rely on Conroy who is in his mid-60s. Jensen has previously worked with DC as the voice of Jason Todd in Batman: Under the Red Hood and could be fit to replace Conroy permanently.

Veteran voice actor, Troy Baker (The Last of Us), does a phenomenal job as Joker which says a lot considering he’s stepping into Mark Hamill’s shoes. While his Joker laugh doesn’t come close to Hamill’s, the personality is just right. It’s a solid mix of insanity with bad jokes and pure love for mindless violence. Even though he has a bit part in this film, I hope his role expands in Part Two.

The rest of the voice cast is good with stars such as Josh Duhamel (Transformers) who plays Harvey Dent, David Dastmalchian (The Suicide Squad) as Calendar Man, and Titus Welliver (Bosch) as Carmine Falcone. The tragedy of this cast is that the voice of Catwoman, Naya Rivera (Glee), who died on July 8th, 2020, after saving her son from drowning by placing him on a boat but couldn’t save herself. Her last film credit will be when the other half of this saga is released. This film was dedicated to her memory.

Overall, Batman: The Long Halloween Part One is good enough to introduce Batman into the new DC Animated Universe, but it could have been better. The search for Holiday will conclude in Part Two, but not without complications. The bodies are piling up and the pressure is on Batman to find the murderer before Gotham falls into complete anarchy. We will be introduced to more of the villains we love and hopefully show Batman’s transition from a vigilante who can hit hard to a detective that can solve crimes.

Thank you for reading! What are your thoughts on Batman: The Long Halloween Part One? Comment down below!