Face It: Batman is Hopeless 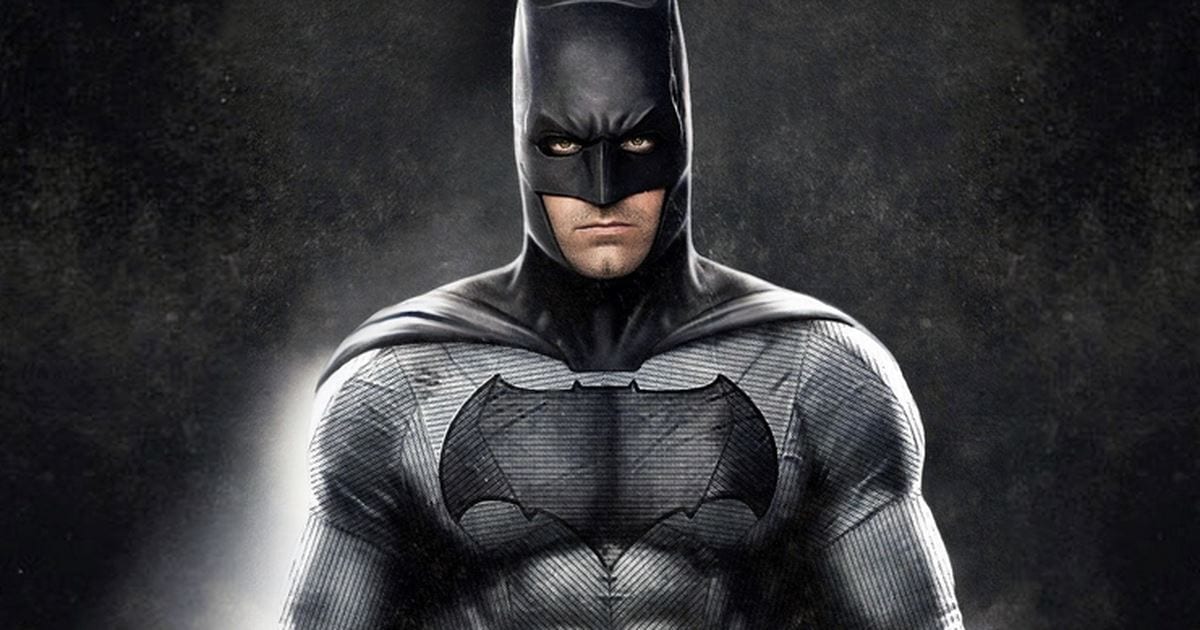 There’s been a lot of stir lately about the famous caped hero we call Batman. We’ve been given a look at our new Joker, Joaquin Phoenix, and Zack Snyder, director of the most recent Batman movie, released set photos of Ben Affleck of Batman, and even Tommy Wiseau has gotten in on the action by giving us his best Joker impression.

Maybe about a decade ago, this would have excited me. Batman is pretty cool, after all. Who doesn’t want to be a rich dude who basically just wanders around at night in a costume beating up bad guys? That’s pretty awesome right there.

But ever since Ben Affleck took over, Jared Leto’s almost cringey Joker performance, and that horrid film Batman v Superman: Dawn of Justice (2016), I just can’t get myself excited over Batman anymore.

It’s a Lot to Live Up to

Maybe I’m being too harsh on the new Batman. After all, I grew up with the Christopher Nolan trilogy. I think I speak for almost everyone when I say that any Batman movie starring Christian Bale is at the top of the pack. The Dark Knight (2008) will always be a prime example of cinematic excellence.

Watching an aging Ben Affleck toddle around the streets of Gotham in a mech Batman suit just isn’t appealing anymore. The drama is manufactured and the plot is watered down in favor of special effects. Don’t even get me started on Affleck’s pathetic attempt at the Batman voice.

We need to talk about this movie: it was awful. From the wildly unfocused plot to the hilariously contrived fight between the titular characters, I had no idea what was going on; I was unsure if what I was watching was really a Batman movie or just a bad parody of one.

I’ve never been more confused watching a movie. Why were they fighting again? What’s going on? Who’s that? Wait, when did Wonder Woman get involved? Seriously, was this movie thrown together by a teenager in the cutting room who just spliced together whatever looked good?

While I’m sure a showdown such as this happened in the comics, we’re not going into that right now. What I want to get into is how coincidental that this movie came out the same year as Captain America: Civil War (2016). It seemed that director Zack Snyder was trying to beat Marvel to the punch on this one. Because of it, the quality of the movie had to suffer.

But honestly, this diatribe is quite tired at this point, just like the character as a whole.

There was a time when more people would rush to the theaters for a DC movie than a Marvel one, but that time has passed. Marvel has made a name for itself in Hollywood and no one can top them right now. Plus, they’re owned by Disney, and if there’s one thing we’ve learned about Disney it’s that they know how to edge out competition (now whether this is done by mind control is yet to be determined).

DC just can’t compete with the branding, the advertising, and the overall quality of Marvel movies right now. Everyone is tired of DC’s repeated attempts to become relevant again. Sure, we were crazy about them ten years ago with the old Batman movies. We even got a little excited when they released Man of Steel (2013). But, in the end, we still gravitated back to old favorites like Iron Man and Captain America. Honestly, this isn’t DC’s fault. No one can beat Marvel right now and probably won’t be able to until they retire the original Avengers. Though that time is not far away, it’s still going to be a long time before people regain their interest in Batman or even whatever version of a DC Universe that Warner Bros. throws at us again.

Whether DC just makes really bad choices or they’re just limited in their options right now (Marvel has a good chunk of Hollywood under contract), they’ve picked some really bad actors for these roles. Ben Affleck as Batman is possibly the most bland casting I’ve ever heard of. I’m sorry to say it, but he’s just too old for these roles now. If this had been twenty years ago and he was coming straight from Armageddon (1998), I could’ve swallowed it. But Ben Affleck is 46 years old and he’s just a little to over the hill to convince me that he is the famed Bruce Wayne.

But I can’t just pick on Affleck — I need to address whatever it is DC thinks they’re doing with the Joker. First of all, who gave Jared Leto the green light to play the Joker? He was good in Requiem for a Dream (2000), in fact, it was his best performance. But his performance as the Joker? Dreadfully unconvincing. It reminded me of a teenage boy doing a Joker impression on Snapchat for his friends.

And now we have Joaquin Phoenix. To be honest, I don’t know exactly how I feel about this casting choice; I just know that I don’t feel good about it. I liked him in Gladiator (2000) like everyone else, but I just don’t know if Phoenix can pull off this role. I’m already not a fan of the makeup job that they gave him for the upcoming film. I’ll go into it with an open mind, but I fear for DC’s credibility.

Look, I’m no superfan of Batman. I enjoyed the Christopher Nolan trilogy and I like the concept of the superhero. The Dark Knight will always be a great film and one that deserves every bit of praise it gets.

So, the question is, am I just being a Debbie downer? Am I just enjoying berating a movie franchise that I find inferior to Marvel because it’s the cool thing to do? Am I too far gone in my own opinions that I fail to take in any other perspectives?

Or do you all agree with me? I’m curious what others think. But, for now, my opinions are out there. Batman, for the moment, is hopeless.

Thank you for reading! What are you thoughts on Batman and its future? Comment down below!

While reading this article, they were so many moments of vigorous nodding in agreement. The Christopher Nolan/Christian Bale/Heath Ledger/Hans Zimmer combo is a tough one to beat. Dawn of Justice was an unspeakable tragedy and Justice League didn’t fare much better. Affleck let us all down in Daredevil. Not sure why they let him play anymore heroes. Such a good article!

Thank you so much! I was worried that people wouldn’t like this one, but apparently my unpopular opinion is less unpopular than I guessed!

Nice post :). The Batman story is a lot longer than the dark night trilogy (I also loved it by the way), it’s as long as Bruce Wayne using a walking stick, completely fucked up and injured from previous fights, and using his almost fully automatic Meca suit to stop criminals like the joker that, for some reason, keep busting out of Arkham. If you are into animated versions of superheroes try watching the DC animated Batman movies, you’ll see Batman in his 20s, 30s,…, 60s

Thanks for the recommendation! I’ll have to check those animated movies out

An Interview with Thomas Griffiths, Director of ‘Autism:...