40 years later, Andrzej Zulawski's one of a kind film has lost none of its power. 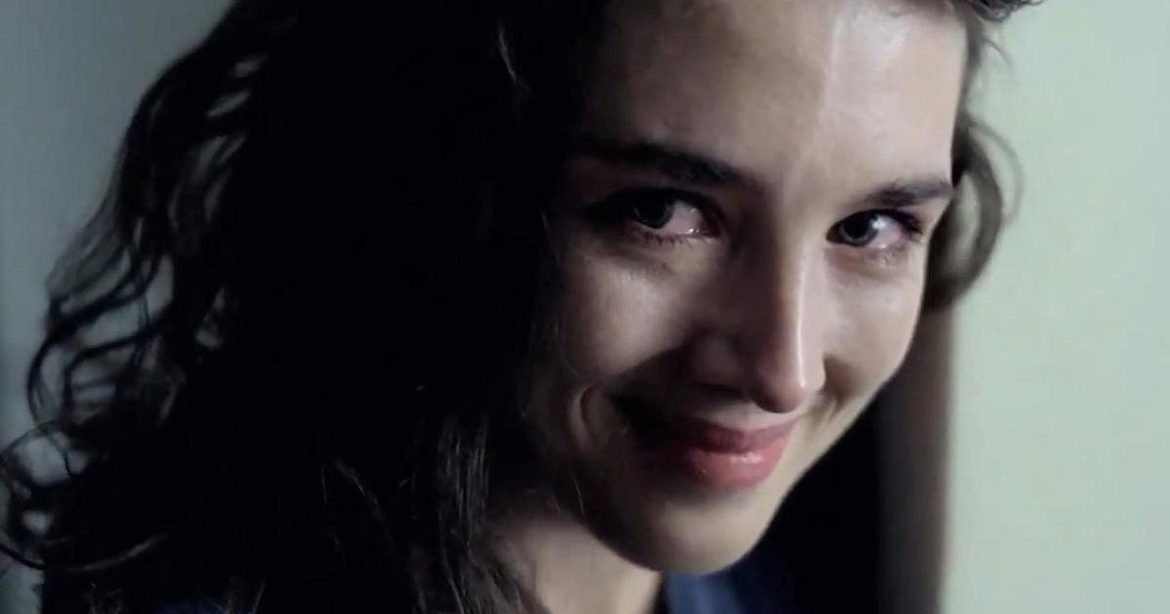 Andrzej Zulawski’s 1981 horror film Possession has been a particularly difficult film to view legally in the United States. For this reason, it has been on my radar for literal years as a film I have heard incredible things about, but have until now been unable to access. Thanks to a gorgeous 4K restoration from Metrograph Pictures, I was finally able to remove this nightmarish vision from my list of shame and, dear reader, was it ever worth the wait.

Possession follows Anna and Mark (played absolutely brilliantly by Isabelle Adjani and Sam Neill), a married couple on the brink of ruin. The film opens with Mark returning from a business trip to his wife Anna and their child, Bob. The state of their relationship is rapidly revealed to be on thin ice to say the very least, and it gets even worst when Mark discovers Anna is living a secret life that begins to reveal itself as something far beyond adultery, and far more sinister. Seeing as this film has been incredibly hard to access for individuals who live in the United States, I will be avoiding spoilers as there are many surprises that this film has to offer.

The piece that blew me away the most about Possession was how incredible of a portrait it is of a marriage that can no longer be recognized as two individuals who have any reason to remain a unit. To call this relationship dysfunctional would be an understatement. There is a deep hatred between these two characters that is genuinely uncomfortable and deeply disturbing to watch, but when the two lead performances are this committed and emotionally and physically powerful, it makes for a truly haunting and unforgettable experience. As the film progresses, and the events of the plot drift further into the realm of demonic possession, murder, and human sacrifice, the film loses none of its power as it constantly ensures that character remains front and center.

Another element of this film that remains striking to this day is the incredible cinematography by Bruno Nuytten which greatly adds to the chaotic and cacophonous nature of the shattering relationship at the film’s core. There are multiple long takes in this film that linger on characters in moments of tremendous physical acting that feel designed to linger in the mind. However, the shot composition also manages to feel as completely unpredictable as the actions of the characters occupying the frame. It’s incredible how unique the visual style of this film remains even 40 years after its release — it looks distinct and revolutionary on a visual style to this day.

Where the first half of Possession is an incredibly drawn and very disturbing look at a deeply damaged and dysfunctional marriage, the second half evolves into the type of horror film I was more so expecting. The more traditional horror elements it introduces are not only handled effectively, but also feel influential on horror films such as the Hellraiser franchise. There are some truly horrific images that make great use of lighting (and the lack of it) and disorientation. Despite living in a genre that has been done countless times in increasingly uninteresting ways, this 40-year-old film still manages to feel fresh and thematically interesting.

I’ve touched on the performances, but I particularly want to highlight Isabelle Adjani who is a force of nature (and also gives two awesome performances!). There is a much-talked-about scene in a subway station that showcases her commitment to this work in an incredibly upsetting and primal way. I was gobsmacked by how great she was throughout, not only in the loud explosive moments, but also in moments of silence and solitude. Sam Neill is likewise great and brings some nuance and pathos to a character who is genuinely unlikeable and toxic. When paired together onscreen, the product is consistently riveting and never anything less than engrossing.

If this twisted and uncompromising horror film is something you have wanted to view but have not had the opportunity to do so due to lack of access, and you live in the U.S., you now have a chance to check this film out. It is even better that it is well worth the wait and proves itself to live up to its incredible amount of hype — and then some. In my opinion, the greatest and most frightening horror films include an element that grounds them. With this film’s exceptional portrayal of a couple on the brink of divorce, it provides the viewer with a deeply human and upsetting tunnel into a horrific world. I’ve decided to keep some revelations in this film from this article, but what I will say is that I’ve barely scratched the surface of what Possession has to offer and I hope you will take the ride.

If you are like me — a huge fan of this genre — then you owe it to yourself to experience Possession‘s surprises. You will not forget them.

Thank you for reading! What are your thoughts on Possession? Comment down below!