‘Reminiscence’: An Ode to Love Through Memory 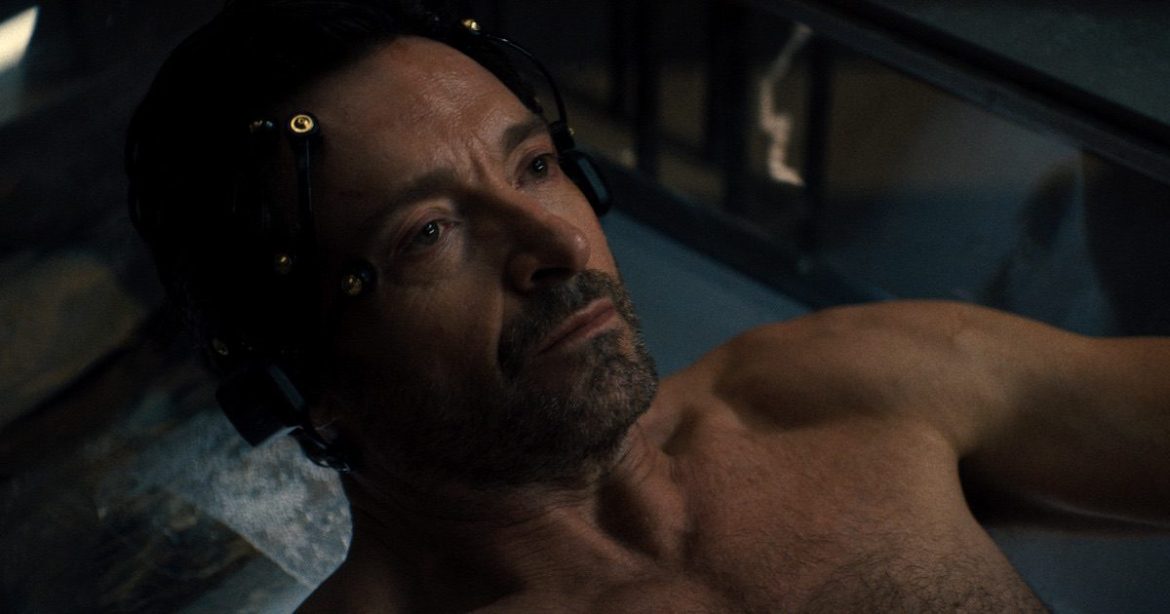 “The past can haunt a man,” that’s what Hugh Jackman’s Nick Bannister utters as Reminiscence — Westworld co-creator Lisa Joy’s feature directorial debut — sets itself in motion in its opening scene, soaring above a water-drowned, near-future Miami. Bannister is our guide through this expository opening; an enlightening introduction acting as an excellent precursor to the subtly expansive world-building that occurs through the film.

“You’re going on a journey, a journey through memory. All you have to do is follow my voice,” Jackman’s private investigator character later intones in the opening. In some sense, Jackman’s commencing monologue is a meta reflection of the rest of the film; his commanding voice introduces us to the film, its complicated world, and the characters caught in its grip as we see how Nick guides his clients through reliving their memories, paralleling his role later on as our narrator through the film as he exposes the audience to the disorderly state the world has come to and the secrets surrounding his lover.

Memory is a precious thing; it isn’t unknown like the future or the present, but rather specified, known, and to a certain extent, controllable. “Nothing is more addictive than the past,” Bannister comments, and that’s as best a reflection of any of his character, utilizing the idea of nostalgia to a captivating degree, not just as a commercial tool — clients tired of a bleak present looking back to the past for a sense of joy — but also with constitutional use — memory as a way of solving crime — which is achieved through a machine that weaves visual vignettes of client’s memories and collects them (in what is called a reminiscence).

For Bannister, reminiscences — with memories of his vanished lover, Mae — are a way for him to escape a troubling reality that leaves him puzzled and answerless over her sudden disappearance. Memory is central to Joy’s debut — reliving the past helps Nick remember Mae but it’s also a way of forgetting that she’s now gone — but in Reminiscence’s journey through memory, it becomes evident that Joy utilizes memory as a theme to explore the expanse of love, which is the thematic core of the film, in Nick’s motivation to find Mae and how it leads him down a path of secrets and mystery that uncovers a mystery of conscience beyond his own winding path.

“Love is the thing we climb to. Rung after rung, we pull ourselves out of ourselves, reaching for something greater.” In expressing the extents of love and how it motivates us, Mae’s words prove themselves to be right, it’s love that helps us reach for something greater. Through its riddled narrative of crime, mystery, and secrecy, it’s memory that guides us through the cracks and leaps of the story but rooted in the thematic core of memory, is the motivation of love, in Nick’s attempt to find what happened to Mae, and in Mae’s grown conscience influenced by Nick. Joy’s metaphysical exploration of love and memory through Reminiscence, by intertwining them, is a particularly impassioned rumination on the nature of how memory is often defined by our feelings, as Bannister’s memories, which influence his motivations, are flooded by his feelings of adoration, passion, and love for Mae. 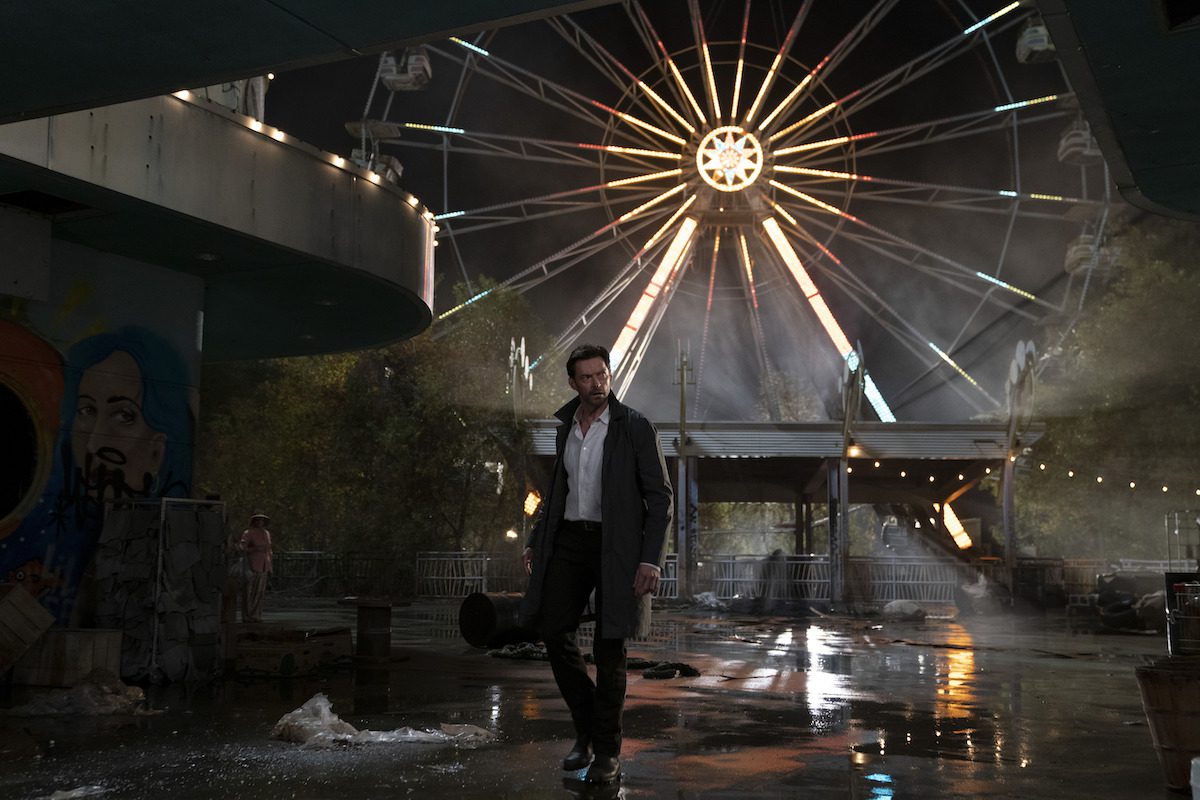 Nick Bannister’s motivations and convictions are at the center of this narrative, guiding us through a world of muddled moralities and blended consciences, and Jackman plays into his core with absolute assurance. The lead of this sci-fi noir, Joy’s writing brings a beautiful and personal sense of humanity and conscience to Bannister’s character, which Jackman evokes sensibly through Bannister’s gleaming emotionality, continually made evident by Mae’ presence, physically, and through his memories of her, on display on his exterior attitude. It’s no wonder Joy wrote the role with Jackman in mind because he captures the subtlety of Bannister’s conscience, drive, and convictions with ample room for audiences to resonate upon the character’s motivated quest; in many ways, Jackman’s performance as Bannister is a kinder, quieter, more compassionate, and logical parallel of his performance as Keller in Denis Villeneuve’s Prisoners, both men on a journey through emotional hurdles to find someone close to them.

And the woman at the center of Bannister’s enigmatic maze through crime and mystery is Rebecca Ferguson’s enchanting Mae. Ferguson and Jackman previously worked on The Greatest Showman together, and it’s evinced in their instantly charismatic chemistry together, but with Lisa Joy’s engrossing narrative, Mae and Nick are much more than just a charming pair of lovers. A bond thrown into the unfathomable when Mae disappears, but still intact through memory, a feeling kept aflame through reminiscences, love continued through remembering what is left of the past in memory.

Joy’s film exposes love as something that transcends space and time, existing as much more than a feeling — as a truth in the present, as a hope in the future, as a memory in the past — and as a reminiscent reminder of Nick’s past with Mae, it’s this reminiscence that pursues the truth of Mae in the present, and the hope of seeing her again in the future. Joy’s connection between love and memory, and how both expand beyond their physical embodiments in people and their actions, makes for an intelligent statement on our obsessions and influences, in how love constantly overpowers opposing feelings gathering within us, embodied by Bannister’s every action, as his pursuit for the truth is permanently overshadowed by his influence, Mae.

It’s compassionate, humanistic sentimentalities like this that elevate Joy’s intelligently pondering film above the average sci-fi and neo-noir thriller. Reminiscence has a beating ambition at its core that is never afraid to thump loud, and it certainly helps that it doesn’t limit itself in its thematic extensions. Themes of love and its embedment in memory play into much more than Nick and Mae’s bond, in the love displayed between Nick and his co-worker and friend, Watts, played by Thandie Newton (known for her leading work on Westworld with Lisa Joy). Newton is impeccably cool and is the perfect contrast to Bannister in her subdued character, and there are hints of care and platonic affection between the two and their history as friends and colleagues that define who they are and who they become.

It’s always refreshing to see an original, high-concept blockbuster release in the current film climate and Lisa Joy’s sci-fi neo-noir is a film that feels even more refreshing in how it is nostalgic of passionate old school storytelling. Beyond its scintillating meta-narrative, Reminiscence is an ardent ode to the warmth of love and its extensive reach beyond the present, and with its wonderfully intriguing world-building, we are similarly exposed to the expansively-mosaic nature of memory, which similarly to feelings of love, expand beyond the current moment.

Alike real-life reminiscences, Reminiscence plays out like a series of vignettes, scenes of memories connecting the dots between the past, the present and the future, as the mystery explains itself upon the connections unfolding, imparting with us a wondrous journey through memory. Already regarded in television for her work on Westworld with Jonathan Nolan, Lisa Joy is surely bound for an exciting career in film with a debut as passionate and affectionate as Reminiscence; it’s not every day you get Rebecca Ferguson singing an elegant cover of Cigarettes After Sex’s ‘Nothing’s Gonna Hurt You Baby’.

Thank you for reading! What are your thoughts on Reminiscence? Comment down below!

Excellent review, thank you for voicing what I thought about the film. This movie about memory seeks build nostalgia in its audience by building on the greatest collective memory we have – film. There are so many recollections of past movies, obscure and popular, that this movie seemed at once fresh and familiar, like deja vu.

‘Left Over’ by David N. Drake