Not every movie needs a reboot. 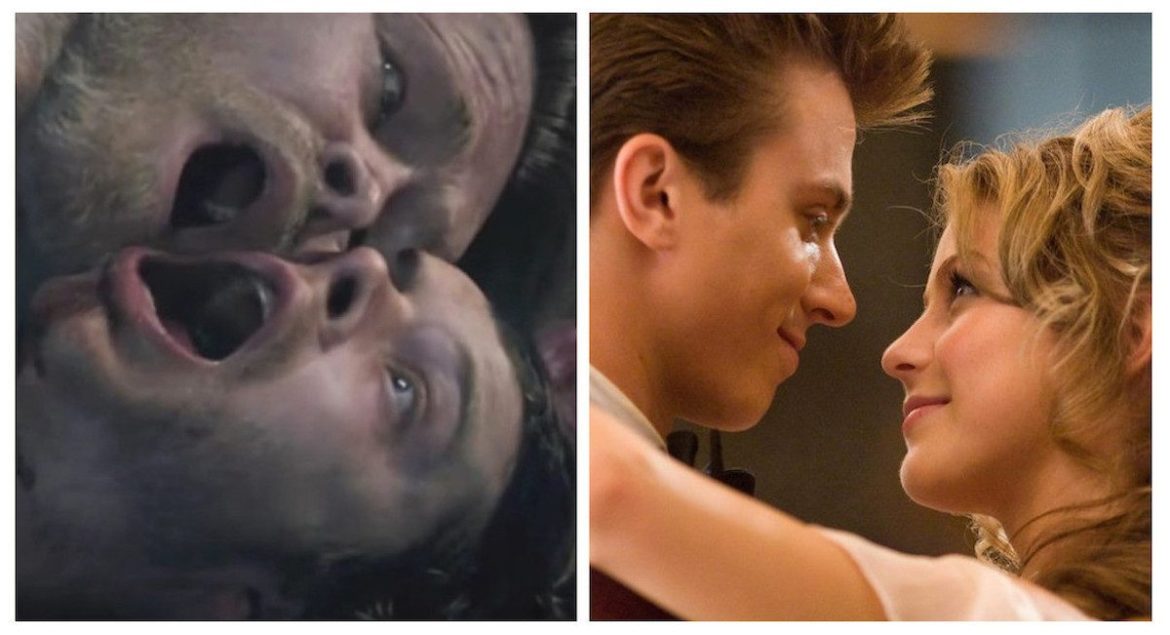 Ten years ago saw the release of remakes of The Thing and Footloose (Prequel, shmequel, you know damn well the 2011 The Thing is a remake really, but we’ll come back to that). Footloose made $63 million on a budget of $24 million. The Thing made $31 million off a budget of $38 million. The Thing is sitting at 34% on Rotten Tomatoes while Footloose is on exactly double that. I know both films will have their supporters and detractors but, objectively, one was reasonably successful and one had Joel Edgerton in it. So, what made the difference? Here are the questions that should have been asked at the greenlighting stage.

Is the World Ready for a Remake?

In the case of Footloose, it’s definitely questionable that the world needed another version of the “dancing is illegal” movie. However, the original made a fortune and at the time the idea was floated, song and dance movies were having something of a renaissance between the Step Up movies and High School Musical. The initial plans for director and star were HSM’s Kenny Ortega and Zac Efron, and that had to look like a slam dunk. Certainly, the target audience of youngsters might very well not have seen the movie that came out when their parents were in school.

Now, The Thing already had been remade in 1982. John Carpenter’s tour de force was itself a loose remake of Howard Hawks’ The Thing From Another World. But, and this is key, it was very, very different. Certainly, in 1951, they weren’t removing anyone’s arms with jaws that opened in someone’s chest. Now, I’m not here to talk about how good Carpenter’s movie is. (It’s so good, it’s probably his best movie, and with his filmography, that’s saying something.) The makers of the 2011 version were certainly aware of that and were at pains to tell everyone they weren’t remaking it. Producer Eric Newman said remaking Carpenter’s film would be like “painting a mustache on the Mona Lisa”. Writer Ronald Moore described it as a “companion piece”. And a lot of the advance studio publicity surrounded it being a prequel. So the makers were all in total agreement that the 1982 The Thing did not need a remake. Then they went and made one.

Can We Improve on the Original?

84’s Footloose is light and fun (apart from occasional John Lithgow darkness). It’s going to get endless rewatch value on nostalgia alone, whether from the 80s-ness of young Bacon et al or the weirdly 50s Americana of the town it’s set in. A lot of people, on channel hopping on to it, will stay and watch the rest — it’s a good time and the warehouse dance is unquestionably iconic. (Visually anyway, what song is playing over it? You had to think, didn’t you? If you got it at all.) So, the creators’ justification for making it was the dance aspect. Stars Kenny Wormald and Julianne Hough were first and foremost dancers. They acquit themselves fine with their acting, but that’s not what the audience is being sold. They’re here for the moves and the moves are top-notch. It makes line dancing look cool for heaven’s sake.

So, what were the makers of the 2011 The Thing going to improve? Well, they had the new toy of CGI effects to work with,  except they stuck with practical effects for shooting. And then painted over them with CGI in post-production. In one of the clearest examples of why you should always go with practical effects as far as possible, the FX people released this video of what their work should have looked like.

That generated so much interest they managed to fund their own movie, Harbinger Down, via Kickstarter.

So, if the effects weren’t a good reason for producing it, what else does the 2011 model have? Making Mary Elizabeth Winstead the lead was a strong move on the maker’s part. It immediately saves anyone from having to emulate prime Kurt Russell and gives at least something to strongly distinguish it from the original. She makes the best of the job she’s given, that’s for sure.

As for the justification that the creator claimed, that they were making a prequel… Well, given the story beats were almost exactly the same, what they actually made was a remake with slightly more subtitled Norwegian bits.

Do We Have the Right People For The Job?

As mentioned earlier, 2 Feet 2 Loose didn’t go with their first choice director and star but Craig Brewer was a (fairly) hot commodity at the time. His debut feature Hustle and Flow was a smash hit, earning ten times its budget at the box office and garnering Oscar nominations for best actor and best original song, winning the latter. He’d also been a writer, producer, and director for Empire (which is more or less “Hustle and Flow — The TV Show”) so he was a solid choice for another music movie.

Matthijs van Heijningen Jr. had one short film credit and had filmed commercials. So, clearly, the strong creative force needed to ensure a singular vision on… No, no that’s what you hire as producers if you want a director who’ll do as they are told. He was originally lined up to direct Army Of The Dead (yep, the one that Zack Snyder put out this year, that’s how long that was sitting in development). That fell through, so he got moved to The Thing. Like he was in a supermarket and the checkout wasn’t busy so he got told to tidy the carts.

Are We Aiming Too High?

I think this is the main lesson for remakes/reboots/re-imaginings. Don’t mess with perfection. Remake The Hills Have Eyes? Fine, not that many people remember the original and it wasn’t that great anyway. Remake Halloween? No, your version will suck in comparison even if it’s competently made. If it’s too similar to the original, then what’s the point? If it’s a huge departure from the original, again, what’s the point? Make an original story.

But…if the original was a solid idea with just an okay execution, like, for example, Ocean’s Eleven, Freaky Friday, or, yes, Footloose, then feel free to have another crack at it.

Thank you for reading! What are your thoughts on The Thing (2011) and Footloose (2011)? Comment down below!