Audiences put this movie to bed without recognizing its greatness. 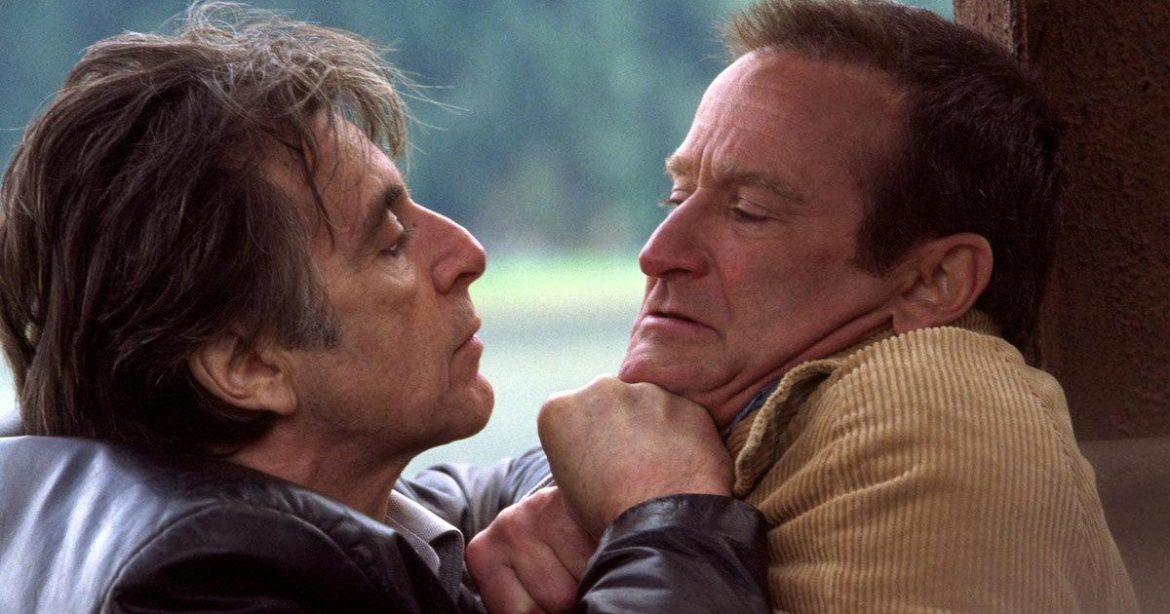 Christopher Nolan’s earlier films were not as big as they should have been. Films like Memento and Insomnia should have had the cultural impact that Inception or The Dark Knight had, but Nolan just hadn’t hit his stride in the public consciousness yet. It would take a few years for that to happen, but his earlier films are just as golden as his later ones.

Insomnia especially should have made a bigger splash than it did, but I guess the world just wasn’t ready for it yet. Still, it’s not given the credit it deserves for being one of the most interesting thrillers of the 2000s. The setting, characters, conflicts, and relationships are unique and blended to create such an engaging film.

One of the best parts about Insomnia is that it doesn’t take place in a major city like every other crime thriller. Instead, the setting is picturesque Alaska. Not only that, but it’s Alaska in late spring-early summer — essentially, the sun doesn’t set for a good two months. This sets up the man vs. self conflict that Detective Dormer (Al Pacino) faces throughout the movie — insomnia. It’s a great choice of setting for a mystery that will leave its audience turned around.

Contrary to the plot of most detective thrillers, our main detective isn’t all-knowing and street-savvy because they know the city streets inside and out. Dormer is out of his element and suffering from extreme insomnia due to the weird days and nights of Alaska. He doesn’t know much about the culture or the people and he has to rely on the local police department more than he usually would to get his job done.

Insomnia has some of your regular mystery-thriller characters, like the hardboiled detective and the cunning criminal, but it puts a spin on them. Detective Dormer is an experienced cop and he is a mentor to both his partner and Ellie Burr (Hilary Swank), one of the local cops, but he is also out of his element. If he were in the streets of LA, he’d be a lot more comfortable. But, in Alaska, where the sun never sets and it always seems to be wet, he just isn’t as sure as he would normally be.

Our criminal isn’t your regular criminal either. Walter Finch (Robin Williams) isn’t deftly avoiding the cops at every turn, he’s cooperating with them (in a way). He reaches out to Detective Dormer and blackmails him to frame someone else for the murder of seventeen-year-old Kay Connell. He remains tantalizingly out of reach, taunting Dormer.

Insomnia has astounding casting, another reason why it’s so surprising that this isn’t as widely-known or revered as Christopher Nolan’s other films. Our main detective is played by Al Pacino, arguably one of our greatest actors ever. His veteran knowledge of acting and his intensity brings depth to the role.

The wily murderer is played by Robin Williams. Williams has always been a bit of an anomaly because he was a hilarious comedian but he excelled at dramatic roles. Insomnia exhibits that dramatic talent. He is kind and gentle on the outside but cold and calculating inside. He is menacing yet he seems so kind — which makes him so dangerous.

Hilary Swank is one of my favorite actresses. In Insomnia, she plays Ellie Burr, a local cop who greatly admires Detective Dormer and is trying to be like him. I love how she portrays the initial innocence followed by suspicion of what Dormer has done. It’s the perfect reaction to a fallen idol and the realism that she brings to every role shines through here.

Christopher Nolan’s films are always heavy on visual iconography. The spinning top at the end of Inception, the backward movements in Tenet, and the tattoos in Memento are some of my favorite examples.

Insomnia has some interesting visuals that try to put us in the mind of Detective Dormer. After not sleeping for days, he begins to hallucinate. He sees his dead partner in a search party; an oncoming truck on an empty road; a bright room with no light let in at all. It makes the audience question whether we really saw those things too. We begin to feel the same paranoia and weariness that is plaguing our main character.

With Alaska as the setting, it wasn’t hard to create some beautiful visuals. Another example of an incredible scene is when Dormer is chasing Walter Finch. The chase leads to some logs that are being transported via the river. Finch deftly steps his way over them to make it to solid ground. Dormer, reflecting his unsteadiness in a new environment and very little sleep, falls in the river. He tries to swim back to the surface but the massive logs crash and flow above him, blocking his exit. It’s both beautiful and frightening and a weird element of the environment Dormer is in.

Christopher Nolan Without the Confusion

Insomnia is a great Nolan film because it’s suspenseful and thrilling but it doesn’t leave you scratching your head like Tenet or Inception. Everything is pretty straightforward. While Nolan’s more mind-bending films are also amazing, it’s hard to watch them without at least a little confusion. Insomnia doesn’t do that to its audience.

It’s as accessible for all audiences as Nolan’s Batman trilogy. Of course, there’s mystery and twists and turns, but everything is explained in the end and we aren’t left with any loose ends that fans will later try to explain with wild theories. Everything is wrapped nice and neat and we can go away knowing exactly how Insomnia ended, which is all I want in a movie sometimes.

Thank you for reading! What are your thoughts on Insomnia? Comment down below!

A terrific remake! Have you seen the original?

I haven’t! I’ll have to add that to my list!