‘They/Them’: A Harmless Slasher Movie that Will Nonetheless Trigger a Large Populace

Though I'm sure we can all agree that Kevin Bacon is awesome. 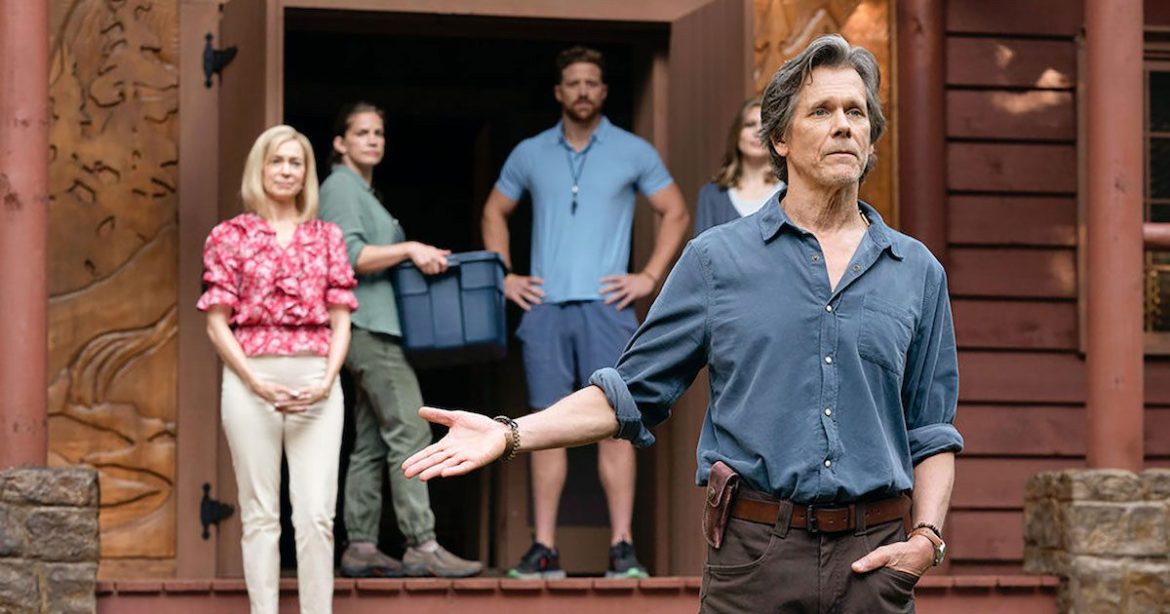 A horror film with a political, or progressive bias, isn’t anything new, though according to many manbabies, this rigorous messaging is destroying modern horror cinema. So whenever a new Jordan Peele movie comes out, you’ll have these same people whining about it being another example of “Black Lives Matter propaganda,” and so on. In the case of this harmless slasher, They/Them, the title alone instigated instant outrage from the Jordan Peterson fanbase, who think that using preferred gender pronouns is a form of tyranny.

Notwithstanding that the past had seen countless examples of films opposing conversation messaging, from filmmakers such as George A. Romero or Wes Craven.

There’s something to be said about HOW this message is delivered. I for one, am not a big fan of proselytizing films. Even if I agree with its message, I like a little subtlety, or even moral ambiguity. For the same reason, although I probably agree with nearly everything Aaron Sorkin has to say about the American political landscape, I can still get quite irritated with how thick his message is delivered. You can share your message without taking away the ability of the audience to think for themselves — see the works of David Simon. Let the viewer think for themselves. Many people might indeed have trouble thinking for themselves, but so what, don’t downgrade your work of art just to appease the masses.

They/Them was written by John Logan. He has even chosen to adapt his screenplay himself, it being his directorial debut. Logan’s screenwriting credit has been attached to numerous big-budgeted Hollywood blockbusters (such as Gladiator, Sweeney Todd, Hugo, and Spectre), to the small screen; most notably, the Penny Dreadful series.

While his work can vary in quality (Star Trek: Nemesis, most notably), he’s an interesting writer for a slasher film. The concept of a slasher written set in a queer conversion camp written by John Logan seemed promising. Plus, it starred Kevin Bacon. Everybody loves Kevin Bacon — seriously, who in the hell doesn’t like Kevin Bacon?

Bacon stars as Owen Whistler, the charismatic and seemingly sympathetic leader of a queer conversion camp. Upon the arrival of several LGBTQ members, Owen greets them with apparent empathy and none of the homophobic vitriol you’d expect from him.

Of course, things are not what they seem. Whistler’s patriarchal outlook becomes increasingly apparent, as he pushes the campers into traditional gender roles — women are assigned to bake, and the men are assigned to do some target practice. Out of all the campers, it’s Jordan (Theo Germaine), a trans and non-binary person who aches to be emancipated from his bigoted parents, who is the most rebellious and skeptical about the camp’s history.

The murder and general slasher mayhem seem shoehorned in They/Them. The film works best when it focuses on the psychological manipulation and abuse the counselors afflict on the campers. Bacon, as per usual, makes for a great villain. Even though he seems open-minded and aware of the LGBTQ campers’ trials and tribulations, you know there’s a sinister side beneath it all.

The LGBTQ characters are represented well, and respectfully. However, most of them lack any depth. Some are insecure and struggle with their identity, but apart from that, they are pure at heart — with the minor exception of the jock character within the group.

There’s a small moment in the film where Jordan is gaslighted into doubting his identity. It’s a good moment and shows what harm these camps can do to these youngsters. Unfortunately, this is quickly ruined by a corny sequence, in which Jordan and the rest of the campers start singing P!nk’s “Perfect” in defiance of Whistler.

This sequence, and the film’s affirmative dialogue, seem to be there to give hope to those suffering under similar bigotry. The film’s final stand against the evildoer, with its life-affirming speech, also makes this clear. The message is laid on so thick, and the film rides these themes with such gentleness, that there’s not much, if anything to chew on at the end.

While Whistler is portrayed with a little nuance, most of the other counselors, besides Anna Chlumsky’s character who seems conflicted about what’s going on in the camp, are all generic stereotypes. There’s the soft-spoken evil therapist, the closeted macho goon, a creepy peeping tom, and naturally, one of the counselors turns out to be a sexual harasser.

It would have been more interesting if we got a little background into the demented outlook or philosophy of these counselors, about why they are doing this and how damaged they are because of it. Instead, they are all one-dimensional characters who you are just waiting to get killed off.

Also, a little trigger warning: there’s an upsetting animal death sequence that seems just there for shock value. It’s predictable, and you don’t see much, but it was unnecessary nonetheless.

As for the murders, the film lacks any tension or creative kills. It’s painfully predictable and almost all of the kills include a scream and blood splattering on the wall. So, if you’re a gorehound, there’s nothing to see here.

The film shouldn’t have been a slasher anyway. It should have been a psychological horror film. One wonders what Ari Aster could have done with this material.

But again, the film’s focus seems to be about giving hope to the disenfranchised LGBTQ audience, rather than wanting to be a solid entry to the horror or slasher genre. Its heart is definitely in the right place, but it doesn’t make for a good movie.

Thank you for reading! What are your thoughts on They/Them? Comment down below!

‘Boys State’ is a Fascinating Look at a...