What happens when you don't have an antagonist to root against? 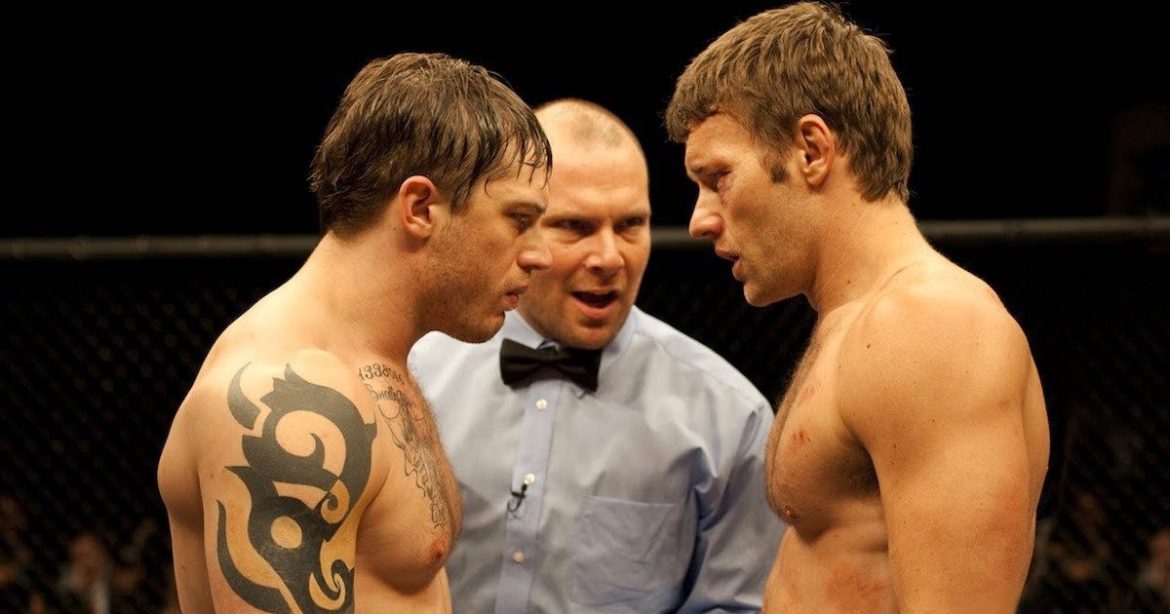 Warrior is a dramatic look at the world of MMA, as seen through the eyes of two brothers with a complicated relationship. While this is a sports movie primarily about fighting, much of Warrior is dedicated to evaluating the relationship between these two brothers, their lives, and what fighting means to them.

Because this film dedicates so much time to each main character, the final fight between the two brothers becomes difficult to watch. Both brothers have admirable reasons for why they want to win the MMA tournament and we’ve gotten to know them throughout the first half of the movie.

What happens when the sports movie makes you root for both sides of the final competition?

Tommy Conlon is a hardened man. He shows up at this father’s doorstep one night and asks to share a drink with him, a drink which Paddy Conlon (Nick Nolte) declines, as he has dedicated himself to sobriety. This is when we learn an important fact about Tommy — he hates his father. Paddy left Tommy, his brother, and his mother at a young age as he was a drunkard. Their mother later died, with only Tommy there to care for her. He understandably blames his father for what happened and can’t hold a civil conversation with him.

Through expositional dialogue, we also learn Tommy was in the Marine Corps like his father was, a bit of irony that isn’t lost on the audience. It seems his time deployed deeply affected him, leaving him wallowing in his sorrows with pills and alcohol. However, with the introduction of the Sparta tournament, he replaces those vices with fighting and hard work, only with the help of his father as a tough coach. Having his estranged father as his coach is hard to get used to, but it turns him into one of the toughest fighters in the Sparta tournament. It also makes Warrior an intriguing story about how complicated relationships can be.

Despite the hardened exterior, we also learn that Tommy is a caring man. He makes a phone call to a woman in El Paso, who we find out is the husband of a Marine Tommy was good friends with. It’s clear to the audience that this Marine died in combat, a tragedy that Tommy seems to think is his fault. Despite him also being a war hero, it’s this survivor’s guilt that eats at him and makes him the bitter man he is. He vows to do whatever it takes to support the woman and her little boy.

Brendan is similar to his brother, Tommy, in many ways, but his life couldn’t be more different. He is a father to two little girls. He and his wife and kids live in a typical suburban house and are perfectly happy there. Like any middle-class couple, they have their money troubles, but they’ve been able to push past them until this moment in time.

Brendan is a physics teacher by day — one of the more popular teachers, at that. However, at night is where his true character comes out: the fighter within. While he tells his wife he bounces as a second job, he’s really fighting in cheap matches at strip clubs and bars to get by. Not only is he fighting, he’s dominating. Like Tommy, he’s a born fighter who excels at the sport through hard work and determination.

Also like Tommy, he is not a big fan of his father. Though he didn’t move with his brother and mother, he saw the man his father was and cut him off from his own small family. You’d think that would make him and Tommy close, but it only drives them further apart.

The final fight in the Sparta tournament is a showdown between Tommy and Brendan, who have both dominated the competition in their journey to the Octagon. It’s at this moment that the audience feels a sense of confusion. Who are we supposed to root for? Does it matter who wins? Who has the more admirable goals?

Let’s forget about who wins for a minute and examine what it is Warrior wants us to see in these two fighters. In Tommy, we see a man down on his luck. This is the typical underdog story. This is what every good sports movie highlights. He went from a drunken, drugged, depressed man to a man who took on everyone. Not only that, but he did it all for someone he loved. It’s a purely selfless act that should be rewarded, right?

Brendan is fighting to keep his family home and to make life as comfortable as possible for them. He has a whole school of teenagers cheering him on. If he doesn’t win this fight, he most likely has to file for bankruptcy and move back to a cramped apartment. This tournament is important to him too because his livelihood depends on it. Not only that, but he’s always lived in Tommy’s shadow; it’s time to claim his spot on the top. He should definitely win, right?

I know a fight has to have one clear winner, but maybe an exception can be made in this case. Maybe there can be two winners to this match. Technically, Brendan is the winner because Tommy tapped out, but Tommy can be a winner too. By conceding the match to this little brother, he shows humility and reconciles with his past. The brothers walk out of the octagon arm-in-arm, reunited once again.

It’s not a perfect ending. The brothers still have some issues with their father to work out. There are still conversations to be had and relationships to be mended, but their lives have changed, hopefully for the better.

Thank you for reading! What are your thoughts on Warrior? Comment down below!

[…] movies appeal to a specific subset of theater audiences. Whether it’s Lawless, Warrior, or Venom, he plays the same type of guy. He’s the strong, silent type that everyone […]