'Hart's War' subverts your expectations with nearly every scene. 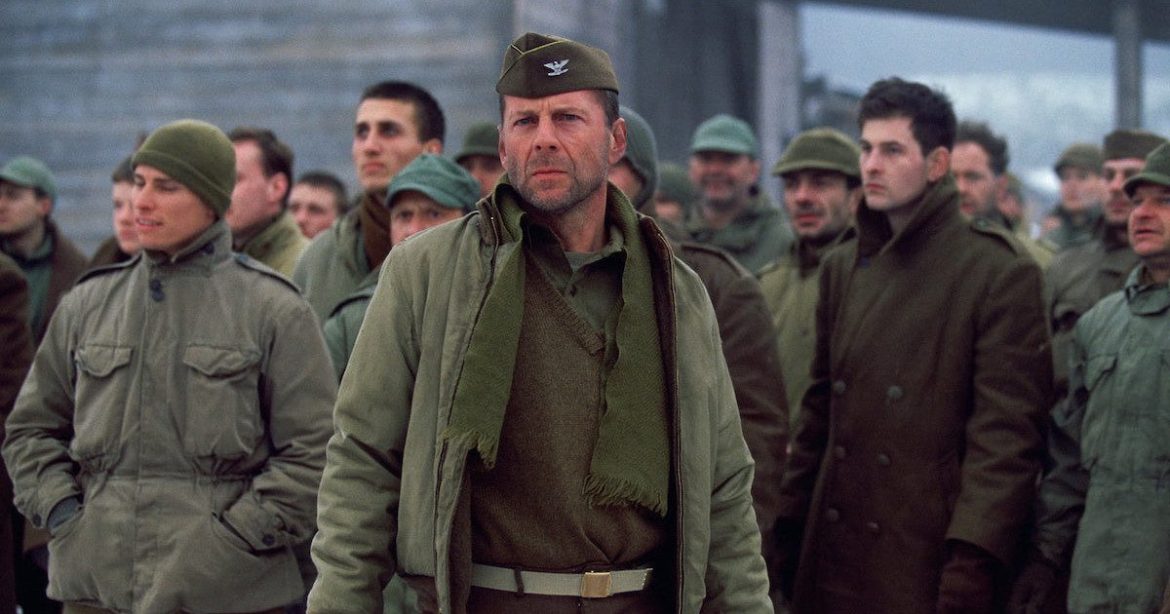 Before watching Hart’s War, I had read no summary of the movie. I knew it took place in World War II and had Bruce Willis and Colin Farrell. Other than that, I was completely in the dark. Turns out, this was the perfect way to watch it.

From the start, Hart’s War flips your expectations on their head. It starts out as a POW/war film, then becomes a drama about racism, then a courtroom drama, and then an escape film.

Hart’s War keeps you guessing to the very end!

When you first start the movie, you think it will be about Lieutenant Thomas Hart’s (Colin Farrell) experience as a pampered soldier captured by the Germans in World War II. We hear a lot about Hart’s rich and influential father who secured him a safe job far from where the actual war is. The horror story starts when he offers to drive a soldier back to his unit and is ambushed by German soldiers posing as American MPs.

From there, we see him tortured mercilessly, becoming just another malnourished, freezing prisoner. It seems that the main conflict of Hart’s War will just be to survive the mistreatment.

However, once he enters Stalag VI-A, where the majority of our story takes place, the story begins to change. He doesn’t face the same torture and mistreatment he has previously endured. Instead, he encounters prejudice, factionalism, and racism among his deeply hardened comrades. When one of the newly arrived Black pilots is accused of murder, this prisoner of war film morphs into a courtroom drama.

At this point, Hart’s War begins to lean toward the likes of A Few Good Men, showcasing a military court martial. Or, at least, as close to a military court martial as can be achieved in the prison camp conditions. Hart is assigned to be Lieutenant Lincoln Scott’s (Terrence Howard) lawyer, as Scott has been accused of murdering Staff Sergeant Vic Bedford (Cole Hauser), a racist who was responsible for the other Black pilot’s death. Hart, who was in law school before the war, reluctantly accepts the duty.

Up until now, we have seen Bruce Willis’s Colonel William McNamara as a good guy. While he made Hart bunk with the enlisted men for initially lying to him, he’s been generally kind to his soldiers. But, when Hart tries to earnestly defend Scott, we see a different side of the man, subverting our expectations once again. McNamara is doing everything in his power to convict Scott of his crimes and send him to execution. The audience is left to wonder, is McNamara merely a racist or is there something bigger going on here?

While the whole film is taking place in a prison camp, the setting takes a backseat to the legal proceeding that is going to define the rest of the film. The injustice, the racism, and the drama will be center stage now.

At this point, you’ve realized that the film has taken a turn into a historical story of racism. The Tuskegee Airmen have been treated poorly from the moment they stepped foot behind the barbed wire. Bedford set up Lieutenant Lamar Archer (Vicellous Shannon) to be a thief, calling for his immediate execution by the guards. Scott is forced to deal with the loss of his friend and the continued alienation by his comrades.

Then Hart begins to unravel the truth about what’s happening in the prison camp: escape. Scott never murdered Bedford; he was framed to allow for the escape of over thirty men by tunnel. The trial was a cover-up to buy time for the escape. McNamara, mastermind of it all, was never racist at all, just coldly calculating. McNamara was the murderer.

Hart faces a choice now: let Scott take the blame and allow for the escape to happen or try his hardest to clear his name. It’s obvious his hands are tied and those are his only two choices…right?

As the trial is wrapping up and the escape is underway, Hart is wrestling with the most important decision of his life. He can’t let an innocent man die, but there’s virtually no way to save him. The evidence convicting Scott is damning and to convince anyone otherwise is a fool’s errand.

But there is still one way out. Hart stands up during closing arguments and tells the court that he was the one who killed Bedford. Scott is saved and the escape is allowed to continue, for the time being.

The entire courtroom is rushed outside for Hart’s snap execution, when Oberst Werner Visser (Marcel Iureş) hears a noise coming from a part of the bombed-out theater — the escape has been foiled. Visser drags out a number of the men involved in the escape and lines them up next to Hart for their execution as well. Hart pleads that they don’t know anything but Visser refuses to listen. All of them face their inevitable deaths, with no hope of surviving. That is, until their savior comes along.

The guards at the front gate yell for Oberst Visser as they let in an unknown figure. As the figure approaches, we see that it is McNamara, donning a German uniform that would have been his disguise to escape the prison camp. McNamara admits it was his idea for the escape and he takes full responsibility, knowing full well the consequences of such a confession. Visser shoots McNamara point blank with no ceremony.

It wasn’t the behavior we expected from McNamara, but it ended up saving the men. In the end, McNamara truly was a good guy.

Thank you for reading! What are your thoughts on Hart’s War? Comment down below!

You Can Only Keep the First 15 Minutes...