‘Beavis and Butt-Head Do the Universe’: A Tale of Two Heroes on a Quest to Score…

Hehehehehe, this movie is cool! 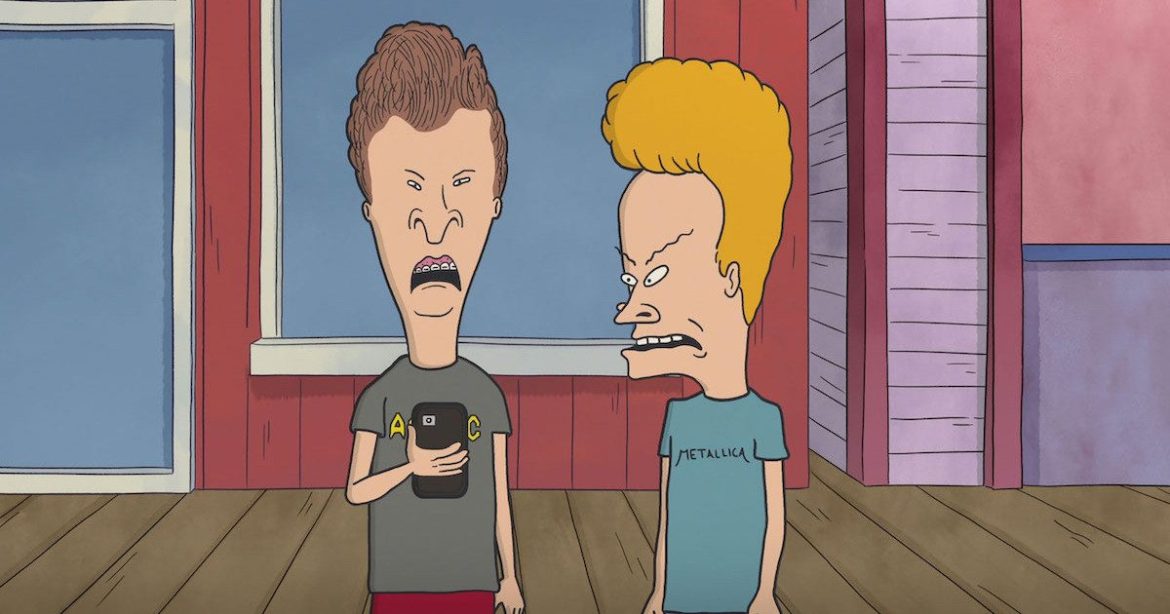 There once was a day when Beavis and Butt-Head, this innocuous and delightfully stupid cartoon, was highly controversial. For the moral crusaders in the early nineties, the popularity of this MTV-produced show (back in ancient times when MTV was still known for airing music videos), horrified them. The show had been unjustly blamed for inspiring a five-year-old child to set his mobile home aflame, which resulted in the death of his two-year-old sibling, which caused the network to censor any references to fire and move the show to a different timeslot.

But most of all, this show posed an existential threat. Not understanding the show’s innate satire, it was misunderstood as endorsing the mindlessness of its two central characters. To them, these two deadbeat slackers and their millions of fans represented a decline of the nation’s values (meaning Christian), as well as increasing nihilism among the youth.

If you don’t understand the context or lack any sense of humor, it’s hard to disagree. All these two characters did in the show was sit on the couch, make insane observations about whatever music video they were watching, and laugh at anything that made them think of sex. Their adventures outside their favorite pastimes concerned nothing more than their hopeless pursuits of bedding women, doing something that made them laugh, or inducing their school principal to have another mental breakdown.

Of course, this was before the time of Family Guy. This was during a time when Married With Children or The Simpsons would give rise to controversy. Cartoons now, supposedly for adults but we know the kids are watching them too, are filled with vulgarity, gore, and sexual references. Looking back now, the antics of Beavis and Butt-Head, seem rather quaint, even kind of adorable.

Nonetheless, Beavis and Butt-Head, even with them being creatures from a very different era, remain timelessly funny. Their last cinematic outing, Beavis and Butt-Head Do America, was over 26 years ago. And besides, a short series revival in 2011, we’ve gone through long, painful years without the duo’s compulsive giggling.

With streaming services in desperate need of nostalgia fare, it was only a matter of time before they would revive the two lovable idiots for the small screen. Thus we have Beavis and Butt-Head Do the Universe, a new feature film, which is now streaming on Paramount+. Besides the new film, Paramount+ will also release 200 HD remastered episodes (which will include the original music videos that were often censored in later releases), and reportedly, a brand new season. Time will tell if the new season will retain the same brilliant idiocracy, but with creator Mike Judge involved (who also co-wrote the screenplay of the film), I don’t see any reason to be worried.

As for the new movie, it’s a blast. I won’t go too much into the plot because similar to their previous cinematic outing, it’s convoluted, ridiculous, and best experienced without any big spoilers.

In 1998, Beavis and Butt-Head (both voiced by creator Mike Judge) are sentenced to space camp after destroying all the inventions of a science fair; apparently, the judge found it important to give these nincompoops a chance at higher education.

While there, their fascination with the docking mechanism (as it includes inserting a rod into a hole) is confused with them being two idiot savants, and the two are then recruited on a dangerous space mission; of course, they both think the whole mission concerns “scoring” with the leading astronaut, Serena (Andrea Savage).

In comparison to their previous road trip, Do the Universe is much less “grounded.” There’s space travel, time travel, and even a multiverse. Beavis and Butt-Head confront the modern times, including completely misunderstanding mobile phones and Siri (especially Beavis on that part), and a trip to college also makes them completely misunderstand the concept of White privilege.

The motivation of these two characters remains the same: to “score.” And just like we’ve seen before, an excess of drugs turns Beavis into his alter-ego, Cornholio.

Narratively, Do America works better. Do the Universe feels less cohesive. More like a series of segments than a story. The authorities chasing B and B were also funnier in Do America too; granted, it’s hard to beat Robert Stack with a penchant, or rather, obsession, with “thorough cavity searches.”

Some jokes work better than others. But if one doesn’t make you laugh, the next one likely will. Occasionally, the film does stray a little bit into the meanness that’s more common in today’s cartoons, though luckily it never goes too far, though I’m aware that B and B, especially in the beginning with their horrendous first episode, “Frog Baseball,” could be quite mean-spirited.

Animation-wise, the film is technically a step-up. It’s much cleaner and smoother now, but I still missed the original, admittedly cruder hand-drawn style. Also, some of the character designs resemble that of the show, Archer, rather than the classic B and B show.

Besides the film’s increasing outlandishness and science fiction elements, the film does lack in truly memorable imaginative sequences, such as Beavis’ tripping balls in the desert in Do America.

But these are all nitpicks for what’s overall, a hugely enjoyable, and most welcome return of the eponymous duo. It’s another worthwhile addition to Mike Judge’s legacy of hilarity.

Thanks for reading! What are your thoughts on Beavis and Butt-Head Do the Universe? Comment down below!