‘Oxygen’: A Stylish Sci-Fi Thriller With an Emotional Core That Ultimately Struggles for Air 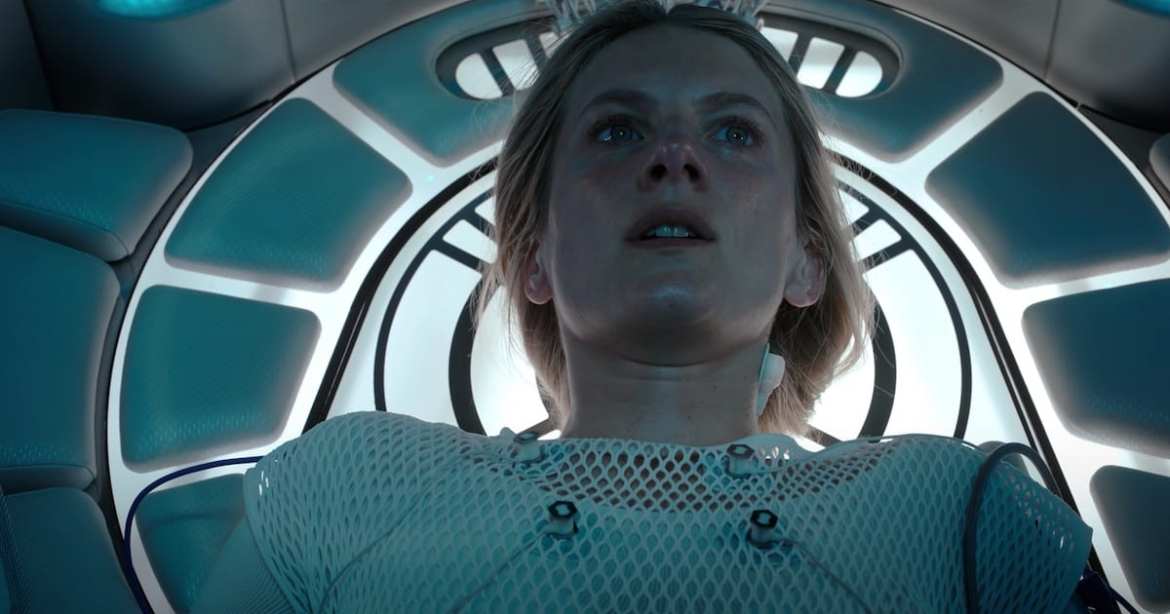 A woman wakes up in a cramped cryogenic pod. She can’t remember who she is or how she got there and as the pod’s AI matter-of-factly informs her, she’s fast running out of oxygen.

Alexandre Aja (Crawl, High Tension, and Horns) brings a simple yet tantalizing premise to life with Oxygen, a claustrophobic race against time that thrills despite its lack of emotional resonance. Playing out much like a sci-fi tinged Buried, we’re similarly limited to the one location, but the director has a few unique tricks up his sleeve to keep things interesting.

Such films clearly rely almost exclusively on the believability of their lead’s performance to keep your attention; think Tom Hardy in Locke, Jodie Foster in Panic Room, or recently Carla Gugino in Gerald’s Game. Here, Melanie Laurent (Inglourious Basterds, Enemy) is more than up to the task. Laurent is, without a doubt, the strongest element of Oxygen. When the film works, her panicked disorientation and committed resolve make for a gripping viewing experience. The actor is utterly convincing at conveying her predicament whether she be in pain, imminent threat, or bewilderment.

The production design and art direction are brilliantly effective in their simplicity. The futuristic technology built into the pod and personified by MILO (a seemingly benevolent version of 2001’s HAL voiced by Mathieu Amalric) adds an entirely new dimension of possibility for conflict, suspense, and potential escape. The blue neon light and 3D sound-wave displays are beautifully designed and it’s genuinely impressive just how visually creative the team is with such a limited physical space. On top of this, an element of danger in the form of a serpentine robotic arm, ominously driven to sedate the doomed protagonist, is genuinely terrifying in its unfeeling, syringe-wielding directive.

The narrative is full of twists and turns, some more effective than others. There are clever misdirects, but a lot of the film’s biggest revelations come slightly too long after the audience may have considered them as a possibility and thus their effect is somewhat dampened as a result. Furthermore, a number of plot developments have the adverse effect of making you question some story logic introduced earlier in the film, but due to the intense plot progression, they’re breezed by swiftly enough to not be too jarring when they occur.

Alongside the lead performance and evocative visuals, Stéphane Roche’s editing keeps things fresh through a propulsive pace and nice incorporation of flashbacks. These flashbacks, as expected from Aja, are visually dynamic yet they also represent some of the film’s weaker moments. Though the protagonist’s amnesia makes for a compelling mystery, her lack of certainty about her past and the relationships in it make it difficult to truly latch onto the film’s emotional core. Glimpses of a marriage to a man who is only silently represented and who the protagonist themselves isn’t even sure how they feel about give us very little insight or resonance that would make her crisis more affecting.

Of course, it’s not important that an off-screen love interest be the emotional core of this story but there is the definite sense that something is needed to anchor this strange scenario beyond the mortal danger of the character’s diminishing air supply. An attempt at a familial connection towards the final act is somewhat effective yet by then a case of too little, too late to truly make us care. None of this falls at the feet of Laurent, however, whose work is commendable and practically faultless in its attempt to keep us invested.

Instead, it seems that Christie LeBlanc’s screenplay itself, with the plot so intricately mapped out, forgets to effectively flesh out the story which is so important to one’s ultimate emotional connection to a film. When compared with its counterparts such as Arrival, Gravity, and Interstellar, we see narratives that pin themselves first and foremost in the heart and soul of its characters’ relationships (or lack thereof) before fitting the plot structure around them. Here, our character is wrapped in a rigid framing device with no real sense of who they are or what they care about which leaves a somewhat cold effect lingering while the credits roll.

All that being said, Oxygen is a solid entry into the pantheon of single location thrillers and is certainly worth seeking out for its unique premise, evocative visuals, fascinating sci-fi inventions, and Laurent’s strong performance. In many ways, this is more enjoyable and tighter than some of Aja’s recent work and one would hope that he continues on this trajectory with future projects.

Thank you for reading! What are your thoughts on Oxygen? Comment down below!

While at times I was I patient for answers, over all, I liked the movie. To me, being a clone explained the character’s memory and emotional connection issues. My favourite take away? Being hit with all those pods when the character asks for an outside view. Woah!

That was a really nice reveal. Loved the imagery of the leaves as well.