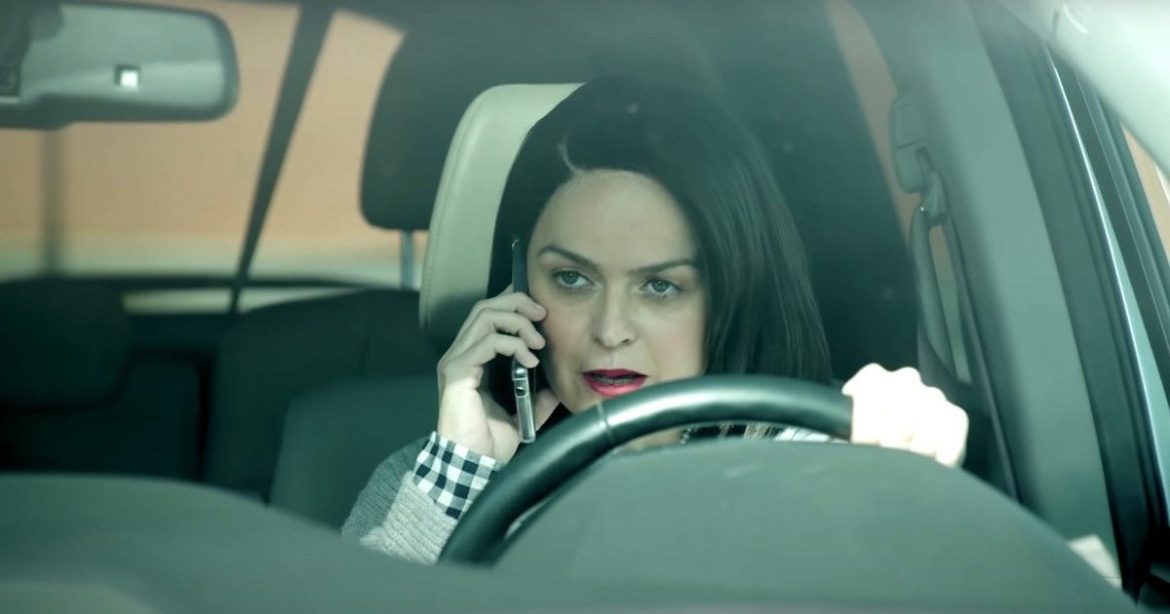 The slang term ‘Karen’ represents the racist, entitled white women of suburbia. A creature from the lagoon of (usually) far-right misinformation. Stereotypically, you can see a ‘Karen’ donning a bob cut with blonde highlights. As per usual, a ‘Karen’ doesn’t consider herself a racist despite outing herself as one in any debate concerning the subject of race. Notably, she’s instantly suspicious of Black people and doesn’t hesitate to call the authorities on them for even the most innocuous of offenses.

Some have taken umbrage with the term, stating that it’s inherently sexist against women. Whatever your position may be, it has resulted in countless fodder for clickbait articles and silly memes. And now, due to the popularity of the term, somebody out there thought it might the ideal foundation for a motion picture.

Is this a stupid idea? Oh, very. Could it work? Sure it can. You could use the character of a Karen in a darkly comedic subtext. Charlie Brooker already did this brilliantly with last year’s mockumentary, Death to 2020, in which Cristin Milioti plays a hilarious version of this stereotype. A deftly comic writer could use such a character to expose the racial divide of America.

In a more dramatic context, one could even create an in-depth character study of one particular Karen. Expose the culture of such entitled women and how they could become so misinformed. There’s a lot of interesting things you can do with a stupid subject. Plenty of stupid ideas for movies became the inspiration for great ones — 21 Jump Street or The Lego Movie for instance.

Writer/director Coke Daniels (yes, that’s his actual name) had the bright idea to create a psycho-thriller around the concept. Which might not be the dumbest idea, but again, with the proper writing, you could have something interesting.

Taryn Manning plays the titular Karen, a recently widowed woman with two children. As president of the Home Owner Association of her suburban neighborhood, she wields her power with an iron fist, reminding people whenever they make the tiniest infraction, such as not picking up their trash on time.

But her protected existence is threatened by the sudden arrival of a married Black couple, Malik and Imani (Cory Hardrict and Jasmine Burke). Even though Karen’s fellow neighbors are happy with the added diversity, Karen is immediately distrustful of the couple, Imani in particular. Initially, Karen seems awkward but unassuming. Yet with each encounter, Karen’s unconscious bias turns extremely blatant and her behavior increasingly hostile. It’s clear that Karen is one disturbed woman and that the couple should stay far away from her. But after a humiliating video involving Karen goes viral, her position in the neighborhood is significantly downsized. Karen takes out her frustration against the couple, perceiving them to be the corrupting influence of the neighborhood.

Look, I didn’t expect a subtle film by any means. But I didn’t expect this film to be this ridiculously flagrant. The opening scene alone conveys the nature of the whole film, with Karen cleaning up a Black Lives Matter graffiti sign. The film is actively trying to destroy whatever nuance is possible from such a storyline.

Picture the dumbest version of this movie you could think of… and your vision is probably pretty close to the actual finished film.

Karen, as played by Taryn Manning, is not a character, rather a composite of all the stereotypical aspects of a ‘Karen’. I had hoped her racism was less upfront, to be closer to the unconscious white liberal racist, as shown in Jordan Peele’s Get Out. (“I would have voted for Obama for a third term if I could”.) But nope, even in her first encounter with the Black couple, she jokes about how she first thought they were “casing the place”.

If that was too subtle for you, don’t worry. In her bathroom, she has a portrait of an infamous Confederate soldier hanging on the wall while a confederate flag is pasted on her soap dispenser.

When Karen is engaged in discourse about racism, she pulls out all the clichés, even going so far as to suggest that if Black people don’t like America, they should just move back to Africa.

It’s obvious that Coke Daniels just wants you to hate this character, and that’s fine, but at least make her an actual character. Give us some understanding of her warped psyche. A flimsy backstory just isn’t enough. Her reasons for being this way are the most painfully typical ones. Every textbook racist reasoning is put into this character.

Coke Daniels, however, isn’t satisfied with just one racist white person being the villain. As a secondary villain, we have Karen’s cop brother, Mike (Roger Dorman). The fact that he’s a mere racist cop isn’t enough, he also has to be part of a secret brotherhood of white supremacists within the police force.

Admittedly, the self-righteous blatancy makes up for the relative dullness. The film’s extreme obviousness, in its portrayal of the characters and its message, is amusing. But not amusing enough to entertain the audience for a whole 90 minutes.  As a thriller, this film is devoid of suspense. It’s excruciatingly obvious where the film is heading toward and when it does, you don’t even receive the genre kicks one would want. In other words, it’s just not schlocky enough.

The dialogue is generally terrible, filled with loads of lame expository drivel — when the couple is first introduced, they immediately make reference that they’re “finally homeowners” and that this is “a long way from Eastpoint”. Acting-wise, it’s mostly adequate, if amateurish at times. Though this is not the actors’ fault as they are obviously trying to do the best they can with the lousy material.

Taryn Manning is the best of the cast. Occasionally, she’s really good in the role, but she’s mostly undermined by the material. Though I believe with a better script and director, she could have pulled off a frighteningly good performance.

When the film was (finally) over, I noticed this was a BET production (Black Entertainment Television). I was immediately reminded of the hilarious skit in Aaron McGruder’s brilliant cartoon, The Boondocks, in which they joke that BET actually stands for ‘Black Evil Television’. The point of the skit is to show how BET’s portrayal of Black people, with its overemphasis on stereotypes, is actually harmful to the Black community.

The portrayal of racism in Karen is on this same level. It’s a dumbed-down version of your white female suburban bigot. It’s not interested in understanding the culture that enables them. Karen as portrayed in this movie is just an avatar to beat up on. But even as a piece of genre entertainment, you’re left dissatisfied.

Whether Daniels has good intentions is not for me to judge, but on the surface, this film feels more cynical than well-meaning. Using whatever modern references are available, it tries to appeal to the Black community’s sense of injustice. None of it comes over genuine. It’s neither outraged nor heartfelt. It’s an absolute whimper of a film.

Desperately, the film even has the gall to end with a didactic speech, where a civil rights leader rallies against the bigoted forces still inherent in American culture. You even get a random assortment of Black people staring into the camera as the speech continues in a voiceover.

Sorry, Coke Daniels, you’re no Spike Lee. You’re not even in the same league as Lee Daniels.

Thank you for reading! What are your thoughts on Karen? Comment down below!

A secret brotherhood of white supremacist cops? In America? They don’t usually keep it a secret do they?

I knew this movie would be garbage.

Thanks for the warning. I think I will pass on it. You really sealed the deal when you mentioned the Production Company behind it. I’ve been avoiding BET for some time now.

I do agree that the “Karen” premise could yield some entertaining and maybe even eyebrow raising results, but like so many things today; the material doesn’t exactly write itself. Thank you for your thoughts.

‘Get In’ is a Vicious Descent into Inevitable...