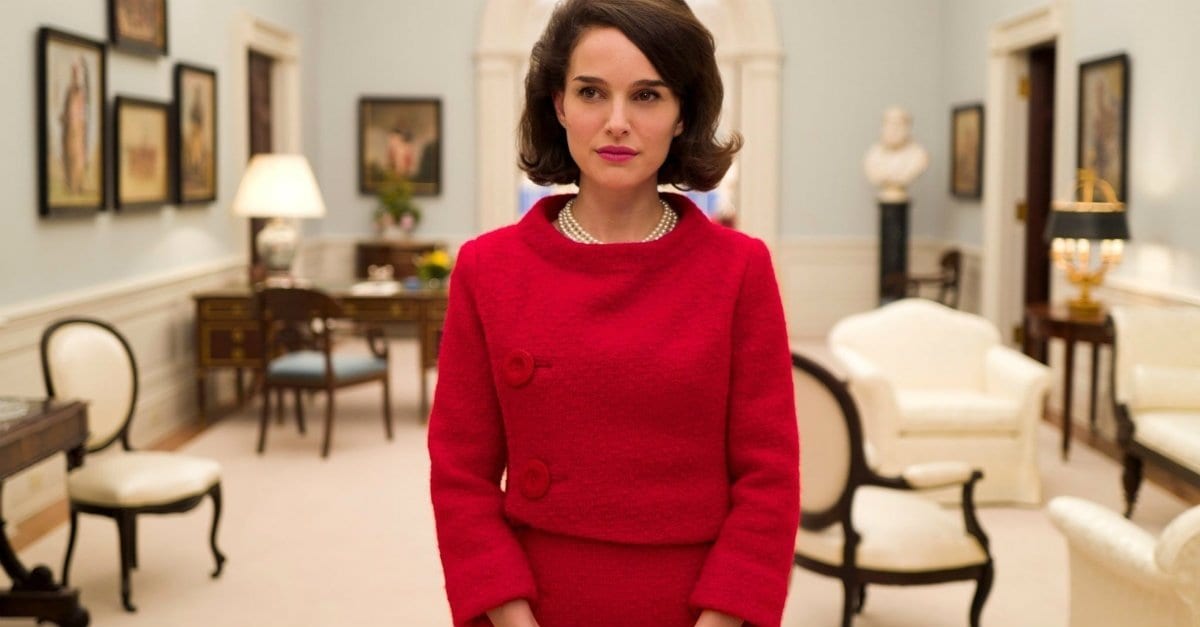 After receiving a lot of buzz early on in the awards season, Jackie has finally been released wide in theaters.  Natalie Portman has received much praise for her portrayal of Jackie Kennedy, so I made sure to take a look for myself to see if she’ll be our best actress Oscar recipient.  The review will be spoiler free.  As always, make sure to comment at the bottom of the page with your own thoughts!

Jackie is directed by Pablo Larrain and stars Natalie Portman as Jackie Kennedy, Peter Sarsgaard as Robert Kennedy, and Billy Crudup as the Journalist.

The film follows an interview that the Journalist undertakes with Jackie Kennedy soon after the assassination of her husband and president John F. Kennedy.  Jackie recounts her emotions and actions in the moments directly after the one of the most defining events in U.S. political history.  We learn of Jackie’s inner turmoil and the struggle to properly honor her husband. Although many Star Wars fan boys may disagree due to her performance in the prequel movies, Natalie Portman is one of the better actresses working today.  She really excels in smaller, more character driven films where she can show off her acting range.  Obviously the performance that comes to mind when you think of Portman is her academy award winning portrayal of The Swan Queen in Black Swan.  Her ability to show the descent into madness from obsession and the pursuit of perfection was absolutely haunting and downright creepy.

This movie also has the ability to give an interesting twist on the JFK assassination in telling the story from Jackie’s perspective.  We’ve seen attempts at this story before.  But, there’s some real potential in stripping this historical event down and giving it a very relatable spin by making the crux of the story be simply about a wife grieving the loss of her husband.  A wife trying to handle all the issues that come with a funeral could be very heart-wrenching in theory. 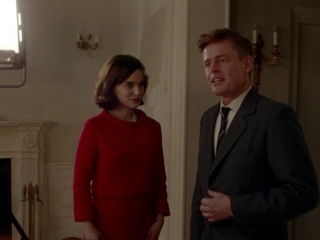 Jackie, however, is mostly an average movie with an incredible performance at its core.

Natalie Portman gives one of the best performances of the year, and is currently my front runner to win the Oscar for best actress.  If you know anything about Jackie Kennedy, you know that she had a very distinct voice and vocal pattern.  Portman has the accent down perfectly to the point where it’s almost frightening how good it is.  She also succeeds is giving a very convincing portrayal of a grieving wife while also showing much strength and grace.  Portman strikes the balance perfectly between showing power as she demands what she feels is best to honor the legacy of JFK as well as showing her tortured inner self as she tries to put the pieces of her life back together as a widow.  She definitely deserves the praise she is receiving from other critics.

However, the rest of the movie does nothing to really distinguish itself.  The camera work and the rest of the acting is done professionally, but it doesn’t do anything to deserve excessive praise.  As an example, Peter Sarsgaard as Bobby Kennedy was a little underwhelming in comparison to Portman’s dynamite performance.  There’s nothing necessarily wrong with his acting.  But, Sarsgaard lacks the attention to detail to his portrayal of Bobby Kennedy that Portman brought to Jackie.  There’s nothing about Sarsgaard’s mannerisms that scream Bobby Kennedy.  While his line delivery is actually pretty good (as you would expect since he’s a great actor in his own right), he is definitely not authentic. As for the film direction as a whole, I really liked the idea of Jackie Kennedy retelling the events of the movie.  The construction of the film made it feel like we as the audience was getting a special look into the life of Jackie Kennedy since, according to the film, she values her privacy very much.  Billy Crudup as the Journalist had a really nice professional relationship with Jackie, staying distant enough as you would expect a reporter to do.

However, the film cuts and splices parts of scenes and conversation across different parts of the film which felt a little jarring considering that the overarching storytelling device of the movie is an interview.  You would think that in an interview that Jackie would tell an entire scene or conversation at once and then move on to another story.  I don’t have an issue with this device in other movies.  However, I felt as if it didn’t fit the story that was trying to be told. I will commend this movie for doing a fantastic of recreating the feeling of the 1960’s.  The creative team uses grainy footage to give an authentic retro vibe to Jackie.  It certainly helped to give a more realistic retelling of such a tragic event.  But other than that, the film fails to grab your attention with any creativity to shots or color palette.   This forces you as the viewer to focus on the acting performances to be wholly entertain.  However, Portman is the only one who gives an extraordinary performance.

Judging the movie as a whole, it hardly tries anything out of the box to wow its audience, but does deserve your attention for Portman’s performance which is truly remarkable.  Because of this, Jackie gets a B-.  I could see history buffs really gravitating towards this movie.  But I can’t see myself watching this film again any time soon.

Thanks for reading!  What’s your favorite portrayal of a historical figure?  Comment at the bottom of the page and let me know!

If you liked this review be sure to hit the like button as well as follow MovieBabble to stay up to date on all posts!