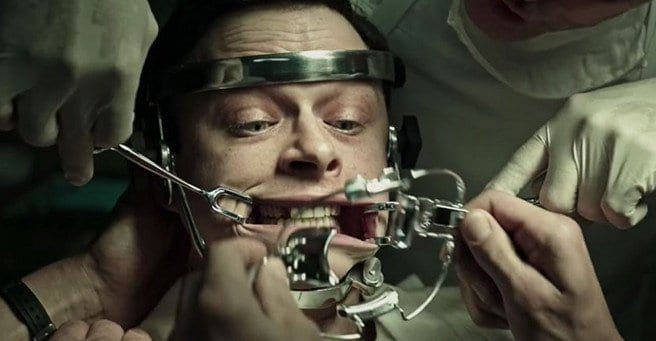 The last major release of the weekend is the next psychological horror movie from Gore Verbinski, A Cure For Wellness!  The film seemed to be attracting some buzz as it was heavily involved in advertisements for Super Bowl LI, leading many to believe that 20th Century Fox had high hopes for the movie.  The following review will be spoiler free.

A Cure For Wellness is directed by the aforementioned Gore Verbinski and stars Dane DeHaan, Jason Isaacs, and Mia Goth.

The film follows Lockhart (DeHaan) who has just been promoted at his job.  However, his company is starting to crumble as its anticipated merger with another firm cannot go through until Roland Pembroke, the CEO of the company, signs off on the paperwork.  But, Pembroke has mysteriously taken off to a health facility in the Swiss Alps in order to be “purified” of the toxins in his body.  The company then sends Lockhart to the facility to get Pembroke back to finish the deal, but Lockhart quickly finds out that something much more vile is occurring on the grounds of the wellness center. 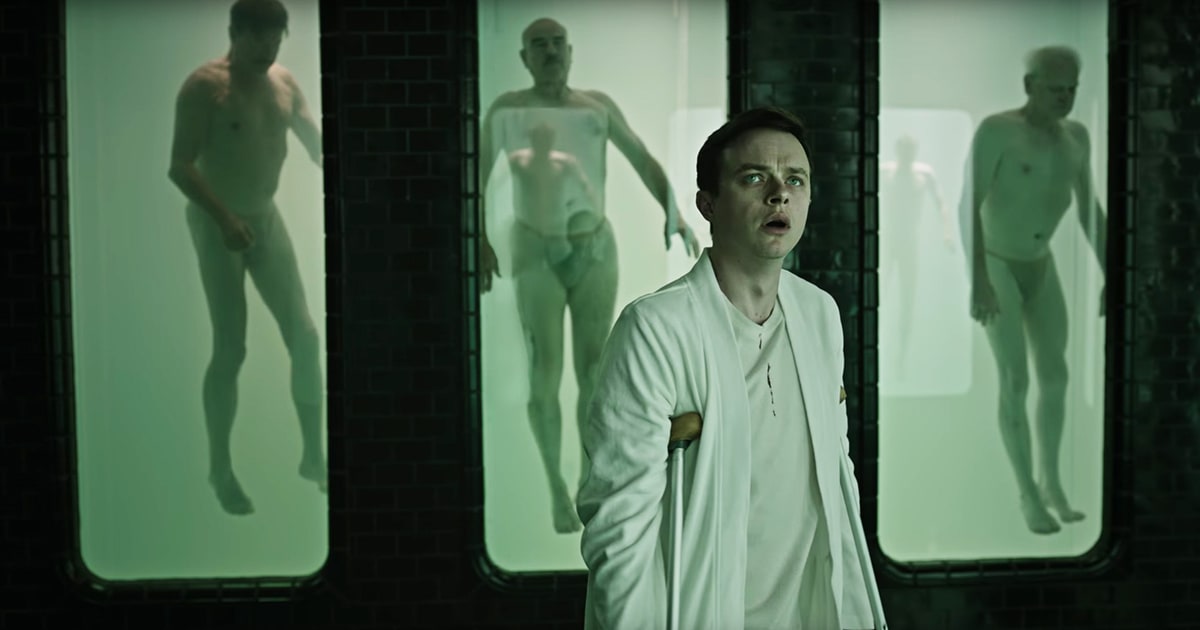 The second I saw the trailer for this film, my mind immediately thought of Shutter Island.  We see what seems like our main character trying to figure out a sinister plot at an institution while questions of his insanity become more and more apparent.  The filmed appeared to have a distinct visual style that definitely vibes well for a horror film.

The team behind this movie also had me pretty excited.  Gore Verbinski, known for his work on The Ring and Pirates of the Caribbean, definitely has had his ups and downs as a filmmaker, but he continues to try new things as a director and broaden his horizons, something that can definitely be appreciated in an industry that gets knocked for not having enough originality of times.  The cast assembled, while not household names, are solid actors that consistently have great performances with Jason Isaacs being my favorite of the group.  You may know him as Lucius Malfoy from The Harry Potter movies.

A Cure For Wellness may be enjoyed by genre enthusiasts, but unfortunately has some flaws that are too big to be ignored.

There are definitely a lot of things to like about this movie.  Everyone involved gives solid performances, leading to a very watchable film.  Two special shout outs go to Dane DeHaan and Jason Isaacs for their work.  The film predominantly follows DeHaan’s character.  In fact, other than the cold open of the film, there isn’t a single scene that didn’t involve his character.  He gives a very convincing performance as a man on the brink of insanity.  The cause of a lot of that insanity, Jason Isaacs, does a fabulous job, pulling off the calm yet incredibly shady adversary to DeHaan with ease. 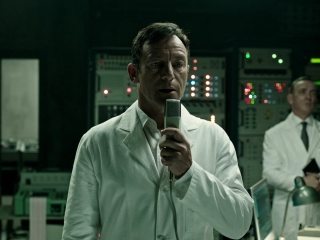 A Cure For Wellness, as you could tell from the trailers, has beautiful cinematography and a distinct visual style.  There are certainly beautiful landscapes to in the Swiss Alps to be seen, but there’s a certain color palette that the film uses that is “beautifully drab.”  It perfectly exemplifies the cleanly nature of the wellness center but has a certain lack of color that helps to hint at an ugly underbelly that the area has while having Dane DeHaan and other patients look sickly.  It’s certain stylistic choices like this that show that Gore Verbinski is a solid director.

The first 90 minutes of the film are very engaging.  The film set up for a very tense, suitably creepy thriller.  Then, the film kept trying to adds twists and turns that don’t make sense when you think about them logically.  The mystery behind this wellness center was really well done, but as I learned more about the facility and it secrets, the film collapses on itself into complete schlock by the end.  The film is solidly crafted to the point where these twists may get a pass if your brain is turned off.  The flaws are entirely too blatant to ignore for the more intellectually inclined, however.

A Cure For Wellness had a couple moments where it could have ended before the film resulted to its ludicrous ending.  The film even seemed to set up for a quicker ending with sharp shifts from Dane DeHaan’s character in which he seemed to buy into his insanity.  But, he would then revert back to his cantankerous nature in the following scene.  A quicker ending to this film would not only make the film instantly more rewatchable, it would also keep a veil of mystery around the health facility.  By the time the film shows all its cards, you wish it would have folded earlier before completely losing the hand. This film is also not for the faint of heart.  It goes into ideas of incest and rape that are easily more disturbing than any other creepy image put on screen.  Some of it teeters over the line of creepy and becomes unnecessary and even possibly offensive to some.  I would imagine that horror/thriller fans would have zero issue with these moments.  However, the casual moviegoer may find it off-putting.

A Cure For Wellness boasts a bunch of great performances and beauty.  But, its script is entirely too messy for the movie to be claimed “certified fresh.”  It gets a C.  I really appreciate that a large studio film like this one has the gall to make a really weird, creepy movie.  Unfortunately, all the parts of the film don’t add up to a net positive.

Thanks for reading!  Have you seen A Cure For Wellness?  Comment down below with your thoughts!

I agree with your grading; I gave it 3 out or 5 stars only because of its filming style and set production. It kept me curious for half of the two and a half hours, then it became tedious, then absolutely silly. Its a shame because it had the ingredients for a top-shelf horror but it could not resist the usual vampiric implosion finale.

Yeah it just became to implausible once the doctor showed his true identity. There is something about keeping you attention for that long, however.

Great review. I did find the movie lacking at points.

It definitely had potential…ohh well.

Yeah, this movie wasn’t as good as I was hoping it’d be. :/ At least there’s still “The Belko Experiment” to look forward to next month.

That one has me intrigued by the premise, although the trailers haven’t done much for me.

Thanks for this review! I wanted to see it, but it helps to know there are themes of rape and incest–which are naturally upsetting and worth avoiding.

This movie is definitely not for a large amount of the moviegoing population!

Great review!
I saw this over the weekend as well and I really had a hard time putting it to words after it was finished. There were things I liked about it, but like you mentioned, there were so many parts that were not necessary or just flat out didn’t make a whole lot of sense. :/
Also, I am so glad that you pointed out that Jason Isaacs was none other than Mr. Malfoy himself because throughout the entire movie I kept thinking I recognized him but couldn’t quite figure out from where! lol

Thanks so much! Isaacs is so great I wish he had more prominent roles!

I had high hopes for this film but after hearing a lot of mediocre review I think I might skip this one until its out on RedBox. Great Review! Hopefully Get Out will be the horror movie I’ve been waiting for!

Me too! It’s been getting great reviews!

Great review! I’m actually surprised the first 90 min. Was so good. The trailer made me skeptical.

It’s a really well-directed movie so when the plot actually made sense it was incredibly gripping. It’s just when the movie tries to pull the rug out from underneath you that you’re like “wait, what?”

Nice review. Well thought out and detailed! Thanks!

Thanks a lot! I really appreciate it!

Nice work on this.