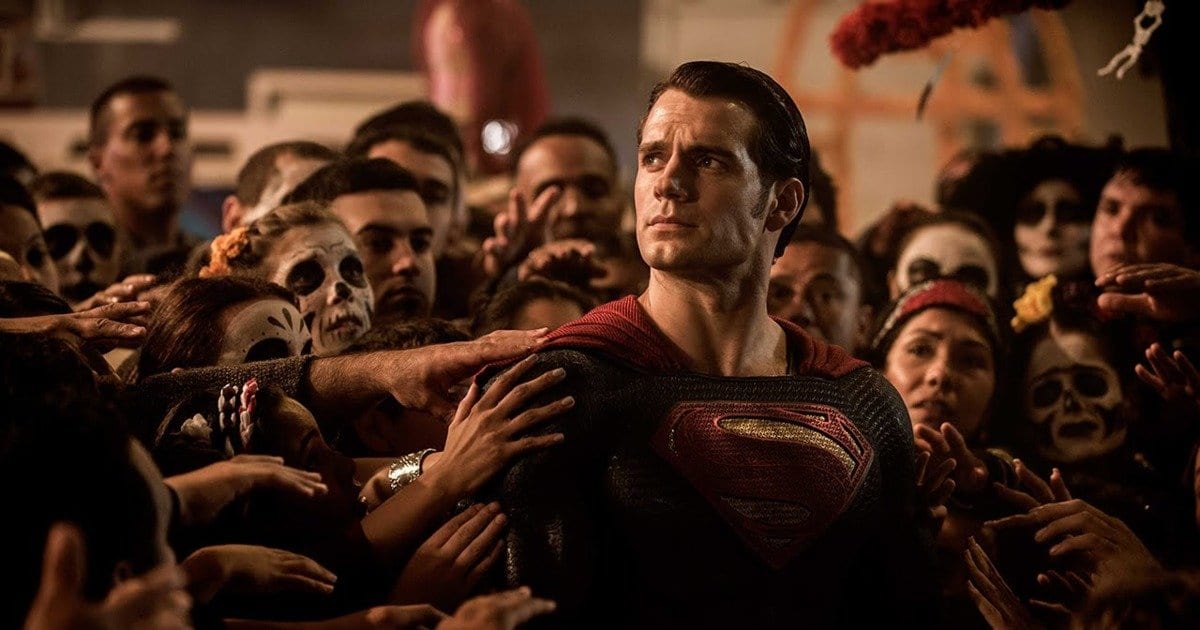 We’ve all been there.  You’ve been waiting for months to see the first bit of footage for your most anticipated film of the year.  And when it finally comes, your expectations only grow as the trailer looks to contain everything you wanted in the film and more.  Sometimes, the final product lived up to those expectations.  Other times, well, you get the idea.  However, no matter the actual quality of the film, it’s clear that the marketing department did a fantastic job in hooking you into seeing the film.  But which are the best movie trailers ever?

After the smashing success of the first Avengers film, expectations were sky high for its follow-up.  People were chomping at the bit to see the first trailer for Age of Ultron to the point where it was actually leaked online.  However, once the official trailer was uploaded, it did not disappoint.

The trailer boasted a much darker tone, accented by the creepy voice-over from James Spader and an eerie rendition of Pinocchio’s “I’ve got no strings.”  If that wasn’t enough to draw you in, Ultron capped off the great trailer by exclaiming “there are no strings on me.”  After this trailer debuted, everyone basically lost their minds.

Whether you like the film or not, you got to praise the marketing team at Fox for cutting an amazing trailer.  The trailer channeled the trailer from the original Alien, ramping up the pace to finish line with that iconic screech in the background as the images flickered to black.  This time, however, there were amazing visuals to behold, signaling a possible gamechanger for the franchise on top of already being one the best movie trailers ever.

But did those high expectations pay off?  Ehh…not exactly.

Everyone went nuts upon hearing the news that a Star Wars prequel trilogy was in the works with the story of Anakin Skywalker at its center.  In fact, once the trailer dropped, people ran to theaters to see random movies just so that they could get a glimpse of The Phantom Menace.  The trailer includes all the things that people enjoy about the film from its world building, to lightsabers, to that glorious John Williams score.  This trailer was a cultural touchstone, making it completely deserving of a spot among the best movie trailers.

However, it didn’t quite pan out as we would have hoped.

Instead, we soon realized what we were in for once the movie actually started:

A lot of people were unaware of the Mad Max franchise when Fury Road came around.  However, after its main trailer dropped, people quickly educated themselves.

After the first few pieces of marketing material for Interstellar were released, many were still a bit confused by what the movie would actually discuss.  Then, the third trailer rolled around, making the film move to the top of everyone’s must-see list.  Although some people weren’t a fan of the film’s hokey dialogue, it worked perfectly within the context of the trailer, providing stakes and pathos for audience members to get wrapped up in its spectacle.

Plus, it ain’t half bad listening to McConaughey smooth talk his way through a voice-over.

After X-Men: First Class injected some much needed life back in the franchise, people were ecstatic to see the old X-Men cast intermingle with the new cast.  Then, the first trailer for the movie dropped, shooting everyone’s expectations through the roof.

The trailer has a very somber feel, accenting the dire stakes of the movie with a score that will give you chills.  There’s emotion, spectacle, and superheroes.  What’s not to love?

Let’s face it, you were sold on this film by the first chord on Johnny Cash’s guitar.

Set to Hurt, the first trailer for Logan was very different than many people were expecting.  Not only was it vastly different than the previous Wolverine films, but it primed us for what was going to be an incredibly bittersweet finish to Hugh Jackman‘s run as the character.  Once Fox announced that the film was going to be R-rated, no one really knew what to expect.  Luckily, #4 on the best movie trailers list set us up for one of the best superhero movies of recent memory.

Despite your feelings on the movie itself, you’d be lying if you said that you didn’t lose it once you saw the first trailer for BvS.  This trailer single-handedly won Comic-Con for Warner Bros. and DC a few years back, displaying the two most popular superheroes on screen for the first time together.

If there’s one word to describe this trailer, it would be “epic.”  From the pounding score to the lofty dialogue, Zack Snyder certainly lends his movies to great trailers.

If nothing else, the movie looked to have the greatest superhero fight ever.  Once Batman stomped Superman through a building, many checked to see if they could buy their tickets already.

However, the film itself gave us scenes like this one:

image via B+ Movie Blog

When the trailer for your film makes grown men weep, I’d say you did your job making one of the best movie trailers ever.

The marketing for The Force Awakens played off of the general public’s thirst for more Star Wars, creating nostalgia-fueled imagery that left you feeling warm and fuzzy inside.  It gave us all the classic Star Wars imagery that we love with a modern twist, giving us all a sense of happiness and excitement for new possibilities.

The film itself is one of the most highly debated and divisive superhero movies out there.  But, Man of Steel‘s main trailer was pretty unbelievable.

Fueled by Hans Zimmer’s amazing score, Zack Snyder’s lofty dialogue worked perfectly in the trailer, forcing Superman to question his place in the universe while a sense of hope and wonder echoes through each frame.

This trailer is the definition of epic, putting its central character on a pedestal that is pretty awe-inspiring.  You feel as if you’re watching a god, and you immediately bought your ticket for the film after seeing what this trailer had to offer.

Thanks for reading!  What fo you think are the best movie trailers ever?  Comment down below!

'Psycho Goreman' Is a Hilarious Cinematic Treasure That Is Destined to Become a Cult Classic | MovieBabble January 26, 2021 - 6:30 pm

[…] in 2020, I saw a trailer for a movie in which two kids had control of a galactic monster. It looked deliciously bonkers. […]

Wow, I had forgotten how powerful that Man of Steel trailer was (probably since the film itself wasn’t quite so effective). Trailers really can be fun, although the burn of loving a trailer and being disappointed in the final product really hurts sometimes.

Err. . . what happened to anything before the late 1990s such as: The Shining (1980) and The Exorcist (1973) and Alien (1979)? All far superior film trailers to those recent choices above? I could understand if you said they were the best blockbuster trailers of all time but did not see that caveat. I guess “movie” kind of covers it but perhaps it should be the best trailers you like more than best trailers ever ;-)

Nope! In my estimation those don’t have a ton of replay value or feel anymore. In fact, I was so sure that Alien was going to make my list that I watch that trailer first before anything else. Sadly, I was a little disappointed

Fair enough. I guess they have no clickbait traction either. Each to their own I guess.

Yup! I definitely see where you’re coming from, however! At the end of the day, this is a personal list so I have some emotional attachment to each piece of it.

Of course, it’s all about different opinions. I was just pulling your chain at the hyperbolic nature of “Best Movie Trailers EVER!” – that does not include anything before 1999; so just a bit of friendly banter. I read your very well written reviews and note your site goes for a younger, more commercial film based demographic thus your personal choices are valid. From a cinephiles’ perspective to limit the choices to recent blockbusters and include none of the more classic trailers of yesteryear. But I understand they don’t appeal to the masses as much as DC and Marvel do. As I say each to their own.

I mostly agree with your list but I feel there are two more that you could’ve included :
The Dark Knight Rises – Trailer 3
Blade Runner 2049 – Announcement Teaser
Both these were really epic too!

I actually had The Dark Knight Rises on the list until the last second and then I switched it for the Avengers. That was a tough omission.

One of my favorite trailers of all time is the Guardians of the Galaxy Vol. 2 teaser trailer. It set up the dynamic between the characters and what tone to expect from the film without even talking about the plot at all. I watched it over and over for weeks! Or a more recent one is the latest Black Panther trailer. I can’t get enough of that one either.

That Black Panther one is AMAZING. I that might have to be on part 2 someday!

Cool list! I don’t think I’ve ever fallen in love with a trailer before though.

Lol, I think for me if the story/plot sounds interesting enough and there’s no major reason turning me off from seeing the movie (like if the movie is a heavy R-rated or something), I’d generally see it.

I can’t remember ever not wanting to see a movie and then seeing the trailer and then that changed my mind. I’ve had times were I’ve not wanted to see a movie, but then the public’s love or hate for a movie would make me wanna see it, which is what happened with Wonder Woman. But never did a trailer convince me to seeing a movie I previously didn’t want to see.

I’ve had the opposite before though: a trailer turning me off from seeing a movie that I previously wanted to see.

Since I’ve started to watch more films I’ve definitely gotten a better eye for what trailers lead to better movies. Buuuuut, since I’m a critic I’m seeing it anyway so I guess it doesn’t matter lol

Haha….okay I won’t lie, I did tear up when I saw that moment with Han and Chewie ???