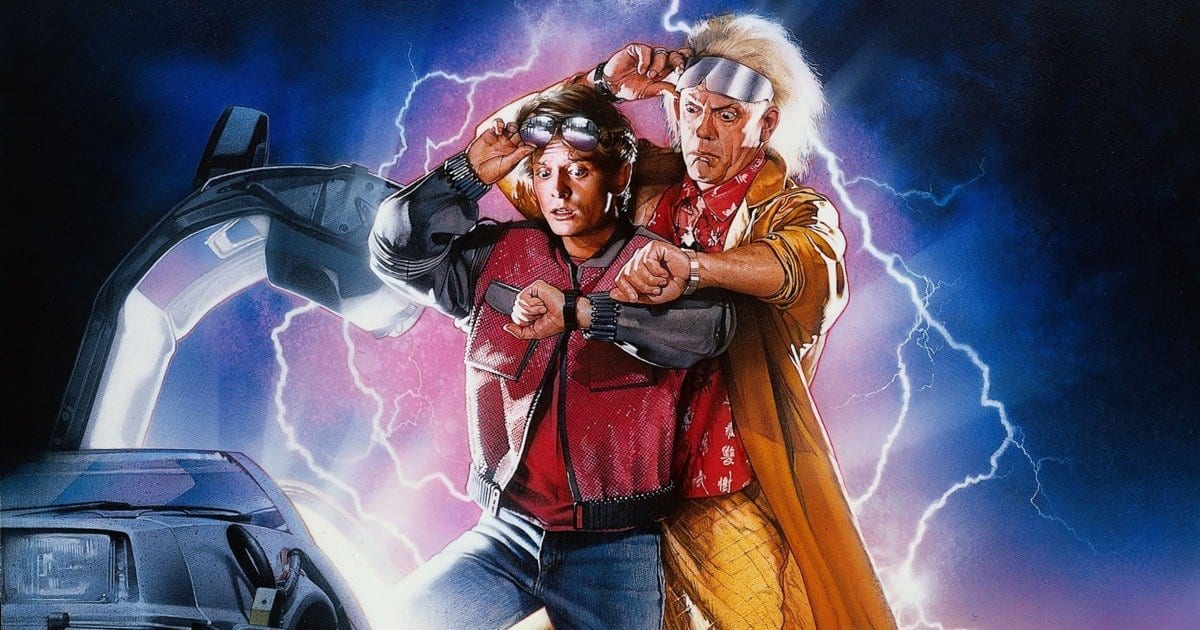 Most of the higher seeds won in round one with two exceptions. The number 10-seed, Indiana Jones and the Last Crusade won over the number 7-seed, Amadeus. Also, the number 11-seed, Die Hard, beat the number 6-seed, Return of the Jedi. 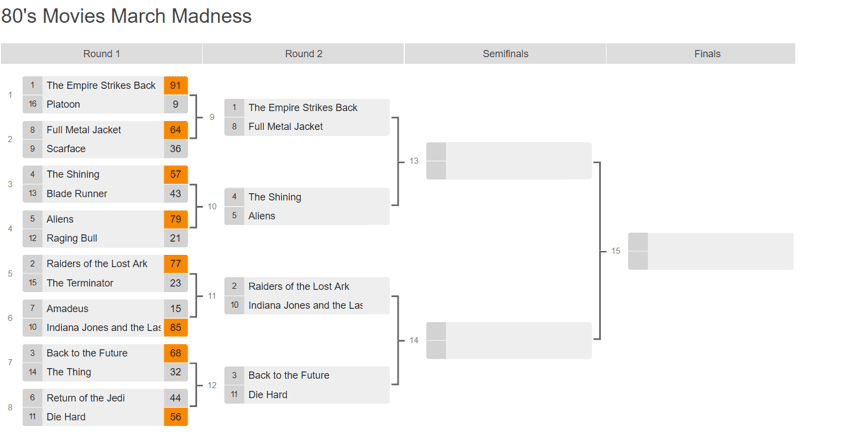 Probably as you have pictured (I like bttf3 best) but I’d also like to throw in The Last Crusade…by far the best Indiana film. Batteries not included was the cutest and Scrooged for a christmas movie, but I expect both of those will be outranked by Ghostbusters (although I can take or leave it, was huge at the time).

With Back to the Future being my favorite movie of all time, I’m rooting it to win. I see it winning in the Elite 8 but losing in the Final Four.

Back to the Future is in my top 5 movies of all time! It wouldn’t be shocking if it won

Great! Thanks for voting!

I feel like The Empire Strikes Back might win. I think it will be between that and Back to the Future. Choosing between those two Indiana Jones films was pretty difficult. Sean Connery swayed my decision!

Empire is definitely the favorite to win! I’m also curious to see which Indiana Jones movie will win, a lot of people like Last Crusade more than Raiders.

The breakfast club is the best 80’s movie ?

John Hughes had a huge impact on the 80’s!

The Best Scenes in Each Film in the...