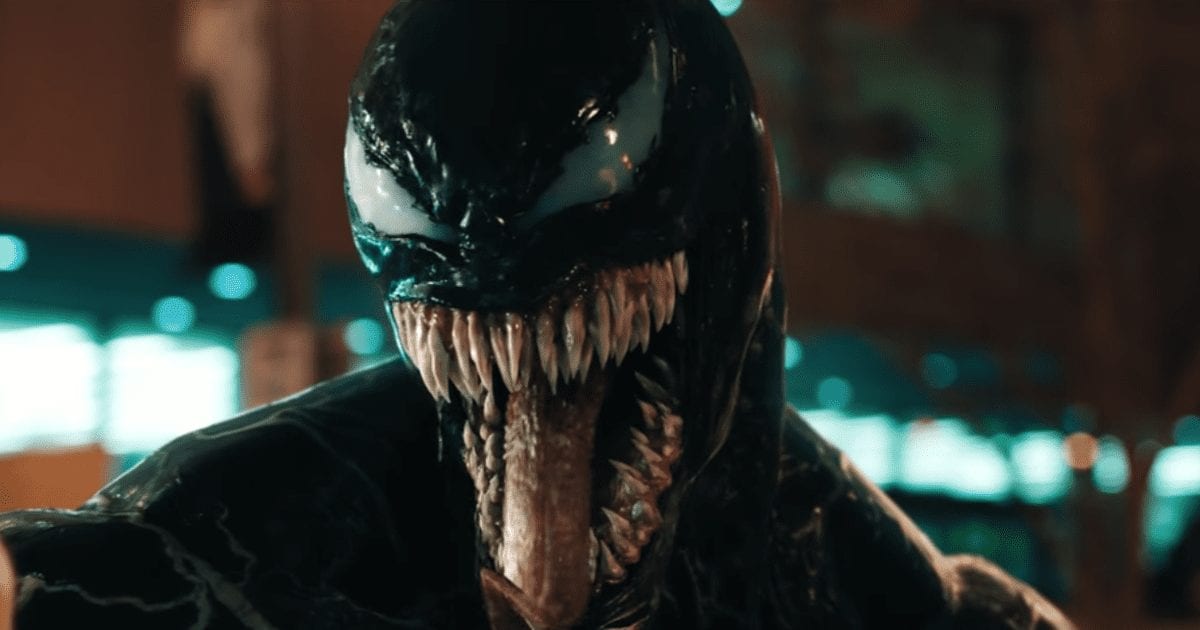 Since the success of the Marvel Cinematic Universe, Sony decided to collaborate with Disney and implement Spider-Man to join the sandbox. This hasn’t stopped Sony from still trying to do their own thing. In fact, their upcoming movie Venom has caused more confusion than answers within the fan community as to whether it takes place within the MCU. If only this was the least of the film’s worries. I bring you 5 major reasons as to why Venom is but a guaranteed box-office bomb.

#1: No Support from Marvel

I bring you a shot from the newest trailer. At first glance, it may seem as not all that important when in reality, it screams volumes. This is the first time I have ever seen “In Association with Marvel” used in a Marvel trailer at all. The minute it popped up I knew this was a red flag. The first teaser trailer, just like every other Marvel movie, contains the regular Marvel logo. This looks like a major rejection at Marvel’s part as they may have potentially seen the film and this was their reaction. What else would have been the reason?

Marvel’s brand has reached a new magnitude. People are willing to see any film as long as it has a Marvel logo attached to it. The final trailer for Deadpool 2 also came out in the same month, but still had the regular branding attached to it making it unlikely it’s a sudden change meant to mark non-MCU movies. Even Spider-Man: Into the Spider-Verse has a normal one. Another explanation could be that Disney wants to separate itself hoping to answer the question for themselves — Venom is not part of the MCU.

The project bears no Kevin Feige producer credit unlike with Spider-Man: Homecoming. You’ll also notice Marvel Entertainment always posts trailers for movies that do take place in the MCU on their YouTube channel while the ones that don’t get published on the official channels of the respective studios (animated projects being the exception). The Venom trailer came out on Sony’s as any non-MCU installment would have. Whatever the reason, it doesn’t sound a confident sign of approval. We can also conclude the movie isn’t canon with the MCU despite previous ramblings.

This brings us to the next point. Never have I ever seen so much contradiction in one interview. One minute you have Jon Watts saying Venom won’t be in the MCU, the other Amy Pascal states he will. The worst part is Kevin Feige sits quietly throughout all of this which can only mean one thing. And this is just one interview. The multiple reports all coming from Amy Pascal negate the previous as if her answer is dependant on the weather.

There is no understanding of where the film takes place. No concrete plans or direction. The trailers offer no connection to the MCU whatsoever. So unless they have something compelling to tell, these movies are pointless. People find a hard time caring about something that doesn’t reward them as a fan of these movies. I mean a movie also has to turn out good, but that might go out the window as well.

Has anyone been asking for this movie? The film looks pretty generic from the things we’ve seen so far. The storyline is based on two terrible comics from the 90s, Venom: Lethal Protector and Planet of the Symbiotes. The villain is yet another mastermind trying to find “the next step in human evolution” à la Amazing Spider-Man or Teenage Mutant Ninja Turtles (2014). Then there’s our typical love interest that will inevitably get a symbiote of hers to up the ante.  It’s an alteration to a story we’ve already seen before and done much more effectively.

image via Age of the Nerd

This has no purpose nor needs to exist. We live in a time when audiences want a bit more from their superhero movies. Simply being an anti-hero isn’t enough. We’ve had examples like The Punisher, Catwoman, and Deadpool. Each in their own way proved there needs to be more to it than just being an edgier version of a hero.

Do the filmmakers have the urge to tell either something surprisingly deep or fun enough to entertain? Most likely not. Everything we’ve seen proves it’s just a placeholder for Sony to have something out this year. That’s the case with all the Spider-Man spin-offs. Who wants to see Silver and Black? These are movies a lot of the fans don’t even wish to see or simply don’t care for.

#4: Lack of Venom and Proper Understanding of the Character’s Needs

Many fans on social media went out of their way to censure the appearance of the anti-hero. Can you blame them? Some of the fan-made edits online look more appealing and accurate than the original. Surely, looks aren’t everything, so what about the character himself? Well, there is not much to go by; that’s worrying. We’ve had two trailers and the most we got out of them was one peek that, to begin with, didn’t even look that great.

Chances are Sony spoiled their big reveal of the character which looks to happen near the end of the film. Ideally, this makes it sound like a good thing, a chance to focus more on Eddie and his character arc, but again, we don’t see those scenes in trailers. Instead, it’s either exposition or action.  A lot of it. 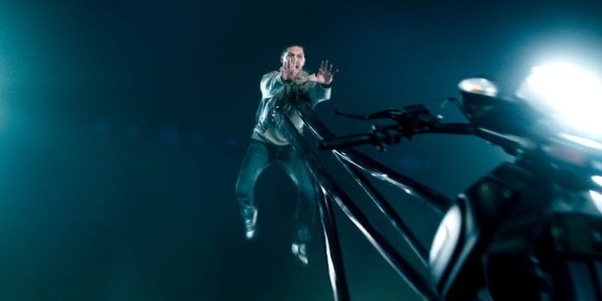 We’ve easily established there is not one theme this film will try to explore in a meaningful fashion. One last thing we can hope for is the turn-off-your-brain entertainment, but how can we get that if we’re not getting what we want: Venom.

If a good majority of the action consists of Eddie Brock using his awkward stretchy goo then we might be in for a major disappointment. It’s going to get tiring really quick. There is only so much you can take when it’s something as basic and meaningless as this. Let’s not forget the character originates from the ’90s — an outdated era. A character carrying his own solo needs to more substance than that. There is nothing interesting about a giant villain walking around and punching other giant villains of different color palettes.

#5: Lack of an Impressive Talent This is probably the biggest point as to why we shouldn’t expect this movie to do well. Ruben Fleischer is the film’s director. His last directing credit was Gangster Squad in 2013 with a 32% critic score on RT and a 57% audience score. As one out of the three producers, a major contributor to Andrew Garfield’s Spider-Man, we have Avi Arad whose latest track record includes Amazing Spider-Man 2 (2014), Ghost in the Shell (2017) and Robosapien: Rebooted (2013).

Then we have the writer team which includes Kelly Marcel who wrote Saving Mister Banks (2013) and screenwrote Fifty Shades of Grey (2015). Jeff Pinkner wrote the Amazing Spider-Man 2 (2014) and worked on the screenplay for The 5th Wave (2016), The Dark Tower (2017) and Jumanji: Into the Jungle (2017) which is probably the one movie on here that leaves any hope.  There are two more screenwriters, but their portfolios aren’t as impressive.

The only thing saving this movie is its release date that doesn’t seem plagued with any blockbuster releases. The film’s status definitely is not uplifting. The lack of an exciting original direction with not-so-stellar filmmakers backing it up sure isn’t fueling anyone’s optimism. Now go search “Sad Kevin Feige” on YouTube to make yourself feel better.

Thanks for reading! What are your thoughts on Venom? Comment down below!

You can’t Venom without Spider-Man and you can’t have Spider-Man without Secret War and The Beyonder. I feel really bad for Tom Hardy because his agent and manager should have said “Hell No!!” to this and maybe held out for Captain Britain….

Love Tom Hardy, but these Sony marvel rights grabs are a waste of money, the amazing Spiderman movies sucked, and how are we supposed to have Venom without Spidey? This is Sony just beating Disney to the punch by showing off the character before Disney uses it. Fuck Sony

Well said. I agree with most of the points. Eager to see the film though, keen to see how Tom Hardy fairs in this one. Hope the film is somewhat bearable because after reading this article, I have lost all excitement.

I’m still really hyped for this movie considering Venom is one of my favorites. Still going to see it in theaters anyways!

Understand and mostly agree with you mate but one thing that might definitely make this movie a success is the lead role of Tom Hardy. One of the best actors around.

My expectations aren’t really high but don’t be such a Negative Nancy.

I fear you might be right! I can’t summon any excitement for this movie, and I’ll most definitely wait for a home release.

I think this one will be a lot better than the Venom in Spider-Man 3! Tom Hardy’s played a villain before (Bane in The Dark Knight Rises). The man is brilliant!

A Wrinkle in Time: Is it Possible to...

Man, I Miss Sports: ‘Bleed for This’