Every Spider-Man Movie Ranked from Worst to Best 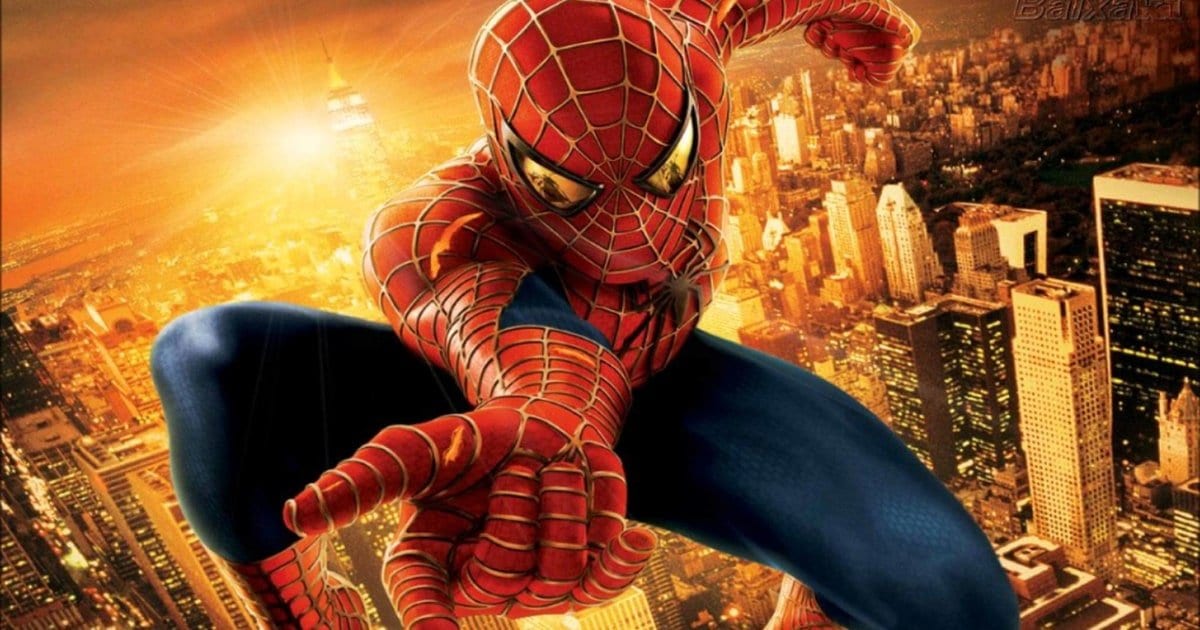 After Spider-Man: Homecoming, Tom Holland became the third man to act as the web-slinger in his own movie in fifteen years.  Let us all take a moment to realize how old we are.  But where does each film rank in comparison to each other?  Let’s take a look:

Well, at least we can all thank this film’s failure for the eventual ability of Marvel to have creative control of Spider-Man once again.

This film is the predominant reason why many moviegoers despise Sony Pictures, as it once again attempted to create a cinematic universe instead of making a good film.  The Amazing Spider-Man 2‘s tone is all over the place, predominantly because it has multiple cutaways to a Sinister Six tie-in.

Andrew Garfield and Emma Stone once again have great chemistry in the lead roles, but a good portion of this sweetness is undercut by Peter Parker’s stalker tendencies.

Also, it’s low-hanging fruit but it has to be mentioned.  Jamie Foxx‘s Electro is not only just a terrible villain, but possibly one of the worst ever conceived.  His idea of a nerd is something out of a stereotypical 90’s comedy.  Plus, he keeps wanting to blow out his birthday candles… Yes, emo Peter Parker is incredibly dreadful.  Everyone’s aware of this atrocity to man, so let’s move past it!

The film suffers from a lot of the same issues that The Amazing Spider-Man 2 did, trying to cram way too many story elements into the film causing none of them to feel satisfying in the end.

While this film can’t quite get the MovieBabble seal of approval, that’s not to say that it’s all bad.

The action to the film remains top-notch, adding some of its own little quirks to the mix that help it to distinguish itself from the rest of the original Spider-Man trilogy.  Sam Raimi adds a ton of visual flair to the film in this respect.  If you know his filmography, you know that he’s never afraid to allow a movie to get really strange.  In a time full of cookie-cutter films, that aspect of Spider-Man 3 can provide for some appreciation.

The best description of The Amazing Spider-Man would be “fine.”

Although he’s not believable as a high-school-aged Peter Parker, Andrew Garfield played wonderfully as Peter’s superhero alter ego, displaying his ability to quip with the best of them.  While his acting choice to stutter consistently bothered fans, he had a certain charisma about him that was missed from Tobey Maguire.

However, everything surrounding him can’t help but feel generic.  The film took everything we enjoyed from the first Spider-Man series and basically repackaged it for a new audience.  There’s nothing fresh or innovative to this story, leaving many viewers wondering what the point of the film was in the first place.

That being said, good performances and chemistry between the actors propel The Amazing Spider-Man to a marginally enjoyable ride.

We have this film to thank for resurrecting the superhero genre.  People fail to realize that superheroes films weren’t as popular over a decade ago.

Although the X-Men franchise started a few years prior, many people didn’t jump onboard with the hero movement until Sam Raimi’s Spider-Man came along.

Some fans claimed that the film wasn’t a good representation of the character they loved from the comics.  However, many people who had never picked up a comic book before fell in love with the character, causing a flury of new superheroes to get a chance on the big screen.

The film can’t help but feel somewhat dated, unfortunately.  The further we get away from 2002, the more this film feels like a quaint little film.

But that’s not to say that there isn’t some great entertainment here.  In a related note…BONESAW IS READY!

Heralded by many as one of the best superhero movies ever made, Spider-Man 2 is the rare sequel that manages to improve upon the original.

Alfred Molina as Doctor Octopus is by far the best part of the film.  Doc Ock is still one of the best villains ever in a comic book movie.  Not only is he still visually striking and haunting, but you completely understand his motive and purpose almost to the point of rooting for him.

Although he still leaves a little to be desired, Tobey Maguire matures nicely into the role his second time around, allowing for the relationship between his character and Mary Jane to blossom and become more complex in its faults.

While not always discussed, Spider-Man 2 was revolutionary for CGI, winning an Academy Award for best visual effects.  Spider-Man 2 helped us realize that more was possible in movies, allowing our imaginations to run wild. Although it may be a little premature, the latest version of our favorite webslinger may be the best yet.

Tom Holland performs as the best Spider-Man to date, playing up the character’s youth and inexperience.  It’s truly refreshing to see a superhero movie where he is not in complete control of the situation.  This version of Spider-Man is learning along with the audience.  He’s sweet, charismatic, and above all else, fun.  While Tobey Maguire and Andrew Garfield excelled at one portion of the Spider-Man/Peter Parker duel role, Tom has the youth and exuberance to pull off both phases.

Unlike other MCU films, we actually understand and relate with the villain, played by Michael Keaton.  His character, the Vulture, actually has a backstory that makes sense!  Imagine that!

Not to mention that Homecoming is by far the most hilarious of the Spidey films.  It appears that just about everything worked in this film.  Even Marvel and Sony played well with each other! Thanks for reading!  What are some of your favorite Spider-Man movies?  Comment down below with your thoughts!

If you enjoyed this article, subscribe to MovieBabble via email to stay up to date on new content.

Greatly enjoyed your article on ranking from the worst to the best of ‘Spider-Man’ movies.

I would agree with your ranking, although my preferences differ slightly and go like this.

I decided to include ‘Captain America: Civil War’ in the list since Spider-Man is in the film.

Thanks again for your article. Greatly enjoyed your thoughts on this!

Thanks for your thoughts! Totally see your thoughts there, many people love those movies (for good reasons too!)

Loved Homecoming too and my only gripe against it is Zendaya’s character. I feel like the movie could actually exist without her. But oh well, I guess she’s there to prepare us for the sequel.

Kevin Feige came out and said she’s not Mary Jane so who knows!

I like your writing! “Homecoming” was great, also made me want to watch all Spider-Man movies again in 3 days ? And you’re right, the new movie is everything one blockbuster should be!

Thanks so much! Every blockbuster shouldn’t have to be upsetting to our intelligence lol

Haven’t seen Homecoming yet, but I agree that of the rest of them, Spider-man 2 is the best. not flawless, but better overall than the rest.

I could see that! They’re basically the same movie so if you like how one did it over the other than that’s understandable!

Glad to know I have your approval!

Those two are pretty interchangably bad for a lot of people. What made you especially hate Spider-Man 3?

Everything but especially the dancing.

Lol I hear you on that one!

“Now dig on this”

Most of it was. I can’t remember ever being more angry while watching a movie.

I’m just always dumfounded as to why those elements were allowed to happen. Shouldn’t there be someone seeing the daily footage to tell Raimi that it looked terrible?

I think sometimes it’s more about the studio wanting to make more money. We all know that a movie doesn’t have to be good to make money but people still pay to see them (i.e. Transformers).

So true! Raimi has talked about how he had a script for a fourth one that Sony wouldn’t do because it didn’t build a big enough world (among other reasons)

I’m kind of glad that it ended at 3 though.

I understand that sentiment completely. I think I still would’ve liked to see it just because I have a soft spot for Sam Raimi.

Absolutely. I’m pretty sure his last film was Oz the Great and Powerful which came out in like 2013!

Yeah, I was also going to say that I liked him on Xena but then I remembered that it was his brother on that one lol

Lol he certainly has his hits and misses, but his movies are never dull. There’s always something to talk about!

Spider-Man 3 wasn’t obviously a masterpiece, but it had a brilliantly portrayed The Sandman by Thomas Haden Church. The final scene when Peter forgives him and he just leaves was amazing.

That is definitely a great scene! There are some good things within that film, it’s just a shame that the entire film couldn’t come together as nicely as its predecessors.

For sure. Do you know some other scenes in superhero movies when they just stop fighting and leave?

Hmmm…I can’t really off the top of my head. Maybe the closest thing would be in Watchmen when the Watchmen stop fighting Ozymandias in the final act. That definitely has a more dark edge to it though.

Damn, I totally forgot about it. Watchmen had a similar overall feeling indeed.

Constantine had a curious ending too.

I agree that the Amazing Spider-Man saga was terrible, and I am grateful for that, cause now we have Tom Holland as the web-slinger. I couldn’t agree more with your choices :)

Thanks so much! Sometimes you have to get through some tough times to get to something truly worthwhile!

Interesting that you think the latest Spiderman Movie is the best. I wouldn’t mind you doing “Dirty Dancing” or “Grease”. “Sound of music” would be another movie to rate.

I’m pretty sure those films are on the IMDb Top 250 so I’ll review them at some point as I work towards my goal to watch every movie on that list. If not, I’ll see what I can do regardless!

I was NOT going to go watch the new Spiderman movie until I read this blog post and short review. Guess I am now headed to the theater. :D

Yes! So glad I could help you out!!

Anna Bamberger on ‘Just Within Reach’ and Her...