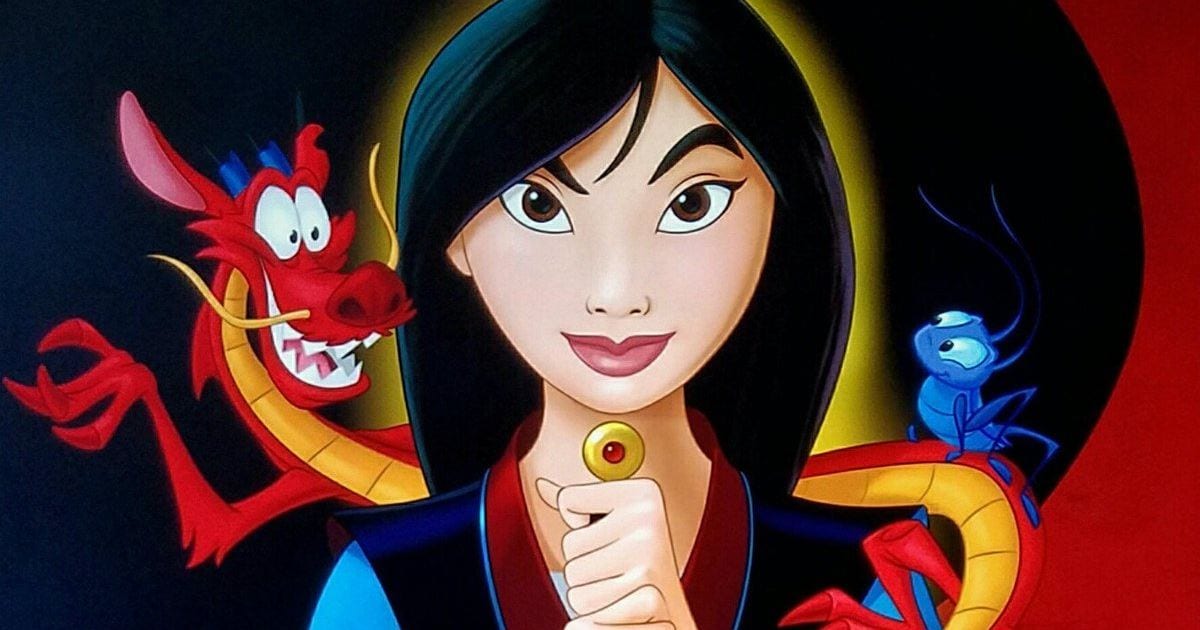 Disney’s  36th animated feature film turned twenty-years-old this month. That’s right! On June 19, 1998, Mulan was released to throngs of Disney-obsessed Millennials, pre-iPhone era. That means painfully long box office lines of 10-year-old birthday party attendees, T-shirts with matching Mulan scrunchies, car stereos blasting “I’ll Make a Man Out of You,” on the way to Disney Land, etc. For those of you interested in traditional anniversary gifting protocol, Mulan is celebrating its China anniversary.

Disney’s rendition of the Chinese Ballad of Mulan stars Ming-Na Wen as the titular character, Eddie Murphy as Mushu, and B. D. Wong (Law and Order: Special Victims Unit, Jurassic World) as Capitan Li Shang. There is also a slew of brilliant character actors and actresses who made this film a real gem.

I was eight years old when Disney released Mulan, and since then, I’ve probably seen the movie over 20 times. It remains one of my favorites even today; I watch it on rainy Sunday afternoons and when I need a boost during a long stressful week. With themes like conflicted self-identity, familial responsibility, duty, and honor, the story has a lot to offer both children and adults. Mulan is next up on the docket for a live-action Disney remake. People have differing opinions about the necessity of live-action Disney films. I personally am still hung up on the FIRST live-action remake of the Jungle Book, which I dubbed “The Real People Jungle Book” back in the day. I didn’t have time for it then, and I don’t have time for it now. Obviously, I’m having a hard time jumping on board the remake train. The animated films were an irreplaceable part of my childhood, and I am of the mindset that if it isn’t broken, why fix it? But regardless of my personal feelings on the matter, it’s truly wonderful the ancient Chinese legend is receiving this level of attention in the 21st century.

It’s an odd feeling to write about this particular film twenty years after its release. Female empowerment is the backbone of this Disney classic which makes it particularly relevant in today’s progressive society. This is a movie that iterates the virtues of being different, but not before it sets the stage for just how much Mulan doesn’t belong in her community. Song after song including “Honor to Us All,” and “I’ll Make a Man Out of You,” hammer home the antiquated Chinese societal obsession with masculinity and its disdain for unconventional femininity. In “Honor” one particularly cringe-worthy line outlines very simply a woman’s duty to her family: ” A girl can bring her family great honor in one way: by striking a good match…” And Mulan doesn’t fit the bill.

In the first fifteen minutes of the film, Mulan disgraces her family and her ancestors by pissing off the village matchmaker. She seeks solitude following that epic catastrophe, and promptly lulls the audience into a somber mood with the sad song “Reflection.” Not only is the song beautiful, it effortlessly translates the loneliness of Mulan’s character in a way that is moving to all age groups.

In my opinion, Mulan has the most to offer of any Disney movie by the way of lessons about the beauty in being different. Mulan defies tradition from the moment her story begins, but she still harbors a deep desire to bring her family honor. Of all the Disney princesses, she takes the riskiest approach to find her true self. There is a moment where she has a clear window to escape her increasingly difficult endeavor, and she responds by doing something none of the other soldiers in her barracks could do; she conquers the climbing pole using strength and honor and retrieves the arrow. From then on, she kicks ass!

Mulan risks her life at every turn in order to save her disabled father from certain death on the battlefield. The movie spells out plainly that the penalty for her action is death, which is a very mature concept for children. Fortunately, Mulan tackles the mature subject matter with ease and comedic relief. The film gets the point across without getting too deep into territory that could be confusing to children who are too young.

In the great collection of Disney movies, I believe Mulan deserves a spot in the top five. They snuck it in towards the end of the Disney Renaissance, which was perfect timing for kids my age. Mulan will remain timeless for many generations to come, and it will always remain relevant to me. I’m a little salty that I never got my hands on one of those awesome plastic Mulan hair combs. It would probably be a tad outdated in 2018. But unlike my coveted Mulan hair comb, the lessons embedded in this classic tale will never go out of style. 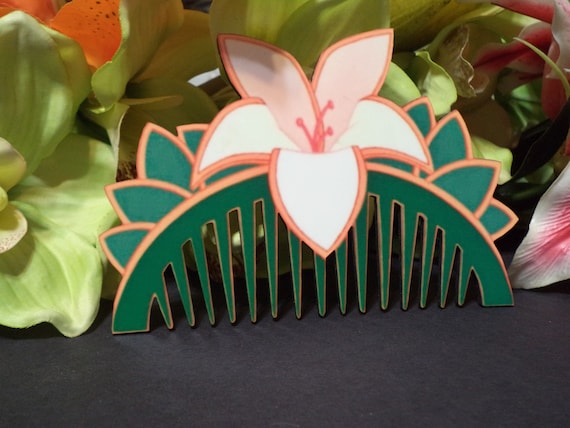 Thanks for reading! What are your thoughts on Mulan? Comment down below!

Listening to Disney songs at work, and me and my coworkers enjoy when the Mulan songs come on! I also used “Be A Man” for a parody about another story trying to build an army – lots of fun.

This is so weird. I just watched this last night. I have to say Mulan is still one of my favorites.

As you know, I’m not a fan of this whole “Disney live-action remake” business; I feel there’s a sneaky, hidden intention behind it in the sense that animation is inferior to live-action.

Regarding Mulan, I’ve been in the minority that it’s never been a movie I liked…nor has it been one I disliked. I’ve always been neutral to the film. I’m not really into “badass” “fighting females” so that could be a reason why I’m not in love with this film. But yeah, I don’t dislike it either.

I just can’t wait for the live-action. Please make it right, Disney.