After 10 Years, are We Ready for a ‘Step Brothers’ Sequel? 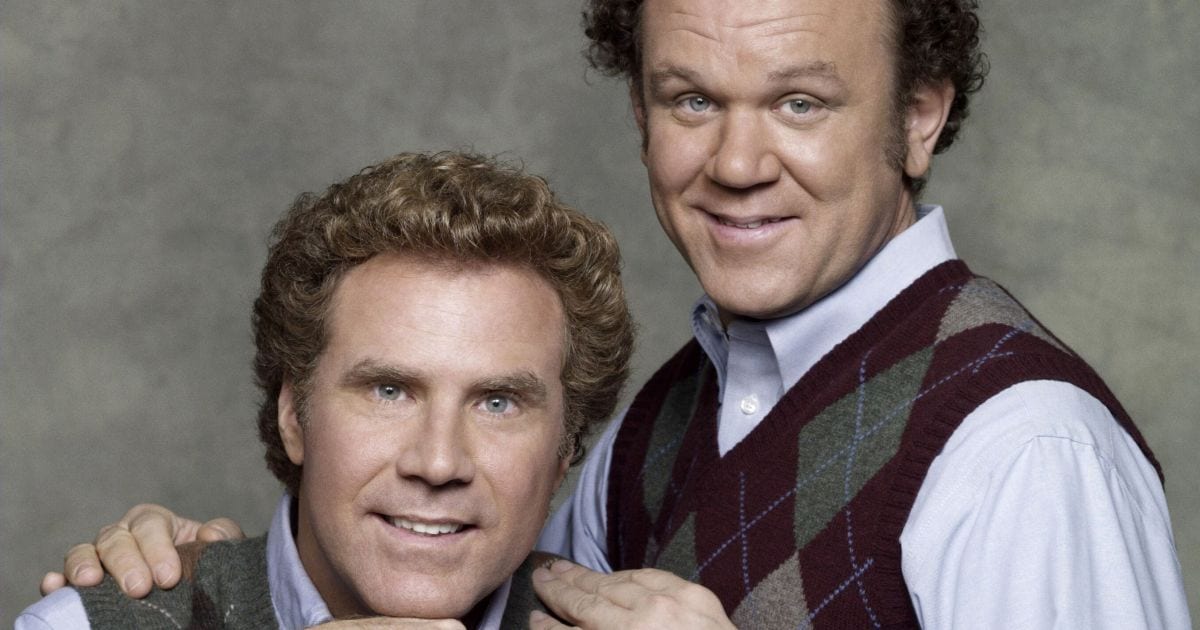 Adam McKay’s Step Brothers (2008), like a fine Catalina Wine Mixer, gets better with age.  Therefore, my way to celebrate its 10-year anniversary is to suggest my best ideas for the plot of a possible sequel.

I divided the original into six acts to help us draft a sequel.  The saga begins with the meeting, the marriage and moving in. Boy bonding soon follows.  Bullying busts loose before the brothers conceive of their business plan, Prestige Worldwide.  The climax occurs at the Catalina Wine Mixer following the announcement of the divorce and the brother’s forced separation.

Obviously, what makes Step Brothers so memorable is not the plot.  But we have to have some idea of one in order for a sequel.  For me there are so many memorable lines and scenes, since I love the movies of Rob Reiner, I could retire and sail around the world watching Step Brothers.  So the sequel will need a large infusion of wit from the likes of Ferrell, McKay and Reilly.  Where else am I going to hear lines like “Can I come over this afternoon and touch your face?” unless there’s a sequel?

In our beloved original Nancy Huff (Mary Steenburgen) meets Dr. Richard Doback (Richard Jenkins) at a conference and bond over “the need to put your face between those breasts.”  The fact that they have 39 and 40-year-old sons at home, seals the deal.  But not for Dale Doback (John C. Reilly) and Brennan Huff (Will Ferrell).  They hate each other. 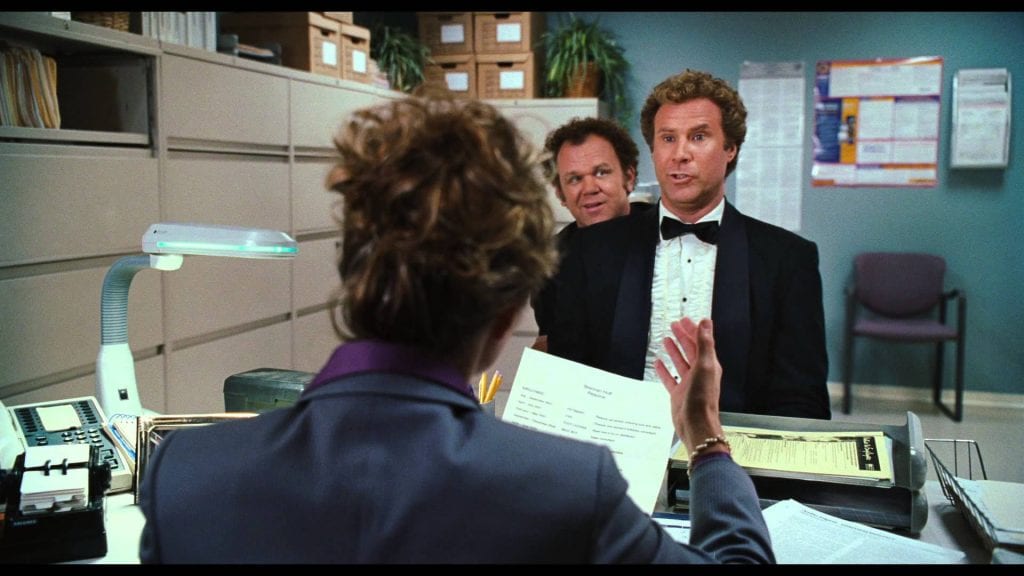 Derek and Dale’s father (Chevy Chase, Bill Murray, or maybe even John Lithgow) shows up at Derek’s house needing a place to stay.  Derek soon learns having a parent living with you is worse than living with an adult child.  He keeps them up at night with old rock songs.  Derek’s work demands make things even harder, running the successful Prestige Worldwide consulting and management firm for Dale and Brennan.  It causes a serious strain on his marriage to Alice.  Thankfully their kids are away travelling with his mother or it might be worse.  Derek tells himself he should have listened to Brennan when he said, “As soon as she’s of age, I’m putting her in a home.”  He soon finds himself hiding out in the bar at Outback, commiserating with Ron.

When you think back to the original you see that the boys were bound to bond, having so much in common.  They’re both unemployed adult age children whose parents correct their table manners.  Their passions include John Stamos, Good Housekeeping magazines and sword fighting.  Both kiss mom goodnight before bedtime and walk in their sleep.  And most importantly, they know that the velociraptor rules.  It was only a matter of time.  And that time comes at the tree-house when Dale punches Derek in the face.

Nancy and Richard are on the final leg of their trip sailing around the world.  They have their grand kids (Derek and Alice’s son and daughter) spend their summer break sailing aboard with them across the Pacific.  They slowly discover through the kids that things aren’t so swell between Derek and Alice.  While Nancy sits up in bed reading Fascism: A Warning, they remind everyone what they learned from their experiences with Dale and Brennan and hope they can help them before it’s too late.

One major original plot involves the bullying both brothers endure.  This results in inconveniently long walks among other things.  Of course it’s funny, but  it’s not also not.  Bullying is often an unavoidable reality.  Before you can deal with it constructively, perhaps it helps to disarm it, and remove the paralyzing power it can have emotionally.  Laughing at it can do that.  By letting the air out of bullies and bullying we look at them less fearfully and can then figure out how to stop their harm. 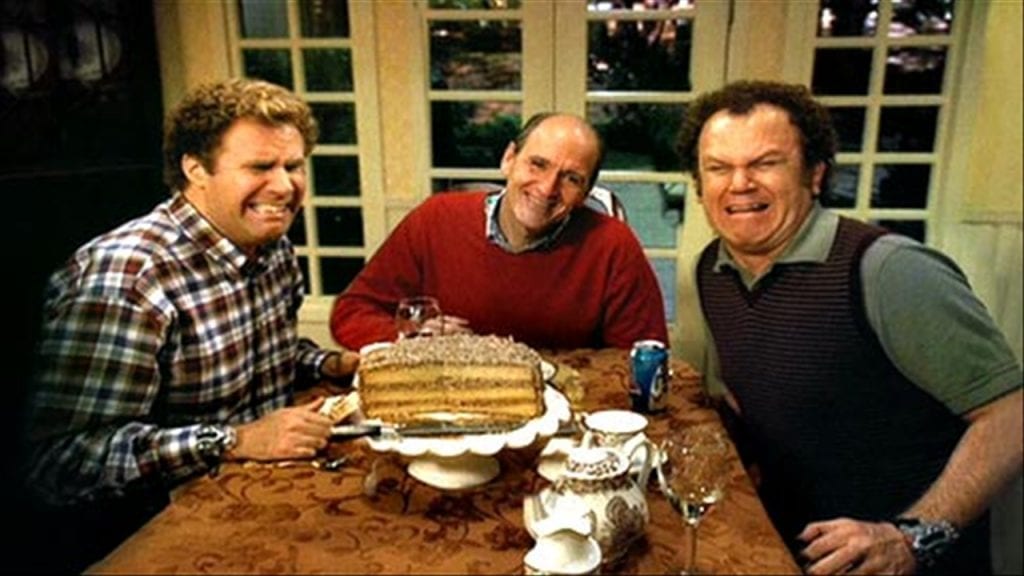 Meanwhile, Back at the Sequel…

Chris Gardocki, now grown and running a 12-step program for recovering bullies, is being bullied on social media.  He turns to alcohol and struggles to deal with it until he stumbles across a billboard showing Dale and Brennan, heads of Prestige Worldwide consulting and management, promising success with whatever your need is.  Meanwhile, Prestige has grown so successful, Brennan and Dale are back in a home they share, living like overgrown children, with no responsibilities while Derek works for them running the business.  Eventually Brennan becomes disillusioned and wonders if there is more to life than being a couch potato.

Alice calls Dale wanting to reminisce about the old days, and he’s reading a copy of Living Well when the phone rings. He tells her what he learned from his father, that certain behaviors will not be tolerated (flashback to spanking scene), and that applies to both Alice and Derek.  Alice tries to have Derek use that tactic with his father.  Meanwhile, Brennan sees on TV that a Prestige client and celebrity business owner turned politician gets in trouble and confesses to a sex addiction.  He has an epiphany and realizes this is a chance for them to break their doldrums and get off the couch. He decides to invite the troubled client to their annual Santa Barbara consulting retreat for cover.  He interrupts the phone call to tell Dale, “I think its time for a change for both of us.”

The emotional impact of the original had us experience Nancy and Richard break up, forcing the step brothers out on their own where they learn to live as responsible grownups.  This eventually leads to their climactic reunion at the Catalina Wine Mixer, resulting in the reunification of their blended family. 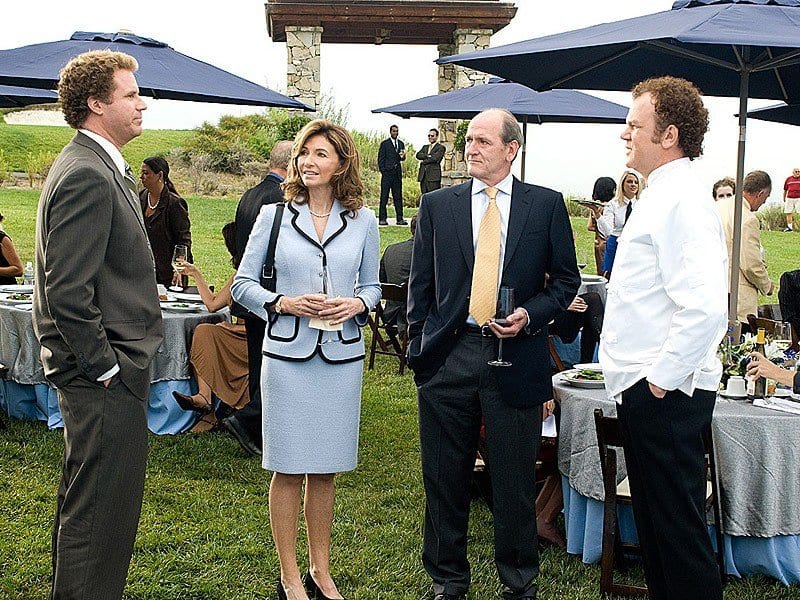 The brothers decide to help Gardocki by staging a sting operation at their annual Santa Barbara consulting retreat, hoping to lure the cyber bully out into the open.  It backfires when they discover the bully is Alice Huff, who is bullying to vent her loss of Dale and dysfunctional relationship with Derek, whom she found in an intimate embrace with Don.  Derek becomes distraught when Alice is exposed and loses control of the elaborately planned retreat for VIP clients.  Just when the business begins to fall apart and the retreat dissolves into a fiasco, Nancy and Richard sail into Santa Barbara on the final leg of their trip around the world. They remind the brothers that whatever the circumstances, a family working together can pull through.  The finale involves a karaoke turned song and dance ensemble a la Dirty Dancing (1987) or Footloose (1984). You pick.

Come on now, wouldn’t something like that work?  Or are you convinced the best sequel would be no sequel at all.  If not, what are your suggestions for a sequel?  Regardless, I’m sure we can get a sequel made.  It doesn’t have to have a plot, or a script, or even be any good, right?  I mean, didn’t a famous philosopher once say “isn’t it all about who you know?” 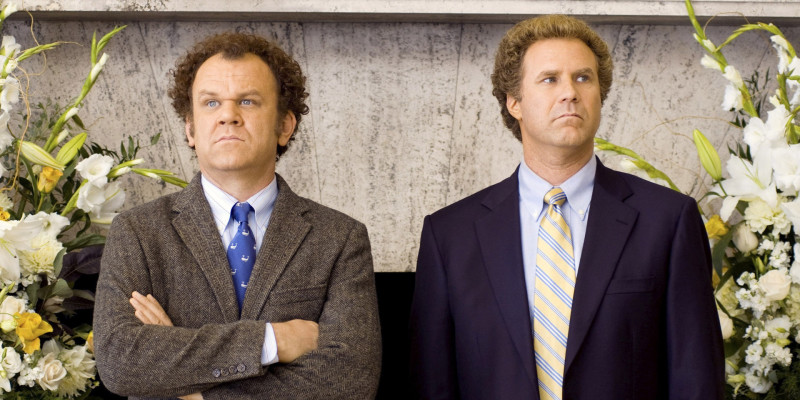 Thank you for reading! What are you thoughts on a Step Brothers sequel? Comment down below!

Why can’t we combine yours and mine together into one that’s better than both!?

Hmmmm – that’s better than mine…
http://sequelsthatshouldexist.com/2018/01/27/step-brothers-2-a-house-of-learned-doctors