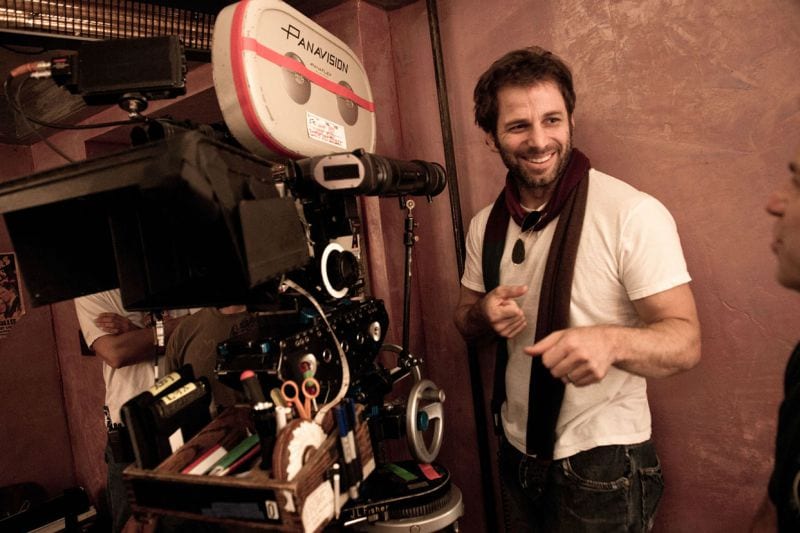 Few filmmakers are as divisive as Zack Snyder. His take on Batman and Superman caused a veritable war of words on internet message boards. His adaptation of Watchmen prompted its creator, Alan Moore, to literally curse it out. As a former commercial director, Snyder’s greatest strength is his ability to make images visually appealing. Even when his movies fail, no one can argue that they maintain at least some semblance of engagement because of this.

Zack Snyder Is a Master of Atmosphere

His adaptation of Frank Miller’s 300 is probably his most atmospherically brilliant. Snyder used CGI to replicate the hazy sands and blood-red horizons of the hot gates. Less noticeably, he did the same thing with Man of Steel, contrasting the warm peaceful earthen tones of Smallville with the sterile modernity of Metropolis. Say what you will about Batman v Superman, it perfectly captures the intended tone, Gotham’s crumbling and unstable infrastructure paralleling Bruce Wayne’s own dissipating morality.

Snyder’s direction is not for every film, though. Watchmen is not exactly the disaster that Alan Moore pegged it as. But, if one really examines the work and its underlying plot lines, it becomes clearer that Snyder wasn’t really right for it. He forces two wildly different tones to coexist that really shouldn’t despite his efforts to remain true to the original form with an abundance of static shots that mimic comic book panels. On one hand you have the somewhat depressing deconstruction of superherodom that involves rough subjects like rape and child abduction, and on the other you have an admittedly fun generically superheroic romp with cool fight scenes, and a classic soundtrack to boot.

A mere skirmish turns into a full on martial arts showdown, and the intended jaw-dropping shock that comes when Ozymandias catches in his hand the bullet he appeared to have been shot with only moments before, is rendered somewhat effete due to the fact that we’ve been seeing this sort of combat all movie long.

Sometimes His Writing Misses the Point

Zack Snyder is not content to simply be a renowned visual stylist; a fact that rears its head again and again within his filmography. He aims for heady, philosophically packed productions that aren’t always as complex as they should be.  He tried to create ideological conflict in Batman v Superman but despite how fantastic everything in that movie looked, there was really nothing beyond the surface level.

Batman and Lex Luthor are the same in their beliefs that a powerful godlike being should not have complete, omnipotent power. Superman believes the same thing: that Batman (essentially a godlike power as far as Gotham’s crime world is concerned) should not be able to do whatever he wants. These ideologies are supposed to clash. They don’t because they  are really carbon copies, which takes a major toll on the film’s plot. Nobody objects at a Snyder film that chooses style over substance; the hang-ups come when his movies turn into a struggle between the two.

Sometimes a Film Needs Him

This phenomenon is a double-edged sword however. 300: The Rise of an Empire suffers, arguably from a lack of Snyder’s direction. Besides being notably weak both in acting and premise, its action scenes — the franchise’s defining quantity — fall flat. They lack the kinetic energy that felt so effortless in the original. 300 leads viewers to experience an indescribable sense of awe at the chaos that is bottled up and concentrated. Snyder shows us King Leonidas midst a mighty dance of death, spinning through the dusty battlefield, mowing down Persian soldiers. Director Noam Monroe shows a bunch of wonton hacking and slashing aboard a  boat.

Looking To The Future

There has been much speculation about what kind of Justice League movie we will be getting in November. Due to a family tragedy, Snyder left the project months ago. Joss Whedon has replaced him. Whedon is a talented filmmaker, but his style is nowhere near as agreeable as Zack Snyder’s chimerical sense of vision. Many great movies have fallen because of a case of too many cooks in the kitchen — Batman v Superman and Suicide Squad come to mind.

According to multiple sources, this will not be the case.  The reshoots so far have been to flesh out the story, and not necessarily to modify Snyder’s original ideas. Wonder Woman actress Gal Gadot described in an interview with Empire Magazine, a film that was being modified, but not hijacked, clearly saying “This is Zack Snyder’s movie”. And what a relief that is.

Thanks for reading!  What are your thoughts on Zack Snyder’s Visual Style?  Comment down below!

If you enjoyed this article, subscribe to Moviebabble via email to stay up to date on the latest content.

[…] might as well start with the obvious thing in this film that people are gonna talk about, especially this year: its perspective on […]

[…] L’opéra-mouffe is an off-putting, engrossing, and overall strange beast of a film. We open with some text describing a neighborhood in Paris called La Mouffe. Then, a nude woman appears. She is on a bench, facing away from the camera, and behind a transparent curtain. The credits roll as an overture plays, then the curtains lift, and a cut reveals Varda’s very pregnant belly. A few more seconds later, a pumpkin appears, which is immediately stabbed, cut open, and emptied of its innards. Very subtle. […]