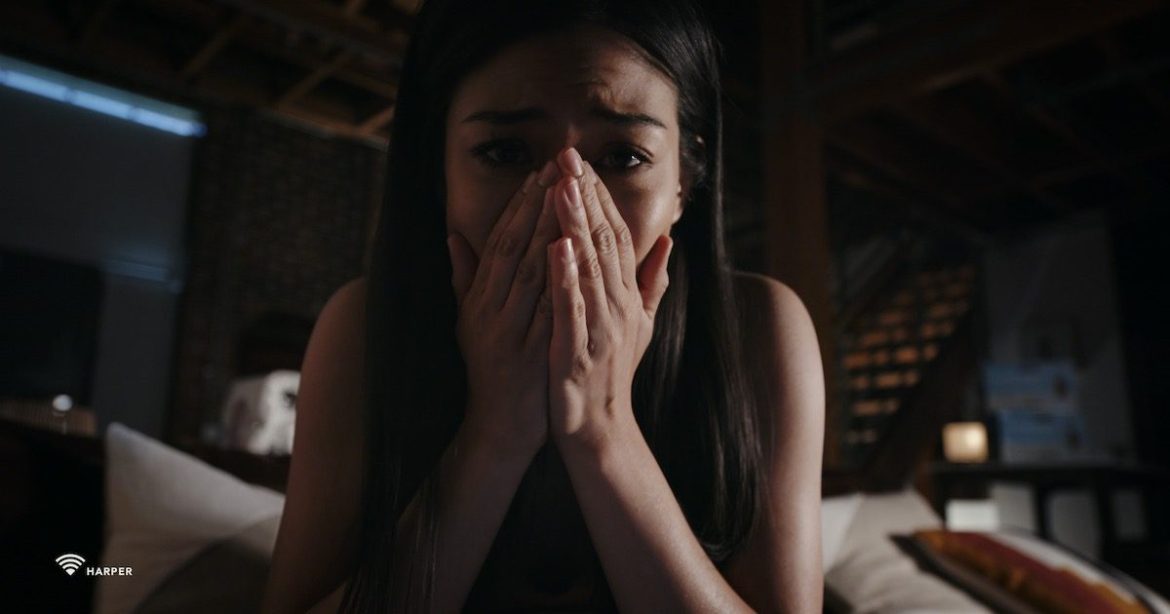 A sub-genre of the “found footage” films, computer screen films have been less prevalent than their Blair Witch-related cousins but can, as in the case of Searching or the Unfriended movies, be surprisingly effective. If they’re done well.

Safer at Home is not done well.

Two years into the pandemic and new strains of Covid have drastically increased the death rates, plunging the U.S. into violence and chaos. Unable to go outside, a group of friends throws an ecstasy-fueled party for birthday boy Evan (Dan J. Johnson) via Zoom. Unfortunately, things go off the rails and the night spirals out of control, resulting in the death of Evan’s girlfriend Jen (Jocelyn Hudon). All this is shown via the medium of Zoom screens and later, video calls.

Ways In Which The Setup Is Mishandled

Timur Bekmambetov, the producer of Unfriended, once set out some Dogme 95-esque rules for computer screen films including that the action shouldn’t move outside the screen, that camerawork should resemble the behavior of the device’s camera and that there shouldn’t be non-diegetic sounds. Which makes sense, anything you’re filming live with a webcam or with your phone wouldn’t have Hans Zimmer’s orchestra working away over the top, and you need it to seem believable that your character would still be filming. The first twenty minutes or so of Safer at Home are entirely within the frame of the Zoom windows of the people at the party. There’s no score and it looks like it might be a film of the level of Unfriended, albeit with lower stakes.

Then Evan goes on the run, and rather than switch to a conventional filming style, the makers stick with the screen gimmick by having Evan stay on his phone’s video chat. Which is of course a normal thing for a human being to do. At one point he hides behind a hedge with cops within earshot and keeps filming. With his light shining on him. Even if he didn’t recognize the mistake he was making, surely the people on the call should say, “Dude, why are you still filming this? Hang up. Or at least go to voice only. And for god’s sake, whisper.” (Maybe the reason he doesn’t whisper because you wouldn’t be able to hear him over the film’s score.) Safer at Home doesn’t trust it will convince the audience of the peril through its script, so lays an intrusive soundtrack over the majority of the film. Imagine how bad it would have messed up The Blair Witch Project if they’d been followed by Eddie Izzard’s cellists throughout.

Remember how they had all taken drugs? Well, the film doesn’t by about minute 25. They do a whole bit early on about how Evan’s friend Oliver (Michael Kupisk) got the drugs from Japan and that they’re “designer” and “weird shit from a lab” (As opposed to normal ecstasy that is organically grown and handpicked from the vine?) thus setting up a possible plotline for the drugs to have been tainted or poisonous. They completely abandon that idea. In fact, despite ecstasy being a well-known stimulant that raises body temperature, they choose to show nerdy guy Ben’s stress levels by having him huddled nervously under a heavy blanket. While wearing a jumper. With nary a bead of sweat in place. 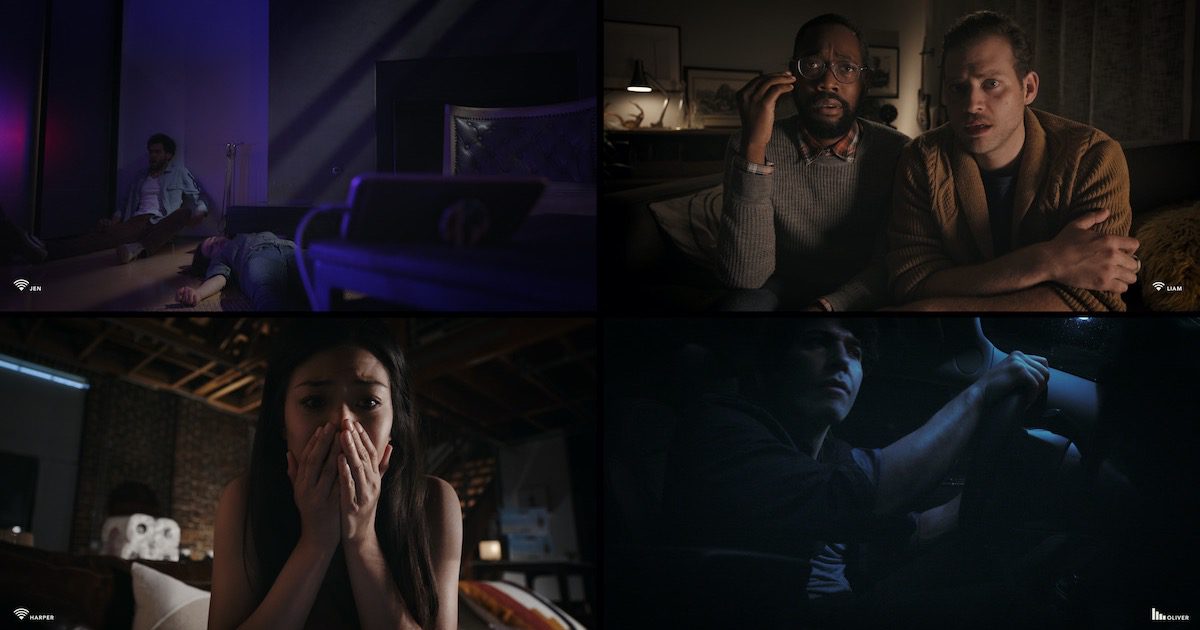 Carelessly Ripped From The Headlines

All this would be disappointing but fairly standard for low-budget horror. You can forgive a certain amount of sloppiness in the name of an entertaining 90 minutes on a Friday night. Where Safer at Home really missteps is trying to make COVID-19 a major plot point. First of all, does anyone want that in the escapist genre of a thriller or a horror movie while we’re still dealing with it in real life? Secondly, in attempting to be SO up to the minute, the things they’ve gotten incorrect are glaringly apparent.

In CGI, there’s a phrase known as “The uncanny valley”. This is when graphics move from cartoon-like, which we have no problem processing, to photo-realism. Just before photo-realism, there’s a dip where the graphics are almost lifelike, but are just off enough to be disturbing. Think of the dead-eyed monstrosities in The Polar Express for example.

What Safer at Home does is land right in the uncanny valley of time. A fictional pandemic like Contagion is free to set its own rules to an extent because it made its own disease. Safer at Home ties itself to a real disease and yet, despite only finishing production in January, already looks hopelessly out of date. It only uses stock footage of President Trump because presumably, it finished filming before November. It’s set in July 2022 yet has a statistic that 13.2 million Americans have died. From the new strain “Covid 20B”. The thing is, we already have multiple new strains, and we know they are all strains of COVID-19. We didn’t call the UK or South African variants 19B or 20, that’s not how it works. Ramping up the death rate by over 26 times also seems distasteful. Are half a million American deaths not enough of a tragedy for the creators? Also, despite this new, much more deadly infection apparently running rampant, the characters that go outside don’t wear masks. Which moves the film from, “Seems unlikely but okay,” into “This is bullshit” territory.

Not content with taking one contemporary news story and putting it into the movie, Safer at Home decides to jam in police shootings in a hamfisted way. It’s clearly meant to be an indictment on the fascist overtones of American policing, but it’s so clumsily handled the viewer is left rolling their eyes at a desperate attempt to add peril to “a man outside on an empty street”, which is a corner they wrote themselves into.

This comes shortly after one of the most nonsensical twists I’ve seen in a while. The kind that renders a lot of what came before entirely moot, which is never a fun time.

Host was an example of a pandemic-shot, Zoom-based movie that stuck the landing. So it can be done. Unfortunately, Safer at Home lands repeatedly on its face.

Thank you for reading! What are your thoughts on Safer at Home? Comment down below