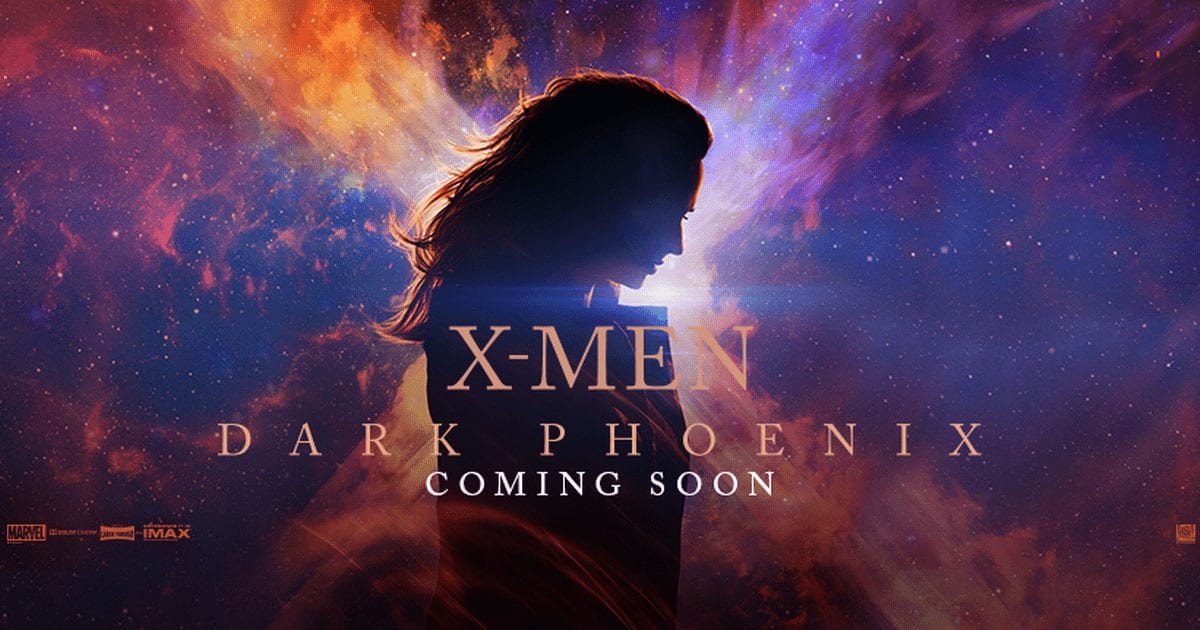 The brand new Dark Phoenix trailer is out. It looks like the Disney-Fox deal wasn’t able to stop it from coming out as many of the fans had hoped. Yes, we’re still looking forward to this one, but the chances of the MCU now adapting the famous storyline are slim. Fox already screwed it up before with X-Men: The Last Stand so we have the right to feel this way.

The Dark Phoenix Saga is an important tale in the X-Men lore for many X-Men fanatics. And as one myself, I’ll try to guide you through this trailer.

Does Anyone Still Care?

I’m of course talking about the fan engagement. Disney’s CEO, Bob Iger confirmed the X-Men property will move into the hands of Kevin Feige which likely translates to a reboot. We’re expecting the team to join the likes of Iron Man, Captain America, and Spider-Man, in the MCU. As sad as it is to see Jame McAvoy and Michael Fassbender leave their iconic roles, this franchise is now on life support.

A lot of people see no need to engage with something that’s inevitably going to end in the next year or so. The casual audience may not know of this corporate news, but can the studio count on their presence? X-Men: Apocalypse failed to make near the money Days of Future Past did. The X-Men brand is on a downward slope, viewers are losing interest. And although X-Men is a recognizable name, Star Wars proves brand recognition is not enough to sell tickets anymore. It’s a smart move to cut the “X-Men” from the title and keep the focus on what should matter to the viewer.

The only thing that can save this film financially is if the marketing delivers on the excitement. The trailer promises big things and goes on to show us the reason why Jean Grey is slowly turning into the evil villain. Weirdly enough, we’re seeing too many The Last Stand comparisons. A lot of the trailer follows the same beats of that movie. We already saw Magneto building his own base in the woods and young Jean’s flashbacks. I enjoyed that movie, but even I can tell those weren’t the most exciting parts. Here, they make the movie feel pretty low-budget for the scale they’re heading in. More space and less forest strolling.

Maybe those things aren’t major takeaways, what they do though is make you internally question if Simon Kinberg really learned. His writing credits include The Last Stand, Days of Future Past, and Apocalypse. Two of three of those were critical failures. He’s back to write this one, let’s hope DOFP wasn’t a fluke. 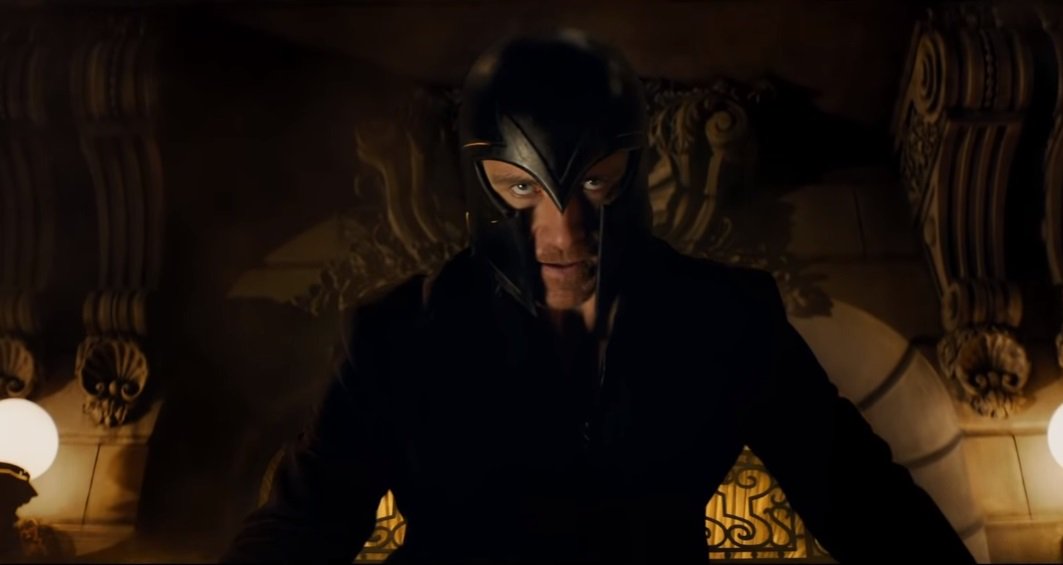 Another unwanted repetition I fear they might revert to is Magneto’s villainy. I’m sick of Erik undergoing a hero’s journey to then see him become the bad guy. You’ve done it in Apocalypse and I wish none of that here. Instead of making Magneto the obvious villain, have him try to help Jean in his own way.

The Trailer Isn’t Showing Everything

The trailer leaked, and reports say most of the VFX shots remain in finalization. I believe them since a lot of things we read in the synopsis aren’t even here. There is no sign of the alien race seeking to weaponize Grey’s newfound powers. In the comic book, that honor went to the Shi’ar Empire, and although we’ve seen Jessica Chastain as their likely leader, it’s a possibility it will be a different alien race. It’s weird seeing X-Men introducing the idea of aliens in their universe. They’ve never hinted at their involvement in any of the previous films. Let’s hope this movie does it carefully with a flair.

In the comics, the Phoenix is a space entity that possesses Jean during an accident in space. It was an unfortunate and tragic fate. Even if the footage doesn’t show much of that, we do see the merger take place with what is easily the best shot in the trailer.  If there are more things alike incoming, the Phoenix will serve as the deadly spectacle to the eye we so longed for.

If there’s anything you have to nail with the X-Men, it’s the drama. We see a lot of that here with the surprisingly dark flashback where Jean might’ve accidentally caused the death of her parents. Then we can play up the love dynamic between her and Cyclops. Finally! A chance for Scott Summers to truly shine. No Wolverine to steal the spotlight. This story should be his as much as it is Jean’s. I really hope the two get proper treatment. Use that Valentine’s Day release date for something!

Beast will finally get an important moment with Charles Xavier. The two were close since Days of Future Past so it’s nice that we finally get to see them interact in a meaningful way that truly shows us how much they care for one another. I like how Charles is reaching for a drink and Hank smacks it out of his hands. Another great tie to DOFP. Stop drinking Charles every time things don’t look too sunny or, in this case, dark.

But the thing to truly get me excited is seeing X-Men in a brand new light. According to the synopsis, humankind will no longer see mutants as something to be afraid of. That’s a welcome change we should’ve seen done in the comics a long time ago. As you probably know, X-Men are a metaphor for the Civil Rights Movement in the 60s. They represent the fight against racism, but times change. It’s important that the X-Men too shift with them to show things did improve despite the remaining improvements.

The comic books aren’t remotely close to doing that until this day. It makes no sense. Take into account the X-Men have saved so many lives, yet the social situation never changes. I think only with stories that reflect our ever-evolving world can we get better stories. 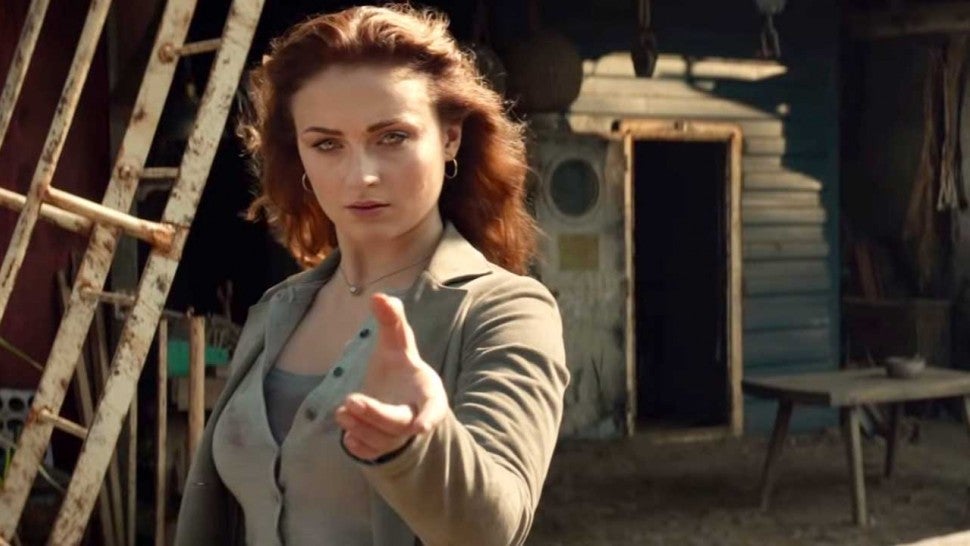 It’s time we say goodbye to the X-Men era that lasted for near two decades. The welcome changes are setting us up for a new and exciting final hoorah for the team. Sure, we see a number of things that could hold the film back, but keep in mind there’s much more they’re not showing. It’s a shame we’re slowly going to say goodbye to these iconic versions of characters and the mansion. Let’s hope the franchise can come to an epic close.

Thanks for reading! What are your thoughts on Dark Phoenix? You want me to do more of these trailer breakdowns? Captain Marvel anyone? Comment down below!

This and “Venom” both look like major dumpster fires with absolutely ZERO ties to the source material.
The original stories are both quite exciting but because Fox and Sony have no interest in building an audience but rather make cash grab car crashes,we stuck with this crap.

OOF! Don’t remind of Venom. You just know that thing is going to be a trainwreck when it comes out. If you wanna read my take on that movie and how much I rip on it, I recommend reading https://moviebabble971852905.wpcomstaging.com/2018/06/14/five-reasons-why-venom-will-bomb/. It basically tailors how the film is going to bomb. I think X-Men although ignorant of its original source at least throws in a good movie here or there.