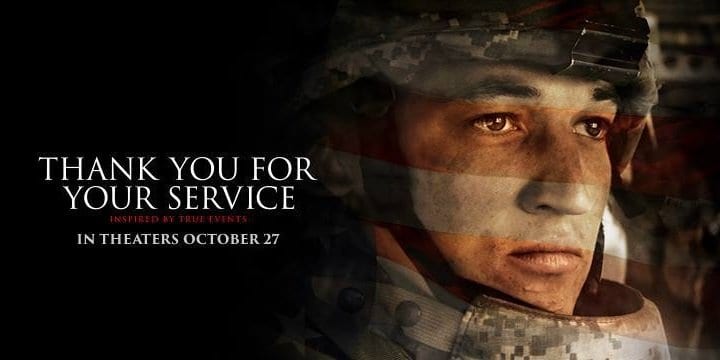 Nowadays, it seems like every fall has a movie that involves some type of military storyline, and this season is no different.  From the writer of American Sniper, Thank You For Your Service is another military movie about soldiers reacclimating to every day life.  The following review will be spoiler free. 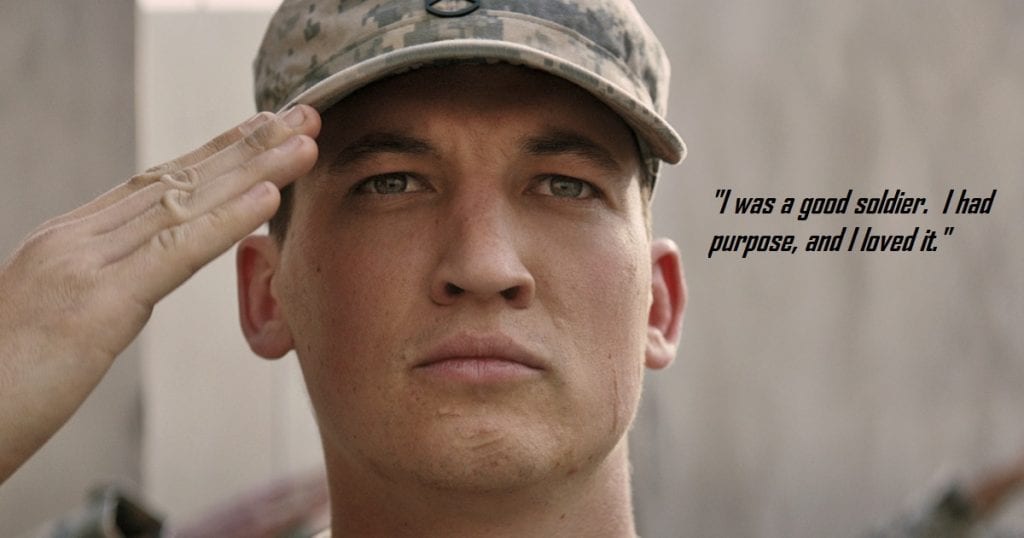 Inspired by true stories, Adam Schumann (Teller) and two of his fellow soldiers happily return to the United States after serving the country in the armed forces overseas.  The three men are incredibly excited to return to their families, but their experiences in the military have caused some pretty damaging effects on each of them.  Struggling to move past the horrors of war, these individuals grapple with post traumatic stress disorder and are afraid that there might not be a good enough infrastructure in place for them to get the help that they need.

DreamWorks and Universal acquired the rights to the story that is told in Thank You For Your Service back in 2013.  Amazingly, when the project first began its development, both Steven Spielberg and Daniel Day-Lewis were tied to the project.  Obviously, that version of the film is off in some parallel universe that similar versions of us were able to view.

As for us in this known plane of existence, we’re to see another attempt by Miles Teller to take the next step and become a renowned actor.  The Whiplash star began his career as many budding stars do by looking to become a part of a few possible franchises to increase his celebrity in the industry.  However, when franchise like the Divergent series and Fantastic Four bottomed out, Teller changed his calculus, shifting to more awards-centric films that display his acting ability.

Has that shift been successful?  The answer to that is unclear at the moment as films like Bleed For This and last week’s Only the Brave didn’t exactly connect with audiences.  That being said, many in the industry regard Teller as a true talent these days, so maybe this play has serious long term implications.

Dynamite Performances Keep Thank You For Your Service Afloat

While the latest motion picture with Teller still isn’t tracking well at the box office, there’s no denying that he has serious skills that will allow for incredible longevity in the industry.  In other roles, Teller’s brash, almost arrogant attitude is on full display.  Thank You For Your Service is a complete 180 from that trait, as he is depicted as a broken, vulnerable man.  Although the film focuses on the stories of three men, Teller is predominantly the backbone of the film.  You feel every inch of his pain, and you’ll claim the film to be a worthy endeavor based solely on his performance.

That said, newcomer Beulah Koale is the obvious standout.  This is the New Zealand-based actor’s first serious forray into film.  But, you’d never know that if I didn’t tell you.  A lot of the serious gut punches in the film come from his character.  Koale acts very disturbed.  He brings a ton of raw emotion that feel as real as the back of your hand.  Expect him to be in more films moving forward. 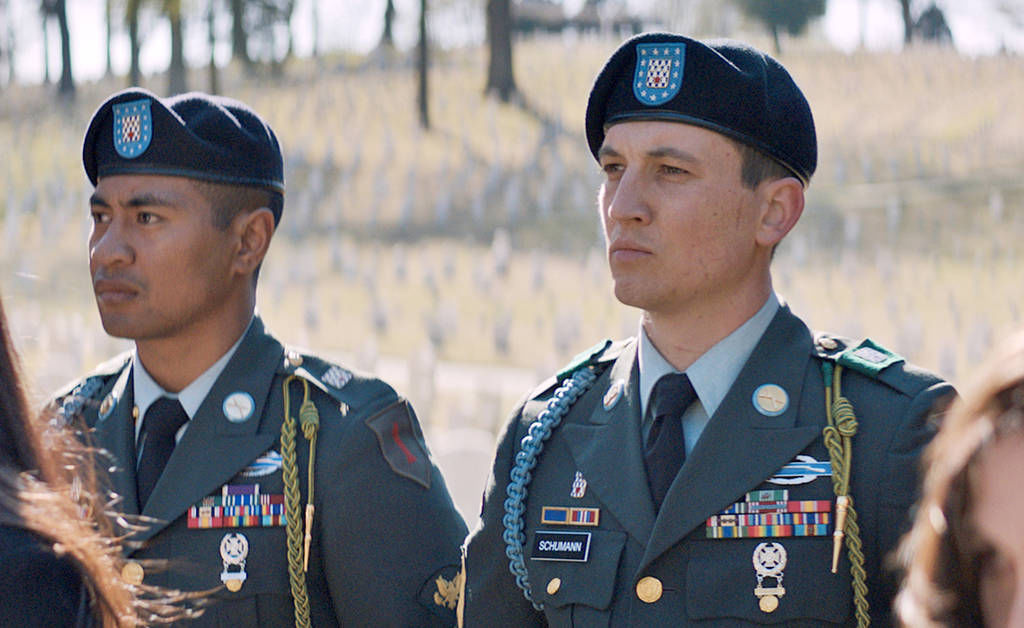 There’s been a growing swell of hate for Amy Schumer recently, but TYFYS shows her at her most understated.  She’s somber and cold, a stark contrast from her other work.  Who knows, maybe she wants to change her perception to many.  Either way, she adds to a film full of praiseworthy performances.

As with other military films, Thank You For Your Service discusses troubling topics.  Discussion of the treatment of soldiers after they return to war is always a worthy venture.  Let’s face it, the system in place could use some changes.  “Some changes” might even appear as a gross understatement to some.

Thank You For Your Service tackles these troubling topics with zero regard for your comfort level.  The film may not be a “warm blanket,” but it’s certainly a worthy endeavor.  Some movies take a stand on issues, and TYFYS is one of those films.  This film isn’t exactly pleasant for those that the VA employs.  TYFYS isn’t preachy either, making its statement even more powerful. 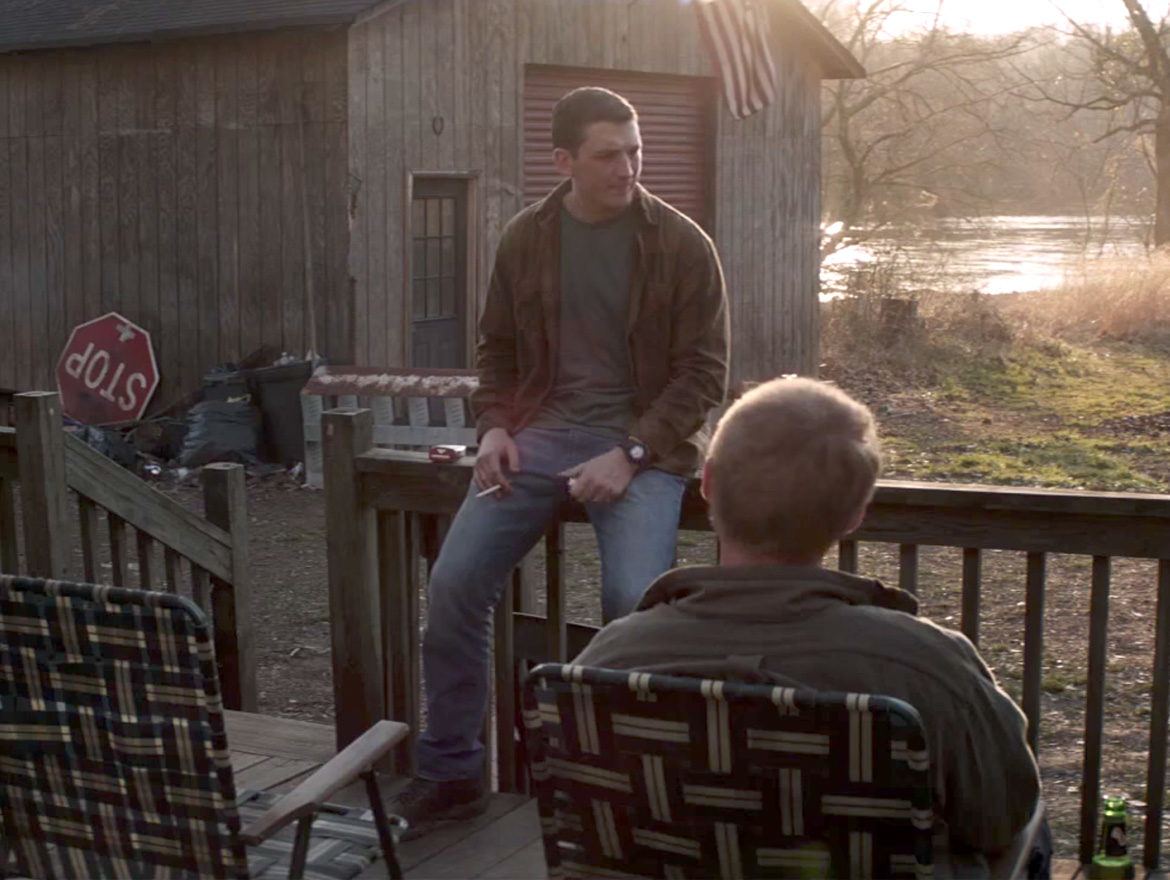 Ultimately Feels Like a Retread of Films that Did it Better

Unfortunately, studios have released many films similar to TYFYS in recent years.  Every Oscar season seems to have another military movie attached to it.  This fact isn’t a bad thing.  Saying that films about the military are getting tiresome is pretty cruel.  But, you can’t help but think of other military films that had more affecting storylines.

This movie doesn’t pave any new ground.  Rather, it recycles elements from other similar stories and repackages them.  You’ve seen each element of the movie before in some capacity.  While the story told here is one that needs to be told more often, it just doesn’t quite have the emotional impact that you would hope.  There are glimmers of a version of this film that would make it closer to something like The Deer Hunter, but it just falls short.

Thank You For You Service is a well-intentioned film that contains great performances and a story that deserves more attention in the mainstream media.  However, you can’t help but look back on films that did it a little better.  With the influx of military films in recent years, it’s tough for Thank You For Your Service to distinguish itself from the crowd.  It gets a B.

Since it doesn’t really bring anything new to the table in terms of dramatic heft, there isn’t necessarily a need to go out and see this film.  That being said, Thank You For Your Service is incredibly competent and earnest, sharing a message that is still deeply affecting despite diminshing returns. Thanks for reading!  What are your thoughts on Thank You For Your Service?  Comment down below!

[…] movies such as The Equalizer, Hardcore Henry, The Magnificent Seven, The Girl on the Train, and Thank You For Your Service. Side-stepping the Denzel Washington vehicle, those movies lack any kind of influence on […]

Great review. I have been a fan of Teller ever since his incredible role in Whiplash (and wow, what a terrific movie that was ?). This still sounds like a movie I definitely want to see at some point, but I’m also not in a real rush for it ?

That would be wise! Teller is great in the film and it’s very solid, but not very memorable

I saw Whiplash a few months ago for the first time and it absolutely floored me how good he was!