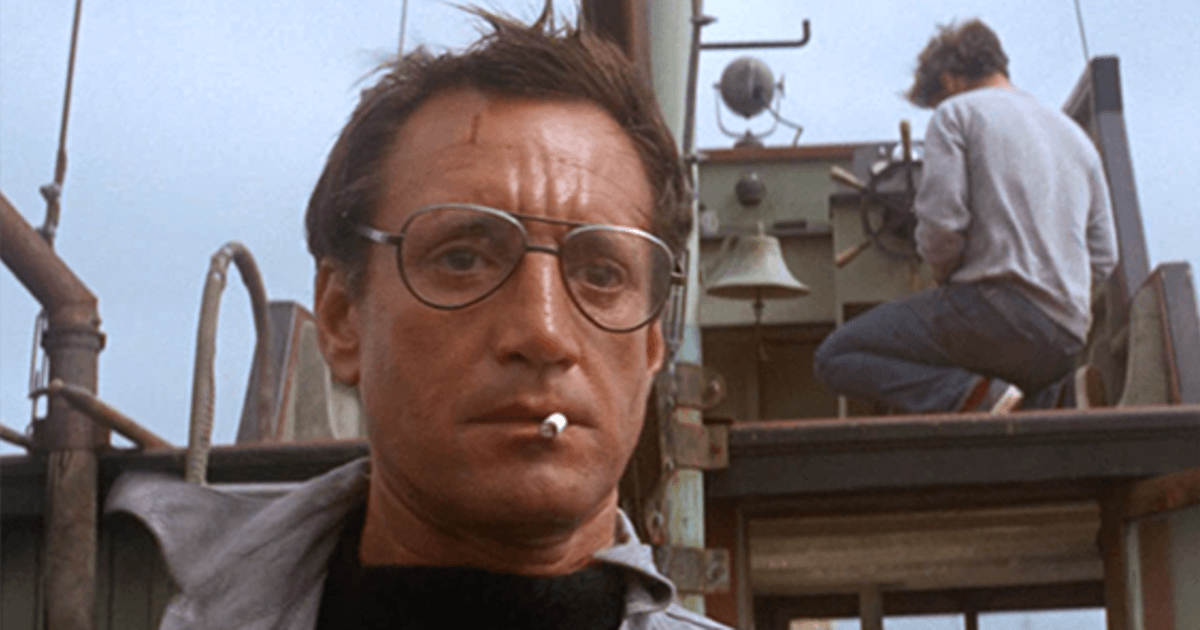 Movies with good quotes cannot be beat. You can have a terrible movie, but a good quote can revive it. After all, Snakes on a Plane (2006), an otherwise mediocre movie, gave us the best quote of all time: “I’m tired of these motherfing snakes on this motherfing plane!” Okay, so maybe it isn’t the best quote, but it is up there.

Let’s take a trip down memory lane as we remember some of the best movie quotes of all time. Though if I had my way, all 10 spots and honorable mentions would be taken up by Samuel L. Jackson saying motherf***er. The man has a way with words.

“Louie, I think this is the beginning of a beautiful friendship.” Casablanca (1942)

“What we’ve got here is failure to communicate.” Cool Hand Luke (1967)

“Badges? We ain’t got no badges. We don’t need no badges. I don’t have to show you any stinking badges.” The Treasure of the Sierra Madre (1948)

“You know how to whistle, don’t you, Steve? You just put your lips together and blow.” To Have and Have Not (1944)

This line is what the entire plot is built around. It is the last word ever spoken by Charles Foster Kane, a publishing tycoon who leaves behind him an unsolved mystery. Personally, I don’t care for this film because I find it boring and about two hours too long. However, Orson Welles’ Citizen Kane is a landmark in filmmaking as it is basically the film student’s dream. Citizen Kane has a complex moral about capitalism and greed and it explains this moral through strangely fitting symbolism and interesting cinematography. Though a single word, “Rosebud” is just a part of this giant mystery that takes on a life of its own. 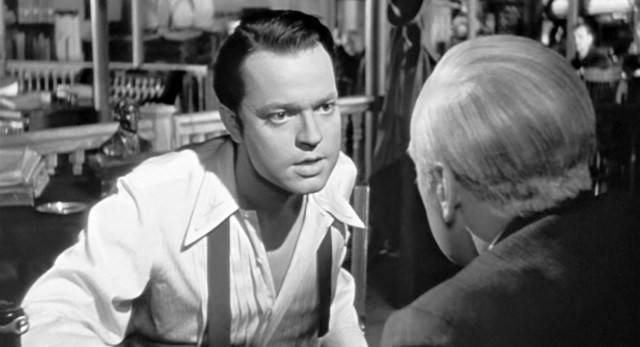 Gone with the Wind, based on the novel of the same name, is a quotable movie in general, but there are few lines that stand out more than others. This one, particularly, has a great amount of cultural significance. The Civil War epic featuring the life of Scarlett O’Hara basically mirrors what was going on in the world during the 30s — the Great Depression. This line is spoken at the very end when Rhett Butler has finally had enough and left the Southern belle. Though she is heartbroken, Scarlett realizes that her life isn’t over and that things can still go on. She acted as a hero at the time to an ailing America, telling them that even though the Depression may have broken their spirits, they could still go on. “After all, tomorrow is another day!” 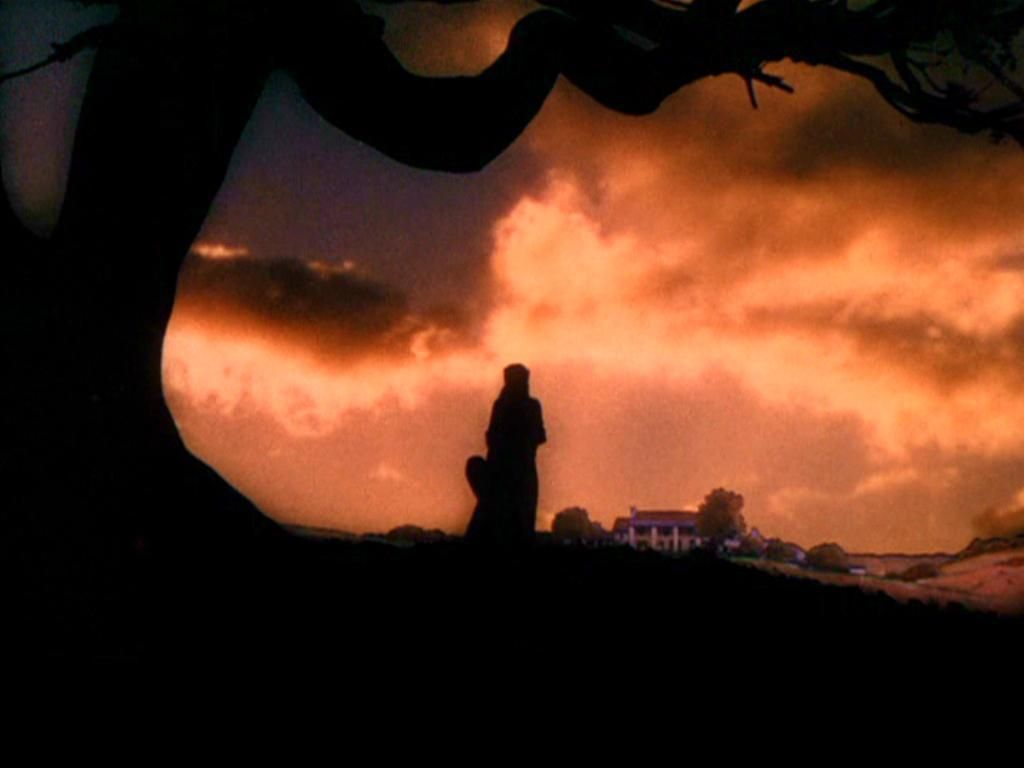 Jaws is a classic. It has big sharks, blood, and stupid teenagers — everything for a great low-key horror/thriller film. I like to think that this line — “You’re gonna need a bigger boat” — is Steven Spielberg’s way of poking fun at the absurdity of the concept. It’s such a dry remark and yet it’s become such an iconic quote. It’s exactly the kind of humor that wins Academy Awards and attracts audiences to theaters. There’s really not much else to say about this quote other than “You’re gonna need a bigger boat” is probably one of the funniest understatements in film. I like to think that the line is what Samuel L. Jackson would say if he were faced with a giant shark. E.T. really captured that whole innocent 80s kid spirit. Another Steven Spielberg vehicle, it featured a wrinkly alien, some curious kids, and evil adults. E.T. is a grandiose display of 80s nostalgia. We’ve got Star Wars action figures, kids on bikes, Reese’s Pieces, and kids thinking that “penis-breath” is the most cutting insult ever. “E.T. phone home” is the icing on this bizarre cake; we come to love the strange alien and can relate to him, especially when he uses adorably innocent lines like these. The whole film is truly geared toward kids (even to the point that the film is shot at kids’ eye-level). 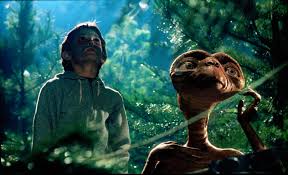 Have more menacing words ever been spoken? The words spoken by patriarch Don Corleone (Marlon Brando) send chills down the spine. The Godfather itself is one of the greatest movies ever made. Director Francis Ford Coppola used graphic sequences of violence contrasted by calm, warmly-lit scenes to create an uneasy tone through the movie. The line “I’m gonna make him an offer he can’t refuse” captures the essence of what it means to be a mobster; a mobster is a violent gentleman skilled in the art of euphemisms and secrecy and someone you definitely don’t want to cross. It perfectly encapsulates the mood of The Godfather.

Oddly enough, Sudden Impact didn’t make much of an impact besides the Clint Eastwood quote. It has the same plot as basically every other tough-guy action film — a detective (Dirty Harry) who tends to bend the rules and piss off those in charge gets assigned to a tough case involving a serial killer. There’s not much in the way of plot, though there is lots of blood and guts to fill up the time. The high point of the film comes with this quote. Dirty Harry stops a robbery in progress, killing all but one robber. The final robber holds a waitress at gunpoint, though this doesn’t perturb Dirty Harry, who taunts the robber with “Go ahead, make my day.” And then the robber gets shot and the movie goes violently down hill from there.

Casablanca is probably the most quoted movie of all time. I could have filled this list with every notable Casablanca quote, but I decided to give other movies a chance. “Here’s looking at you, kid” is the most iconic from this film because it is uttered not once, but multiple times through the movie by Humphrey Bogart. The line is the catchphrase for the film, lending the film its somber yet dreamy mood and tone. The quote itself is melancholy with a touch of hope, much like the film. Rick Blaine (Humphrey Bogart) is somber when he has to help his former lover, Ilsa Lund (Ingrid Bergman), and her new husband escape French Morocco, but he is hopeful that she will be safe and sound. That little line is what pulls the entire movie together.

Personally, I find this film pretty forgettable. However, this line is far from forgettable. Ironically, Dustin Hoffman’s iconic line yelled at a New York taxi was not in the script — it was completely improvised. The taxi was not supposed to be part of the film, so when it nearly ran over Hoffman, he yelled out “I’m walking here! I’m walking here!” Improvised or not, it accentuates that country-boy-turned-city-boy element to the story. Joe Buck (Jon Voight) is just a country boy in the big city, guided by Ratso Rizzo (Hoffman), and this incident shows how different the big city is from the country. It’s a light moment in a film filled with quite a few ups and downs.

Who knew the craze that these simple words would start? Spoken by Han Solo right before Luke Skywalker embarks on his mission to destroy the Death Star, these words launched a movement that could never be stopped. “May the Force be with you” is now a common phrase not only among Star Wars fans, but among all. The phrase is synonymous with Star Wars and stands out among all other lines in the film. Even if you’re not a Star Wars fan, you have most likely heard the line or even used it once or twice. “May the Force be with you” isn’t just a cheesy line in a space film, it is the start of a sci-fi revolution with badass princesses, scruffy smugglers, and some wicked colorful swords. 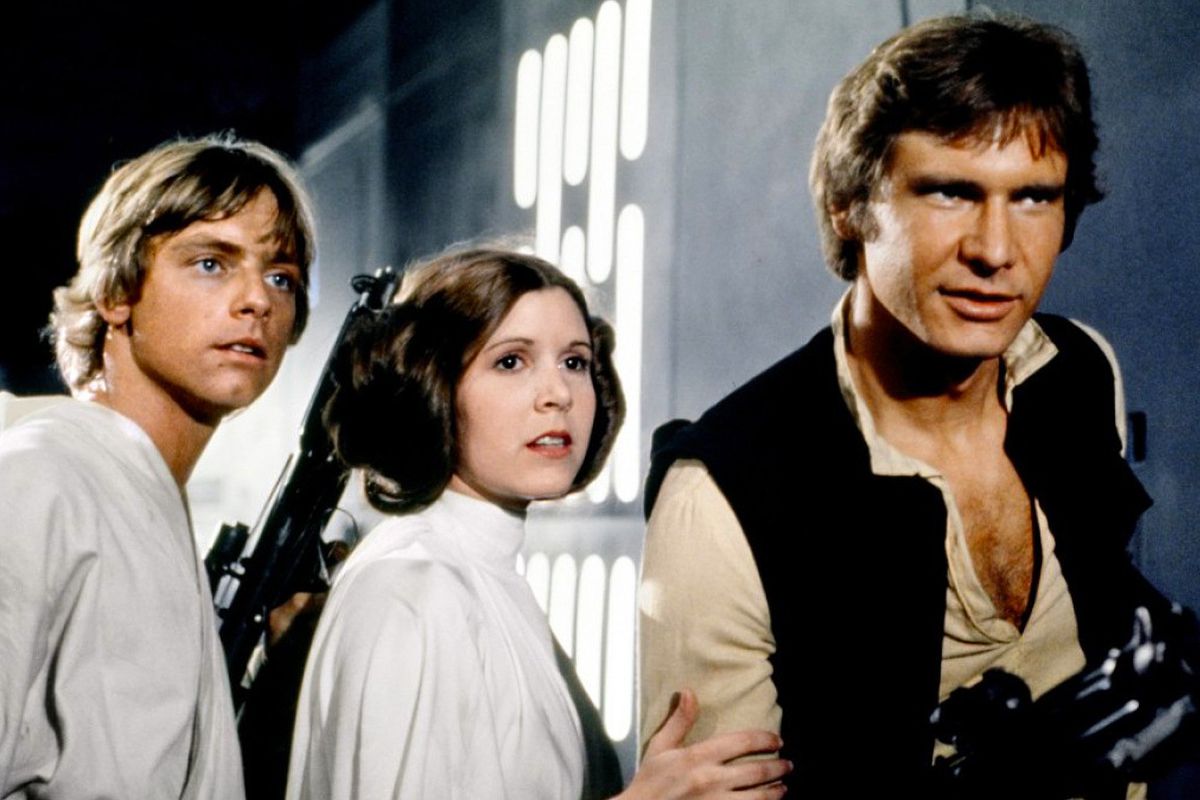 Gone with the Wind is somewhat of a forgotten film nowadays. Its box office record is overshadowed by Avatar (2009), though Gone with the Wind technically made more if you account for inflation. Sure, you still hear quotes from it, but do people really remember where it came from? Frankly, I don’t think they give a damn — but they should. This film was a revolution in filmmaking. It is one of the greatest epics to ever grace the screen. It had eye-popping colors that hadn’t been seen much before. The plot was absolutely scandalous and yet so motivating to an audience drowning in the Great Depression. And to have Rhett Butler, the wiliest, most carefree of them all, leave with this line was just a reflection of what everyone else was thinking at this point.

[…] this list, I’ve considered some of the films that not only get quoted a lot in real life and in other forms of pop culture, but also films that are simply referenced or […]

Heck yeah, May the Force be with you.

There’s also “No, I am your father.” Best. Plot twist. EVER!
“I am Iron Man.” The beginning of an incredible franchise and the ending of a fantastic superhero.
“Wakanda Forever!” I think this quote is already becoming iconic.
“Yippee-ki-yay, motherf***er.” Rude but hilariously brilliant. I love ‘Die Hard’.
“Are you not entertained?” Who else gets pumped whenever they hear this quote?
And last but definitely not least, “They can take our lives, but they will never take our freedom!” So. Many. Tears! ‘Braveheart’ is an amazing movie.

I don’t think ‘Gone with the Wind’ is a forgotten film at all.

My fave quote is probably from Casablanca: “Of all the gin joints in all the towns in all the worlds, she had to walk into mine.”

Or about 90% of the other lines in Withnail and I

I love these! As soon as I saw the subject, the Jaws line immediately jumped into my brain.

You’ll be a Daisy if you do

I got two guns. One for the each of ya.

I think I’m the only person who couldn’t stand Casablanca. To me, it felt like it was already decided that “Here’s looking at you, kid” would be the line it would be famous for so it was thrown in as many times as possible.
I love this list though – so many amazing movies here!