Is ‘The Blair Witch Project’ Still Haunting Us After 20 Years? 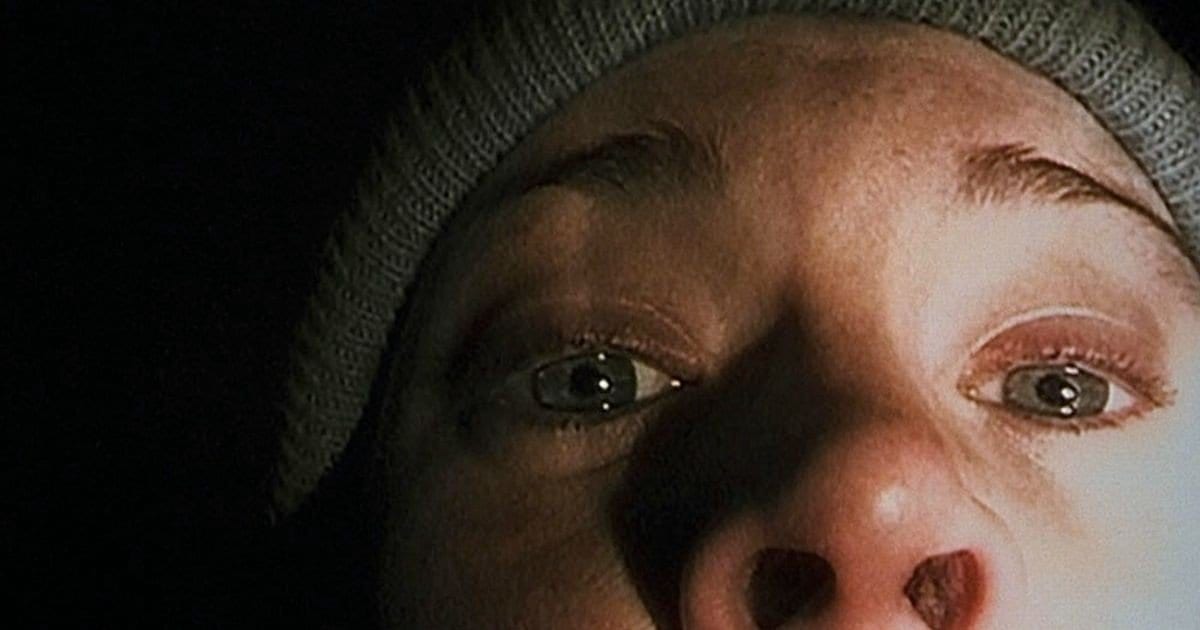 “In October of 1994, three student filmmakers disappeared in the woods near Burkittsville, Maryland while shooting a documentary. A year later their footage was found.” — The Blair Witch Project

These are the words that mark the beginning of the movie, essentially paving the way for an entire sub-category of the horror genre. Leading to movies such as Paranormal Activity, V/H/S, The Visit, Creep, Unfriended, and many, many more. This concept even branches out beyond the horror genre to the likes of Chronicle and End of Watch.

The Blair Witch Project may not have been the very first “found footage” movie (Cannibal Holocaust, 1980), but it was certainly the first successful one. This year marks the 20th anniversary of its release, so I’m going to explore why it’s a great addition to the horror genre.

The Premise of The Blair Witch Project

For those of you perhaps unfamiliar (or struggling to remember) the story of The Blair Witch Project, it goes a little something like this: Heather, Josh, and Mike are student filmmakers who decide to head deep into the woods near Burkittsville. Why? Well, they’ve decided to document the infamous Blair Witch, a local myth involving the kidnapping of children, crazy hermits, ritualistic murders, and of course, a witch.

The movie follows the group as they film the weird locations within the forest, such as Coffin Rock, where five men were murdered. After Josh disturbs stone structures at what appears to be a graveyard, the group begins to experience increasingly haunting and unnerving disturbances each night. When Josh goes missing, Mike and Heather have no choice but to go on without him. That is until they find his teeth inside a bundle of twigs.

After hearing Josh cry out for help two nights in a row, Heather and Mike chase after the sounds, stumbling into an old abandoned house. Along with finding creepy child-sized handprints and Josh, they also find their own deaths! Dramatic!

The Blair Witch Project is entirely psychological. This is a concept that most modern-day horror movies seem to have forgotten about. In this movie, you don’t see anything that in itself is terrifying. You see a little bit of blood, some creepy handprints, and you hear screams, but that’s it. You don’t see any mask-wearing, knife-wielding maniacs. There are no dark figures approaching from the distance or gory death scenes. You won’t see faces or bodies twisting into obscure angles through possession or demonic creatures standing behind characters. There are also a minimal number of jump scares, totaling maybe as few as one. For some viewers, the lack of any visible threat might make the movie seem a little boring.

So, how can The Blair Witch Project create horror? Firstly, you have the “found footage” element. Nowadays, this technique a little overused, but it works well in this movie. You can lose yourself and begin to believe that you’re on this journey with Heather, Mike, and Josh. Part of you begins to feel that you’re actually watching the final moments of these three students’ lives.

Secondly, the documentary façade of this movie allows it to set itself up well. You get the creepy history of the area, the stories of the murdered children and tortured men, and the “eye-witness” testimonies that further explore myths and experiences. Everything is lined up and ready to go, and yet you’re unsure of what to expect. You know that they’re going to encounter the Blair Witch, in some form or another, but nothing more. Your imagination runs wild, which often leads to scarier experiences than any movie can deliver.

The movie flips between two different states: day and night. During the day, you have interactions with the group members. In the beginning, they are happy, friendly, motivated, and are enjoying filming these creepy locations with one another. As the movie progresses, they each begin to lose their temper, behave impulsively, and dip into insanity. The daytime footage focuses on the characters’ descent into madness. Their actions become illogical and deranged: from destroying the map to rocking back and forth in the fetal position. The rising sun may signal an end to each night’s horrors, but it only leads to more problems.

As the sun sets each night, and the group has to make camp, the darkness brings forth the terrors of the surrounding wood. The noises are mildly unsettling but ultimately harmless. However, when you have what appears to be dead children banging at your tent, crying and screaming all around you, the night becomes a great deal more terrifying.

This movement between day and night forces viewers to empathize with the group. But it also blocks us from feeling at ease during the movie. There’s always tension and conflict, and so we don’t get an opportunity to relax. During the day, we feel as lost and confused as they are. We understand their frustrations (probably because as the viewer, we know they’re unlikely to escape). At night, we cower in fear as another bout of terror brings itself forth from the darkness. Much like Heather, Mike, and Josh, we have no idea what to expect. 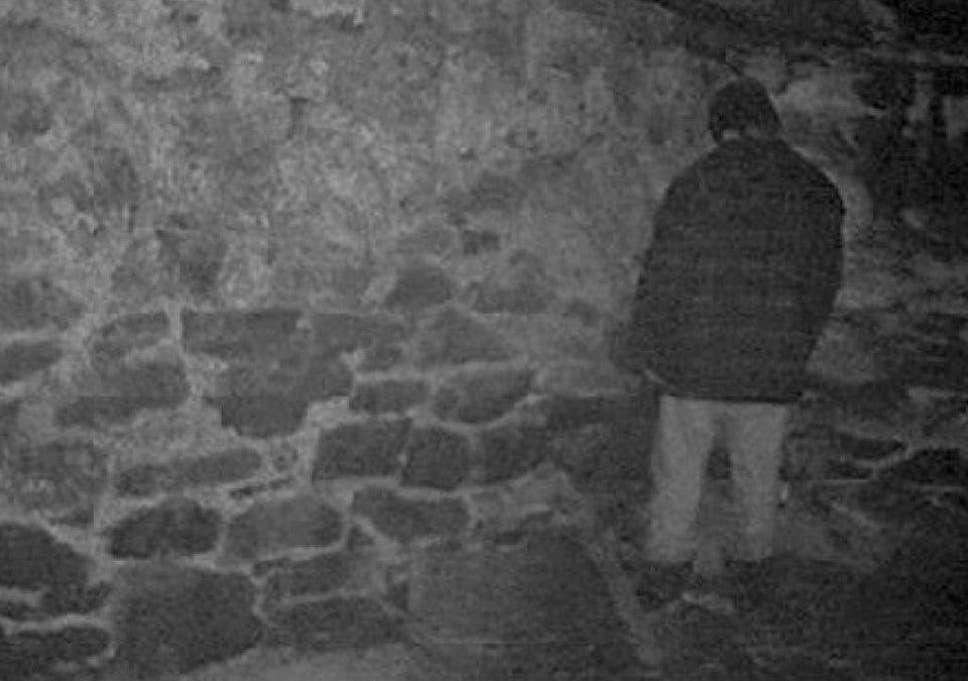 However, there are four alternative endings to the movie which were ultimately scrapped in favor of this one.

Ending #1: Mike would be hovering in the air as Heather reaches the basement.

Ending #2: The basement would contain a giant stickman, similar to those found in the woods. However, Mike would be crucified to this one. Surrounding him would be many of the small stickmen.

Ending #3: Heather would find Mike hanging by the neck from the basement rafters.

Ending #4: Mike would simply be staring at Heather and the camera as she comes down the stairs, with stickmen dangling all around him. When The Blair Witch Project premiered at Sundance Film Festival, it took a rather unique approach to marketing. The cast members (Heather Donahue, Joshua Leonard, and Michael Williams) were labeled as “missing”. Those who attended the festival in 1999 would have been greeted by the ‘missing person’ posters which decorated the area. The film was described as being fictitious in nature, but you can imagine that it still created an eerie atmosphere.

The movie relies heavily on improvisation. To encourage this, the cast were led to believe that the tale of the Blair Witch is true. They were asked to interview the townspeople, believing them to be genuine when in fact they were actors. In order to make the anger and hostility seem more natural, the actors received less food each day on set.

Although you don’t see the Blair Witch in the movie, this shouldn’t have been the case. In a scene where the group flees from their tent, and Heather shouts, “what the fuck is that?”, there was a crew member standing on a hill dressed in white with a mask on. Josh should have captured this with his camera, but in the heat of the moment, he missed it. They decided not to reshoot the scene.

It’s also important to note that this movie had a tiny, tiny budget of only $60,000, but would go on to gross $250 million. This is worth mentioning because the lack of special effects and the cheap camera are what make this movie feel real. The Blair Witch Project is a demonstration of how to tell a campfire ghost story through a modern outlet: cinema.

Overall, I think there’s no denying that The Blair Witch Project was an original movie. Nowadays though, it is little more than a raindrop in a swamp of found-footage franchises. The movie itself has two sequels: Book of Shadows: Blair Witch 2 (2000) and Blair Witch (2016). Neither of these packs much of a punch, leaving the original as the best in the series. Pushed even further by the fact that there is also an upcoming game release that resembles the Slenderman series.

Personally, I found this movie to be terrifying. Granted, I was 13 when I first watched it, but it made camping a whole lot more intense. The Blair Witch Project may be simplistic in nature and have a short runtime, but I believe that’s part of what makes it great. If you can allow yourself to buy into the premise that it’s a documentary, then it can offer a truly chilling experience.

The impact of this movie is largely situational. If you live in the middle of a city and rarely, if ever, venture out into the darkness of a forest, this movie is unlikely to haunt you in the same way. However, if you enjoy camping or regularly walk your dog in nearby woods, then you might find this movie lingering in the back of your mind. That being said, if you’ve seen this movie once, the second and even third viewings are a little bland. That’s not to say that it can’t be appreciated, but seeing Mike standing in the corner of the basement won’t shock you the same way it did the first time around.

Thank you for reading! What are your thoughts on The Blair Witch Project? Comment down below!

[…] of the “found footage” films, computer screen films have been less prevalent than their Blair Witch-related cousins but can, as in the case of Searching or the Unfriended movies, be surprisingly […]

[…] his rolling eyes to the bizarre patter of his feet around the house, Brahms instantly goes from creepy to comical. This also begs the question, if Brahms can move why didn’t we see evidence of this in […]

Rewatching it years after the hype had passed, I found it still excellent. Unfortunately we got way too many movies in its wake that used “found footage” as a way to skip having a plot that makes sense.

Agreed! Maybe if we hadn’t been bombarded with like 12 Paranormal Activity movies the found footage concept could still be a great tool within the horror genre.