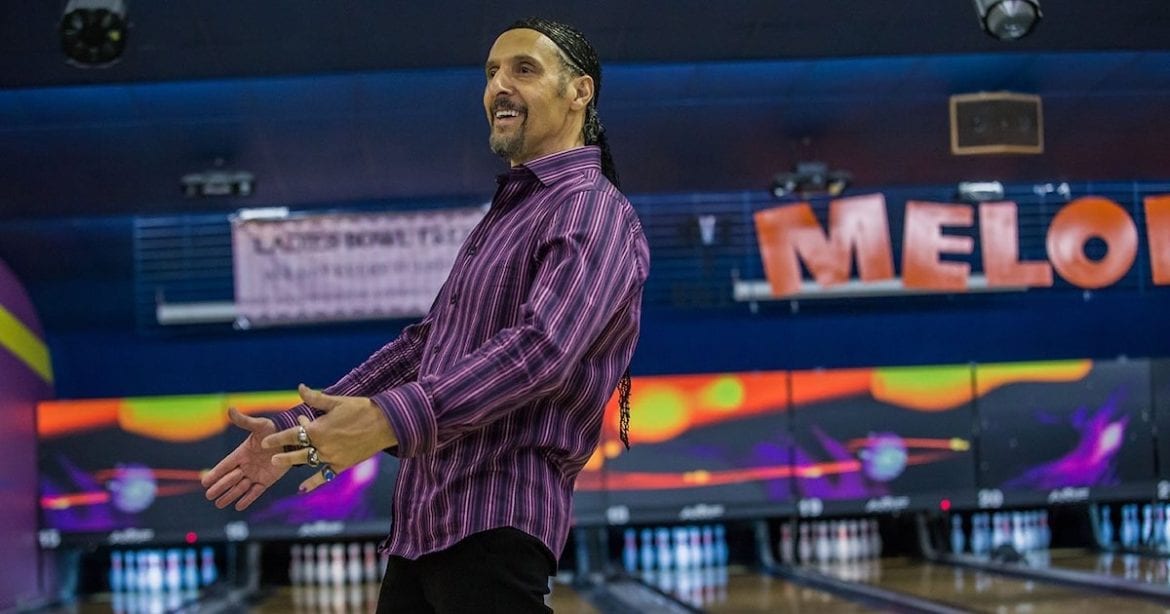 Like my fellow ordained Dudeist Ministers out there, I’ve seen The Big Lebowski countless times. It’s a film that not only became increasingly entertaining after each consecutive viewing, but its underlying message also became of great philosophical and spiritual value to me. It’s not just a satirical jibe on the noir genre, starring a lazy-bum stoner instead of a cool gumshoe. It’s a wacky Buddhist parable about the need to accept our lack of control in this world. A world in which dark forces can just barge into your house and take away those precious rugs that really “tie the room together”.

Its cult honor is unlike any other — unless there is another film I’m not aware of that spawned an organized religion called “Dudeism”. Every year, people come together to dress in a beige robe and drink White Russians — judge it all you want, it’s a lot more fun than communion.

It has, however, not led to a belated sequel that would inevitably fail to live up to its greatness. It can still happen, of course. All the principal players, besides Philip Seymour Hoffman and David Huddleston, are still alive. But it seems unlikely that the Coen Brothers are interested in making a sequel. And frankly, we don’t need one. The film stands perfectly on its own. Its legacy remains untarnished. The Dude abides.

In 2020, we are now suddenly treated to an unofficial spin-off movie, The Jesus Rolls, centered on the character Jesus Quintana (John Turturro), the bowling rival to The Dude. Jesus Quintana was an unimportant yet memorable supporting character whose disturbing background as a sex-offender notwithstanding, was hilarious in the few scenes he was in. At one point, in an interview, the Coen Brothers mused jokingly about a spin-off movie about him called ‘The Passion of The Jesus’ — a much better title than The Jesus Rolls in my opinion.

It’s quite easy to be skeptical about this movie. It could easily be a cash grab. The lack of buzz was worrisome too. But it seems to be a passion project from John Turturro, who writes, directs, and stars in this film. Having received the blessing from the Coen Brothers, Turturro gives us a road movie in which The Jesus is accompanied by a fellow ex-con, Petey (Bobby Cannavale) and a deranged hairdresser, Marie (Audrey Tatou) as they go on a crime spree. It’s also a remake of the anarchic French film Going Places. The trailer seemed also seemed hastily edited, giving the impression that its marketers had lost faith in the finished film.

Not expecting much, I gave it a shot. I quickly realized there was no need to worry. The Jesus Rolls is an enjoyable, sometimes hilarious ride from beginning to end. It will certainly not spark a religion in the future, but it’s unlikely to bore in its brief 80-minute running time.

The Jesus Was Innocent!

After serving time for exposing himself to an eight-year-old, Jesus Quintana is finally released from prison. We quickly understand from a flashback that the supposed criminal incident was actually a misunderstanding — the father of the child in question misconstrued a conversation between Jesus and his child about Jesus’ penis size as deviancy.

Though the friendly warden (Christopher Walken) wishes Jesus good luck — in typical Christopher Walken delivery — he does warn him that if he gets caught one more time, he will likely serve a life sentence.

This doesn’t deter Jesus from living life his own sordid way, however. After reacquainting himself with fellow ex-con, Petey (Bobby Cannavale), they start their crime spree by stealing a sportscar from a gun-toting hairdresser, Paul Dominique (Jon Hamm). Their eventual confrontation with Paul leads to Petey getting wounded but in turn, another hairdresser, Marie (Audrey Tatou) joins them on their aimless criminal quest.

The three embark on a wild journey, filled with sex, theft, and with the occasional reminder that nobody, ever, ‘messes’ with The Jesus.

The big question surrounding this movie is whether Jesus Quintana can work as the lead in his own movie instead of a minor supporting character as he was intended. Opinions might vary on this, but I felt that the character was perfectly utilized in The Jesus Rolls. Turturro perfectly captures the mannerisms of the character, even as a few decades have passed. The character never overstayed his welcome and Turturro’s committedly wacky performance brought forth the film’s biggest laughs.

A part of me is a little disappointed that the character’s criminal deviancy was so quickly retconned. Clearly, it would have been hard to make the character sympathetic if he really was a pederast, but it would have made for a far more daring film and it could have given the character a more interesting arc. It’s also a cheap screenwriting trick.

Even so, Turturro makes the character into more than just a perverted bowler. He embodies his own anarchic philosophy, akin to the wildness that fueled the likes of Hunter S. Thompson or befitting the great no-nonsense beatniks of the past. Though don’t misunderstand me, we still get the classic Quintana moments, such as him sexualizing a bowling ball or threatening to shove a gun up someone’s ass and pulling the trigger until it goes “click.”

Bobby Cannavale has always been a reliable actor, both in comedic and dramatic roles, though his role as a psychotically insecure gangster, Gyp Rosetti, in Boardwalk Empire might be one of his best. In The Jesus Rolls, he perfectly complements Turturro, playing the straight man to Quintana. Though it’s clear that, despite Jesus’ freewheeling sexuality, he does envy his confidence.

Don’t be fooled by The Jesus Rolls‘ poster as Turturro, Cannavale, and Tatou are the main players, while the rest of the star-studded cast merely have amusing cameos. Besides Walken and Hamm, we also have the likes of Coen regular Tim Blake Nelson, J.B. Smoove, Sonia Braga, another Coen regular Michael Badalucco, and Pete Davidson.

Only Susan Sarandon receives more than a glorified cameo, as a recently released convict who encounters Jesus and Petey. Her character gives the film its dramatic heart, as her character becomes enamored by the sudden freedom bestowed upon her after years of imprisonment.

As we can expect from the veteran thespian, Sarandon does the most with her limited screen time. In her eyes, we see years of hard time and regret. And it’s quite touching seeing her open up more due to the kindness from The Jesus and Petey.

Putting It All Together

Don’t compare this to The Big Lebowski, it will only lead to disappointment. As a remake of Going Places, the film differs significantly, as it lacks the political undercurrent which the original 1970’s French film was infused with. It’s mostly faithful to the original, like an amusing Americanized retelling with Quintana character replacing the Jean Claude character.

Others have noted that they were put off by the film’s sexual politics. Personally, I don’t see the film that way, as the characters are not sympathized with. They aren’t wholly bad people but certainly aren’t good either. They are criminals with their own codes. The way either Jesus or Petey talk about women is the least of their sins.

It’s a short watch so it never overstays its welcome. Not all the jokes work, but the jokes that do make up for it. The poignant appearance of Susan Sarandon also leaves quite an impression. The film also has a fantastic soundtrack with some wonderful Neapolitan renditions of classic songs. It’s not a classic by any means, but I’m glad The Jesus got to shine in its own movie. The Dude still abides, but nobody messes with The Jesus.

Thank you for reading! What are your thoughts on The Jesus Rolls? Comment down below!

[…] say that I do not have things I liked and admired about The King of Staten Island. I’ve mentioned Davidson, who shows a lot of promise as a leading man; he adds considerable likeability to a character that, […]

[…] retort shared by the main character, Goreng (played by Ivan Massagué, who looks like a Spanish John Turturro), and his prison cellmate, Trimagasi (Zorion Eguileor, the perfect sleazy old man for this kind of […]

‘Blonde’: A Painstakingly Limited View of a Woman