‘Random Acts of Violence’ is a Grisly Critique of Horror Entertainment 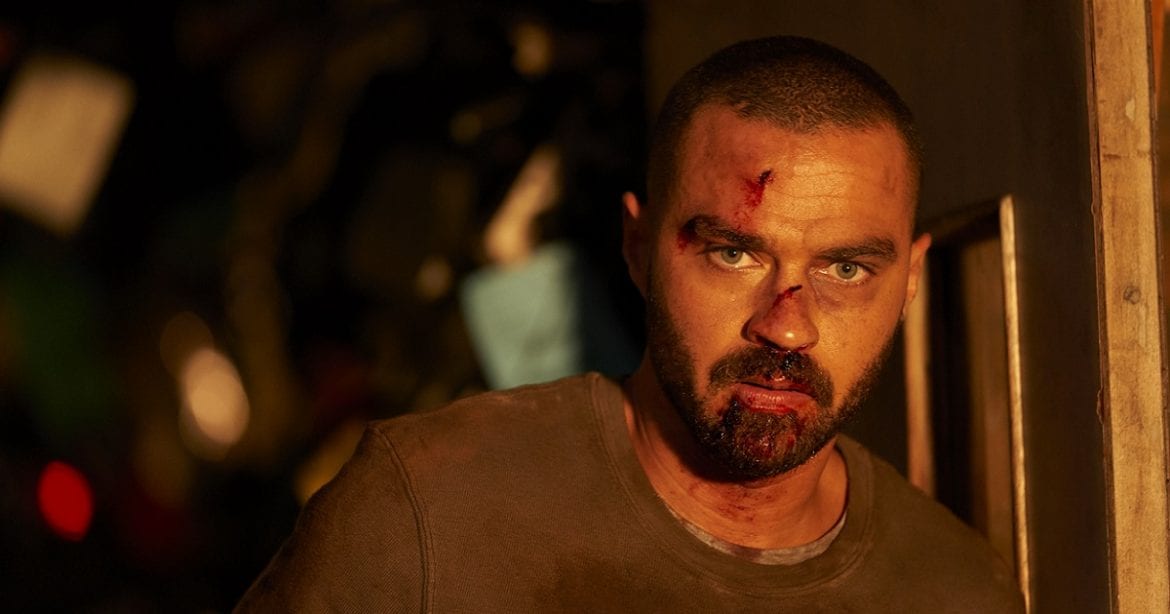 The most ingenious line from Wes Craven’s Scream (among many other great soundbites from a continually prescient movie) is Billy Loomis noting, “movies don’t create psychos, movies make psychos more creative.” Jay Baruchel’s Random Acts of Violence appears to espouse the same ethos as it criticizes horror entertainment, in which we frequently deify true crime killers and fictional murderers instead of those getting terrorized. Think about it: you can quickly think of serial killers like Zodiac, Ted Bundy, Jeffrey Dahmer, and John Wayne Gacy off the top of your head, but naming some of their victims is probably a different story.

It’s a fascinating idea that Baruchel explores with mixed, but ultimately positive results through main character Todd (Jesse Williams), a comic book writer famous for creating a character named Slasherman that he based entirely on a real killer. On a road trip from Toronto to NYC comic con, Todd, his girlfriend Kathy (Jordana Brewster), his publisher Ezra (Baruchel), and his publisher’s girlfriend Aurora (Niamh Wilson) drive through the area in which the real Slasherman terrorized poor souls years ago to promote the last issue of the comic book. (Kathy is also in the research phase a novel focusing on the victims of the killer’s attacks.) But a new swell of murders begins to occur, and the crime scenes begin to look eerily similar to panels from Todd’s work.

The 2010s were very topsy turvy for Baruchel, who started the decade as one of the more prominent and distinctive comedy stars with movies like This Is the End, which is probably my favorite comedy of the 2000s. By the end of the decade, however, Baruchel retreated slightly, continuing his excellent voice work in the How to Train Your Dragon series but clearly reducing his time in the public eye. As Baruchel has stated himself, this was entirely by design. Acting in movies like The Sorcerer’s Apprentice and handling the Hollywood circus was never his passion, he’d prefer to stay away from it all in Canada and make his own films (which makes his heightened version of himself in This Is the End that much funnier if you ask me).

After his directorial debut, Goon: The Last of the Enforcers, the sequel to the cult-favorite Goon, Random Acts of Violence is realistically his first chance to create his own visual language, which he does compellingly.

Random Acts of Violence has animated comic-book-style sequences spliced throughout, offering a pulpy look at the over-the-top thrills Todd creates. The sequences are laced with flashing green and red lights, which later bleed into the color palette of the rest of the film. Not only does add a hypnotic element to the terror that persists, but it also indicates the comic book world and the real world are blending together. Baruchel and his cinematographer Karim Hussain make good use of this flourish, reflecting the real-world ramifications of Todd’s work.

And no, Random Acts of Violence isn’t asserting the “violent art creates real-life violence” narrative Karens peddle with glee as they attempt to break into a Starbucks without a mask. The killer (Simon Northwood) only becomes more creative from Todd’s work, his psychology doesn’t change. The ethical questioning comes from the fact that the Slasherman character is in incredibly poor taste and probably shouldn’t have been created in the first place, much like many other creations that are unnecessarily sadistic. 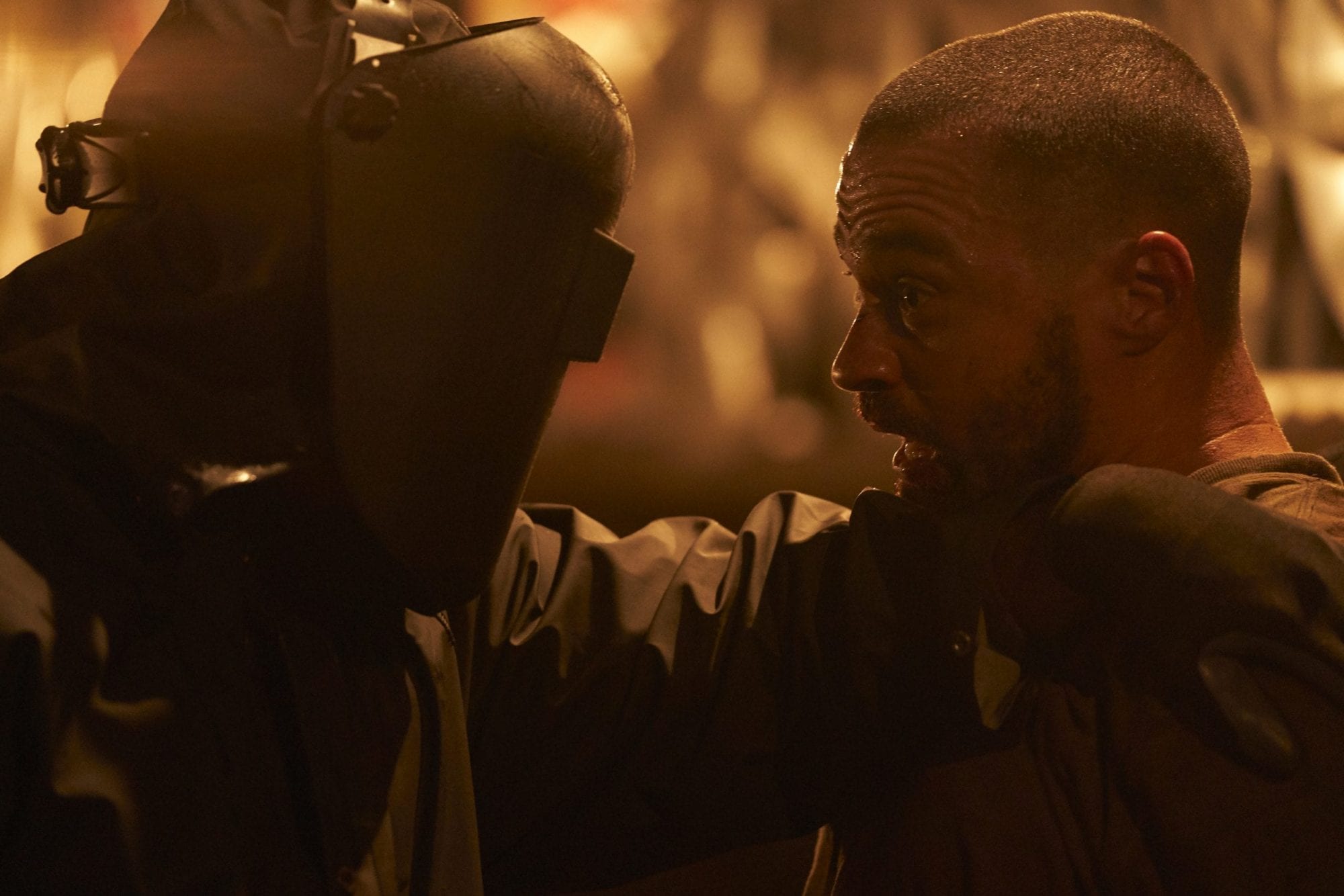 Baruchel is also wise not to depict his own killer as a cool figure you’d want to put on a poster. He’s vicious and quite animalistic. A moment that will stick with me is seeing the killer psych himself up before attacking his prey, pounding his chest and head then taking off in an all-out sprint. It’s not stylish, it’s terrifying. The same goes for the rest of his grisly actions. I found myself routinely repulsed and shocked.

A Lack of Strong Characters

Unfortunately, the character work in Random Acts of Violence leaves much to be desired, which consistently undermines the ideas Baruchel is exploring. For a movie that wags its finger at us for being more interested in the killer and thinking of victims as rather disposable footnotes, its characters are also pretty disposable footnotes. That’s one heaping dose of irony.

Jesse Williams and Jordana Brewster are interesting enough presences and add more to their characters just from their own personalities, but they’re paper-thin nonetheless. The film is better in the abstract; once you begin examining its parts and realize how its backstories and arcs are very contrived, it begins to fall apart.

But on a visceral level, Random Acts of Violence has plenty to admire. Baruchel does a lot with his small budget, finding plenty of creativity within the limited sets, especially in the third act which becomes an overwhelming sensory experience. He creates some ghastly horror images, some of which I don’t think I’ve ever seen in a movie before. In many ways, Baruchel shows signs he could grow into a very crafty horror director down the road.

Thank you for reading! What are your thoughts on Random Acts of Violence? Comment down below!

[…] the visceral bloodshed, Possessor‘s cinematography is gorgeously helmed by Karim Hussain, who also did Brandon Cronenberg’s previous film, Antiviral. The pair collaborated on the […]

[…] luckily has a bit more restraint than many of those movies, directing your attention away from the sensationalistic violence at just the right […]

Lol me too! I love it when creators try new things!

Neil Marshall Returns to Small-Scale Horror in ‘The...