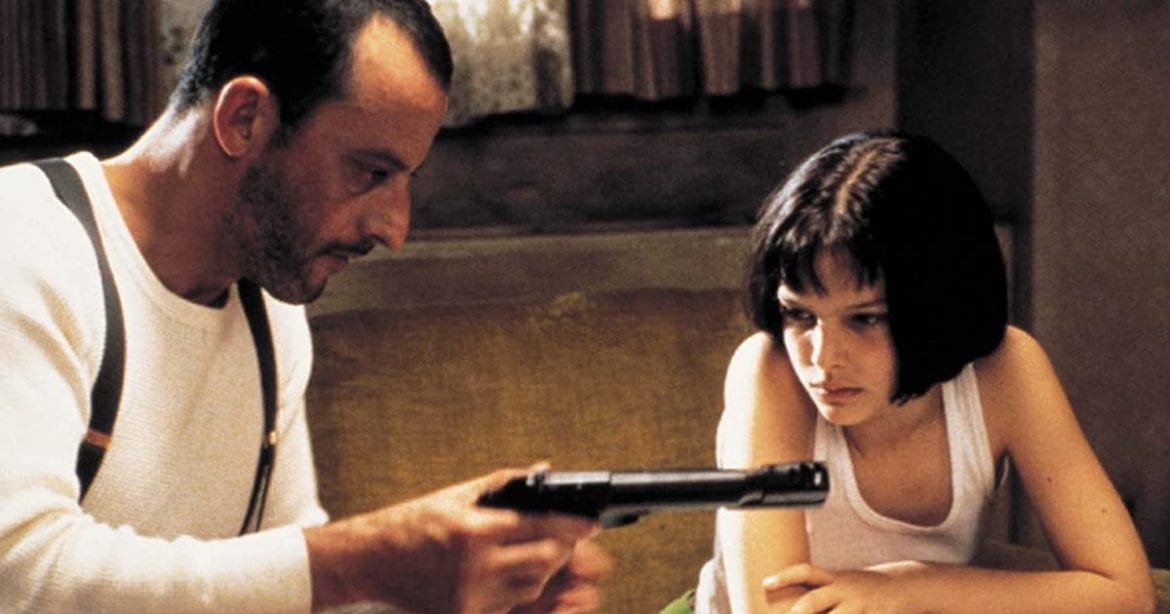 Some actors were just made for the screen. They were practically born into it. Hollywood was just an inevitable part of their childhood — molding and shaping who they were.

Hayden Panettiere in Remember the Titans (2000)

Kirsten Dunst in Interview with the Vampire (1994)

The Andy Griffith Show has always been one of my favorites — I always wanted to live in Mayberry. Opie Taylor (Ron Howard), Sheriff Andy Taylor’s young son, was one of the cutest parts of the show. Whether he was getting in trouble for doing the things little boys do or he was saying adorable things, he was always a welcome addition to the show. Ron Howard would later go on to star in shows like Happy Days and movies like American Graffiti (1973) in addition to producing and directing numerous successful films. However, to me and many others, he will always be little Opie.

Nothing like a good 12-year-old prostitute to spice up a movie, eh? Jokes aside, Jodie Foster is such a talented actress. No matter what role she is thrown into, she handles it with grace and deftness. Even in her performance at just 14 years old in Taxi Driver, it’s apparent that Foster was always destined to be a great actress. I love the coolness she handles her character with. I love how she is able to create believable relationships with characters. And I love how at ease she is in front of the camera. Even playing a character as strange and uncomfortable as Iris, Foster shows her true beauty and skill in Taxi Driver.

Who knew that when Joseph Gordon-Levitt was cast as the young Norman Maclean in this heartbreaking film that he would go on to create even more masterpieces? I’ve always loved Gordon-Levitt’s simplicity in his roles and one can see that he’s always had that gift after watching A River Runs Through It. Even from a young age, Gordon-Levitt realized that less is more and never allowed his performances to be cluttered by over-acting. That’s a quality that some actors and actresses really need to incorporate more often (William Shatner is shaking in his moon boots).

Putting aside the troubling fact that 19-year-old Jason London was chasing 15-year-old Reese Witherspoon, this movie has a lot to offer. Reese Witherspoon especially brings a lot to the table. She is able to bring a true teenage spirit to her role as Dani Trant. At no point did I feel like the dialogue was being forced from her or that she was unsure of her lines. Rather, every scene with Witherspoon was perfectly executed, right down to the appropriate gestures and glances that make this little coming of age story come alive. Even in her childhood, Reese Witherspoon was miles ahead of other actresses.

Saoirse Ronan is still pretty young as actresses go, but she has been acting from an even younger age. In the war drama/romance Atonement, she plays an impish younger sister that ruins many lives with a false accusation. Starring alongside James McAvoy and Keira Knightley is intimidating, but Ronan makes it look easy. She is able to hold her own and retain her own personality through her character. It’s clear from watching Atonement that Ronan has an actress’s blood running through her veins. I think my favorite part of this performance is the fact that, even though her character annoys me throughout, she is still able to make her somewhat lovable — a feat even the most seasoned of actors struggle with.

Emma Watson is the only person who ever could portray Hermione Granger on screen. She is literally her character — smart, witty, and proper to a fault. Of course, Daniel Radcliffe and Rupert Grint were also essential to the films, but Watson brought a certain sort of magic to her character. Watson is able to melt into her roles, a talent which she showed even from her childhood by melting into the role of Granger. Harry Potter just would not have been the same without her.

Honestly, I don’t like E.T. I think it’s pretty boring and doesn’t have enough action. However, I love Drew Barrymore in this film. I love her honest, adorable portrayal of little Gertie. Once again, she reminds me a lot of what I was like when I was younger. Of course, playing a spunky little girl probably came easy to the spunky little Barrymore, but that doesn’t mean it’s not a great portrayal of acting talent. Barrymore would only grow in her acting abilities from that moment on; E.T. was the prodigious start for Drew Barrymore’s impressive film career.

There are some concerning parts in this film — particularly the ambiguous relationship between Leon (Jean Reno) and Mathilda (Natalie Portman) — but Natalie Portman’s performance is one of my favorites. I love her little personality and how unafraid she is to let it shine on screen. Portman isn’t afraid to truly go out all for her performance. She can break through dullness into originality and make the entire cast around her shine. I would even wager that this childhood performance rivals some of her later performances.

While I personally find Christian Bale pretentious and a bit of a dick, I can admit that he is one of the best actors in the business. This was evident even from a young age. One only needs to look to his performance in Empire of the Sun to see that. At the young age of 14, Bale had mastered the art of emotional acting much better than most actors today. He was able to integrate poetic glances and words into his performance. Every movement and every look was intentional. Bale shows in this early coming of age film that he is a master at his craft and that everything he does is deliberate.

Side note: I wish this Spielberg film got a lot more credit than it does.

Leonardo DiCaprio must have had his Ovaltine in his childhood because he turned into a superior actor. What’s Eating Gilbert Grape? is just one of many examples of his ability. Just a teenager, DiCaprio offered the best portrayal of an autistic character that I have ever seen. He was so skilled that when he showed up to the premiere of the film, people were stunned to see that he wasn’t actually mentally disabled. His performance as Arnie is by far the best performance I’ve ever seen by a young actor and I have yet to see someone who can surpass it.

Thanks for reading, and listening! What are your thoughts on top 10 performances as children from A-list actors and actresses? Comment down below!

[…] theory, double the Drew Barrymore should mean double the jokes, but The Stand In fails to achieve a script even a quarter full of […]

[…] favorites is the 2000 adaptation of the 1976-1981 television series Charlie’s Angel’s. Starring Drew Barrymore, Cameron Diaz, Lucy Liu, and Bill Murray, it was a modest hit when it was released into […]

I thought The Professional was a brilliant performance by Portman & Reno. Their portrayal of the concerning issues was handled deftly. That was great acting.

Shout out for 12 year old Nicholas Hoult in About A Boy.
And going back a while, Roddy McDowall was acting from the age of 9 in loads of films.

Ryan Gosling’s performance in Goosebumps has been snubbed

Agree with you on every one of these that I’ve seen. “The Professional” is a highly upsetting but also strangely moving film. Jean Reno was fabulous, but I’d totally forgotten that that was Natalie Portman.