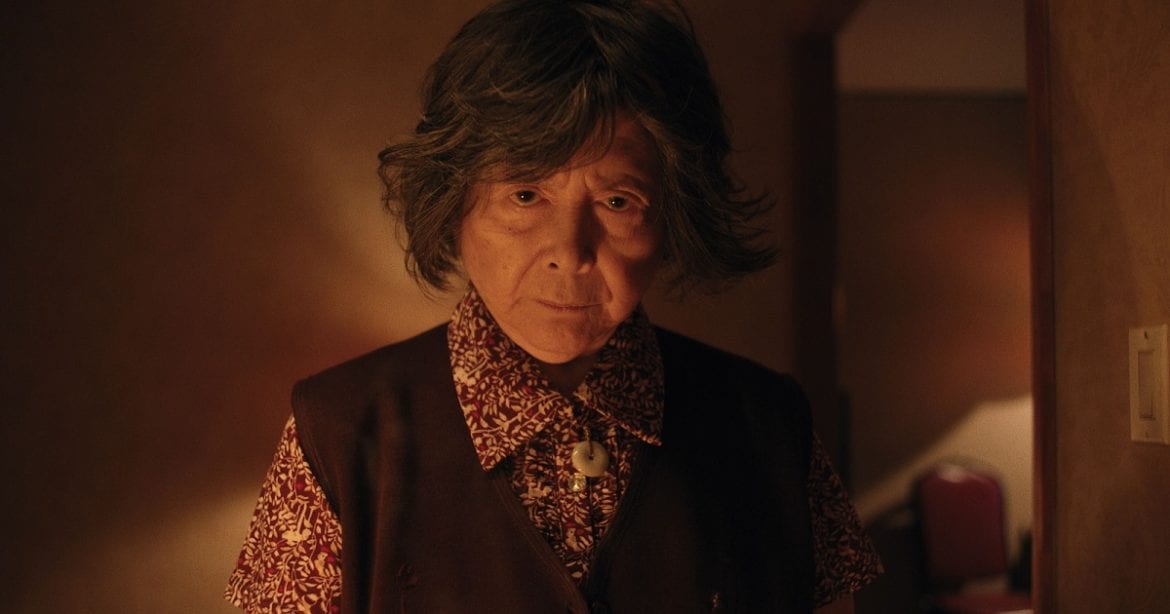 Lucky Grandma is the Chinese/American debut feature film directed by Sasie Sealy, and tells the story of Grandma Wong, an ill-tempered, chain-smoking, newly widowed Grandma eager to live an independent life in the bustling Chinatown of New York. Bestowed with promises of a day full of luck in her future by a fortune teller, Grandma decides to take her luck to the tables of the casino where she finds herself on the wrong side of the wrong people.

Sasie Sealy has taken an outrageous concept for a film and made it work; and it doesn’t just work, it works well. Lucky Grandma is a kind of heist/gangster mashup of a film that, on paper, probably wouldn’t seem like it’d work. However, Sasie Sealy took her script (co-written by Angela Cheng) and did everything within her power to prove Grandmas can still be badass.

Sealy directs this film with an almost nostalgic hand, harkening back to those gangster films of the past while still putting her own twist on the genre. Taking a familiar, often dull, and dreary genre and injecting a whole lot of comedy into the mix, Sealy has crafted an incredibly entertaining film. Having the audience in stitches one moment and then in shock the next, the fast-paced, quick nature of Lucky Grandma is one that is welcome. There is never a dull moment in this film, and this momentum is still held throughout the film without having a pace that could be considered breakneck, as the film still has a lot of mellow and heartfelt scenes.

Lucky Grandma isn’t a complex movie. It’s short and concise, it knows the story it wants to tell and it tells it straightforwardly. There’s no complicated subplots or deep undertones and themes; it’s just a story about a Grandma and her not-so-lucky escapades. This is why the film works so well. Sealy takes this wild story and shows it to the audience as it is. Sure, there are a few serious moments in the film, but for the most part, it’s just a movie that wants the audience to have fun.

The film also has a very simple, yet effective visual style. There are no crazy visual effects or insane lighting tricks here. For the most part — as far as my untrained eyes could tell — everything was by the books and in-camera. The cinematography of the film, by Eduardo Enrique Mayén, appears quite simple, but is very effective. From the warm and welcoming feeling given to Grandma Wong’s apartment, to the cold and somber look given off by New York’s Chinatown, the film has a very crisp feel to it. Similarly, there’s no crazy camera tricks or anything going on here, and that’s the way a film like this should be; just keep it simple. 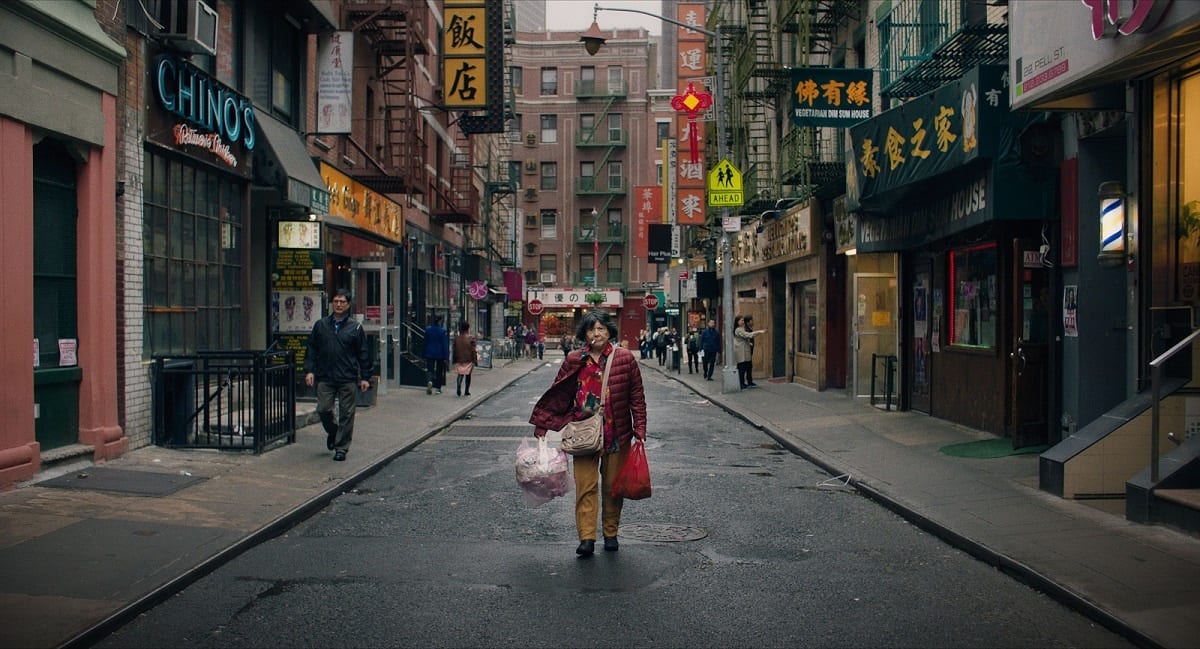 Lucky Grandma is also filled with a great lineup of actors and actresses; namely, Tsai Chin in the title role as Grandma Wong. Chin’s performance is one to be reckoned with, portraying a Grandma that you wouldn’t want to be on the wrong side of. Completely capturing the classic feel of the bad-tempered Grandma, Chin really shines here and looks like she had an absolute blast playing the character. Chin’s energy is felt throughout the entire runtime of the film (albeit quite short) and really adds to the excitement of each and every scene.

Next to Chin is Hsiao-Yuan Ha, portraying the big and cuddly Big Pong, Grandma Wong’s hired bodyguard. Ha gives so much life to this otherwise boring character. Although his screen time isn’t immense, he just about steals every scene he is in, with his subtle charm and caring smile. As well as Ha, you have Michael Tow and Woody Fu who play some hilarious, almost caricature versions of gang members that show up throughout the movie, making for some great interactions with Grandma Wong.

Not Always So Lucky

While Lucky Grandma is filled with hilarious moments, great direction, a smart and witty screenplay, and some excellent performances, it doesn’t always hit the mark. The film has a few moments that don’t quite kill the pacing, but do affect it quite a bit. While it’s only a handful of moments, they’re enough to hurt the film a little. Without going too in-depth, or into spoilers, the final 20 minutes or so feel like they were rushed, almost as if the production was short on time in the final days or something to that effect. I can’t be entirely sure. It felt like the film tried to become overbearingly serious within its final moments, which led to the film not quite sticking its landing.

While Lucky Grandma has a serious tone to it throughout as well as some fairly high stakes, it never felt like it took itself too seriously until those final moments. While the final moments of the film feel warranted and the ending is a bittersweet one, it’s all a little bit too dull compared to the rest of the film.

Going All In… Again

Lucky Grandma is an absolute blast, from start to finish. While it doesn’t quite finish as strongly as I would have hoped, the film takes an outrageous idea and makes it work. Keeping everything simple and grounded, Sasie Sealy has directed a knockout debut feature film. With some great performances, welcoming visuals, and a witty screenplay, Lucky Grandma is a film that everyone can, and should, enjoy.

Thank you for reading! What are your thoughts on Lucky Grandma? Comment down below!

[…] more would spoil the surprises that Jeffrey A. Brown has lined up in his feature debut. The writer/director has crafted an affecting horror that pays homage to many sources while […]

Loading...
Reply
'Babyteeth': A Vibrant, Yet Bittersweet and Transgressive Take on the Teen Cancer Dramedy | MovieBabble June 20, 2020 - 12:45 am

[…] anticipation builds even further when a director has achieved these incredible accolades with their debut feature film. So you could imagine when the opportunity to cover Shannon Murphy’s Venice award-winning […]