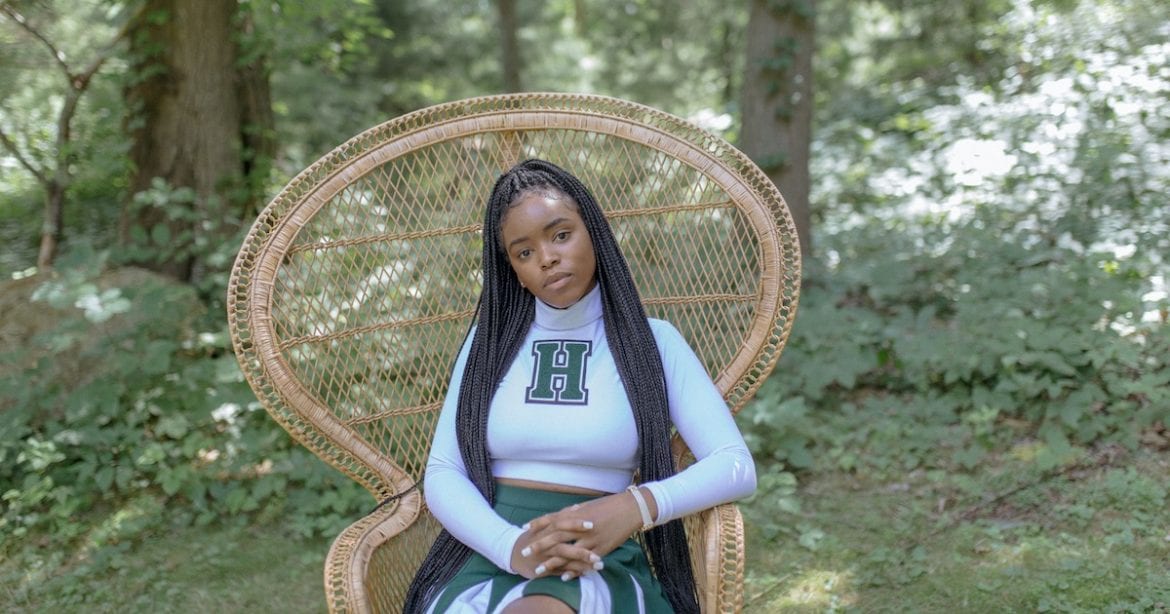 Every generation has their favorite high school movie. From Fast Times at Ridgemont High to Booksmart, seeing whipsmart or daffy teenagers played mostly by actors in their 20s traverse the difficulties of growing has made for some indelible moments in film history. You’ll never forget the first time you watched John Bender tell Principal Vernon to eat his shorts, or even when Cady wore pink for the first time on a Wednesday. There’s a reason why so many high school films return to the high school clique movie template.

As for Selah and the Spades, yet another high school movie centered around cliques, I strongly doubt any of its dialogue or imagery will reach icon status, but director Tayarisha Poe just might in the years to come.

Haldwell Boarding School is home to five distinct factions, each aiding students pursuing their vices. The Seas are comprised of rogue teacher’s pets, who will help you cheat your way through anything for the right price; The Skins, as you might expect, deal in anything gambling related; led by Bobby herself, The Bobbies host every illegal party on campus; The Prefects are the smooth operators with the school administration, keeping them totally unaware of the goings-on of the factions; and finally, The Spades, the clique responsible for providing all the drugs you could ever need.

As the title suggests, Selah (Lovie Simone) leads The Spades. Along with Maxxie (Jharrel Jerome) by her side to help with handoffs, procure supplies, and keep the books on the latest deals, Selah runs a ruthless enterprise. She expects the most from herself, and possibly even more from those around her. But there’s one problem: Selah has no one to pass her faction onto, and she is about to graduate at the end of the spring. Enter Paloma (Celeste O’Connor), a new girl at the school. Seeing her potential, Selah quickly takes her under her wing to groom her. 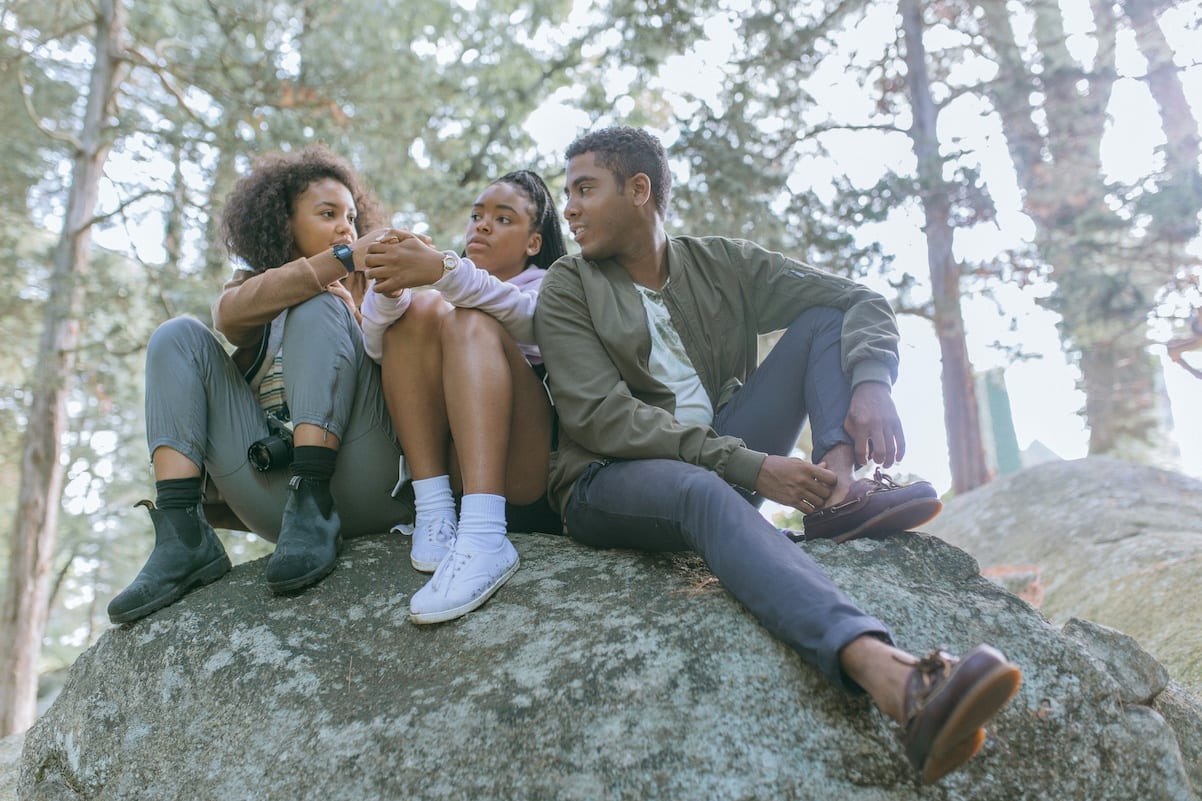 Selah and the Spades is mostly a mash-up of clique-centered high school films and mob flicks. The factions even come together like the meeting of the five families in The Godfather…except they meet in the woods behind the school to avoid getting caught by the administration. I love the film’s sense of reverence for mob material. All of the infighting, backstabbing, and behind-the-scenes dealmaking takes on a different feel than the usual cattiness cliques throw at each other. Each action takes on an added sense of tragedy. And the best part? Each person isn’t defined by their clique; they act like real humans and not one-note movie archetypes.

The central plot, that of Selah grooming Paloma to take her spot, unquestionably channels an aging patriarch looking for his successor to continue the family business. The only thing missing is Selah slapping Paloma across the face and grunting, “WHAT’S THE MATTER WITH YOU?!?!”

Selah and the Spades employs a lot of the usual stylistic flairs of the high school genre too, starting with narration and periodically having characters talk directly to the camera. Usually, a film with those techniques combined with similar material has a lot of quick edits, ten too many pop songs, and most likely an unbearable level of sass written by a 40-year-old white dude trying to sound current. An absolutely lethal combination if you ask me.

Tayarisha Poe goes the other way, utilizing plenty of long takes and a grounded perspective on the material. For the most part, Selah and the Spades is pretty self-serious, and the confidence with which Poe directs the film is really staggering. Especially considering Poe is a first-time filmmaker. The pacing is constantly steady, never in a hurry. Each directing choice — from an early scene where Selah talks to the camera intercut with in-line cheer choreography to a dance in the film’s final act — is very precise. Poe’s editor Kate Abernathy and cinematographer Jomo Fray deserves plenty of credit as well.

Poe also gets a few great performances out of her young cast, most notably the three main cast members, Lovie Simone, Jharrel Jerome, and Celeste O’Connor. Simone, who offered a terrific supporting performance in Pippa Bianco’s underseen Share, is tremendous as the queen bee of drugs. Interestingly, we learn Selah is essentially asexual. To her, relationships and all the drama associated with them merely get in the way. “I see girls crying in the bathroom, and it’s like, why bother? Why not just do things that keep you from crying in bathrooms,” Selah questions.

Jharrel Jerome and Celeste O’Connor are perfect screen partners with Simone. If his pivotal role in Moonlight wasn’t enough, Jharrel Jerome once again displays his effortless charm as Maxxie. He’s a great balance for Selah’s apathy as well as Paloma’s blank slate frame of mind as she ingratiates herself with The Spades.

The moral of the story: it would be wise to keep an eye on Tayarisha Poe. I wouldn’t be shocked if she was tapped by a major studio to work on a big-time project in the coming years.

Selah and the Spades‘ pain points mostly come from its writing, which relies on Poe’s impeccable direction to lift it up more often than not. Selah comes from a very strict household, evident by an icy conversation with her mom both on the phone and in person. Clearly, Selah’s need to excel above all else and her general lack of emotion both come from this tough love, or is an overwhelming cause. We’ve seen this idea played out plenty of times before; Selah and the Spades never gets to place where it adds a new wrinkle to this view. Or, at the very least, add a strong sense of specificity. The same goes for the other prominent characters, who all come from solid performances, but lack an innate profundity that will have them linger in your mind.

The final moments, while providing an emotional arc for Selah, Paloma, and Maxxie, also leave a few fairly important questions unanswered, almost as if an epilogue was cut out at the last second. Without another scene to effectively wrap things up, the last shot of the film isn’t a fitting conclusion. It leaves you wanting more without giving enough to satiate.

In all likelihood, you won’t find yourself in too many conversations centering around Selah and the Spades except, “Hey, that movie wasn’t too bad!” But it could absolutely be the movie that has you say, “Wait, all of those insanely talented people were involved in this movie???” Selah and the Spades is the beginning of better things to come in the future. Primarily Tayarisha Poe, but also the talented, young cast.

Thank you for reading! What are your thoughts on Selah and the Spades? Comment down below!

[…] the establishment using their own product in Du côté de la côte, and pushes her style to new experimental heights with L’opéra-mouffe. Let’s dive in, shall […]

[…] to review it, and I am bummed I didn’t have more positive things to say. I think Lawrence has an interesting career ahead of him, and I think he’s a really good writer with great ideas. I just wish he had amped up Uncle […]

[…] is very precise, which has me interested in what she does next. Much like Tayarisha Poe’s Selah and the Spades, Clementine is a perfectly solid debut, but what’s coming next for Gallagher has me very […]