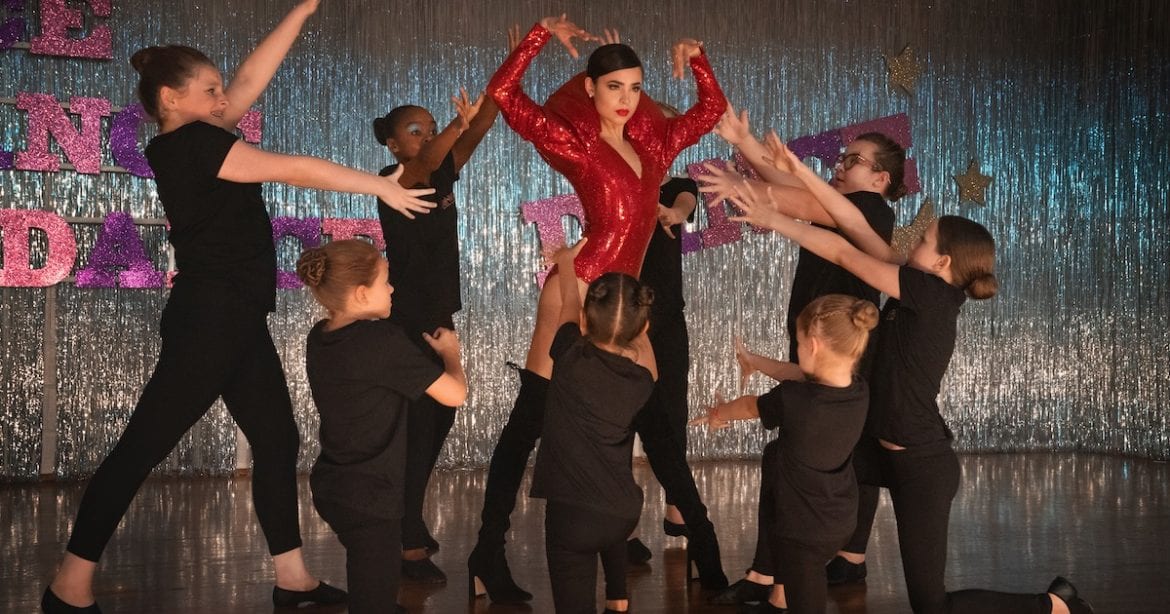 Looking for a cinematic pick me up? Feel The Beat throws a bunch of feel-good genres into a blender, and delivers 90 minutes that should put a smile on 99% of faces. (There’s just no pleasing some people.)

April (Sofia Carson), an aspiring Broadway star, finds herself out of luck and out of work. Without many options, she goes back to her home town to recover with her dad (Enrico Colantoni). New Hope, Wisconsin is the sort of folksy small town that Hallmark heroines learn lessons about life and love in. The sort of place where “when you’re down on your luck, there will always be someone to leave a casserole on your doorstep” is always very possible. And to make sure you know it’s Wisconsin, we’re introduced to the town via a local newspaper with a cow on the cover, while a character eats cheese like it’s a chocolate bar. (As a European, Wisconsin seems to be second only to Texas for “easy shorthands to tell you which state this is set in”.)

It’s all very Hallmark in the way that the “Big City girl learns lessons about love and life in a small town”, with the obligatory handsome slab of beef for an eventual love interest (Wolfgang Novogratz), but it does it with a much more charismatic cast than the average Hallmark movie. Netflix seems to have cracked the formula for Hallmark-esque charm; to be honest, most of their Hallmark-esque products are better than the ones Hallmark creates itself.

April then meets up with her old dance teacher, (Crazy Ex-Girlfriend‘s Donna Lynne Champlin) who rather handily is entering her kids in a dance competition whose final is being judged by a Broadway bigwig. April seizes the opportunity to become the kids’ coach with an eye on getting an in with the aforementioned producer.

The kids, of course, are a ragtag bunch of misfits ™ who the hardass coach has to whip into shape. Fortunately for the viewers, the kids are uniformly likable. Director Elissa Down coaxes great performances out of a mostly brand new group of young actors. They never feel like they’re acting; they’re very natural, relaxed, and easy to root for. 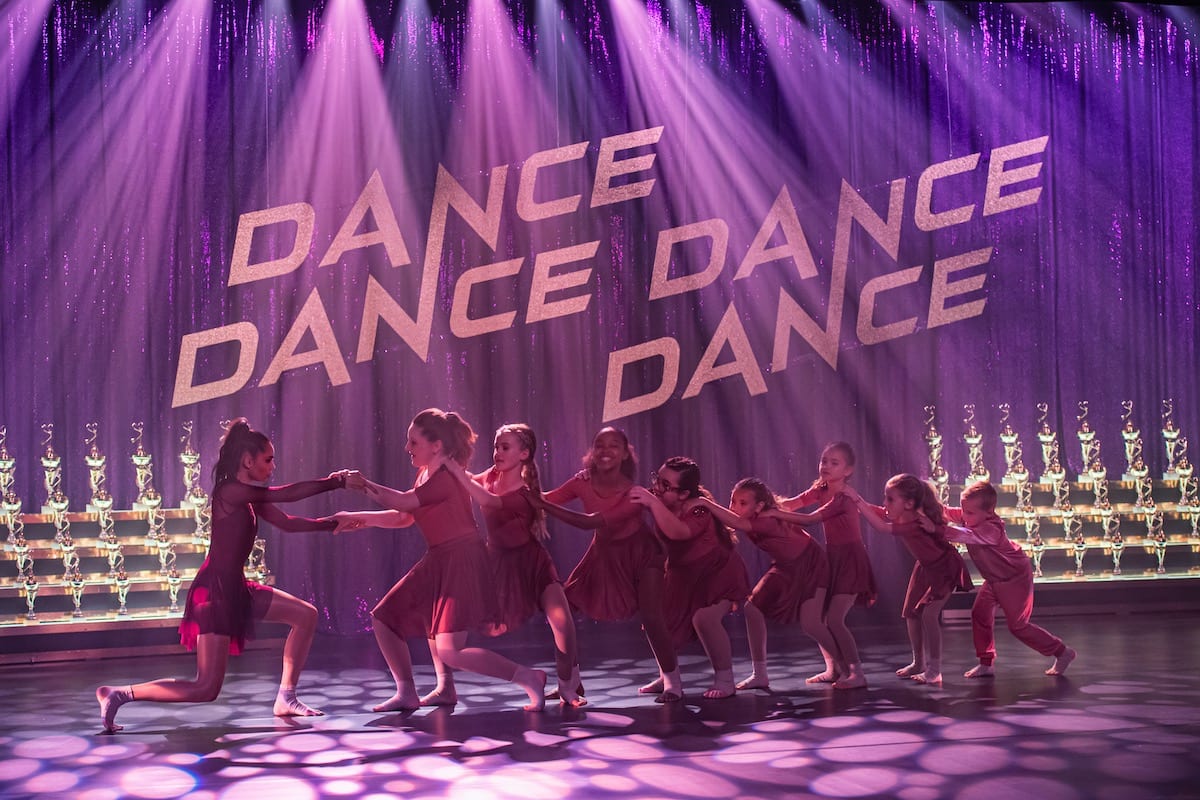 From an initial caricature of folksy charm, Feel the Beat settles into an easygoing groove that is infectiously cheerful. Ironically, given its lead is a Disney Channel graduate, what the movie doesn’t do is become cheesy or forced like High School Musical. Okay, maybe it’s a little cheesy. (This is Wisconsin, after all.) But there’s a lived-in quality to Feel the Beat that sells the story. That, and it’s not afraid to poke fun of anyone taking a kids dance competition too seriously. Some parts wouldn’t be out of place in a Christopher Guest mockumentary.

To get to the finals, they have to make their way through heats a la Cheer, with plenty of dance montages and musical numbers where they bond, learn lessons and…you know, I’m making this sound like the cinematic equivalent of a “Live, Laugh, Love” poster — but it’s so much better than that! The reason Feel the Beat is better is because it commits one hundred percent to entertaining the audience in the way it can. The cast looks like they’re having a ball.

The “local, regionals, nationals” set up lends itself well to comedy, giving the writers an easy sketch framing device. It also means that each kid gets their chance to be front and center, which the film handles very well. Yes, there’s a couple of cliché obstacles, but what’s refreshing is the clichés that aren’t present. There’s no “dancing is for girls” awkward parent. No “the coach fighting with the star of the team”.  No “contestant forces their way through an injury in dramatic fashion.” (It even subverts that last cliché very niftily.)

Which isn’t to say that Feel the Beat is groundbreaking. You can point at any part of it and go “Oh, it’s like The Bad News Bears” or “that’s a bit like Always Be My Maybe“, but it never loses its own identity. It might borrow some bits, but it borrows the good bits and the cast makes them work for this particular story.

Feel the Beat is only Elissa Down’s third movie, and I look forward to seeing more from her. Streaming is the perfect place for this sort of low stakes crowd-pleaser and hopefully, it doesn’t get lost in the mix. You could do a lot worse on Netflix than filling your evening with it.

Thank you for reading! What are your thoughts on Feel the Beat? Comment down below!

[…] from a Boom Box” is like the “Live, Laugh, Love” of the dance world. It’s sappy and overly sentimental, especially when you abbreviate it is B-FABB. Might as […]

‘Final Set’ Has Enthralling Drama, Both On and...