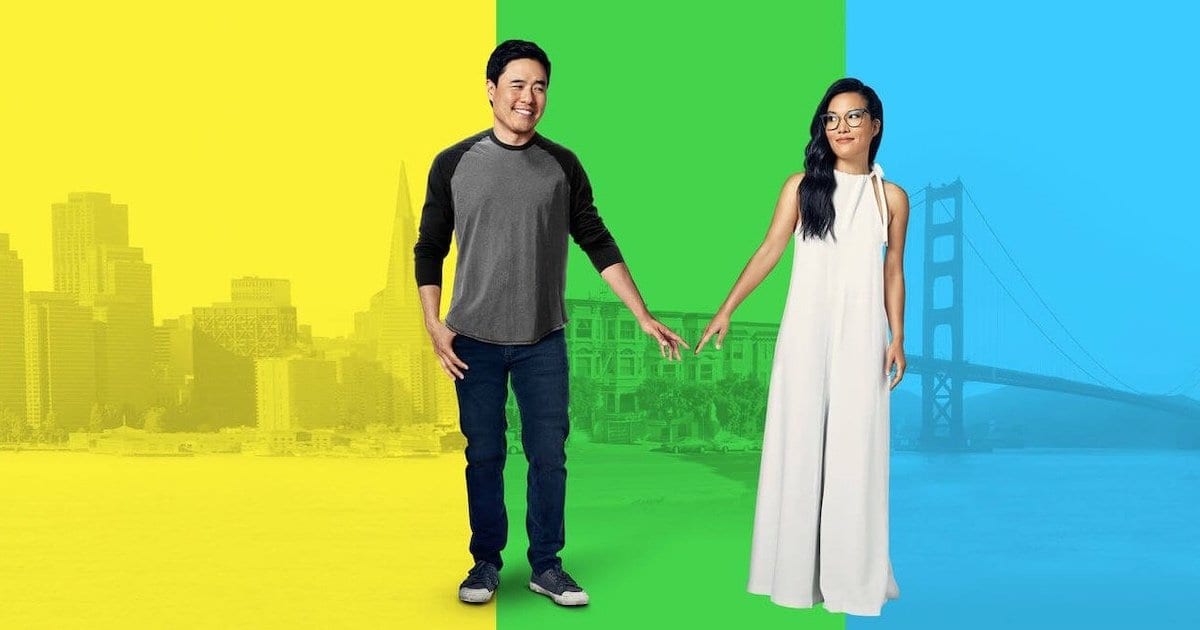 Netflix’s new romantic comedy offering, Always Be My Maybe, is a story written by its stars: real-life friends Randall Park, and Ali Wong. According to interviews the two have done in support of this film, many of the scenarios and jokes featured come from real life. Sometimes, having the same people write and star is a bad idea, but that is not the case here.

The dialogue has an authenticity that only people who’ve known each other for years could convincingly pull off. The resulting story unfolds with all the awkwardness, humor, and touching moments life has to offer. Netflix is churning out so many original movies these days, it’s hard to keep up. However, with its (mostly) realistic story, and flawless cast,  Always Be My Maybe is worth a stream.

Marcus (Park), and Sasha (Wong) were childhood best friends, sharing just about every experience. Then, they had a falling out, and lost touch for 16 years. In the present day, Sasha is a renowned celebrity chef, engaged to Brandon Choi (Kim), a manager/promoter who helps run her empire. Sasha returns to her hometown of San Francisco to open her newest restaurant, and (quite) unexpectedly runs into Marcus. Marcus is living and working with his father (Saito), and still playing gigs with the band he formed shortly before he and Sasha lost touch.

They have been headed down diverging paths for so many years, Marcus and Sasha find it hard to relate to each other in the present day. Even after the ice is re-broken, there is still a disconnect with how these characters view the world. It is interesting to watch this tension play out, as it makes the “will they, or won’t they?” element far less predictable. This is not your average rom-com. For many reasons.

Let’s Address the Keanu in the Room

We might as well get this out of the way first, since it’s all anyone can talk about in relation to this movie. Yep. Keanu Reeves’ appearance as a (hopefully) exaggerated version of himself. He eats pretentious meal-adjacent food, speaks in buzzwords, and (not so) casually points out he’s better than you. For example: he claims his childhood crush was Mother Teresa. Basically, this Keanu is a Facebook comment section in human form. In fact, people who act like him are why I am currently on something of a social media hiatus. That’s a story for another time.

Reeves’ role was initially referred to as a cameo, but I feel he contributes too much here to classify it as such. It’s more of a smallish supporting role, really — except, there are no small parts when you’re John flippin’ Wick. I don’t want to give away too much of what happens, and I don’t want to oversell it. However, at the risk of doing the latter: you want to see this!

Oh, and stick around for the closing credits! The face that launched a thousand memes and gifs. Image via Netflix.

Perhaps, in some utopian future, we won’t have to point these things out anymore. In 2019, though, it is still important for people who don’t normally see themselves in movies, to… see themselves in movies. Especially those in their formative years, such as my part-Filipina daughter. Always Be My Maybe is a good movie on its own merits, no matter what the actors look like. However, what its very existence means for Asian Americans is major, and has not gone unnoticed.

Ali Wong has stated that she wanted all of her (Vietnamese-American) character’s love interests to be of Asian descent. In fact, Sasha hooking up with Reeves was done, in part, because Wong reportedly wanted to “reclaim” him. Well, and also, because she wanted to kiss him, and Daniel Dae Kim. You see, Reeves is apparently thought of as “white” by most casting agencies, but he also has Chinese and Hawaiian ancestry. Seeing him as all of those is important. Realizing Keanu Reeves is really the only immediately recognizable, “Hollywood A-List” actor who fits the description, is troubling. 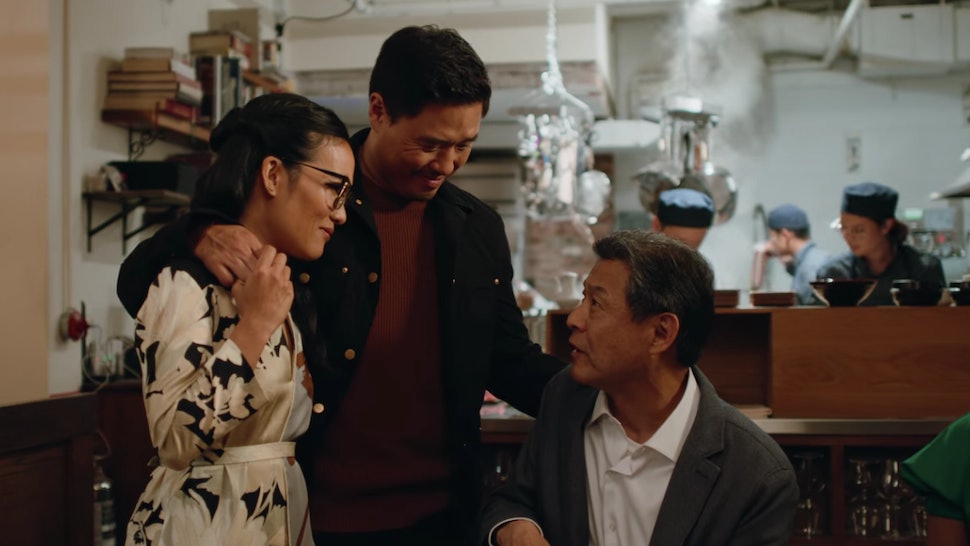 Yes, Sasha is Vietnamese, and Marcus is Korean, which is remarkable for lead characters in a U.S.-produced romantic comedy. However, it should also be noted that the supporting characters are an absolute rainbow. An array of skin tones, ages, body types, and sexualities are featured in this movie, but never to the point of pandering. These are not “token” characters, in forced situations. These are the friends and family these characters would really have, coming from a densely-populated, diverse city like San Francisco.

Where this film also succeeds, is in not being so specific, that people of different backgrounds can’t relate. The themes of love, loss, embarrassment, growing up, and growing apart, are ones that most viewers will nod along with. Granted, a character like Jenny (Bang) may feel fabricated to, say, an elderly person in West Virginia. For someone like myself — age 40, born and raised in Northern California — Jenny rings very true. However, a viewer from either locale (or any other), can still relate to Sasha’s struggle to interact with someone so different from herself. That part is universal. And that is the magic of this movie. You gain a perspective you may not have had, but you can still see yourself.

You know a Jenny. At least online. Image via Grist.

The Kids Are All Right!

I cannot let you go without telling you how charming the kids in Always Be My Maybe are. From the very first interaction between the 12-year-old versions of Sasha (Miya Cech, from Rim of the World), and Marcus (Emerson Min, from Black-ish), there is great chemistry. Young Marcus arrives at latch-key-kid Sasha’s front door, to invite her over for soup. He then goes off on a small tangent about having to take leftovers to school in a Thermos, and how he doesn’t want to be the kid with the Thermos soup. Which is why he wants her to come over and have some (he also obviously enjoys her company).

Sasha responds by closing the door in his face… only to quickly reopen it, and let him (and us) know it was done in jest. “What if I really did that?,” Sasha asks. “I thought you just did that,” responds a slightly stunned Marcus. They are completely believable as best friends who live next door to each other. In fact, I grew up with a male best friend who lived across the street, and our rapport was quite similar. I hope to see these young actors in other projects, because they are an absolute joy to watch. 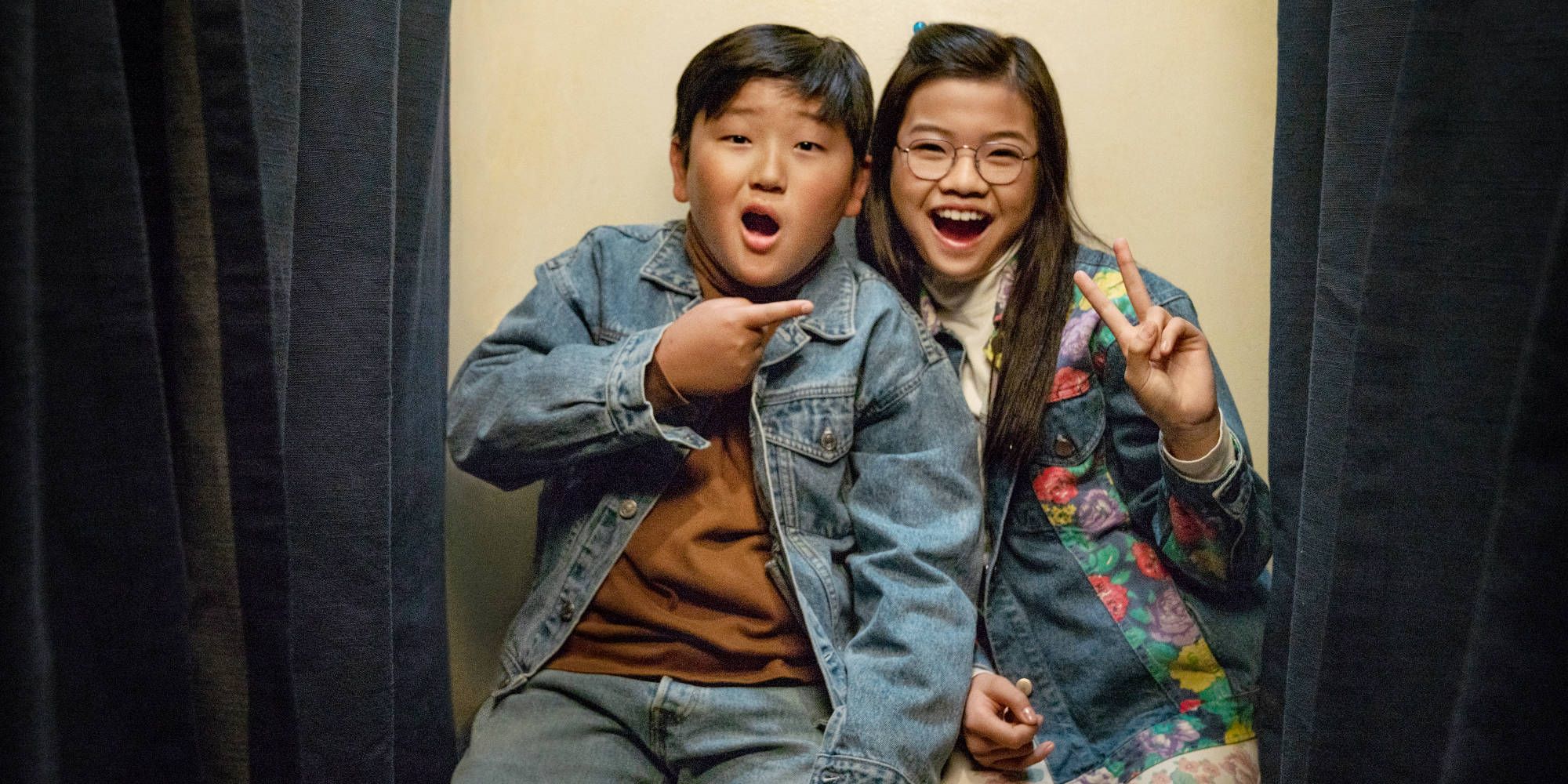 Always Be My Maybe has a lot going for it, which feels good to say about a streaming service offering. It being on Netflix will lead to more people seeing it, which is definitely a good thing. This movie is a fresh take on many of the rom-com tropes we’ve seen so many times. It borrows from them, but adds its own unexpected flavors. There are hilarious moments, touching moments, and even genuinely surprising ones. There is, perhaps, some schmaltz mixed in, but that is to be expected (and forgiven) in this genre. For a rom-com, though, it keeps the groan-worthy stuff to an impressive minimum.

If nothing else, come for the raps, and Keanu Reeves. And the rap about Keanu Reeves! There is more I could tell you, but I don’t want to spoil your appetite. Enjoy!

Pretty much me watching this. Image via Netflix.

Thank you for reading! What are your thoughts on Always Be My Maybe? Comment down below!

A Decade Since ‘No Strings Attached’ and ‘Friends with Benefits’: A Look Back on the Thirstiest of Twin Films | MovieBabble January 23, 2021 - 11:11 am

[…] time that caused more people in their twenties to reject the idea of growing up and settling down, with romantic comedies keen to reflect that. It didn’t take long for other industries to latch onto the shift in […]

[…] 1990s, from the knockout Patrick Swayze performance to the downright hilarious line readings from Keanu Reeves. (I’M. AN. F. B. I. AGENT!!!) Sure, the film didn’t create the visual of crooks using […]

I’m glad you loved this one! I hope Netflix churns out more like this. It wasn’t perfect but it was so much fun to watch. That song in the credits, too!

My friends and I watched this movie last weekend and spent the whole thing hooting with laughter. It’s very very rare that Rom-Coms execute the formula so well while also being so so so so funny.

It really is genuinely funny, isn’t it? I was surprised, to be honest. “Rom coms” are usually not really my thing, but this was a great comedy in general. The more touching moments were also really well done.