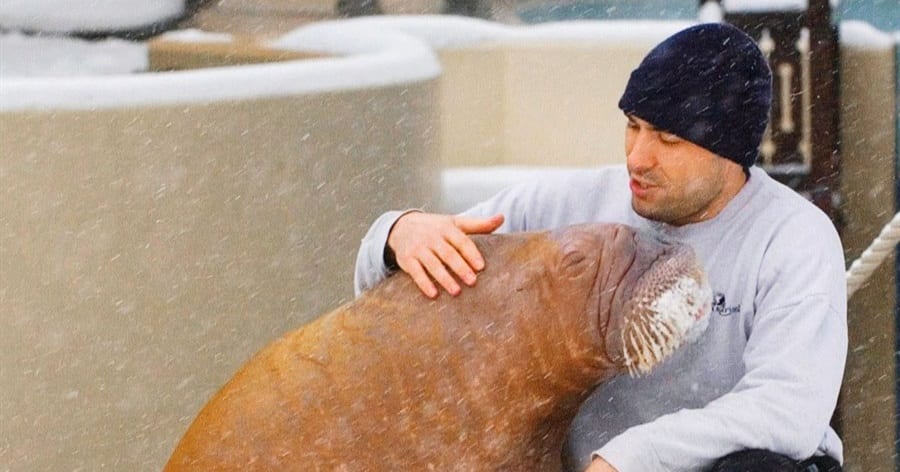 Check out the rest of our coverage of the 2020 Melbourne Documentary Film Festival:

The Walrus and the Whistleblower

Nathalie Bibeau’s portrait of a man defending his animal friends may sound like a Disney movie upon first glance, but becomes an incredible tale of legal battles, animal abuse, and global intrigue. Phil Demers used to train different animals at Marineland, a Sea World-type amusement park in Niagara Falls, Canada. After he discovers all the animal abuse happening behind the scenes, he quits and starts bringing attention to the mistreatment of these animals, particularly Smooshi. Smooshi is a walrus who imprinted on Phil when she was brought to Marineland years before, and the inspiration behind his fight is his transcendent bond with Smooshi.

This documentary does something that to me, every good documentary should. Bibeau took a niche topic, granted one that has been in the news in the past few years. Regardless, she takes a niche topic that isn’t incredibly well-known, and takes a deep dive into it to expose a huge societal problem that simply isn’t getting the media attention it warrants. She uses Phil Demers as the doorway into this world: a charismatic, rebellious, passionate animal rights activist. In no way does Bibeau paint him as a saint or beyond reproach, but rather as a guy who found himself in a tough spot and decided to do the right thing. A lot of the choices she makes, like highlighting his marriage and home life in conjunction with his nationwide legal battles, show that ultimately, he is just a guy trying to do something good for the world.

The technical choices in this documentary, from the music to slow-motion shots to archival footage, are great and really highlight how both huge and small Phil’s day-to-day life is. In one shot, he is testifying in the Canadian Parliament, and in the next, he is doing his mail route. Nothing is amazing or grand about fighting for the right thing, especially against a corporation that wants you to stay silent.

Ultimately, this film gave me a glimpse into a world I don’t have a lot of exposure to, which I love in a documentary. The Walrus and the Whistleblower, Smooshi and Phil, are two lovable characters and creatures who deserve the best. But, sometimes the best doesn’t come as quickly as we want. That doesn’t mean the fight isn’t worth fighting.

Directed by Lisa Burd, Let’s Talk About Sex follows Julia Sloane, one of the Real Housewives of Auckland, as she educates herself and others about sexuality, gender, and relationships in New Zealand and Australia.

While sometimes gearing a little more to the heterosexual side of things, I think Burd managed to put together a really informative and interesting piece. Sloane talks to a brothel owner, a trans-sex-work activist, a sex shop owner, and even her own conservative parents. It’s a sort of marker of progress, and I think ultimately it does what it sets out to do.

There are moments of humor, which I think can be owed entirely to Sloane, who manages to be respectful, charming, and a great sounding board for these interesting characters to talk about their passions and how they relate to sex.

Overall, this is a great documentary that manages to expose its audience to taboo subjects in a comfortable way. I highly recommend this one.

This Film Should Not Exist

CW: This documentary contains some offensive language and heavy drinking.

This documentary, made by Gisella Albertini, Massimo Scocca, and Nicolas Drolc, follows the Country Teasers, a country-post-punk band, on a European tour in the 1990s. Ben Wallers, the enigmatic frontman, is profiled heavily throughout, and the film revolves around him and his musical genius, as others put it. The filmmakers use archival footage from the tour itself, where the band plays in dingy bars, smokes a lot of pot, and of course drinks an excessive amount. Simon Stephens, Ben’s guitarist and friend, is interviewed, as well as some other very influential musicians on the Country Teasers, Datblygu and the Oblivians.

The editing in this documentary is absolutely spot-on, and does an incredible job of going back and forth between present and past without there being any obvious disconnect, which is hard to do. It’s also nice to see that the punk rockers of the 90s and the musicians and artists they turned into still have the same spirit, just a little worse for wear. The band members are all still friends, and genuinely care for one another. There is no ego, even though these people are all pretty popular in their respective circles, which is great to see. The editing really helps to connect the past and present in this way, and I think it’s an excellent use of the archival footage.

After watching this whole film, I don’t really understand the title. Regardless of any nomenclature issues, however, this is a knockout piece that has great characters and excellent music to ground a story of artistic genius.

Unfortunately, this documentary does not live up to its title. Joshua Belinfante, the narrator and filmmaker, started with a really interesting idea of going around the world, which ended up being mostly Sweden and his home country of Australia, to find people who are the best at what they do. He ends up finding interesting people, but very few of them have the credit to back up what they are the best at. The first subject claims to be the world’s best town planner, who has never planned a town, and got some attention for putting up “Requires Review” signs on things he didn’t like about his town. Then, there’s a guy in Sweden who claims to be the world’s best banana griller, but surely someone in, for example, Peru, where a staple of their diet is plantains, might be able to beat him.

Some genuinely interesting people are interviewed, but Belinfante oscillates too much between genuine curiosity about these people and making it all relate back to himself, in a near-death quest to be remembered. It’s hard to write a concise review because I don’t think I have all the relevant information. Belinfante was diagnosed with a tumor that will kill him, we are told at the beginning of the film, but by the end, it has thankfully been operated on and declared benign, so I guess he is not going to die. This is good! But, it was never clear what his status was either way, and I don’t think it’s fair to bait that this is a dying-wish film and then be okay by the end of it.

I am frustrated with this film, because had Belinfante done more research, traveled further, or even decided whether this film was about himself or his subjects, his thesis would have been much more tangible and would have made a more enjoyable film. His subjects deserved better than this selfish attempt at being remembered.

Thank you for reading! What are your thoughts on the 2020 Melbourne Documentary Film Festival: Virtual Edition Mini-Reviews – Part 3? Comment below!