Romantics Will Fall in Love With ‘All the Bright Places’ 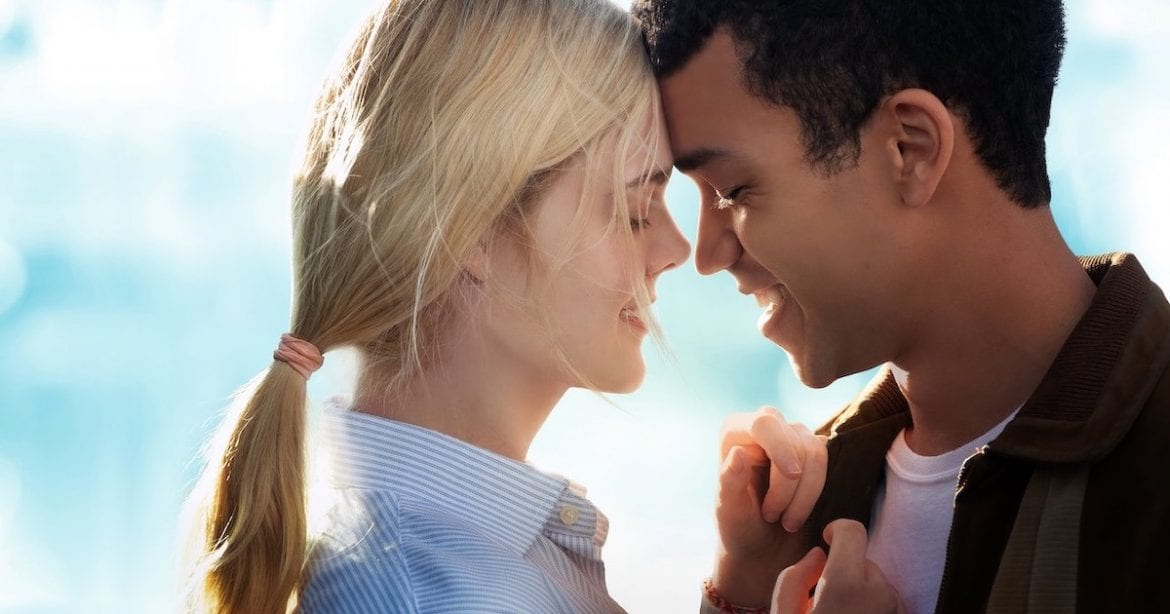 “Only one is a wanderer. Two together are always going somewhere.” Located at the intersection between mental illness and young love, Brett Haley’s All the Bright Places (2020) will be worth a visit from any fans of romance. Adapted to Netflix from Jennifer Niven’s bestselling 2015 novel of the same name, the teen drama marks yet another early-in-the-year grand slam for the increasingly prestigious streaming service after Lana Wilson’s Miss Americana (2020). With a screenplay by Liz Hannah and Niven herself — who now counts herself among the same class as the multitalented Gillian Flynn after Hollywood trusted her enough to adapt her book into David Fincher’s Gone Girl (2014) — Elle Fanning stars alongside Justice Smith. Taking a page out of Margot Robbie’s playbook in Cathy Yan’s Birds of Prey (2020), Fanning is also credited behind the camera as a producer. Together with Hannah and Niven’s writing, these women balance out this male-directed production with sensitivity to feminist theory.

The cinematic love story is a tale as old as time and a song as old as rhyme, and All the Bright Places sings it note for note.

Set in a small Indiana town, bipolar high schooler Theodore Finch (Smith) is out for a run one morning when he finds a depressed classmate named Violet Markey (Fanning) standing at the edge of a bridge, obligating him to talk her down off the ledge. Learning that Violet is suicidal because of her sister’s death in a car accident, Finch’s depressive obsession with death leads him to a fixation on saving Violet from herself. When a teacher assigns a project wherein Violet and Finch must travel to various historical sites throughout their state, the two students fall in love…as couples do in this kind of movie.

What All the Bright Places Does Best

To begin, the humor of the dialogue is written in such a way as to develop Smith’s romantic lead as obnoxious and off-putting. Indeed, he comes across as nigh unlikable, which is why he is so sympathetic. As desperate to rescue Violet as he is desperate to be rescued, their love is the greatest love Finch has ever known.

As for Fanning, she calls to mind Timothy Hutton in Robert Redford’s Ordinary People (1980) as well as Jennifer Lawrence in David O. Russell’s Silver Linings Playbook (2012), whose characters also mourn for loved ones following deadly accidents. These self-destructive sufferers of survivor’s remorse fall for fellow cases of the living death that is mental illness. It gives them something to live for, even though their grief is a pain to die over. That being said, All the Bright Places does not so much make a spectacle out of Violet’s emotional disorder (which films about disabled women are prone to do) as it strives for a catharsis behind the agony of her healing.

And the interracial dynamic between Finch and Violet charges All the Bright Places with even more representational subtext. While it is never explicitly addressed here, what lovers are more star-crossed than a black man and a white woman? But All the Bright Places does as well not to exploit white supremacy as it does to understate Violet’s depression.

Like All the Bright Places, James Cameron’s Titanic (1997) opens with Leonardo DiCaprio stopping Kate Winslet from jumping to her death, then closes with her living life to the fullest. Fanning traces Winslet’s arc from damsel in distress to self-preservationist as adeptly as Vivien Leigh initially charts Scarlett O’Hara’s course from Southern belle to cutthroat matriarch in Victor Fleming’s Gone with the Wind (1939). To be sure, All the Bright Places runs the risk of subscribing to the toxic myth that women need men to protect them, or that men need women to rehabilitate them. Blessedly, it avoids both through its thematic interrogation of independence versus codependence in healthy and unhealthy couples.

Next up is Bradley Cooper’s A Star Is Born (2018), where a depressed Lady Gaga becomes enamored with a psychologically diseased Cooper. All the Bright Places even ends the same way as William A. Wellman’s 1937 and George Cukor’s 1954 incarnations of A Star Is Born. Without a doubt, the three remakes of A Star Is Born have stood the test of time as a watchable filmic template due to its inherently melodramatic pathos. However, All the Bright Places is more evolved because Finch and Violet eschew narcissistic inter-partner abuse and jealousy in favor of a more tragic mutual assured destruction.

All the Bright Places is a romance without a happily ever after, because nothing about mental illness is a fairytale. It is for that reason that it is an ethical mental health narrative, because not only is it realistic, but it also guides its young, impressionable target audience toward other sources of fulfillment when relationships face hardship. Most importantly of all, it finds a way to be romantic without romanticizing its more unromantic elements.

Thank you for reading! What are your thoughts on All the Bright Places? Comment down below!