‘Moxie’: A New High School Movie for a New Era 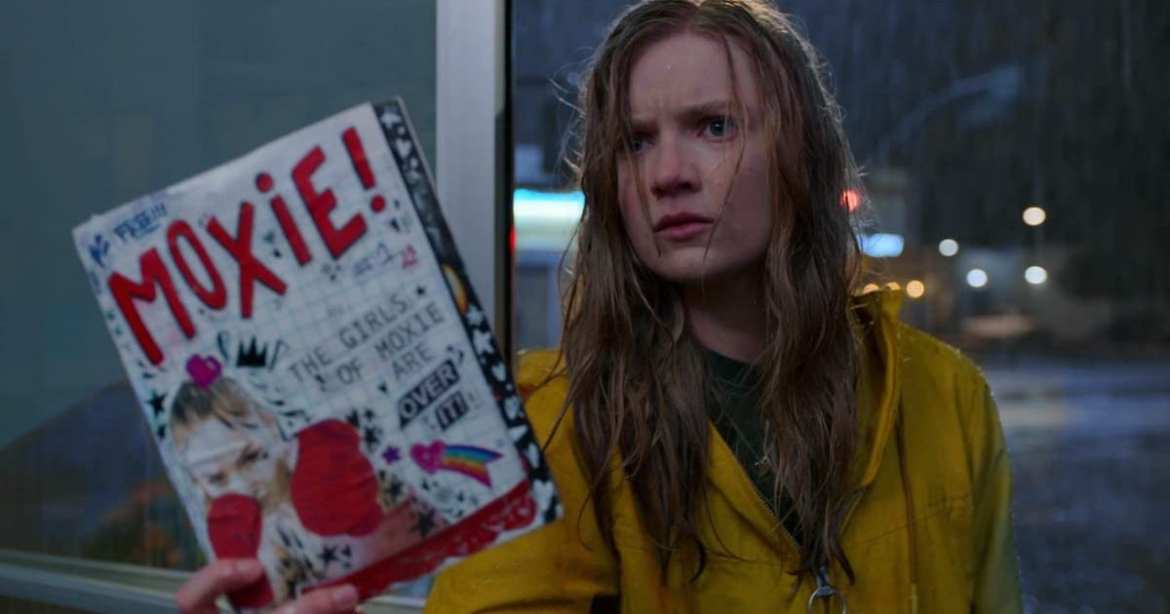 High school movies are a dime a dozen. Though the specific narrative, characters, and details will vary, the genre, for the most part, is pretty cookie-cutter. The new Netflix film, Moxie (based on the book of the same name by Jennifer Mathieu), from the outside, looks like just another teenage movie. I was surprised to see nuances and details which added new layers to how the adolescent experience is portrayed in film.

A Genre Mix That Actually Works

Moxie is both a feminist tale and the coming-of-age story of a young woman who finds her voice. Vivian (Hadley Robinson) would rather shrink into the crowd than stand out. The one person she stays away from at all costs is Mitchell (Patrick Schwarzenegger). Mitchell is your classic jock/bully who thinks that he is all that. When his antics finally get to Vivian, she secretly starts Moxie, a feminist magazine. When push comes to shove, she has to make a choice: either reveal that she created the magazine or stay silent.

I’ve seen a good number of high school movies over the years. When the protagonist is female, the film is usually about finding and/or maintaining a romantic relationship. Which is fine in and of itself, but it is both generic and lazy. It is also problematic, reinforcing the idea that a female’s worth is solely based on her ability to be someone’s significant other.

What Moxie does is use the template as a base while loudly and proudly coloring outside of the lines. Though Vivian does get involved with Seth (Nico Haraga), the main thrust of the narrative is not about Vivian finding a boyfriend. It is about fighting back against the accepted sexist and misogynistic culture that exists within the student body.

Moxie is yet another time Amy Poehler has played the mother of a teenage daughter. In Mean Girls, she played the mother of Regina George (Rachel McAdams). Mrs. George is a parental caricature. She is more interested in hanging with her daughter’s friends than being a mother. On the other side of the coin, Lisa, Poehler’s character in Moxie, is a more realistic image of what it is like to be the mother of a sixteen-year-old girl.

When Lisa was her daughter Vivian’s age, she was a riot grrrl. Though Lisa has changed in the intervening years, she is still a feminist. Raising Vivian alone since her divorce, her parenting style is teaching her child to stand on her own two feet. She does not discourage Vivian from dating, nor does she abstain from dating herself. Lisa’s greater concern is that her daughter is happy, healthy, and thriving. Whether or not she has a significant other is way down the priority list.

Patrick Schwarzenegger Is the New Antagonist With an Old Twist

Every generation of on-screen fictional teenagers has their baddie. Moxie’s baddie is Mitchell (Patrick Schwarzenegger, son of Arnold), the captain of the football team/BMOC/all-around jerk. When new student Lucy (Alycia Pascual-Peña) rejects his advances, he takes it as any other neanderthal male with a Gaston-like mentality would. He decides to use every tool in the asshole handbook to make her school life miserable. Other girls might shrink and give in, but not Lucy. She is going to fight back.

I wish this film had come out when I was in high school. It would have been a revelation. Though it is aimed at a younger audience, the message reverberates well beyond those in their teens. If these girls on-screen can collectively stop a boy like Mitchell, it gives me hope that real men who think like him will one day be a thing of the past.

Thank you for reading! What are your thoughts on Moxie? Comment down below!

‘Terminator: Dark Fate’ Condemns the Franchise to an...