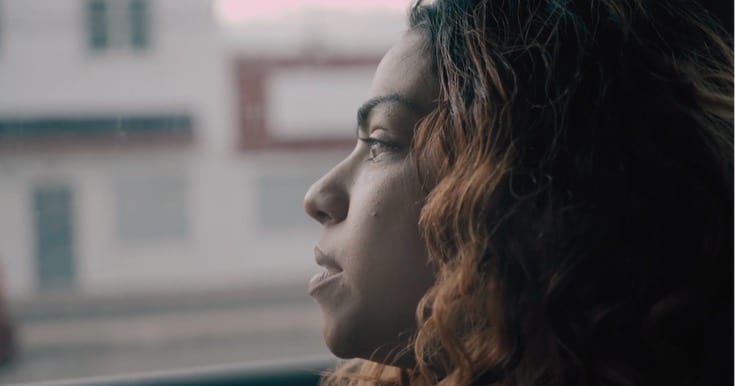 Check out the rest of our coverage of the 2020 Melbourne Documentary Film Festival:

Even though the Syrian refugee crisis is now over a decade old and has since become part of the largest movement of refugees in modern history, we still need a constant reminder of the toll it takes on humanity, which is precisely what Paradise Without People strives to accomplish.

Starting in the same Greek hospital, Paradise Without People documents the lives of two unconnected women, Taimaa and Nour, hoping to raise their newborn babies (and the rest of their families) in a safe environment, far away from the atrocities taking place in Syria. Their journeys start in different refugee camps in tents, waiting for their fate to be decided while they attempt to care for their newly born children. They pray they will be assigned a good country following their processing, each hoping to live in Germany.

Sadly, only Nour gets her wish, as Taimaa is sent to Estonia where their religion is hardly recognized and the climate is harsher than her family is used to. Paradise Without People isn’t exactly offering a ringing endorsement of Estonia with Taimaa and her husband Mohannad consistently criticizing the country and attempting to leave at all costs, but the tragedy in the situation lies in each family’s complete lack of autonomy. Whether they ended up where they wanted to or not, the decision was entirely out of their hands, and their lives were in a constant state of flux throughout. Indicating that, besides the tragic crimes against humanity taking place in Syria, one of the biggest crimes committed in the refugee crisis is the inability of millions to live their lives with any sense of stability or freedom, which will surely reverberate for generations.

The documentary doesn’t offer much in terms of solutions, but it also didn’t have to. Showing the toll this process takes on the individual is more than enough.

As a native Philadelphian — why yes, I trust the process, thanks for asking — the stigmas surrounding the city of Camden, New Jersey (just on the other side of the Delaware river) were very prevalent growing up. It’s almost as if many had entirely given up on the area, casting it aside as a doomed situation incapable of fixing. The opening moments of Higher Love confirmed as much, playing audio from a local radio station mentioning the demise of the city. Sadly, when the general public views a situation as doomed, far more flee than come to help.

Higher Love details Camden’s piece in the opioid epidemic through Daryl Gant, a printing press operator struggling to help his girlfriend Nani, who is severely addicted to crack and heroin while pregnant with their son Darnez. Early on, we thankfully learn Darnez is born healthy (surely one of the biggest sighs of relief I’ve had all year), but the fact remains he needs as much nurturing as possible to thrive in such a harsh environment. Nani often runs off with her “drug family”, getting high for days on end while Daryl attempts to track her down. Elsewhere, their friend Iman, once a kingpin in Camden, works on his own path to sobriety, acting as another example of the alienated people in this area.

Director Hasan Oswald manages to focus on individual and the whole, using these relationships to tell an intimate story of addiction that acts as a microcosm. Higher Love is entirely raw and up close. Too close, in fact, to gain any sort of comfort. Oswald perfectly captures the struggle of many addicts; that is, someone who does want to get sober, but often lacks the support system and a generally healthy environment to do so. Yes, people who abuse drugs should be responsible for their actions, but that shouldn’t mean they’re left to fend for themselves.

Oswald’s vérité style is perfect for the material, providing an unvarnished look at addiction that is, at times, overwhelmingly effective, even if it may never break new ground in this kind of conversation. But after only 78 minutes, you’ll feel as if you’ve spent years with these people.

I like a good title pun, so Meat the Future was immediately in my good graces when I became aware of its existence. Luckily, the actual content of the film delivers as well.

By 2050, experts estimate meat consumption will nearly double, meaning we would have to increase production and slaughter to an impossible rate. Studies also indicate livestock is one of the main causes of greenhouse gas emissions. Basically, along with an ever-rising worldwide population, we’re on the verge of reaching an impasse in the industry, without a strong sense of how to alter our trajectory.

This is precisely where Memphis Meats hopes to step in. The company focuses on food technology; specifically, growing sustainable meat from animal cells. No slaughtering, fewer greenhouse gases, but still delivering the same taste in your next burger as “traditional meat”. And yes, it’s actual meat — not Beyond Meat or a “meat alternative” — with all the tissue, tendons, and fat intact. Science!

Director Liz Marshall follows co-founder and CEO Uma Valeti and the rest of the firm in the middle of their eventful journey in preparation for when they eventually come to market, everything from working to reduce the cost per pound — the current $1,700+ price per pound might be slightly high for meat I’ll most likely cook horribly and drown in a sauce to make up for it — to fighting legislation that threatens to falsely label their meat similarly to meat alternatives when they eventually hit shelves.

All in all, Meat the Future is a pretty persuasive call to action for more ingenuity in food production and the acceptance of it, even if the film’s nuts and bolts approach may start to wear. After all, it literally affects all of us, so why not, you know, make improvements a priority? Seems reasonable.

Thank you for reading! What are your thoughts on the 2020 Melbourne Documentary Film Festival? Comment down below!

Film Review – They Shall Not Grow Old...