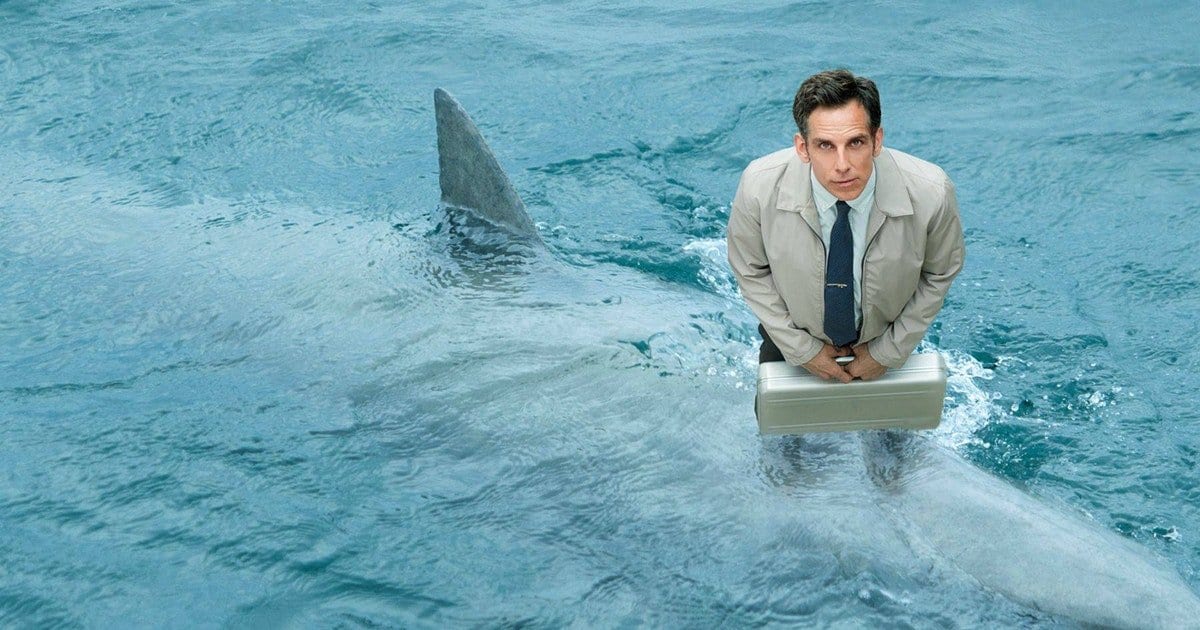 Some movies can only truly be enjoyed in certain situations. The Notebook (2004) is the best movie to watch when you are hopelessly in love. Ratatouille (2007) can only be enjoyed if you have a large amount of food available to munch on. And Batman v Superman: Dawn of Justice (2016) can only be enjoyed on a desert island when there is absolutely nothing else to do.

We all have movies we watch in certain situations. The following movies are what I watch in a few select situations. Feel free to add what you guys watch in specific situations in the comments!

I am the biggest Eminem fangirl so this one is really a no-brainer for me. Southpaw stars Jake Gyllenhaal as Billy Hope, a world-famous boxer who runs into tragedy and has to rebuild his life from its crumbling foundation.

First of all, Eminem is an excellent motivational rapper; Marshall Mathers has always had a way of lifting up the broken. He provides hits in this film soundtrack like “Kings Never Die” and “Phenomenal” that are absolute bangers. Second of all, Gyllenhaal is one of the greatest actors currently working in Hollywood. I’ve never seen someone able to portray grief so convincingly. He completely adopted the character of Billy Hope, differentiating from the numerous other roles he’s been in. 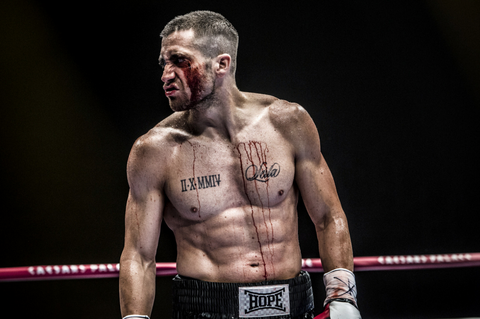 I come to Southpaw when I’m feeling low because it shows me that no matter how low I sink, there is always redemption. I can always get better and get on top again, just like Billy Hope. My past doesn’t define my future — I define my future with the hard work I put in today.

Basically any musical can brighten my day right up, but Singin’ in the Rain really packs an extra oomph when it comes to lifting me up. Donald O’Connor, Gene Kelly, and Debbie Reynolds have an infectious demeanor that oozes through the screen and turns my frown upside down. 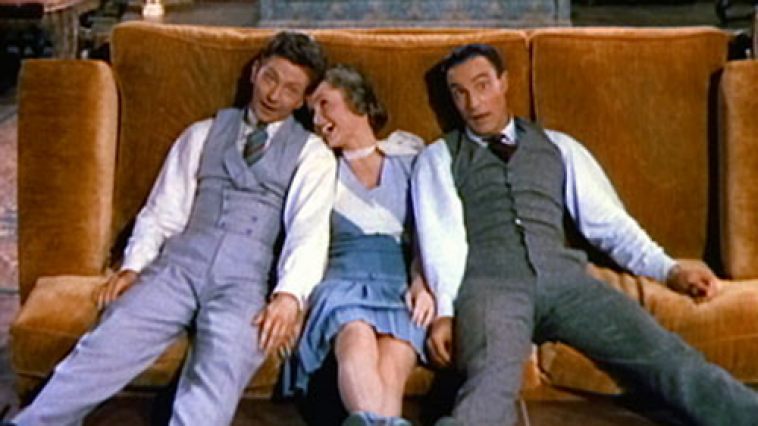 What sets Singin’ in the Rain apart from other musicals is the brilliant use of color. This was the golden age of Hollywood when it came to creating beautiful, eye-popping sets, as color film had been around long enough to be perfected. Singin’ in the Rain‘s vibrant color scheme combined with bouncy songs and high-energy dance numbers create quite the jocular mood.

Even the title itself is a metaphor for happiness: singing in the pouring rain. Even in the darkest times, we can always find something to be happy about. We can always dance and sing about something.

Yes, I did indeed mean to spell edgy like that — that’s how the cool kids spell. I’m a cool kid.

Full Metal Jacket has a lot of blood and a lot of violence and a lot of innuendos and a lot of cursing. To be honest, it’s quite a lot of everything, which is why I love it so much. When I’m feeling like my world is getting a little boring or ordinary, I turn to this movie to spice it up a little. Nothing spices up life like a little death.

But seriously, Stanley Kubrick’s Full Metal Jacket is a cinematic spectacle with suspenseful action sequences and realistically gritty war drama. It is one of the best films to show the darker side of the Vietnam War. It doesn’t sugarcoat anything and puts all the dirty laundry right in your face for you to interpret how you like. You can watch it for the morals, the action, the philosophy, or just for the sheer grit factor and you’ll always go away satisfied.

When I’m Feeling Spontaneous: The Secret Life of Walter Mitty (2013)

The Secret Life of Walter Mitty is one of the most overlooked movies of the decade. Starring Ben Stiller, we follow the journey of a menial office worker from ordinary to extraordinary. It is one of the most inspiring films I’ve ever seen and I wish more people could see the film for what it tries to convey.

The Secret Life of Walter Mitty always reminds me to let go and live my life. Of course, I’m not as lucky as Ben Stiller to visit Iceland or the Himalayas, but that doesn’t mean that my life can’t be beautiful. This lesson is further ingrained in the film when we meet Sean O’Connell (Sean Penn), a famous photographer for Life magazine; he teaches us to slow down and just savor the moments that come our way, no matter what they are.

I really enjoy this film because it’s inspiring. It has the feel of an art film with greater production values. Not to mention that the soundtrack has some great indie tracks from artists like Of Monsters and Men and Junip that are inspiring in and of themselves. The whole film is a beautiful collaboration with such artistic value that everyone deserves to enjoy.

When I Want to Escape: Harry Potter and the Sorcerer’s Stone (2001)

Harry Potter is one of the very few series that translated well to film. Director Chris Columbus made the magic of the books come to life on screen with delightful (though often cheesy) computer imagery. The casting of the main trio — Daniel Radcliffe as Harry Potter, Emma Watson as Hermione Granger, and Rupert Grint as Ron Weasley — is perfect and probably the best casting I’ve ever seen for a role.

Because Harry Potter and the Sorcerer’s Stone stays so close to the book (at least tone-wise), I particularly like watching it when reality becomes too much for me to bear. I’d like to note that I especially like the first movie in this series, as it is the only one that really has a happy ending and doesn’t have a sense of dark foreboding hanging over it. 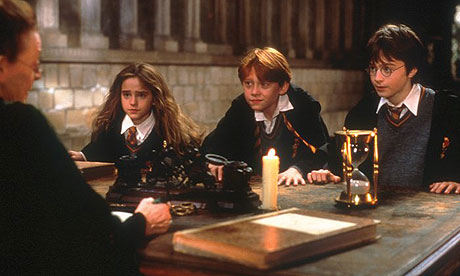 While I’m not a huge fan of J.K. Rowling’s retrospective editing of her series (I like to think she is the George Lucas of novel-writing), I have much to thank her for when it comes to escapism. The Harry Potter series, particularly Harry Potter and the Sorcerer’s Stone is an enjoyable escape from reality where magic exists and the world incites more curiosity and joy than sorrow and pain.

I’ll admit it: Mean Girls is overrated. That doesn’t mean I love it any less, though.

What I love most about SNL alum Tina Fey’s raucous comedy is how quotable it has become. As cliche as they’ve become, Mean Girls are always one of my favorite go-to’s in daily conversation because of how inane they are. And inane is the exact feeling I crave sometimes.

The plot itself is pretty rote — less popular girl (Lindsay Lohan) wants to be friends with more popular girls (Rachel McAdams, Amanda Seyfried, and Lacey Chabert) and leaves behind less popular but more genuine friends (Lizzy Caplan and Daniel Franzese). Of course, there’s a love story in there somewhere. However, Mean Girls takes this tired plot and spices it up with stupid gags and hilarious one-liners that really have no business being as funny as they are. I chalk this win up to Tina Fey’s excellent writing, something I’ve enjoyed ever since 30 Rock.

Thank you for reading! What are you thoughts on my specific films for specific situations? Comment down below!

[…] for some reason, Harry Potter has to be the hero of the Harry Potter series. Let’s just all remember that if Neville had […]

[…] I start the same way every time, but the Dursleys really could have murdered Harry. […]

Another great article of yours.