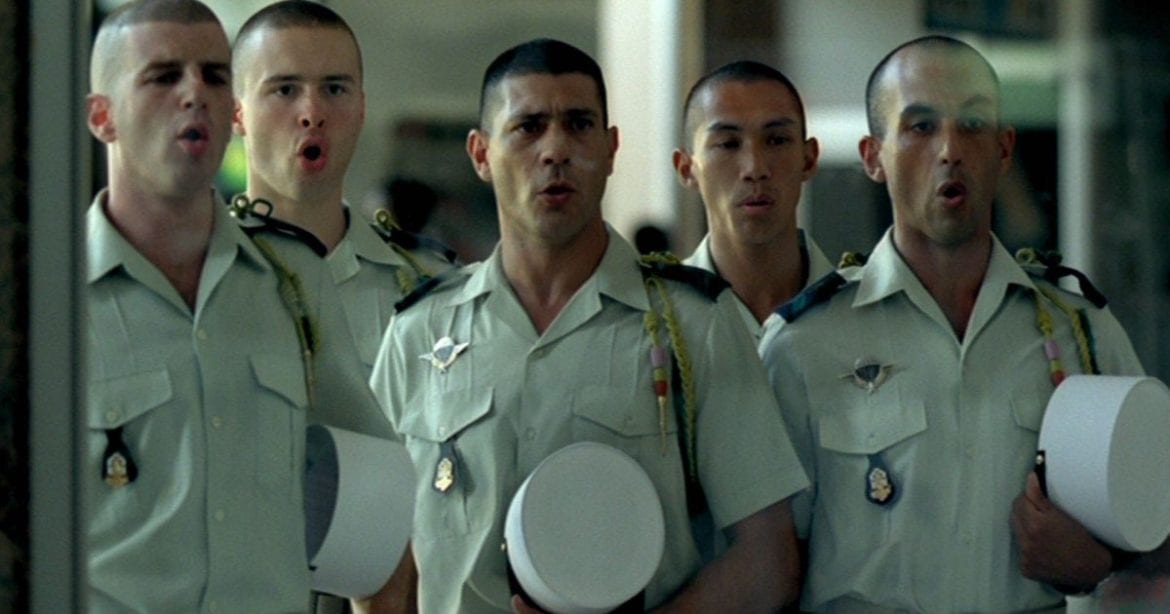 Beau Travail is the 1999 cult classic from renowned director, Claire Denis. It tells the story of Galoup, an ex-Foreign Legion officer who recalls his time leading troops in the country of Djibouti; and thanks to the folks over at Janus Films, the world is finally receiving a brand new 4K digital restoration, supervised by director of photography Agnès Godard and approved by director Claire Denis. From an outsider’s perspective, this seems like something that has been a long time coming and I cannot think of a better way to watch this film for the first time.

What a Story, Claire!

Going into this film, the only other Claire Denis film I had seen was High Life, so I honestly had no idea what to expect. Safe to say, any negative expectations I had were averted completely. Being less of a film focused on war and instead a personal film about the reminiscence of the days of old. The film is told from our main character, Galoup’s perspective and flashes back and forth between his current life and the life he spent by the sea. Seemingly depicting the ways of mundane tasks, the film shows how the Officer lifestyle spans from the time Galoup spent with his troops, right through to his current life back in society.

Although the film doesn’t pack a punch in terms of the usual action you’d expect from a wartime film, it instead packs an emotional punch., looking at the effect that these lesser wartime activities can have on a man’s mind. While the story is told from Galoup’s perspective, we also get insight from two other supporting characters; Commander Bruno Forestier and Gilles Sentain. From these two, we get an additional insight into the toxic masculinity that can occur within the armed forces. As we watch the troops go about their lives, there is a tension that constantly builds in the air as they all seem to silently battle each other to be the top dog. 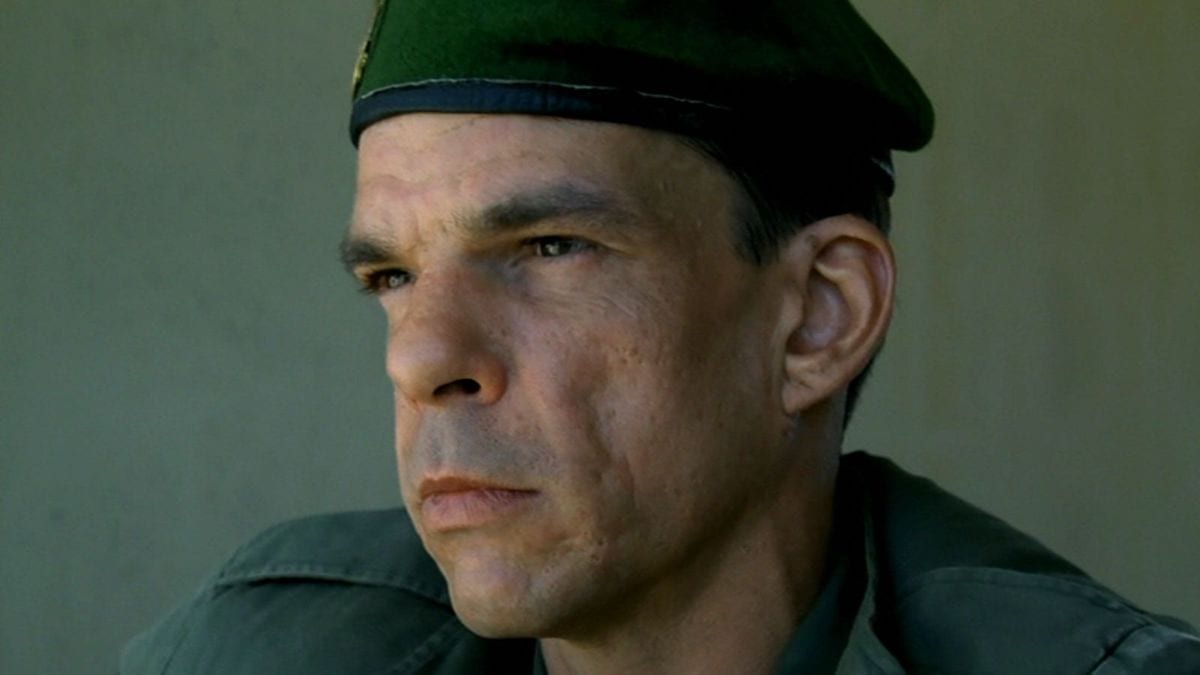 This is all captured superbly in camera by Claire Denis and cinematographer Agnès Godard, and their visuals really shine with this new restoration. The film has an incredibly crisp look to it, with lots of depth to what is captured on screen. An incredibly colorful film, this restoration really picks up the warmth of the Djibouti sun, which just adds to the immersion of the film; feeling as though I was working in the sand, by the sea with these men.

The film also has some incredible camera work, with a lot of gritty moments of handheld photography during scenes of training, among others. Denis also frames a lot of the film in such a way that isolates characters during quieter moments, but also brings a sense of community and inclusion during scenes when all the troops can be seen together.

The Rhythm of the Night

This very small part probably doesn’t need its own heading, but I just felt like I needed to include this reference somewhere in this piece.

The editing in this film is utterly superb. Editor Nelly Quettier gives the film its rhythm of life. It is perfectly paced from start to finish, feeling like an absolute breeze to sit through. The timing and way in which the film jumps from the past to present also lends its hand to the emotional timing of the film.

With this new 4K restoration, we are also greeted with a stunning audio track. Filled with an incredible soundscape, the combination of visuals and audio of Beau Travail aids in gripping the senses of its viewer, never once easing up. With stunning sound design, from crumpling Legionnaire attire to the bustling streets of the main city the film often returns to, the film tends to hypnotize the viewer into a calming state of engagement.

As well as sound design, the Beau Travail is also accompanied by a score that packs a powerful punch. While much of the film is quiet, Charles Henri de Pierrefeu and Eran Tzur’s score is one that can be fairly subdued at times, but can also blast these almost monolithic anthems that build immense amounts of excitement and tension to many sequences. This score adds to the overall atmosphere and hypnotizing feel of the film.

It’s Not All Sunshine and Rainbows, However

While the new restoration for Beau Travail is stunning, the film as a whole doesn’t entirely gel. The overall structure of the film is on point, however there are just a few moments that felt unnecessary and out of place. Although these do not deter from the film overall, the inclusion of them doesn’t really lend its hand to the picture at large. These are really minuscule, sub-plot moments that I can appreciate, but in the end, they just felt forgotten.

Despite that, Beau Travail is a classic for a reason. Claire Denis has crafted a hypnotizing film for all of the senses. While a very minuscule part of the film feels unwarranted, what remains is an engaging journey that grabs you from the moment it begins and doesn’t let go until its final moment. With this new restoration, the film has looked and sounded as brilliant as ever. With stunning visuals and a soundscape to die for, this is definitely the best way to watch this film; especially if it’s your first time! 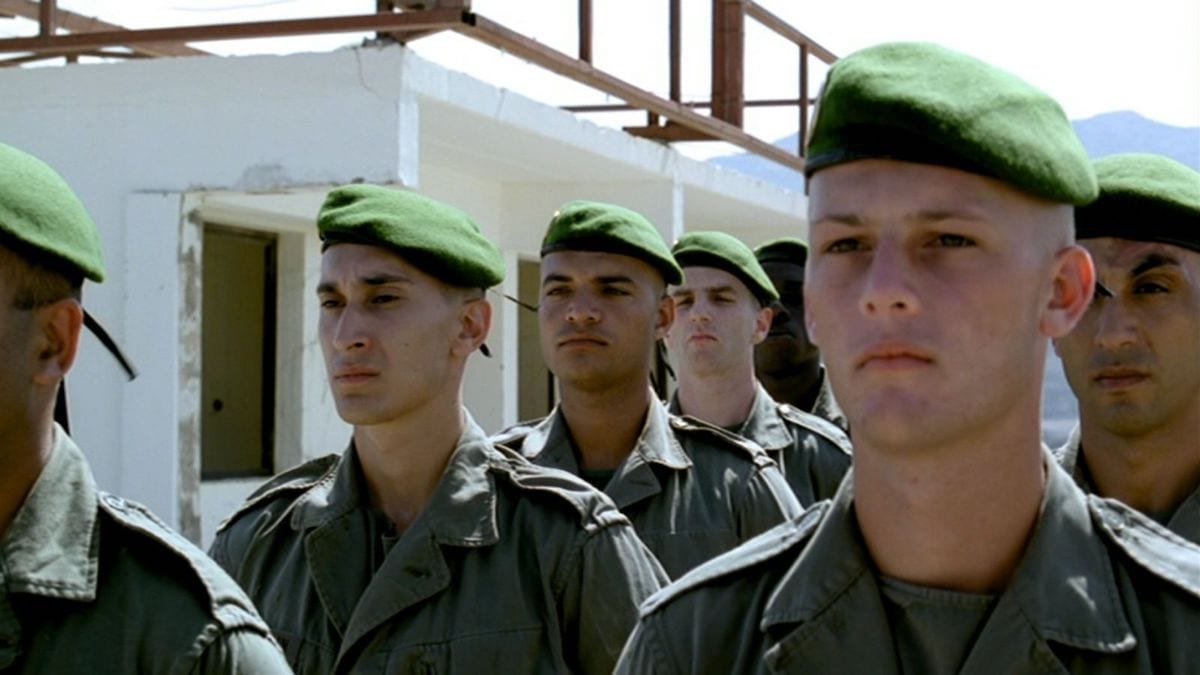 Beau Travail in 4K is available to watch in virtual theaters across the United States. Check the film’s listings here to see the closest location near you.

Thank you for reading! What are your thoughts on Beau Travail? Comment down below!