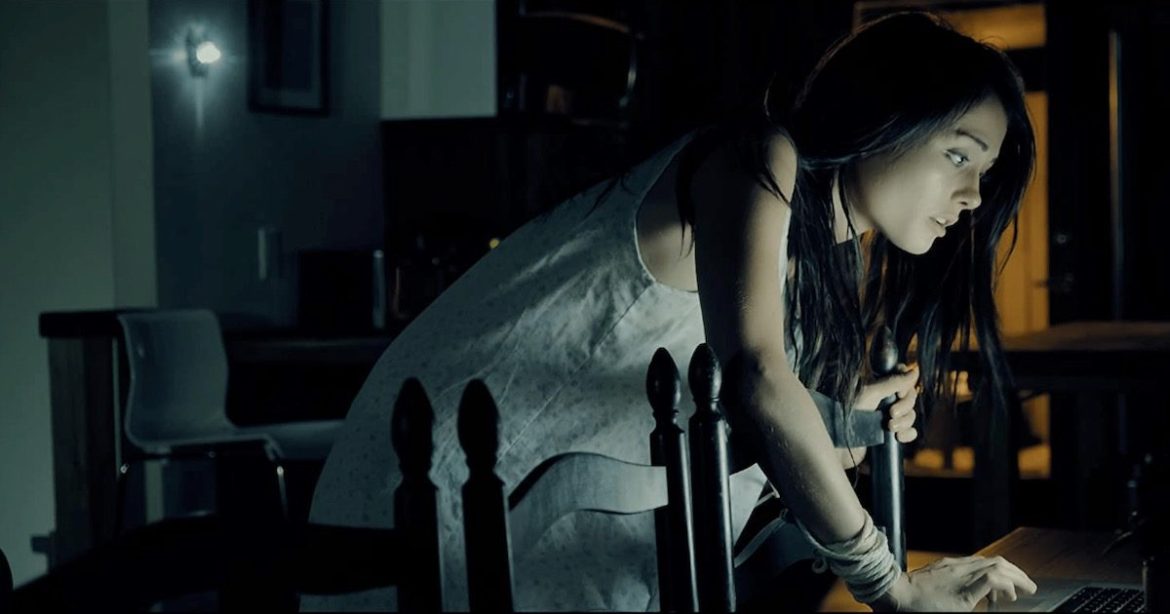 It is difficult not to be utterly impressed by Dangerous to Know. The film is an ultimate passion project, made almost entirely by director David Simpson (known as the author of the Post-Human book series) and his wife Jennifer. With over three thousand shots and a three-hour runtime, you can see a lot of hard work has gone into this film. The three thousand+ shots are solidly crafted too, as can be seen in the trailer at the bottom. Impressive.

So, what is Dangerous to Know actually about? It’s definitely one to be careful of spoilers for, but the rough outline is that Bridget, after going through a breakup from her boyfriend Jordan, attempts suicide. For her to heal, she stays at a cabin for the duration of her recovery. She quickly starts seeing things around the cabin, but she can’t figure out whether her medication is causing her mind to play tricks, or if there is genuinely someone trying to mess with her.

As the plot comes with many twists and turns, that is where the story outline will stop for this review. Dangerous to Know frequently goes into different directions, including shifting focus to different characters. Lead actress Bridget Graham (as Bridget Douglas) definitely was more of a scene-stealer than anyone else. Outside of the acting, characters do not always respond in plausible ways. While I appreciate this might have been a choice to not fall into the trap of usual horror tropes, it’s hard to feel emotionally involved if someone lacks the appropriate emotional response to life-threatening situations.

A big thing to outline is the overuse of sound. The film is pretty much scored in its entirety when, in reality, the score should’ve gone by the standard of “less is more”. It can become more than irritating to listen to the lengthy dialogue scenes with a score regularly overpowering the more soften spoken actors. Long scenes of Bridget being by herself were perfect for scoring, meanwhile, dialogue scenes were straining to follow and might have been more powerful in silence.

Long-running length films can be notable if the story requires it; Midsommar is one of my favorite movies ever, after all. However, Dangerous to Know does not always feel that it needed such an extended runtime, with some scenes seemingly going on for ages. The first part of the film is excessively long; Jordan and a friend drive around in a car talking about Bridget and Jordan’s relationship. Reasonably, ninety percent of the dialogue could have been cut, and I am not optimistic that a lot of the scene was fundamental to the plot.

Nevertheless, Dangerous to Know is an exciting film and a massive passion project with none other than Mike Flanagan as a backer. One can only appreciate this directorial debut. While it is not perfect, it is definitely worth watching for its great sense of style and surprising story alone.

Thank you for reading! What are your thoughts on Dangerous to Know? Comment down below!