Is ‘Love and Monsters’ One of the Biggest Surprises of 2020? 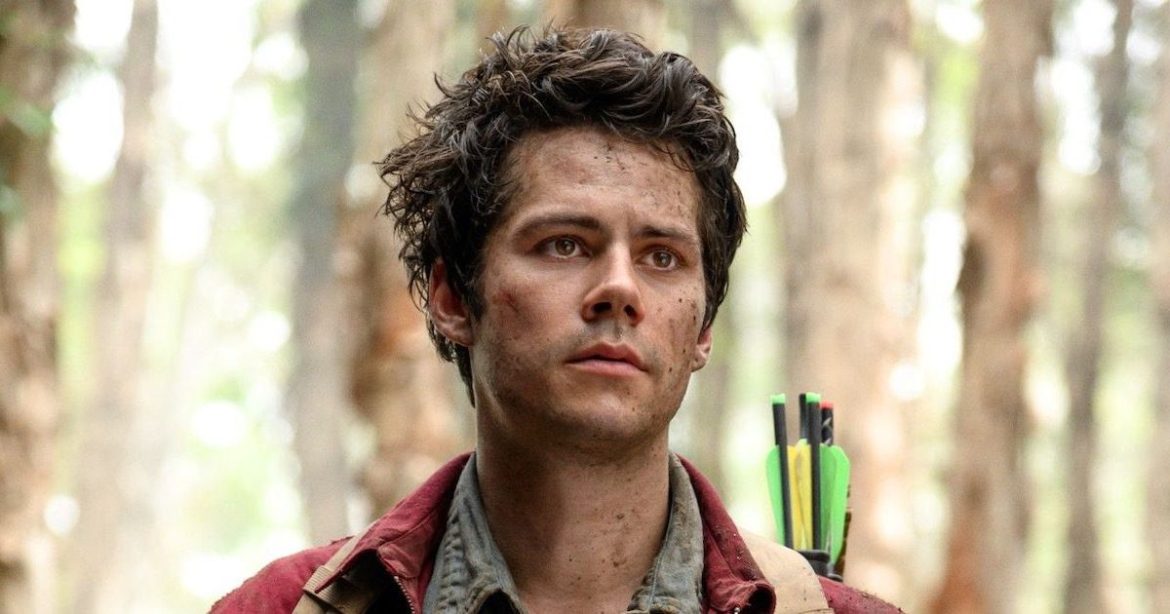 Welcome to a world where monsters are real and the world is in despair. The second feature film by Michael Matthews is set in a world seven years after an apocalyptic event wiped out 95% of the Earth’s human population and caused the mutation of insects and amphibians into enormous human killing machines. Oh yeah, and let’s not forget the president was killed by a giant moth, and toads the size of ponds will eat you! Thus, everyone moved underground seeking shelter. Personally, Love and Monsters may be one of the biggest surprises of the year. Above all else, it’s incredibly enjoyable and much better than it has any right to be.

The premise makes for a fantastic amount of fun as Joel Dawson (Dylan O’Brien) makes his way across the monster-filled apocalyptic world to find his former love Aimee (Jessica Henwick). The story of a man traversing a world full of mutated bugs, as you would have guessed, is slightly cheesy and silly at times, but surprisingly, it’s not as predictable as you would think. Of course, Love and Monsters isn’t a perfect movie. But, it takes this premise and injects as much heart and ingenuity into it as it can.

While the premise was great, so, rather surprisingly, was the CGI. The monsters look incredible and the destroyed decaying world is transfixing throughout. Post-apocalyptic movies continue to be a fascination by many, and while we wait for A Quiet Place Part II to land next April, Love and Monsters allows us all to get our fix for the time being, creating a world overrun by creatures with a taste for human flesh. When the film focuses on its worldbuilding, it sets itself apart from the rest of the post-apocalyptic movie landscape. However, when the film finally reaches its third act, it becomes far more rushed as the focus shifts from monsters as the main antagonist to rather dull, uninteresting, underdeveloped human characters. Yet, despite this, the first two acts are incredibly fun and entertaining. Joel’s “adventure” through this hellscape of a world captured my attention perfectly.

Ultimately, the reason Love and Monsters works as well as it does is because of Dylan O’Brien. His performance isn’t exactly new — he channels a lot of the same beats he used in the Maze Runner series — but he absolutely kills it as the charming, funny, nervous, and unprepared Joel. Although many of the characters are underwritten, O’Brien imbues his character with plenty of emotional resonance that isn’t on the page as he revisits loss and overcomes the fear and grief of the past seven years.

Along the way, his relationship with his dog “Boy” (arguably the best character in the film!) adds a new sense of enjoyment — if you’re going to explore a dangerous world full of dangerous beings, you need a fun sidekick, and Boy fills that role wonderfully. Alongside him and Boy, the uncanny pair of Michael Rooker and Ariana Greenblatt also added a nice, unique presence as both gave two of the shortest but sweetest performances this year.

While on the subject of performances, everyone involved in the making of this movie should be proud, especially director Michael Matthews. Yes, the plot is simple and has been done many times before in many different iterations, but it feels strangely fresh thanks to regular flairs of inventiveness. It’s funny, clever, and has exactly the right amount of emotional value, mixed with bittersweet humor, for many audience members to really get behind and enjoy.

At the end of the day, Love and Monsters was never designed to win awards. It was designed to cater more towards young adults and offer a great diversion for less than two hours. There is a lot of joy to be found within this genre mashup; it’s the kind of midsized studio movie we’ve lacked for a while, and especially in 2020. With the ending leaving the door open for a sequel, It’s fair to say I’m definitely on board as the story possibilities within this world are endless. Love and Monsters is quite possibly the best version of what this kind of movie could be, a fun experience of adventure and joy and one that will certainly go down as one of 2020’s best surprises.

Thank you for reading! What are your thoughts on Love and Monsters? Comment down below!

[…] the right hands, Cadaver has a premise that could have very easily been one of this year’s best surprises (or at least a fiendishly entertaining diversion for almost 90 minutes) but we’re left with […]

Harry Potter Should Have Died in ‘The Chamber...