Rejoice! Rejoice! James Gunn is Back to Direct ‘Guardians 3’! 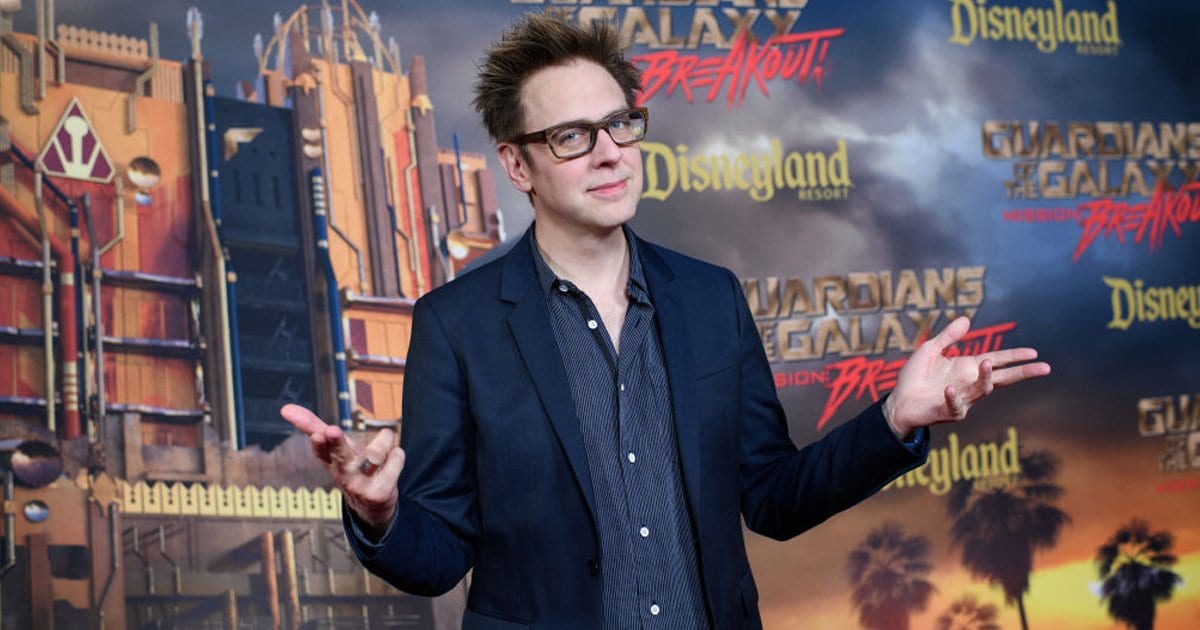 Behold! James Gunn is returning to direct Guardians of the Galaxy Vol. 3 after Disney’s decision back in July 2018 to kick him off the project. The overwhelming support for the director brought the company an extra slew of unwanted press upon that decision, including a letter of support from the cast of the Guardians films. But now, Disney has changed their minds. So what happens next?

Guardians of the Galaxy Vol. 3 Is Still a Long Way Off

If you know the Marvel Cinematic Universe, you’ll also know they’re running a tight ship. Therefore, anything that legitimately gets in their way will cause a shockwave of consequences, such as shifts within their movie slate. James Gunn’s departure delayed the project for a whole year to 2021. This is especially important considering the movie was going to headline Marvel’s upcoming new wave of Phase 4 films and mark a new direction for the universe post-Endgame.

What many fans of the MCU may not realize is that Guardians of the Galaxy Vol. 3 could now potentially come out later. As reports from Deadline and the Hollywood Reporter suggest, in the midst of Gunn’s contract with Warner Bros., production on GOTG Vol. 3 will commence after he wraps his work on the Suicide Squad sequel.

This significant detail might prolong the delay. The next installment of Suicide Squad is set for August 6th, 2021. With Marvel Studios willing to cooperate, Guardians 3 will likely not come out any sooner than November 2021, which is one of the studio’s set-in-stone mystery film release dates. In the worst case scenario, it would be no later than some time in 2022 — five whole years since Vol. 2.

Such a long wait will be painful for many of the MCU fans. The controversy certainly shook up the plans Marvel had going forward. And although it’s clear Kevin Feige is quick with coming up with new and effective plans, there’s a factor outside of their control to consider.

A Director Working for Two Camps 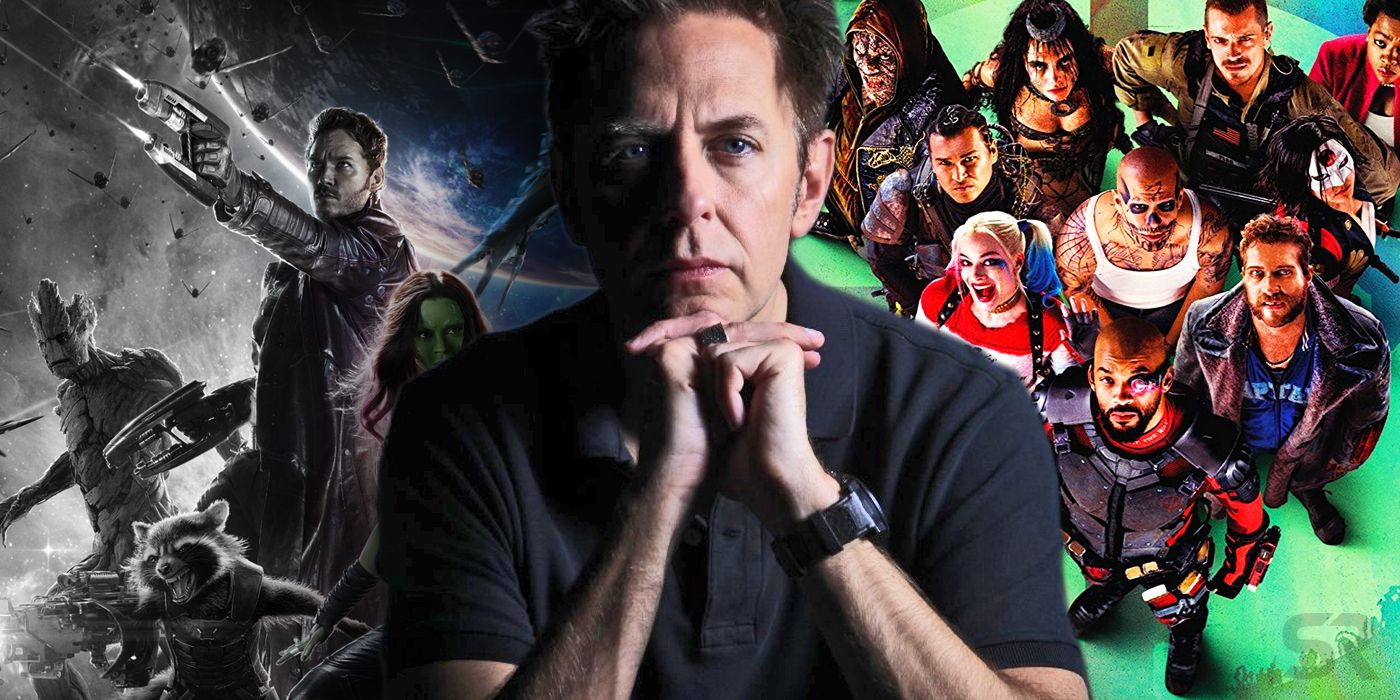 It’s quite ironic that the person most benefiting from the conflict is no other than James Gunn himself. Who would’ve guessed the screenwriter for both of the live-action Scooby-Doo movies would go on to work for the two biggest superhero blockbuster brands?

As mentioned earlier, James Gunn will also write and direct the sequel for the Suicide Squad, which is seen as a major reimagining of the team. The partnership with the Big Two of the superhero storytellers will create complications going forward. Only time will tell what kind of contract Gunn did negotiate with Warner Bros.

There are many speculations whether it pertains to a multi-picture deal, which could all play into his future in the MCU. Many including myself believe Vol. 3 will be his final movie for the Marvel franchise, marking him as the first MCU director to ever direct an entire trilogy. James Gunn did a lot for the franchise and having this be his final hurrah would be a perfect send-off.

Working for two major companies at the same time will be difficult and time-consuming. It’s only natural Gunn would want to settle one universe after he completes his projects for each of the two. Working on a superhero movie takes a lot of work. Directors such as Joss Wheadon or the Russo brothers can attest to that. For the fans and the people who worked closely with Gunn, Disney’s recent move seems like a no brainer, however, will it be worth it? I was one of many to find this news as a surprise. Disney is a major company who has a history of always running away from any sign of a PR nightmare. And now they opted for a decision that might come back to bite them from that perspective.

The press tours will come under major scrutiny. The public was pretty vocal with their disappointment about the departure of Edgar Wright from his Ant-Man passion project. Peyton Reed was booed at a Comic-Con before the first Ant-Man came out. Marvel did a pretty good job addressing the Edgar Wright situation in the interviews. This, on the other hand, is a bit more serious than that.

There’s going to be a stigma around Guardians of the Galaxy Vol. 3 and Suicide Squad 2, but maybe not as many people care anymore. Even if there are people still offended by Gunn’s comments, it has become a tired topic that will definitely lose steam by 2021 (and beyond). Even if there is that one interviewer who tries to poke the bear, will there even be any reinstated backlash? I doubt it.

What many fail to realize is that the internet can be a bubble without being a representation of society as a whole. We’ve seen that with the case of Captain Marvel. There was a massive amount of negativity surrounding this movie, it seems like anywhere you went, you couldn’t escape it. And yet the movie came out, the kicking didn’t matter because it went on to break records and dominate the box-office.

As exemplified in one of my Captain Marvel articles, your average viewer isn’t aware of these things. They have their own lives, they go to the movies like Captain Marvel or GOTG to relax after a long week. They don’t have time to outrage over what a director or an actress once said.

And There’s Nothing Else To It

And maybe that’s partially why this was the time to make the news public. After Captain Marvel, Disney could learn that the outrage surrounding these movies is white noise. People said, say and will continue to say inappropriate things online and if the people at the center of it are on a path of change, there’s no need to waste any precious moments on something so unimportant.

You retain your right in finding offense to what he said, but you do not actively try to bring someone’s career down. At this point, the director has gotten more support than hate, understandably so. People who worked with James Gunn respect him, and those words tell a stronger tale than diving for past mistakes on Twitter.

Thank you for reading! What are your thoughts on the James Gun situation? Do you agree with me? Comment down below!