Raise a Glass to ‘Another Round’ 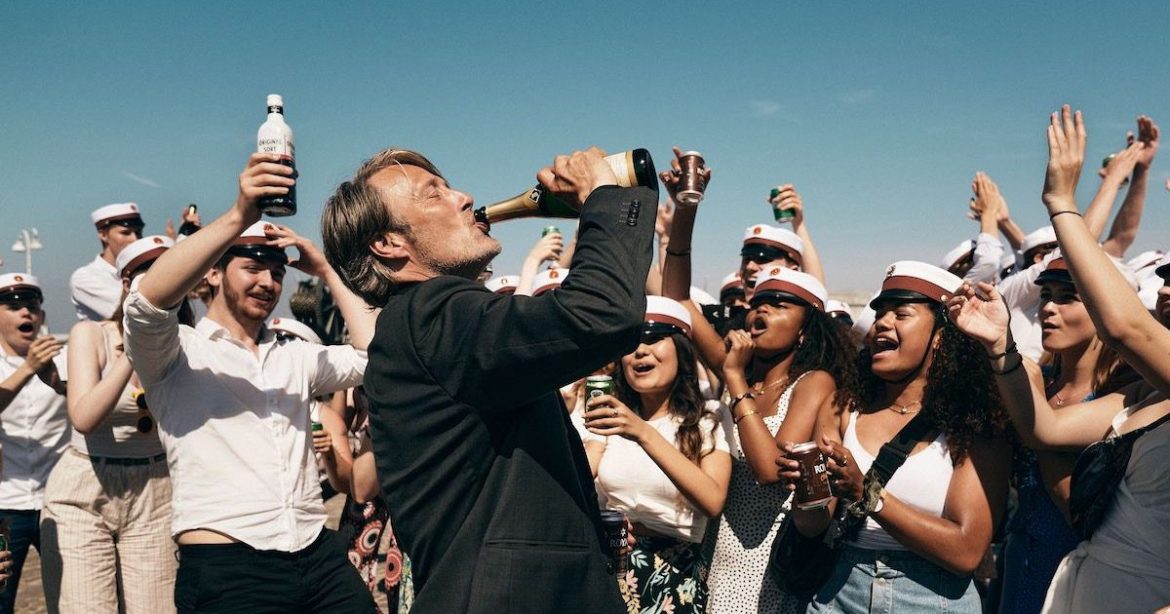 Norwegian psychotherapist Finn Skårderud once posited the idea that humans are too sober. He believed the ideal running level for mankind was a blood alcohol level of 0.05%. (Interestingly, fellow noted scientist Elizabeth Hurley had a similar observation that all Englishmen were two drinks below par. I can neither confirm nor deny this.)

In the Danish/Swedish production Another Round, four friends and high school teacher colleagues decide to put Skårderud’s theory to the test. They agree to carry out an experiment where they maintain that 0.05% level while at work. (For reference, 0.05% is below the U.S. legal driving limit of 0.08%, so it’s a very slight level of effect/impairment. The idea is just this side of making sense for a job based on talking to people. It’s probably not ideal for fighter pilots or surgeons.)

At first, the four souseketeers seem to be doing well. That little confidence boost, the loosening of the tongue, it can feel like a bonus to guys that are jaded and tired. They connect with their students, taking a greater interest in their classes, and that resulting confidence filters through into their home lives as well. Martin (Mads Mikkelsen) was so unengaged with life that his students were calling for his sacking. His family might have been having similar ideas. Slightly intoxicated Martin gets his groove back a little. His classes suddenly have a back and forth, a touch of joie de vivre. Gym teacher Tommy (Thomas Bo Larsen) stops going through the motions and starts sticking up for the quieter, smaller kids who previously hated gym class as much as you’d expect. Father of three Nikolaj gets back to playing with his kids rather than just bemoaning the lack of sleep they cause. Music teacher Peter gets his choir on song… it all seems to be working nicely… 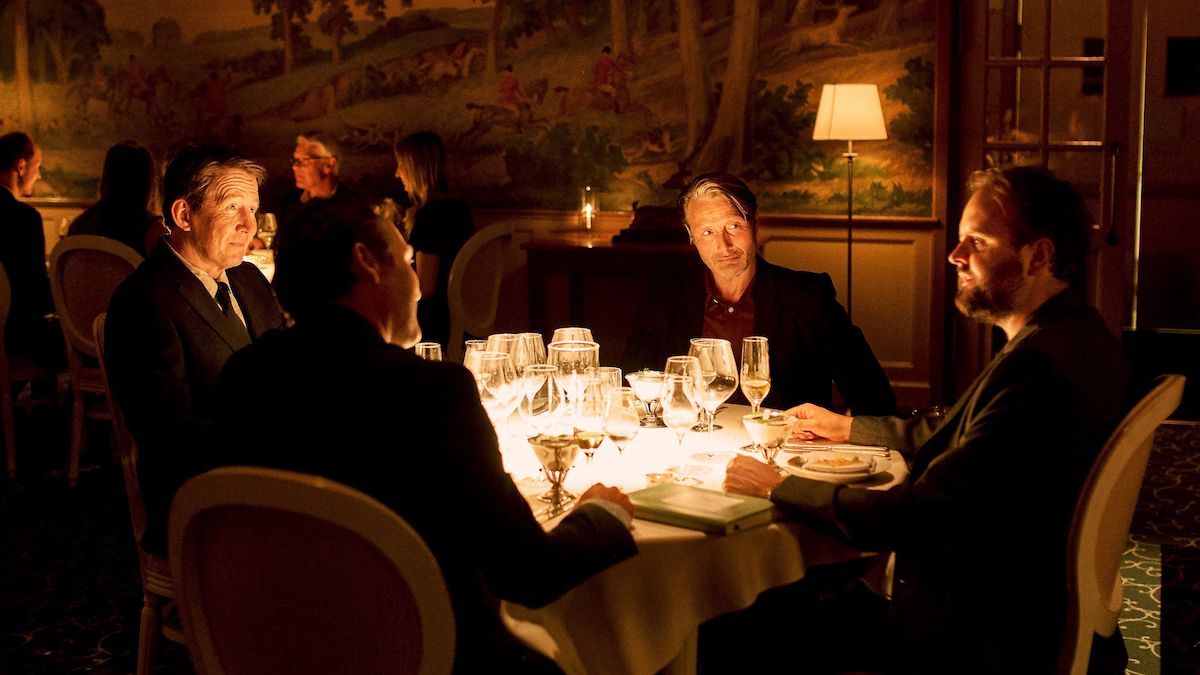 (It means one more in Danish. Don’t say you don’t learn things here.)

The chaps of course are delighted with the results of their experiment. And like many with regrettable tattoos and scars, decide to push the booze envelope. If 0.05% works, why not try 0.06%? Or 0.12%? Obviously that, without going into spoilers, isn’t quite as good an idea.

But this is where celebrated writer/director Thomas Vinterberg gets top marks. If this setup was used in Hollywood, you could see it going in two ways. Either an Old School “middle-aged guys do frat stuff” comedy, or a “booze is bad” morality tale where they spiral into Leaving Las Vegas or, god forbid, 28 Days nightmares.

Vinterberg wisely avoids going all in on the morality and keeps these characters real. That also extends to all the largely inexperienced actors playing pupils at the school who are pleasingly naturalistic throughout.

The Regulars Are In

Both Bo Larsen and Mikkelsen have worked with Vinterberg before, on Festen and The Hunt (no, not that one, the good one from Denmark), to deserved acclaim. Here, they strike gold again, and it wouldn’t be surprising for any of the three to be taking awards home later. Another Round is Denmark’s official selection for Best International Feature Film, and the Academy could do a lot worse.

Mads Mikkelsen gives a note-perfect portrayal of Martin, more than worthy of his star billing. He moves between sadness and joy, love and anger with an elegance that he also displays in a surprisingly wonderful dancing scene. For a man in his 50s, he’s got moves.

All four leads give affecting performances and they are joined in that by Maria Bonnevie as Martin’s wife Anika. Bonnevie and Mikkelsen’s relationship forms the emotional backbone of the film, and is where the most interesting ideas are laid out. While Mikkelsen’s character has been having his ennui-laden midlife crisis, Anika has had to get on with life. The family can’t have both parents phoning it in. Martin might be getting his head back in the game, but is it too little too late? Is it possible to get back to the people you were? Should you want to? If one of you has kept moving, should the other expect their partner to wait for them to catch up?

The problems that were there weren’t due to a lack of alcohol, after all, so alcohol is only going to be a solution in the literal chemical sense.

Vinterberg and fellow screenwriter Tobias Lindholm, who previously collaborated on The Hunt and Submarino, do an exemplary job of weaving all the strands into a conclusion that is moving and thoughtful. The relationships playing out in an engrossing way while never descending into melodrama or pat answers. I can raise a glass to all those involved in this quietly excellent film.

Thank you for reading! What are your thoughts on Another Round? Comment down below!

‘Candyman’ Sours, ‘Spider-Man’ Takes Over the Web, and...