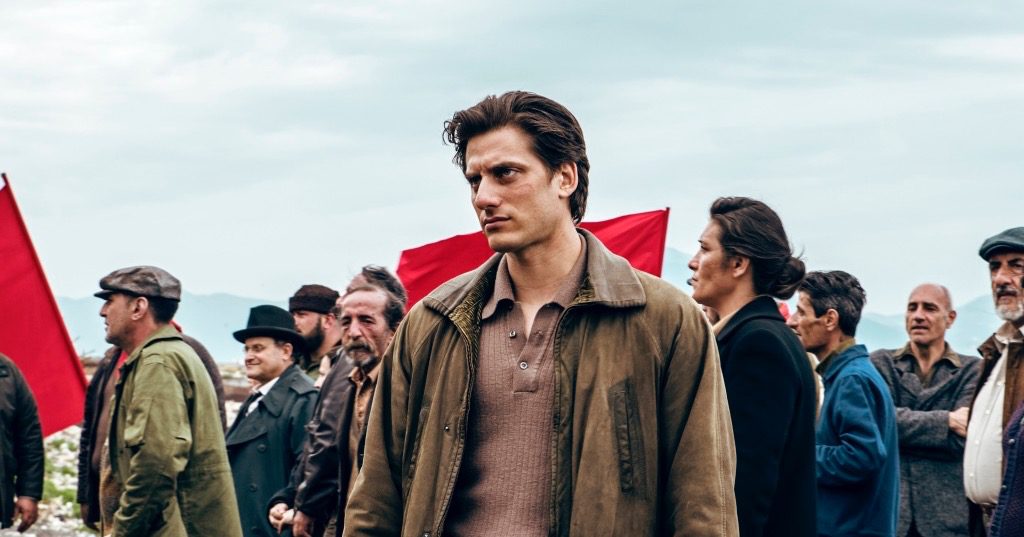 Even if you’ve never actually read anything by Jack London, likely you’re familiar with his two most famous novels, The Call of the Wild and White Fang, which have both been adapted into films a number of times (as recently as 2020 and 2018 respectively). You may have even been assigned the delightfully bleak short story “To Build a Fire” in school. London’s synonymous with images of rugged masculinity eeking out an existence against the backdrop of an uncaring nature. And for good reason. He was an authentic working-class writer who came to the craft after years of sailing the Pacific, panning for gold in the Klondike, and working as an oyster pirate.

But many might be surprised to learn that London was also a committed socialist, a political belief informed by years of grueling, body-destroying labor. It was out of this worldview that London decided to write Martin Eden, which was recently adapted into a film by Italian director Pietro Marcello. Despite the fact that the Italian director transported the events of the novel to Italy, the film retains much of London’s basic outline, including dialogue nearly mimicking what’s in the book. Marcello’s Martin Eden isn’t only a smart adaptation, it’s also one of the few examples of a European director pulling from the American literary canon rather than the other way around.

Martin Eden is the story of two lovers separated by class. After saving an upper-class scion, Arturo, from a beating, Martin Eden, a sailor, is invited to his family’s bourgeois estate where he meets Arturo’s sister Elena. Instantly, Eden falls for her, and becomes determined to elevate himself as a suitor worthy of her affections.

Elena suggests that Eden first work on his grammar, which sends him on a journey of self-improvement to not only know how to properly conjugate his verbs but also to read anything he can get his hands on. He falls in love with the written word so much that he soon becomes enchanted by the idea of making it as a writer, and after a final stint as a sailor, he takes a cheap room as a boarder where he hones his craft.

At Eden’s first supper with Elena’s family, her mother, like the good upper-middle-class woman she is, tells him that she believes that education is how we eliminate poverty, and Eden eagerly agrees. But in the end, he finds that there are limits to education. As an autodidact, Eden can teach himself anything he wants, but he still lacks the wealth necessary to make a good match for Elena. Elena’s father offers Eden a job, but it would mean giving up the one thing he loves and is good at: writing.

Director Pietro Marcello’s greatest trick is to disrupt our sense of time. He subtly melds clothing and technology from different eras, and shoots the film using beautiful, grainy 16mm film, which allows him to seamlessly incorporate stock footage with the audience barely noticing. Throughout, silent film as interstitials function to either motion towards the tumultuous twentieth century or point us towards Eden’s interior state. At some points, we might see film stock of revolutions or, while Eden’s at his lowest point, we see an image of a sinking ship.

Not only do these stylistic flourishes liven up a story from 1909, but they also place Eden within the broad political context of the twentieth century. It’s a film about Eden’s attempt to crawl his way out of his class, but it’s also about the historical tumult and eddies that can disrupt our lives. We can’t choose our class like we can’t choose our century; we’re born into both. 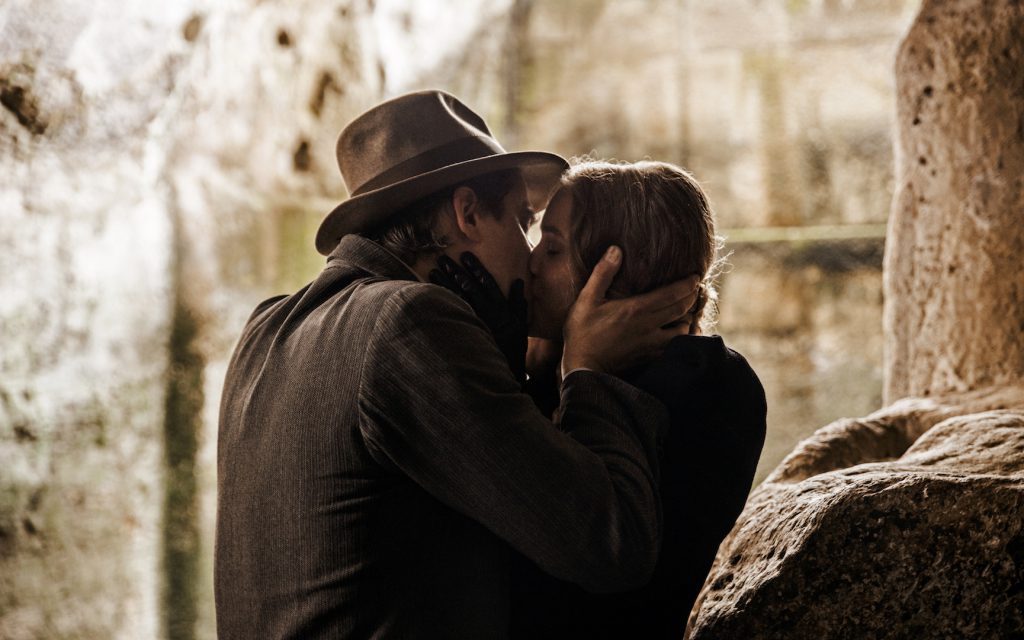 The Book vs. The Movie

I’m of the mind that a film adaptation should ignore fidelity to the source material if it suits its goals. Novels and film are two different mediums, and you have to know how to translate between the two. But I was genuinely surprised by how closely Martin Eden the film followed Martin Eden the book. Certain scenes appear lifted nearly wholesale. At the same time, the movie knows the narrative had to be streamlined, and a few of my favorite parts of the novel have been excised.

My favorite character in the novel, Joe Dawson, makes no appearance in the film. Eden’s boss at a laundry, Joe’s struck by his new employee’s grit and hard work. And while Joe takes pride in his job, which involves laundering the clothes of wealthier people staying at nearby hotels, it also grinds him to a nub.

Ruefully, he spends the weekday climbing up a mountain of work and the weekends drinking, a habit he just can’t break. More than once, Joe wistfully reminisces about the time he contracted typhoid: “I was sick once — typhoid. In the hospital two months an’ a half. Didn’t do a tap of work all that time. It was beautiful.” Eventually, he decides to ride the rails as a hobo, a life that seems more fulfilling than sweating over the clothes of his betters.

The film also doesn’t have the time to delve into all of Eden’s troubles publishing. In the novel, we follow Eden as his writing skills expand and he learns how best to actually land one of his stories in a magazine. The details of Eden’s struggle clearly come from London’s own experience, so they’re incredibly vivid and true to the times.

Eden first sends out hand-written manuscripts before realizing that no one will read his work unless it’s typed, which in turn means renting a typewriter, and additional expense he juggles the cost of the typewriter along with postage for the manuscripts. These sorts of difficulties take up much of the novel, including Eden’s constant anxiety about money. And they speak to the thousand tiny cuts that eat away at the poor every day. Martin Eden was written by a novelist who understood the gnawing anxiety of poverty, and the film can only motion towards this experience.

It’s understandable why the film removes or minimizes this material. And it actually improves on one of the central elements of the novel: the love story. In the novel, Elena can be condescending to Eden, and when he finally does “improve” himself through reading, he returns the favor. It’s hardly one of literature’s great romances, which doesn’t sink the story because the main point lies in class conflict, not relationship drama. But in Marcello’s film, Luca Marinelli and Jessica Cressy bring this relationship to life. Marinelli transforms brilliantly and believably from a happy-go-lucky laborer to a tortured author. For her part, Cressy plays Elena as reserved rather than prim. In order to visualize her letters to Eden, Cressy speaks directly into the camera, lending an intimacy between the two characters who are separated for stretches of the film.

Martin Eden: Movie Film for Theaters stands as a wonderful adaptation, which is all the more remarkable because it’s of a novel that at first glance doesn’t seem like an easy fit for the big screen. And for a film that pulls an American novel out of its historical and cultural contexts, it’s surprisingly faithful, recreating entire scenes. At the same time, the film adaptation of Martin Eden isn’t stuffy. It plays around with film stock and thumbs its nose at historical authenticity without drawing attention to what it’s doing. All in all, the meeting of Jack London and Pietro Marcello is a remarkable transatlantic partnership.

Martin Eden is currently available to stream through Kino Now.

Thank you for reading! What are your thoughts on Martin Eden? Comment down below!

How San Francisco Ruined ‘Inside Out’

‘The Photograph’ Is a Beautiful Story of Black...