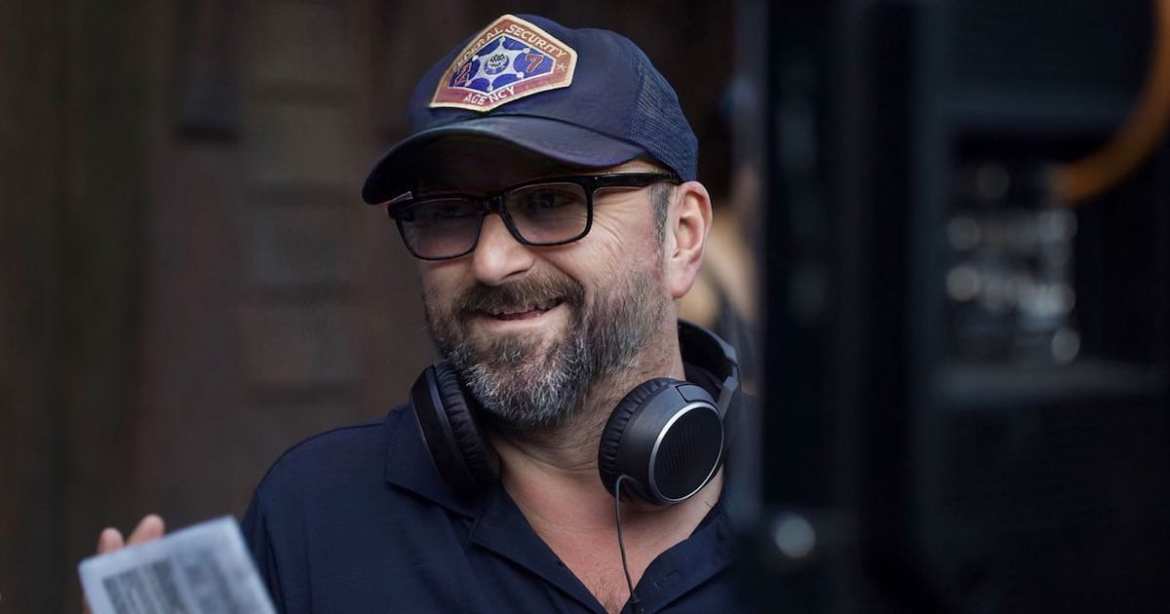 Emerging as part of the “Splat Pack””in 2002 with the cult classic Dog Soldiers, UK director Neil Marshall followed that with the classic horror The Descent before branching out into post-apocalyptic action, Roman-era violence, Sci-fi… It’s been an eclectic career, taking in everything from TV (Game Of Thrones, Westworld) to comic book blockbusters (Hellboy).

He’s now returned to his British horror roots with The Reckoning, a story on the horror of witch trials set against the backdrop of the great plague of 1665. He joined MovieBabble for a chat about his latest venture.

Brian Connor: It’s obviously timelier than you would have liked, having a plague set movie while (*gestures broadly at everything*).

Neil Marshall: Yeah, a weird coincidence as we filmed in Budapest in 2019 so we had no idea it was going to be so topical. Having said that, it’s not a plague movie really, it’s a witch hunt movie that happens during the plague, the focus is on Charlotte (Kirk)’s character and the people ranged against her.

BC: This is your first script not as sole writer, did that change the process a lot?

NM: Well, even with my other scripts I didn’t write in isolation. You bounce ideas off family or use mates as a sounding board over a few beers. There’s always interplay with the cast as well. But it was good to have the direct collaboration. I’ve been friends with (co-writer) Edward Evers-Swindell for 30 years so we work well together. Charlotte’s a great writer as well and particularly as it’s her character’s story, it was important to get her take on things.

BC: You’ve reunited with Sean Pertwee as Witchfinder Moorcroft. He plays a much more grounded Witchfinder than the most well-known previous holder of that title, Vincent Price.

NM: While genre fans might be familiar with the Hammer film, most people really aren’t. We felt that Sean’s character couldn’t be arch or knowing. The serious subject matter demanded a serious performance. The witchhunts were real events where thousands of women were tortured and died, you can’t wink at that.

BC: You must be becoming quite the expert on castles now with this following your work on Game Of Thrones and the castle in Doomsday.

NM: Heh, yes, I´ve spent so much time on scouting locations and arranging the building of castle sets. Doomsday was actually the only one that was shot entirely in a real castle (Blackness Castle in Scotland). But they made an excellent job with the sets on The Reckoning which is important for the authenticity.

BC: So, what’s next on your slate? Staying in the world of horror?

NM: Our next shoot is more of an action-horror, a lighter story more like Doomsday which is looking like a lot of fun.

BC: I look forward to it, thanks very much for your time.

The Reckoning is now available on Shudder.

Thanks for reading, and listening! What are your thoughts on The Reckoning? Comment down below!